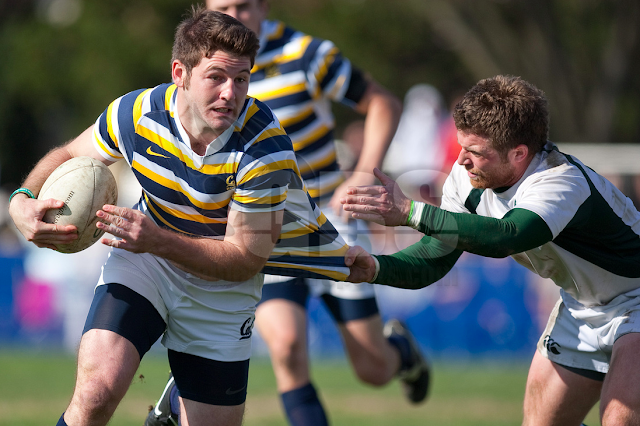 With Witter Rugby Field temporarily a turf field while Memorial Stadium is renovated, all Cal Rugby games will be "away" this year. With a season opener at Sac State, it was a great excuse to visit my family and go thrift shopping at Deseret! 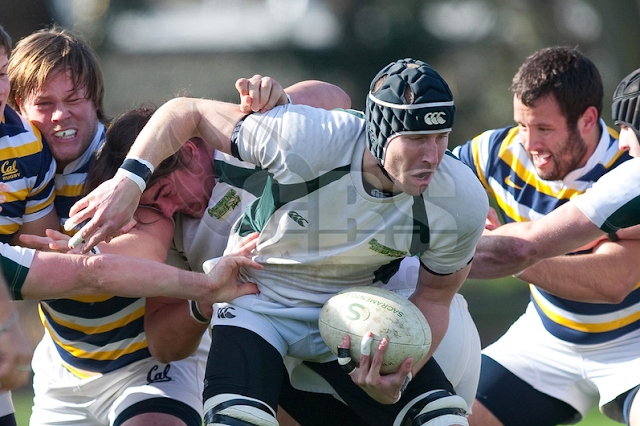 For the first game of the season, the bears put up a powerful 69-3 against the Hornets. 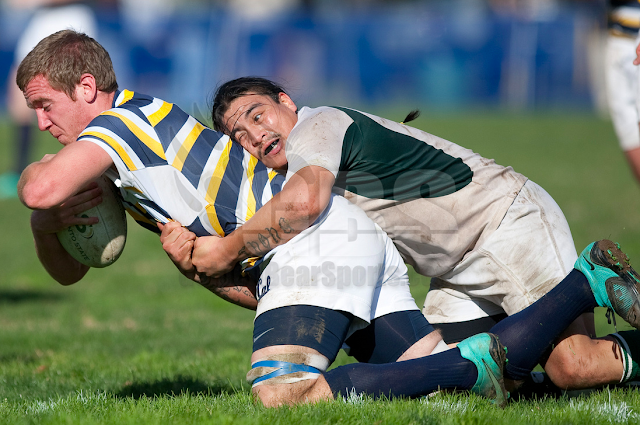 Though I've been spoiled with the idyllic settings and great light at Witter Rugby Field, the Sac State field was a great setting with trees lining the train track that ran behind field. 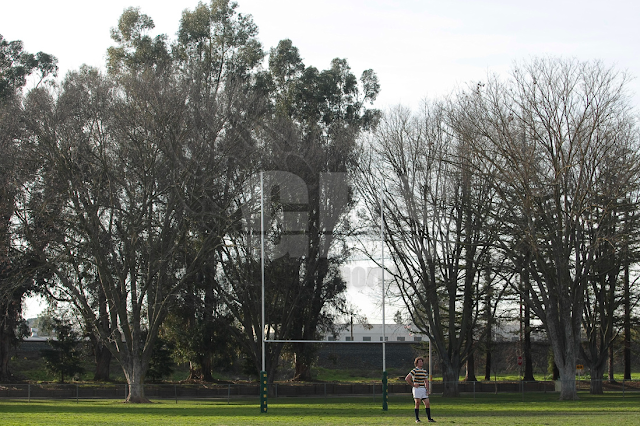 Rugby is one of my favorite sports to shoot because there's always a variety of plays. Most unique, in my opinion, the line-out. 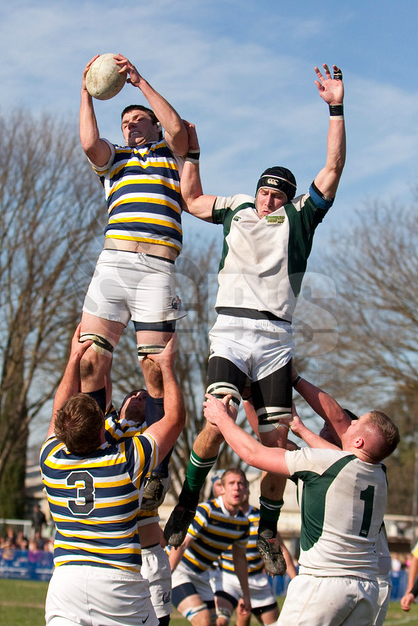 It's also great because the players don't wear helmets so you can get some feature-type photos in between plays. 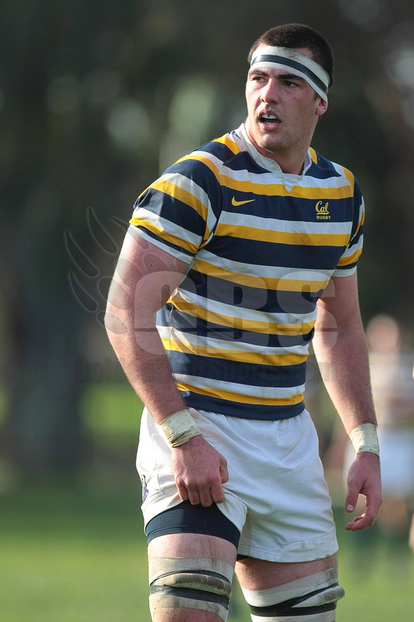 Though I certainly have no desire to play rugby myself. 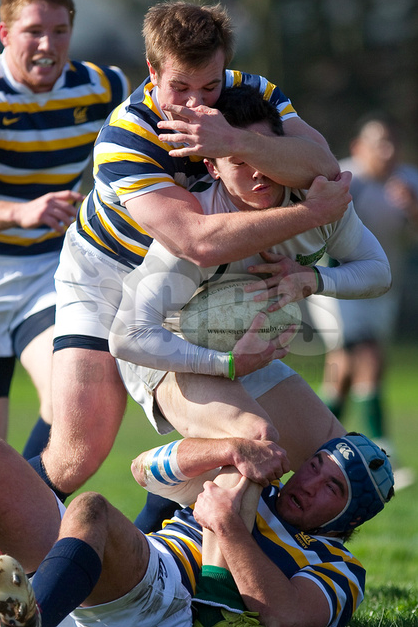 Rugby is crazy to shoot because you have players who notice blood on their hands and without any big scene, check to see if perhaps their nose is broken. 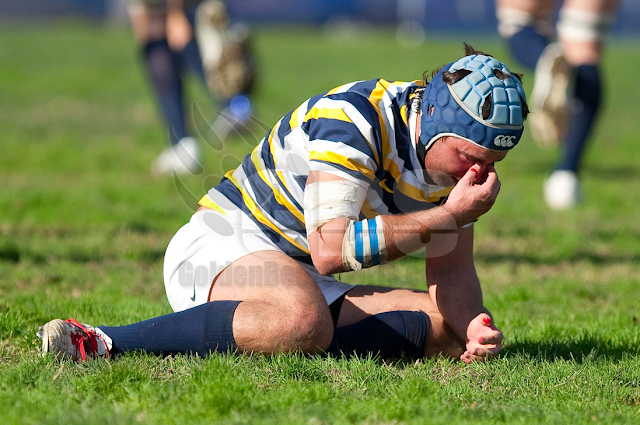 Also, though I haven't seen it before, apparently sometimes the players get their shirts ripped off when tackled. 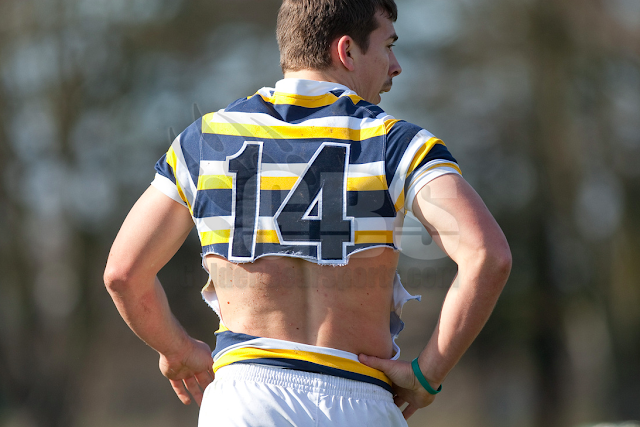 This case was special because the guy who made the tackle... was his younger brother! 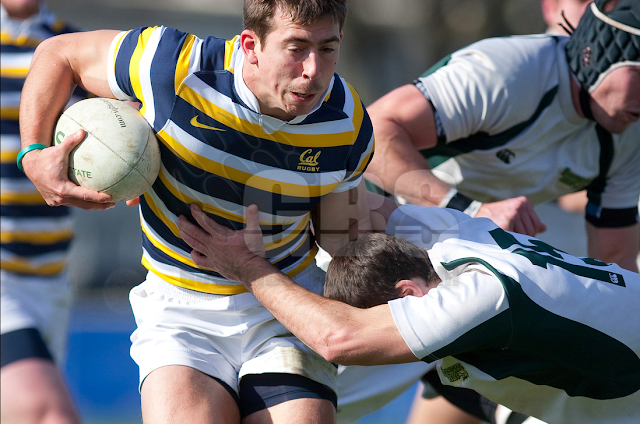 Thankfully the dad chose a neutral colored sweatshirt... but I think those are blue jeans, so we know who he was rootin for, da bears! 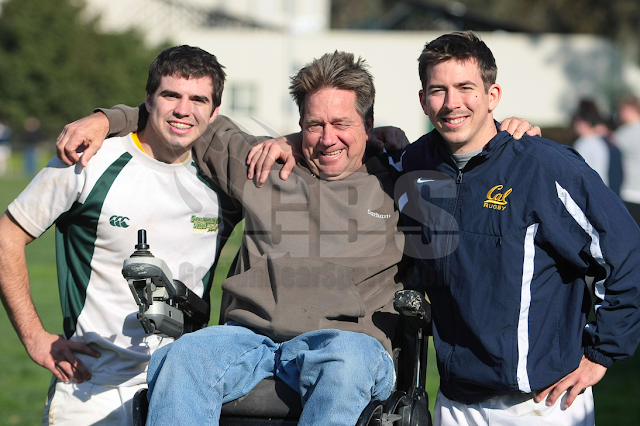 As much as I love to photograph long/unique hair. I wouldn't recommend it for a rugby player! 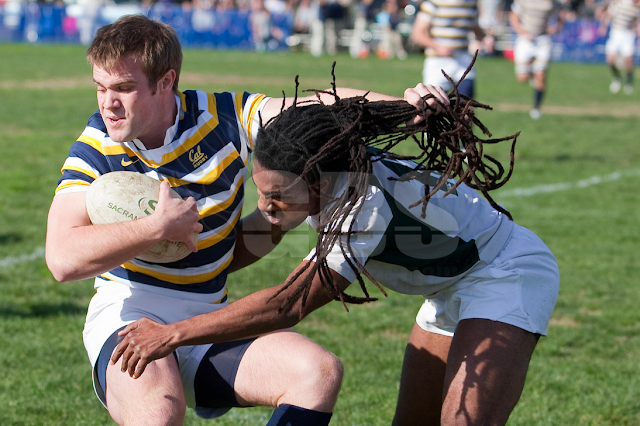 The Cal program has won 25 of the 31 National Championships played. Of those 25, 21 have been under current coach Jack Clark. While other coaches are screaming and running up and down the sidelines. Clark always seems so stoic. 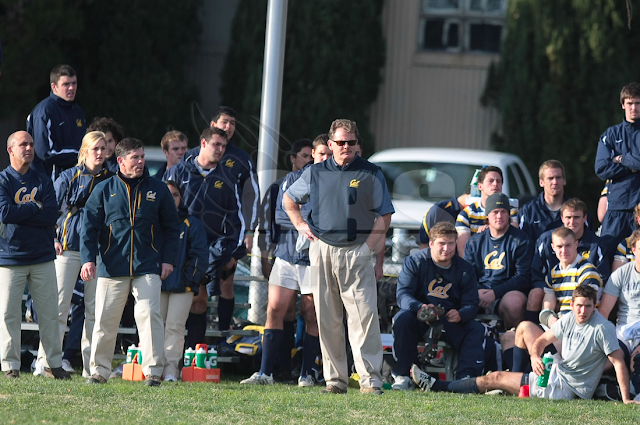 One thing I noticed, after the games, in addition to "good game," Clark thanked the Sac State players, "appreciate the game." This goes along with the Cal Rugby mantra: Grateful for everything, entitled to nothing. The way Clark and his staff run the rugby program should be an example for all sports. 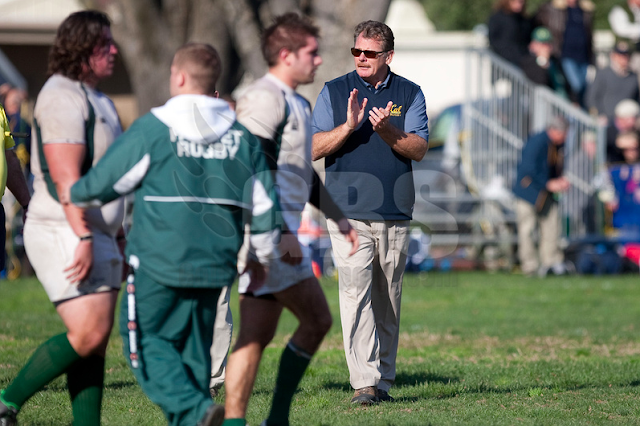 Despite everything, Cal Rugby was selected as one of the five Cal Athletics intercollegiate sports which will lose varsity status next year. To avoid my own personal soapbox of disappointment in this decision, let me instead direct you to savecalrugby.com 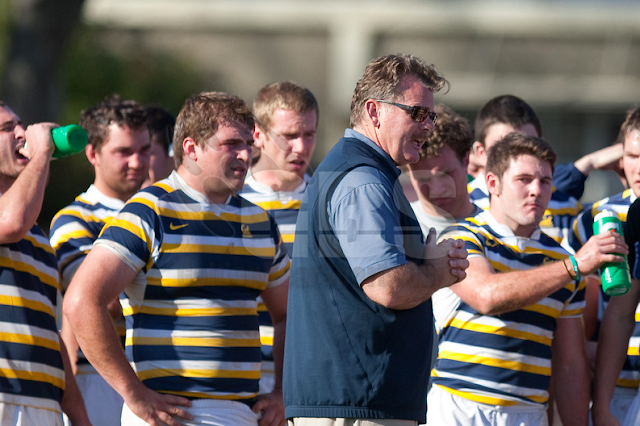