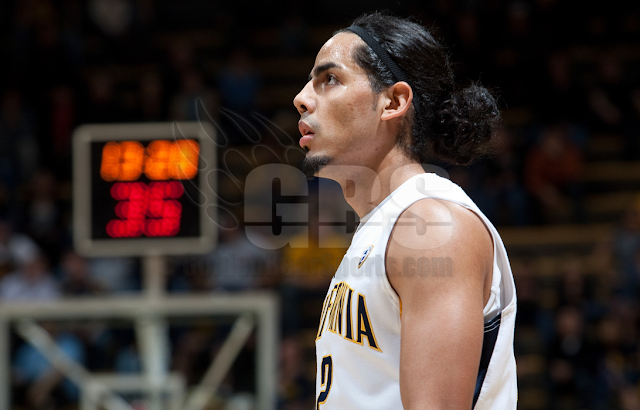 After crew head shots I stuck around Haas Pavilion for the Cal Men's Basketball vs USC. 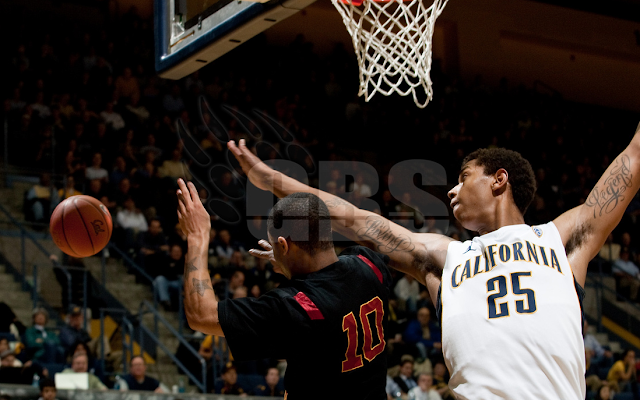 After a painful first half, Cal came out big in the second. But fell in the final seconds 78-75. 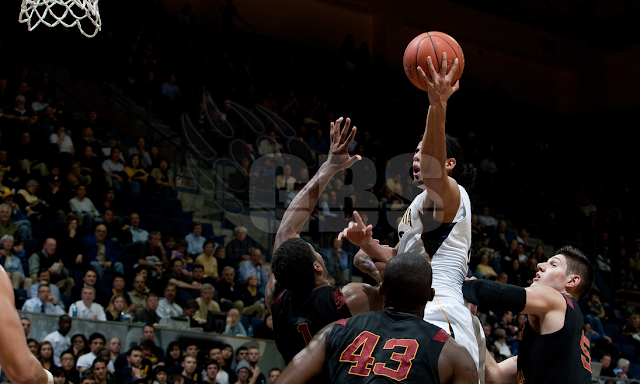 I stayed on the court at half time and was able to catch those cool trampoline flying dunk guys that perform during warriors timeouts... so cool! 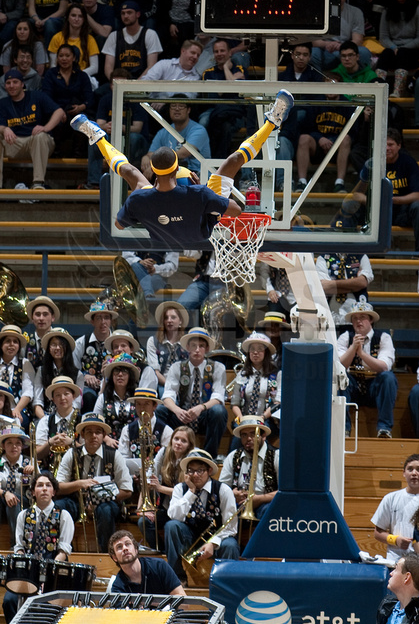 There was also a double celebrity spotting. Former NBA player and mayor of Sacramento Kevin Johnson next to Chez Panisse and California cuisine founder Alice Waters. Both Cal Alumni! 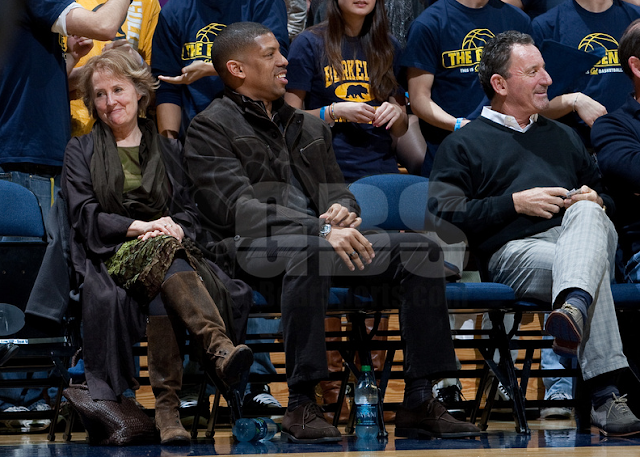 In the final minutes when fouling becomes necessary, Jorge was called for an intentional foul, which led to Donte Smith earning a technical on his retaliation. 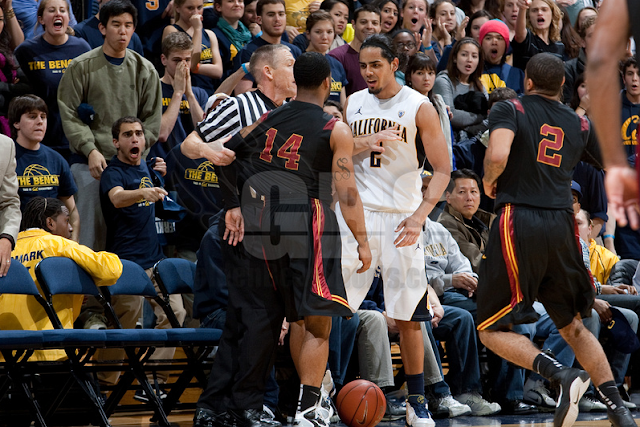 Then the entire USC team stormed Jorge and Jorge received a technical as well.

Was an intense game. Hope they can have a better result on Sunday.