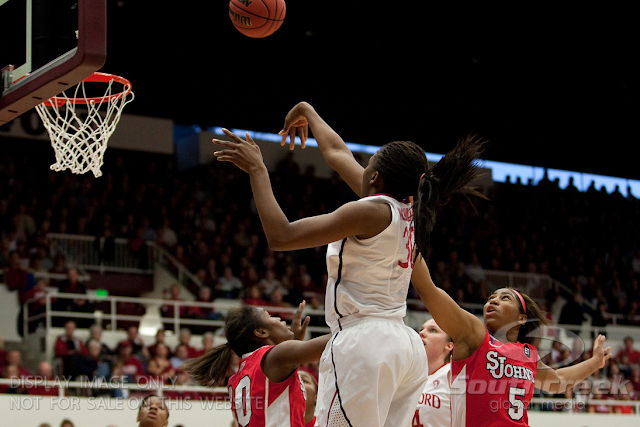 Headed over to Maples Pavilion today for the second round of the Women's NCAA Basketball Tournament. 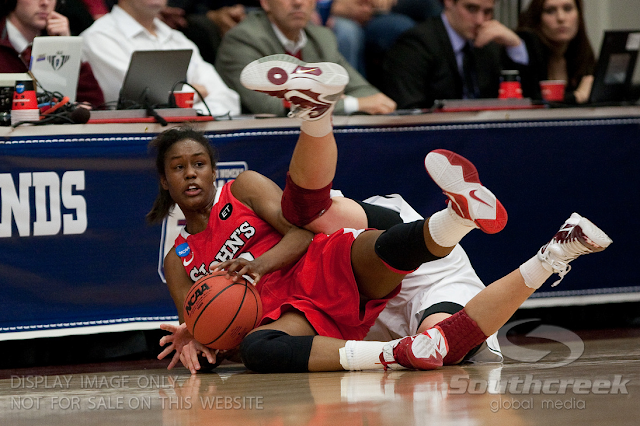 The Stanford Cardinal defeated St. John's Red Storm 75-49. With this being the final game at Maples for the season, seniors Jeannette Pohlen and Kayla Pedersen go undefeated at home all four years. That's amazing!! 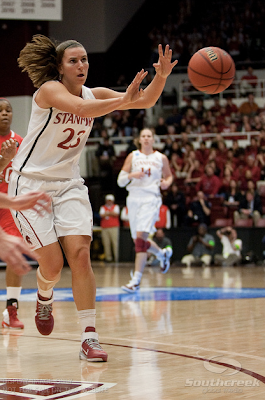 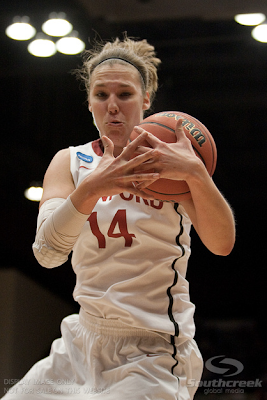 I shot Stanford the first half, after editing at halftime, came out, and all the photographer spots on the Stanford side were taken

So instead of sitting in the second row I stuck with shooting St. John's in hopes for a Stanford reaction photo after a score. 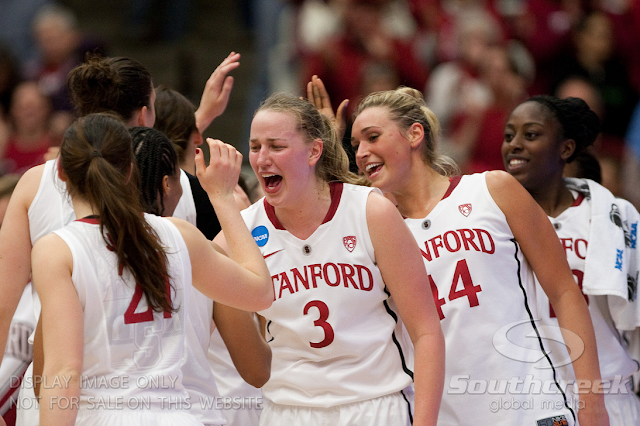 There were some familiar faces in the crowd. Recognize this Stanford Alum? 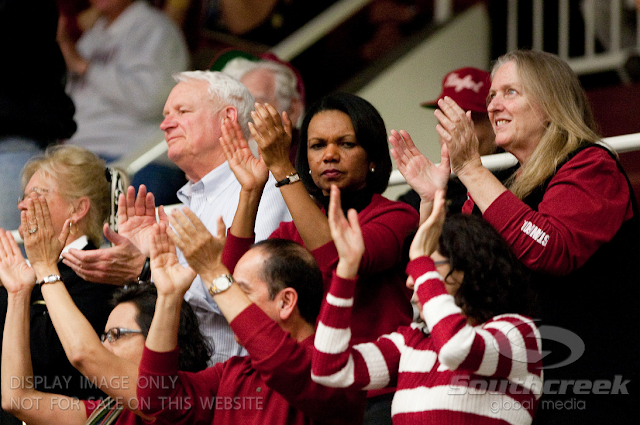 The Stanford Women now head to Spokane for the Sweet 16. 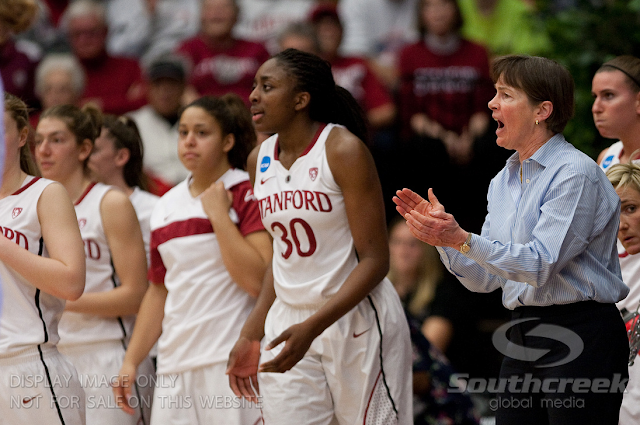