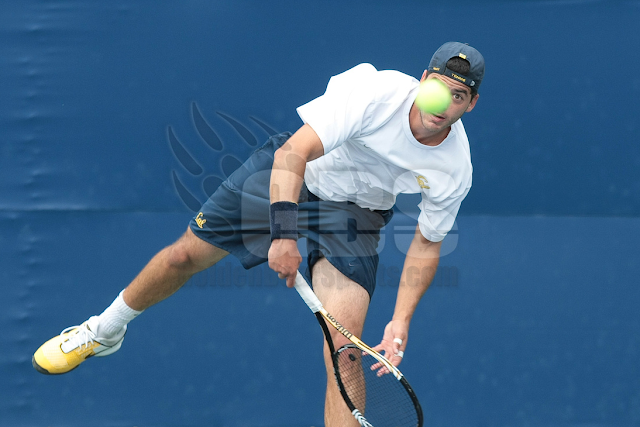 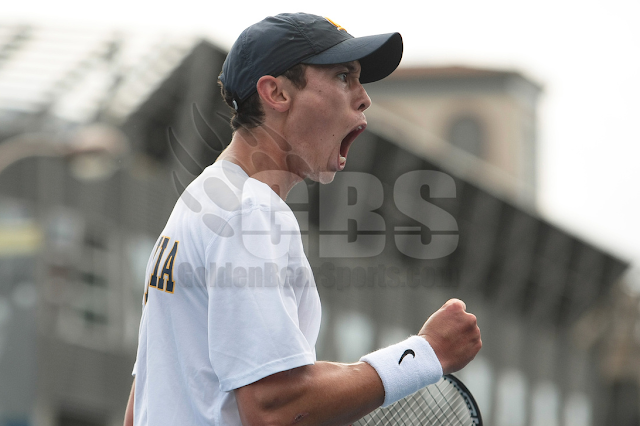 It was a beautiful day at Hellman Tennis Complex, below Evans Diamond next to Edwards Field, nestled below the trees. 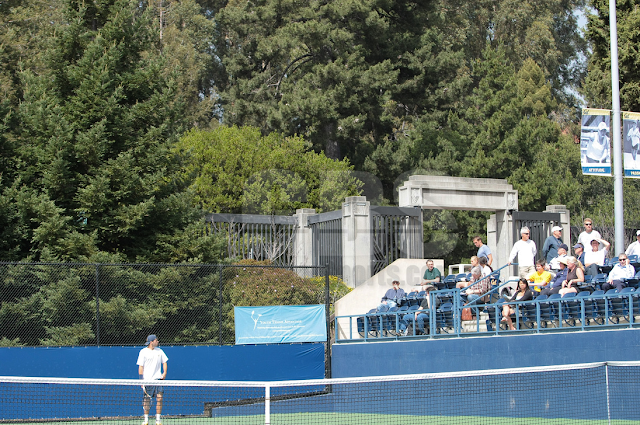 And a relatively new (2 years) sign, which definitely adds to the atmosphere, not to mention helps keep track of the scores on the court! ... If you look closely, you can spot Cal Bear Blog author, David Seawright. 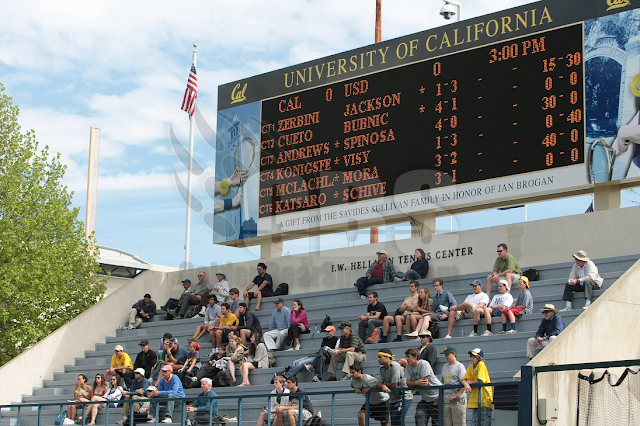 I don't have the opportunity to shoot tennis very often, so this was certainly a treat. It's amazing how pedestrian my tennis game seems compared to theirs! 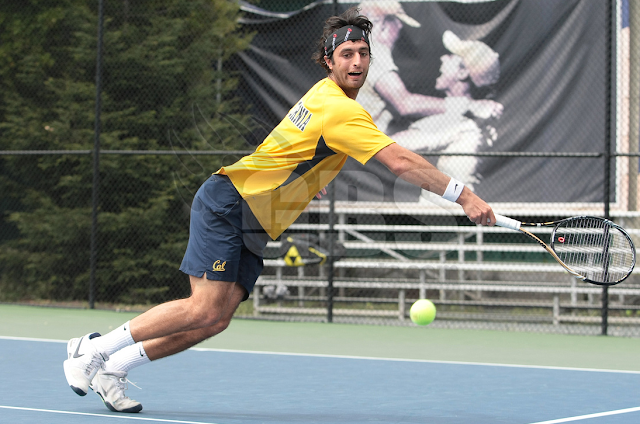 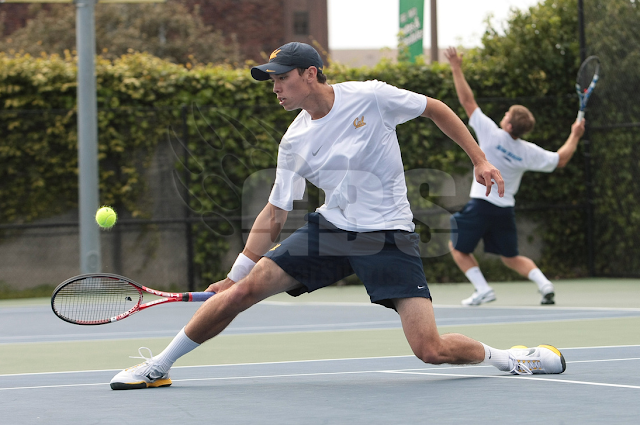 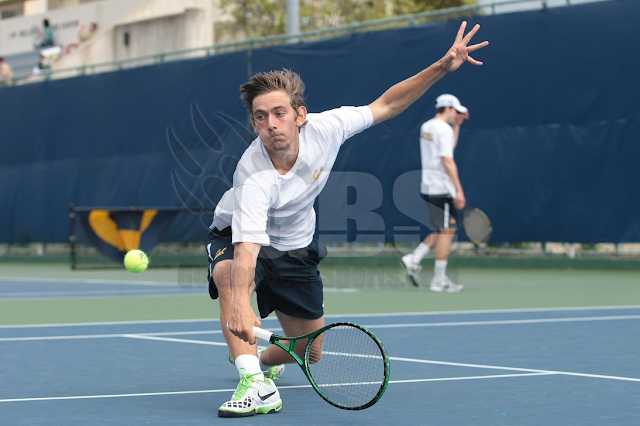 Pedro Zerbini played on the the first court for singles... and oooh what a match. After arguing some questionable line calls, including a racket throw down, he still earned the win. Afterwards, his opponent screamed out an f-bomb filled phrase and kicked over his cup of gatorade... onto his own bag. Classy. 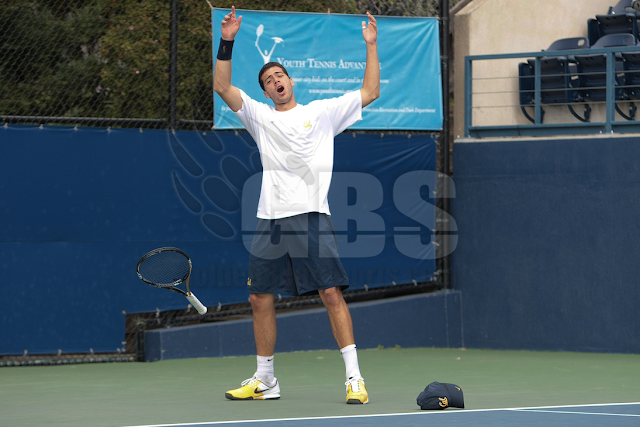 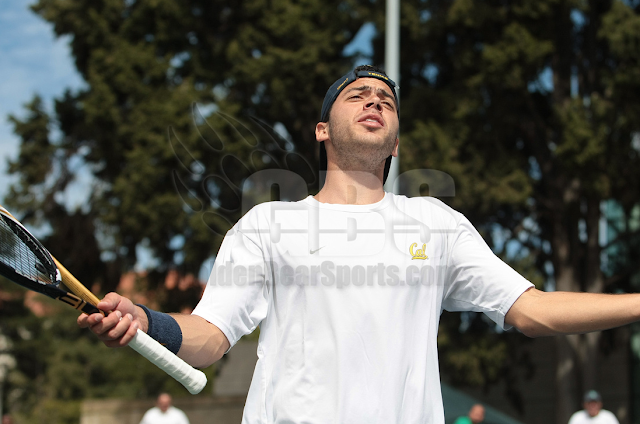 My favorite part of tennis, is undoubtedly the variety of expressions. Both visually, and if watching live, auditory. Most American players shout "yeah!!" and "come on!!" And the foreigners, well it's probably the same things, but sounds more interesting. 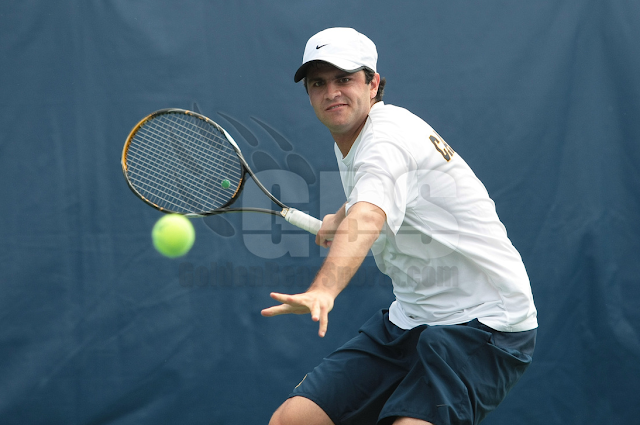 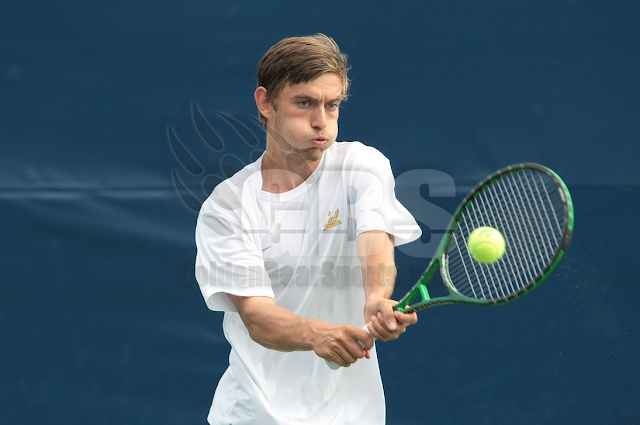 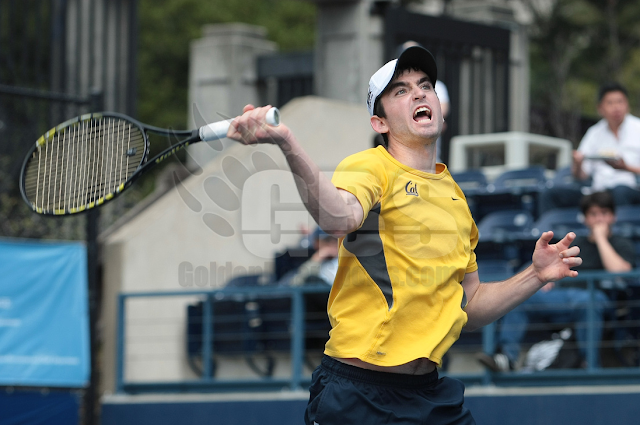 My favorite, unquestionably, was Carlos Cueto. Not only did he have excellent expressions, and celebrations, he's also from Spain, so he would mumble things on the court and though foreign, I understood. AND between games, he got sick, yet still won his match! 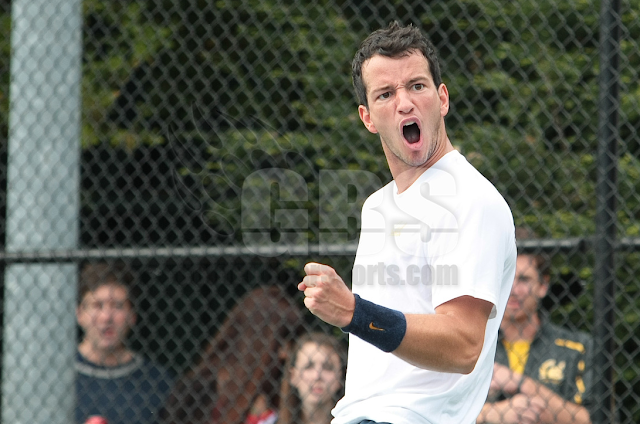 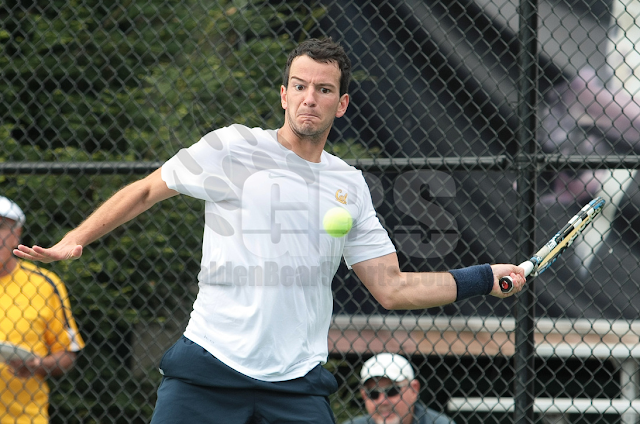 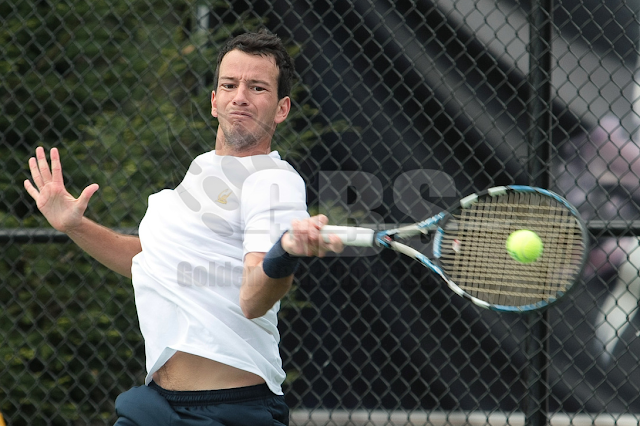 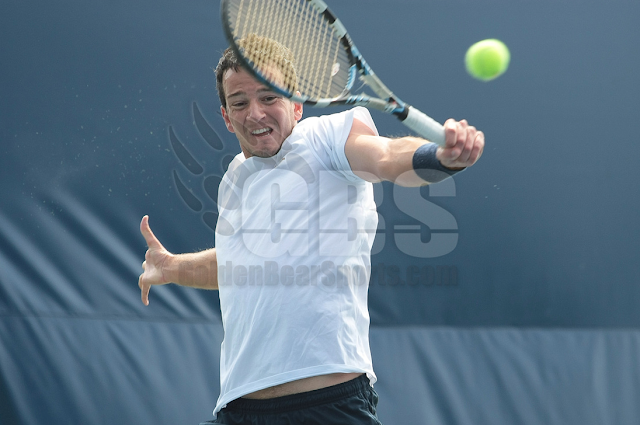 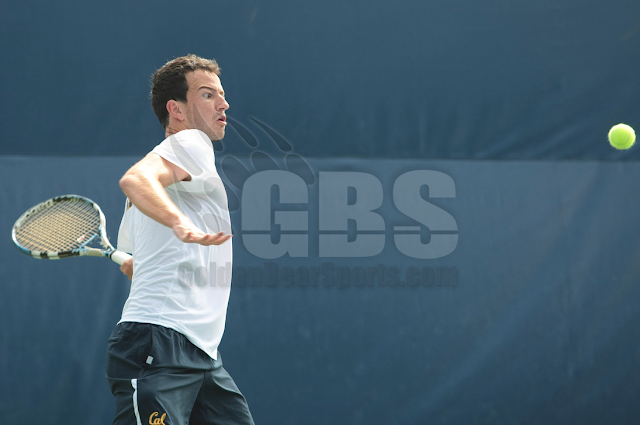 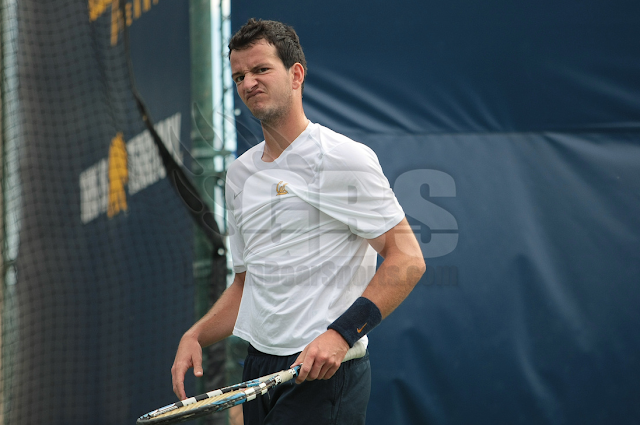 A special treat, the McManus family paid for a Fuddruckers truck to be at the game and serve everyone fresh hamburgers! The game was in honor of Jim McManus, Cal alum, hall of famer, and founder of ATP who passed away earlier this year from cancer. Head Coach Peter Wright was certain to recognize McManus' contributions. 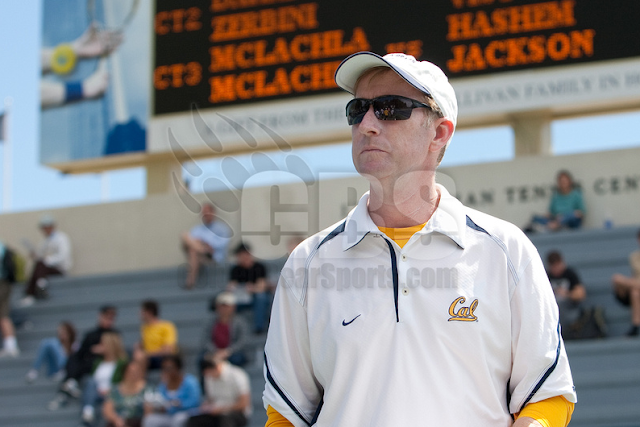 Was able to enjoy a burger afterwards and catch up with my buddy JD. Though a familiar face at many Cal games, he doesn't attend football or basketball games, so I hadn't seen him in a while. He let me take his picture to prove iPhone takes pretty decent photos. 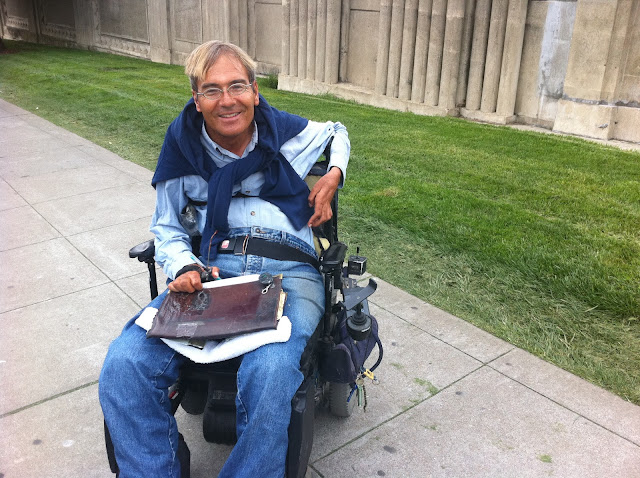 But only if I also took a picture with him =) 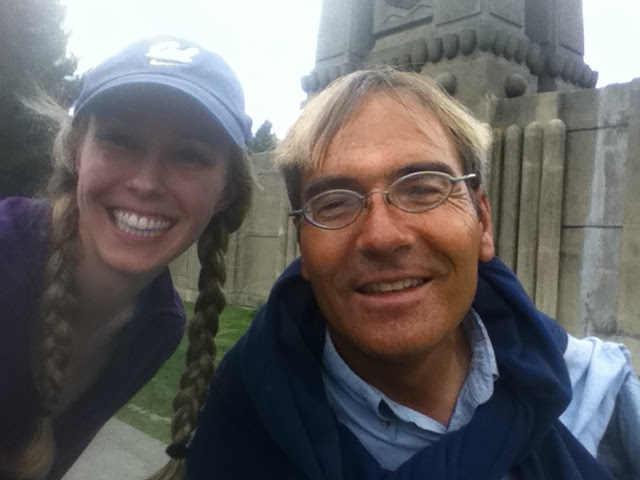