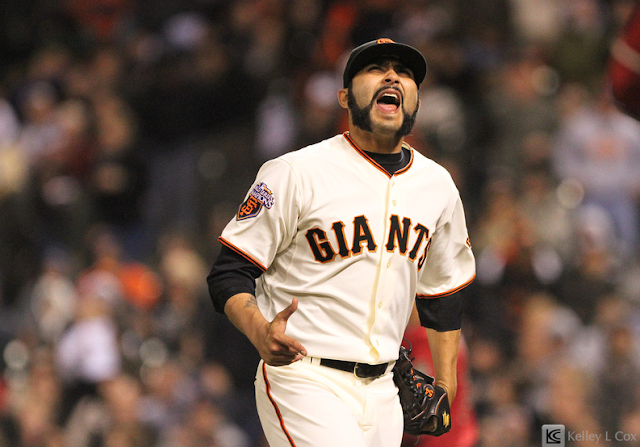 Headed over to AT&T Park today for the second game of the series, Arizona Diamondbacks at San Francisco Giants. 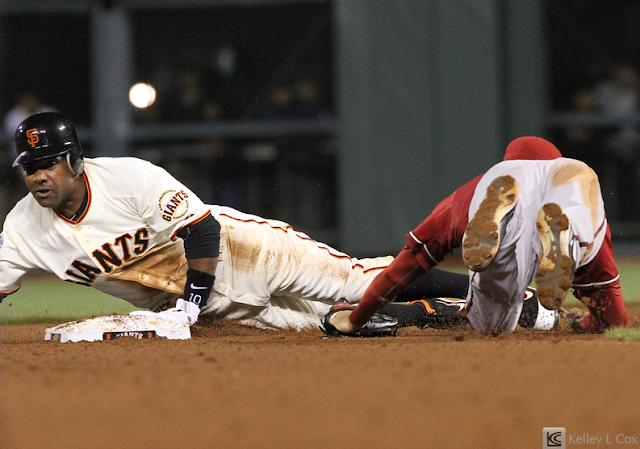 It seemed like forever since I had been at the ballpark when in reality it's been just over two weeks. I guess the three A's games I covered last week and the mini-vacation at home for my dad's birthday and Mother's day threw me off. 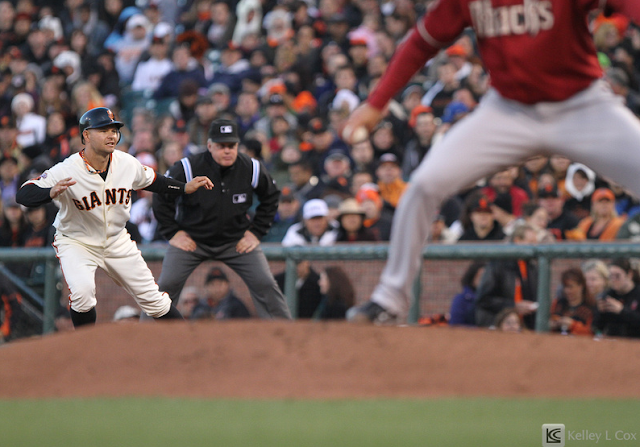 This was my first time shooting baseball with my 7D and I LOVE IT!!! Though there's something to be said about full frame sensors, but the crop factor on the 7D makes my 300mm just about the perfect focal length for baseball. I had been using an old 1.4x extender John Todd lent to me years ago, but since he's asked for it back, this is the perfect solution and even better because the 1.4x brought aperture to f/4 and never seemed as crisp as the 300mm alone. 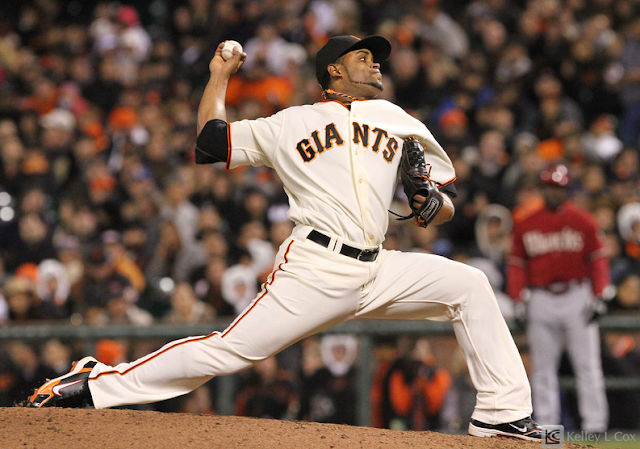 So now a night game pushing with 300mm f/2.8 pushing ISO3200 on my 7D, I can shoot from third base next to Giants dugout and capture pretty tight action at all the bases. 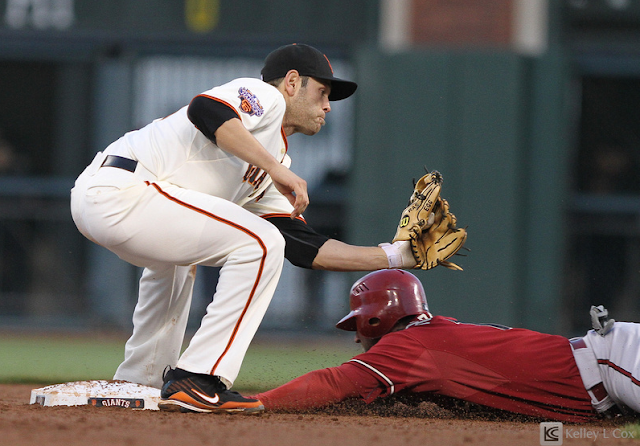 And even get shots in the outfield of fans heckling Chris Young as he runs for the long ball. Love it! 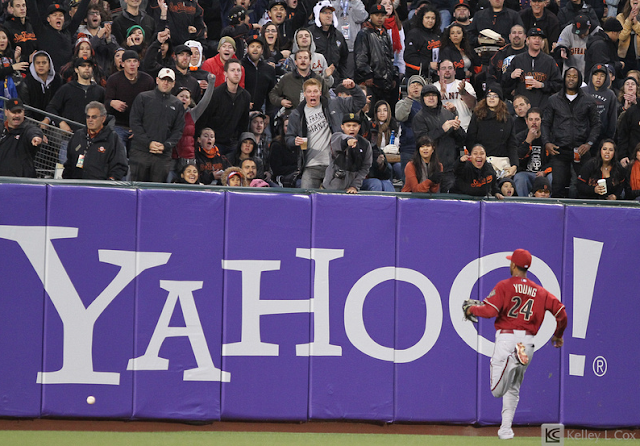 D-backs led 3-0 at the top of the 4th but Giants brought it to 2-3 in the bottom of the 4th. Buster Posey batted in on Miguel Tejada's grounder. Then with Andres Torres at bat, a wild pitch and Aaron Rowand was able to make it home. D-backs pitcher Armando Galarraga tried to tag him out at the plate... but didn't have the ball... whups. 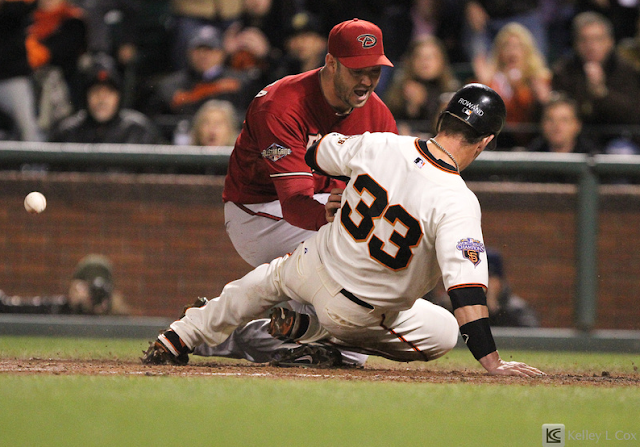 With a homerun by Aubrey Huff and Tejada's run on Torre's double, Giants took the lead 4-3 in the 6th inning and held it. 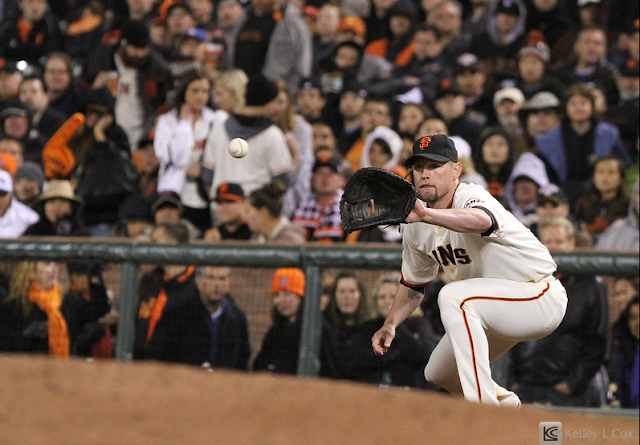 And Brian Wilson in for the save. I like that he wears his shirt extra unbuttoned, such a rebel. haha. 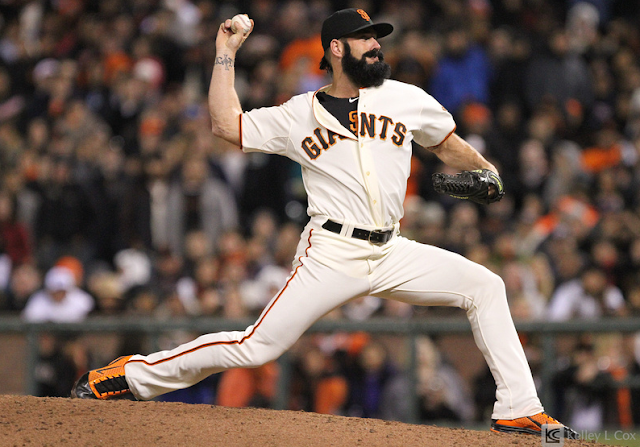