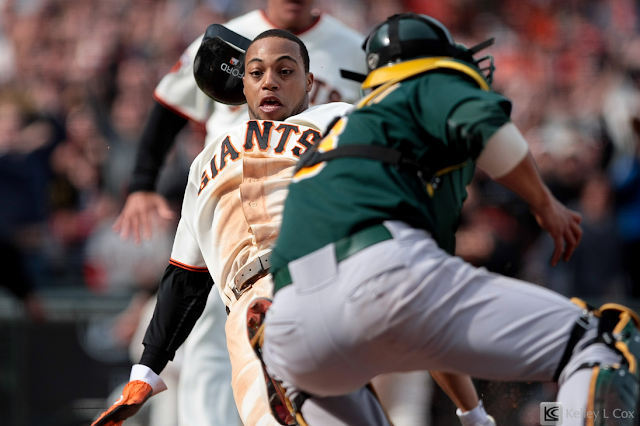 Headed over to AT&T Park for the final game in the battle of the bay between the A's and the Giants. Was a BEAUTIFUL day in the city, warm with a cool bay breeze! Wish I could have been chillin like Buster Posey. (Haha, just joking, he had just slid back to first base safely, and took a moment before getting up) 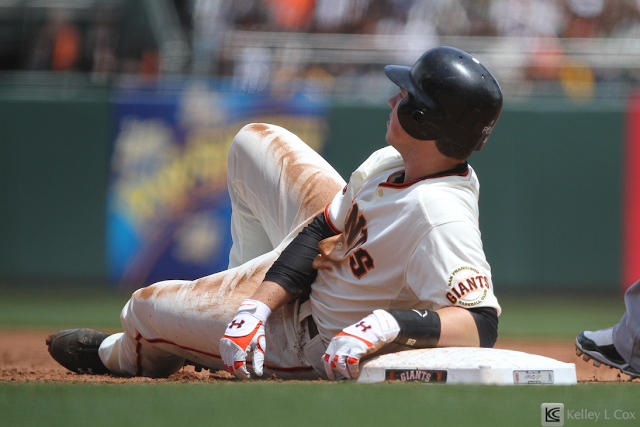 Though Pablo Sandoval is still chillin in the dugout after recovering from his surgery, he is slated to be back in two weeks. 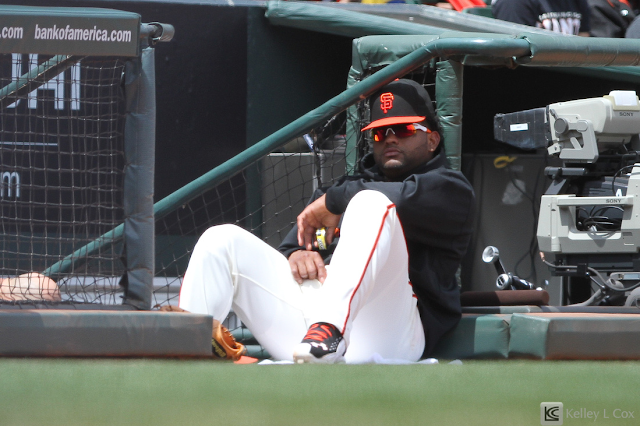 Giants picked up a run in the 4th, and Gio Gonzalez looked a little nervous. 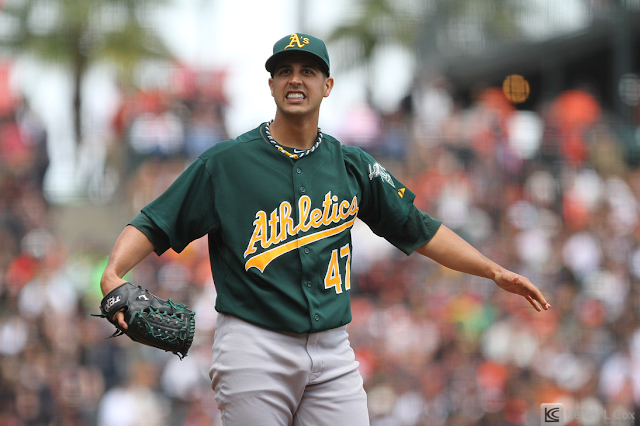 But then A's scored 1 run in the 6th, 2 runs in the 7th, and another in 8th. Giants tied up the game with 2 in the bottom of the 8th. To the ever present pleasure of the fans, Brian Wilson came in for the top of the 9th and held it down. 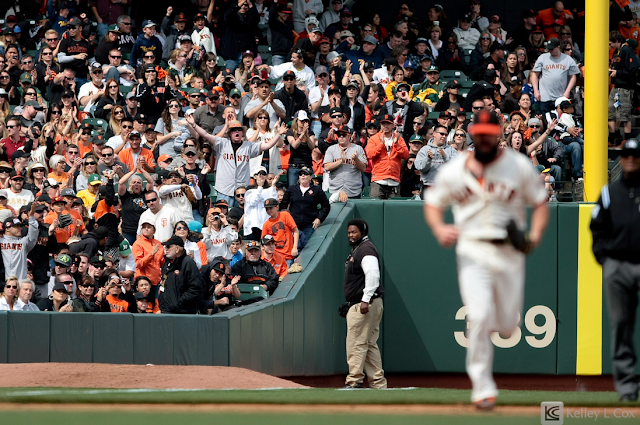 But without scores in the bottom of the ninth, Sergio Romo came in for the 10th and 11th. Then bottom of the 10th, Darren Ford got on base, then stole second. 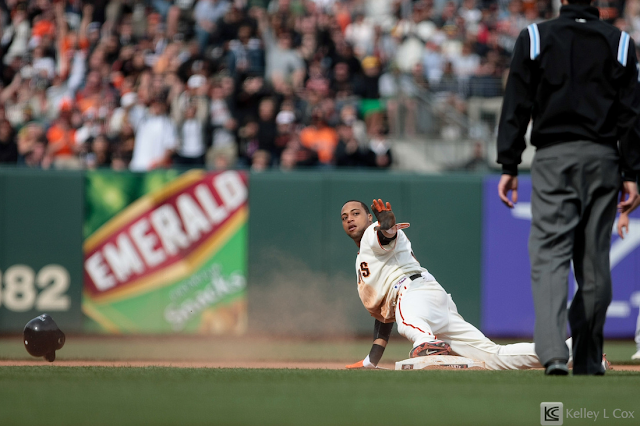 And then Emmanuel Burriss up to bat. 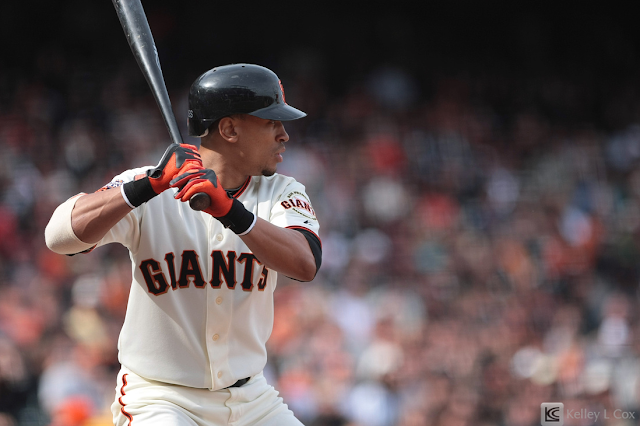 And sent him sliding home! Immediate hugs from Cody Ross. 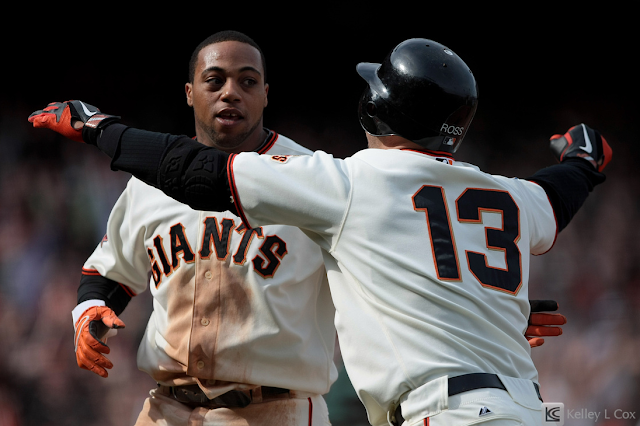 Then everyone stormed Burriss. 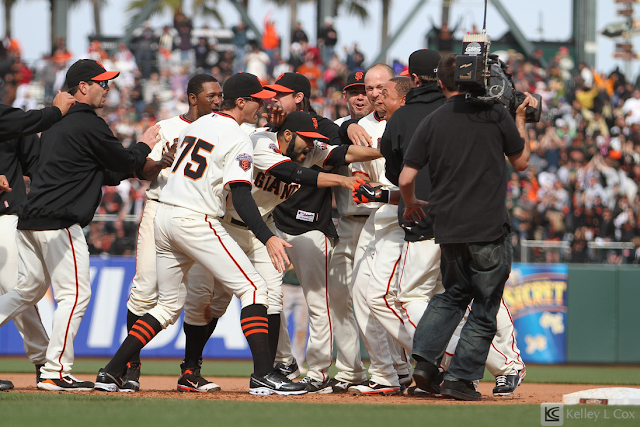 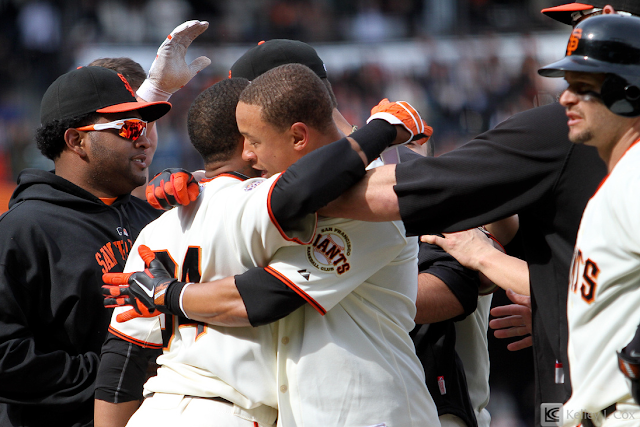