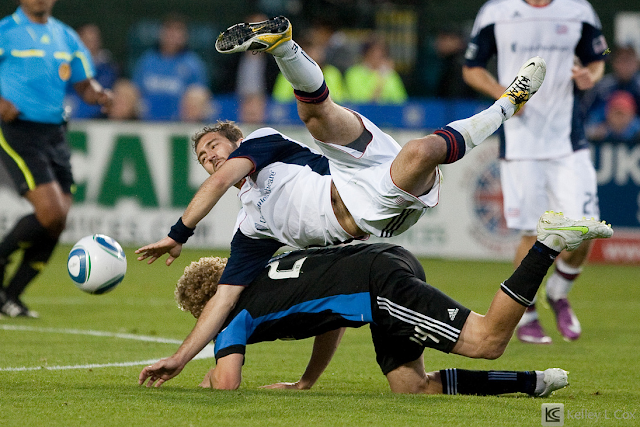 Headed down to Buck Shaw Stadium today for the Earthquakes vs Revolution. I can't decide what's more hilarious, Ryan Cochrane's mustache (Revolution, far left, top row) or Steven Lenhart's goofy expression (Quakes... I don't need to tell you which one) 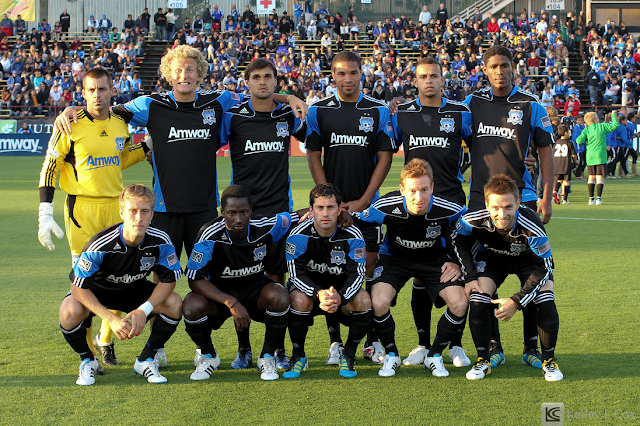 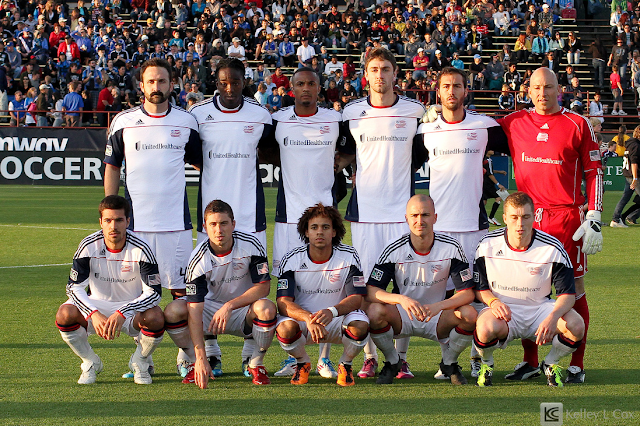 Coming off the first home win, was a great crowd, even pre-game in the Epicenter. 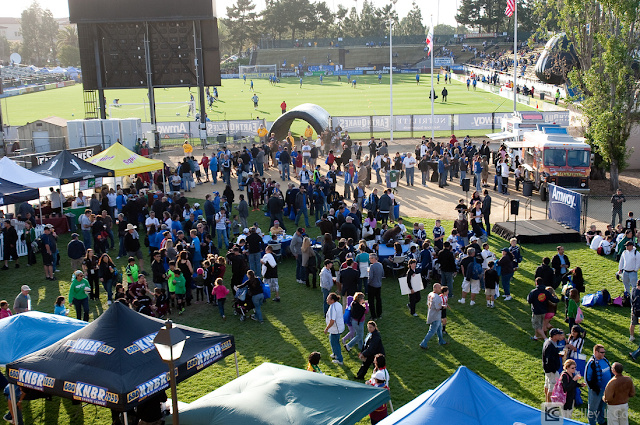 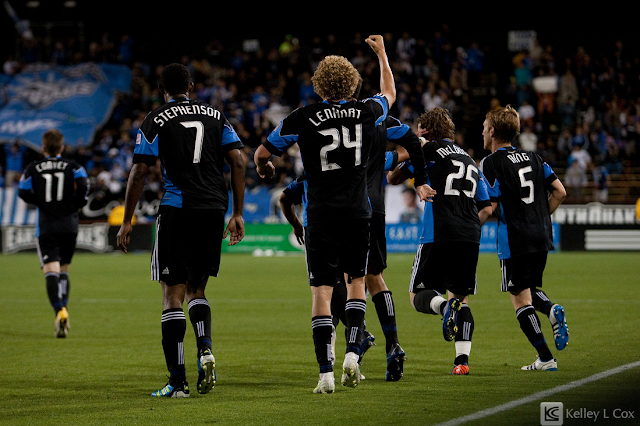 Quakes intern Dani Vernon, grabbed my cards to upload to sjearthquakes.com about 10 min into the second half. But Ellis McLoughlin came into the game in the 63rd minute, and scored in the 71st minute with an assist from Chris Wondolowski, marking his first MLS goal. 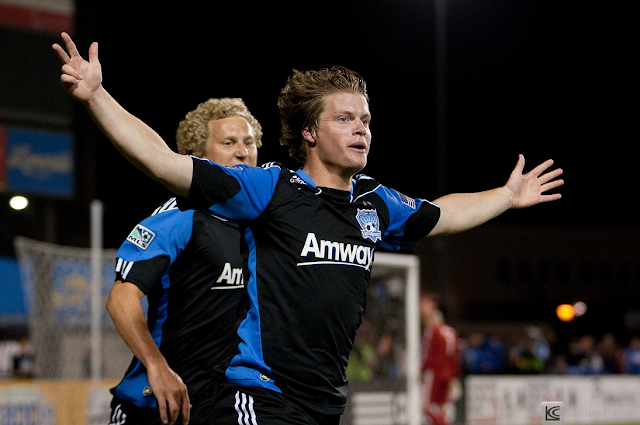 I thought, no sense in having nice game action if I don't have the goal celebration, so I ran my cards up to the press box for Dani to post, came back down and a couple minutes later in the 83rd minute, Bobby Convey scored off an incredible free kick! 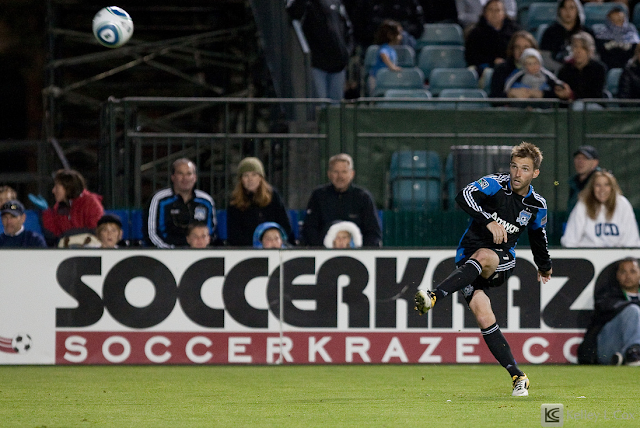 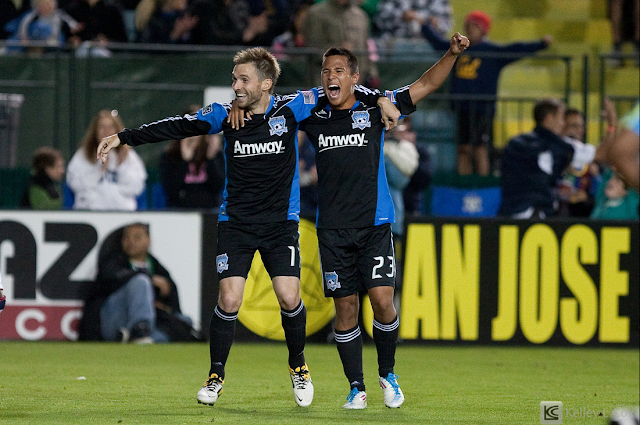 Revolution came back with a goal in the 86th, but too little too late and final whistle with Quakes up 2-1. Certainly a hard fought game on both sides. 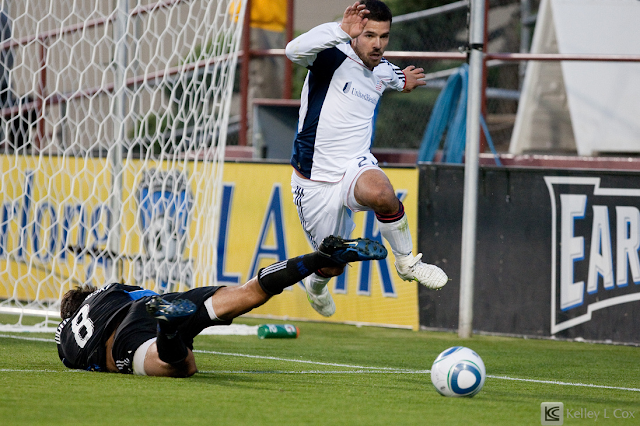 So hard in fact, Kevin Alston's shoe gave up and the bottom just fell off! 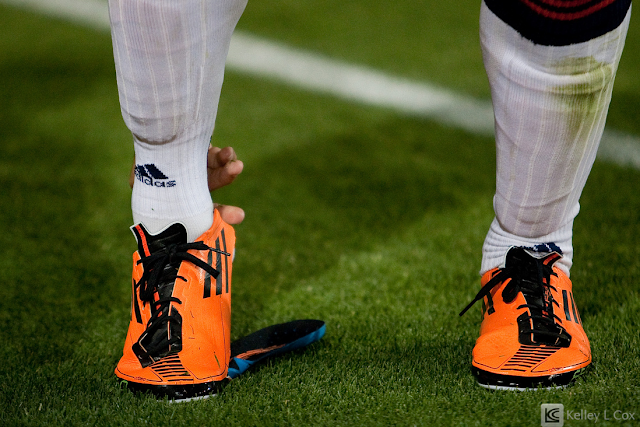 This game was particularly exciting because one of New England's rookies/starters is none other than Cal Alum, A.J. Soares. 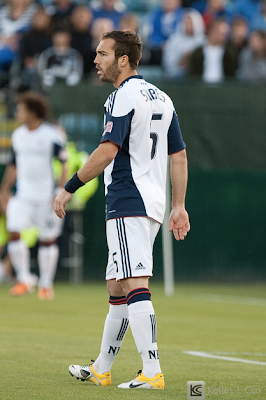 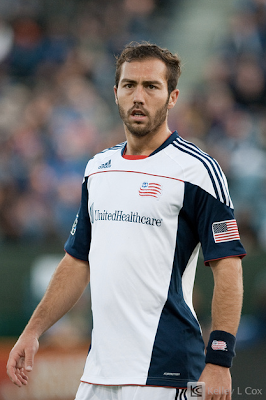 I've been photographing A.J. since he was just a lil guy at Cal... found his old sophomore headshot I took....awwwh 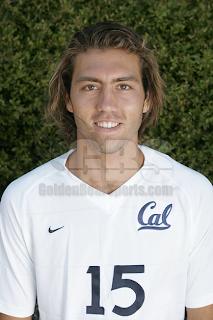 And now he's going head to head (sometimes literally) with some of the best players in the MLS! 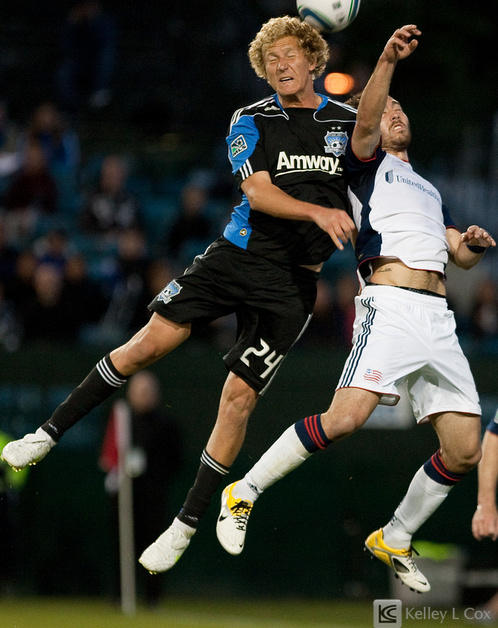 Though technically he's only a year younger than me, this makes me feel very old, haha. 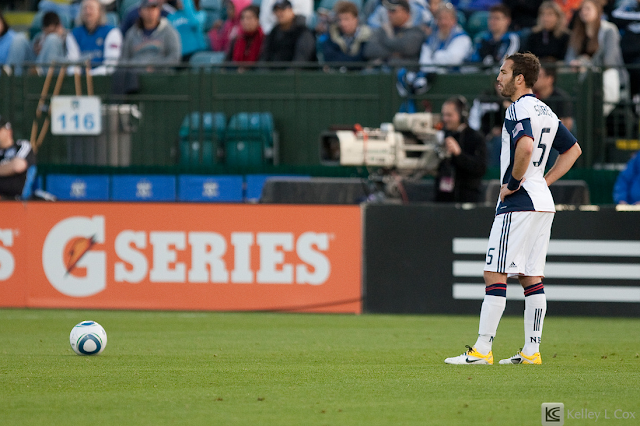 And more Cal related fun, last fall a photographer buddy who shoots Cal Football for fun as an alumni, Mike Wondolowski, was telling me about how great his nephew was doing. I looked at him with a confused "who's your nephew?" - Chris Wondolowski! Duh! How I never put two-and-two together is silly. Anyways, this season we were able to get him out at the Quakes game to photograph his Golden Boot winning nephew. 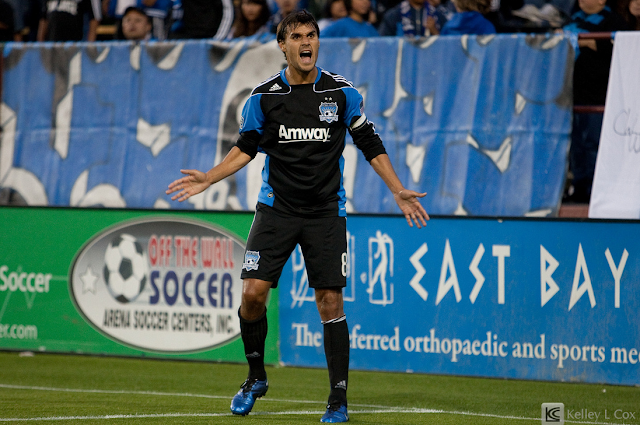 Unfortunately, Chris didn't get a hat trick, but still fun to have him out there in the trenches with all the other bay area shooters... and his nephew!

My photos up on SJEarthquakes.com and Quakes will be back at it against the Chicago Fire on Tuesday =)