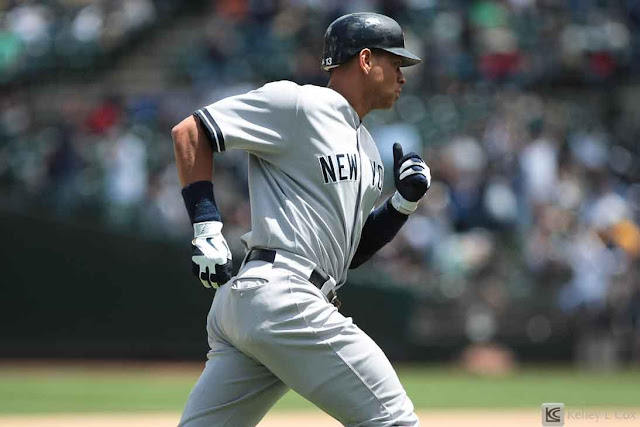 Today headed over to the Oakland Coliseum for the Yankees vs the A's. 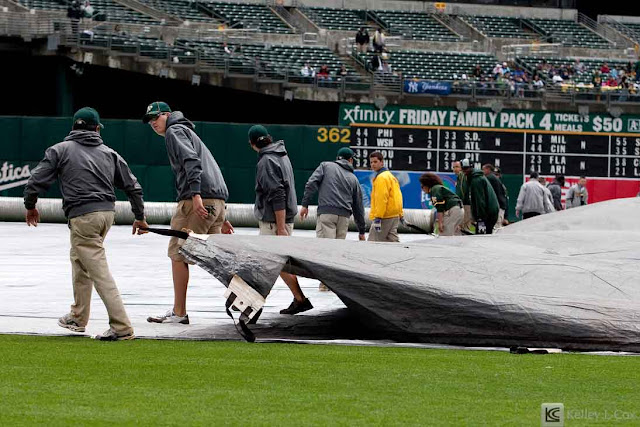 It looked like it was going to be a rainout with the tarps on the field as raining all morning and when I first arrived. But the tarps came off a little less than an hour before the game (so cool to watch) and apart from a quick rain early on, it stayed dry throughout the game. 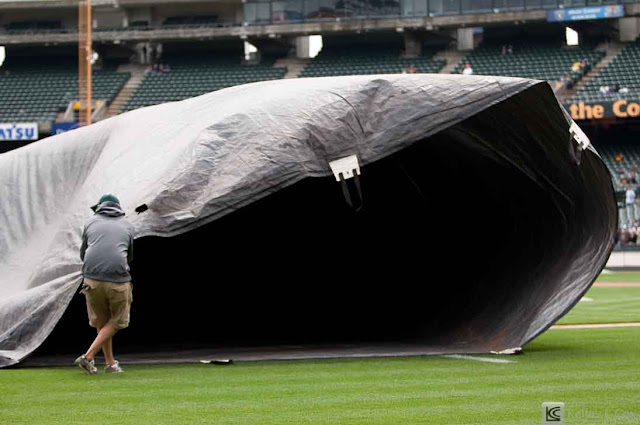 The bummer about it staying dry, I was prepared for rain. Rain boots, beanie, thermals, you name it. And I think the whacky weather put me in a funk. That, and the poor wi-fi signal on the field. But I was excited to see some of the celebrity status Yankees like Derek Jeter and Alex Rodriguez. 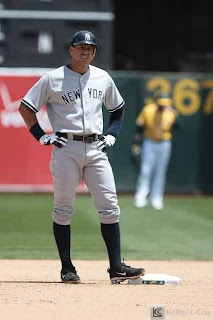 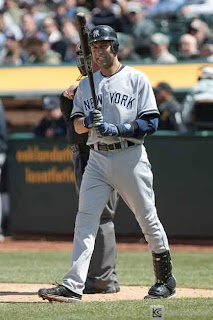 I captured the starting pitchers and the A's nice with a 2 run home run from Josh Willingham. But trying to transmit in-game was nearly impossible as I kept losing the wi-fi signal. 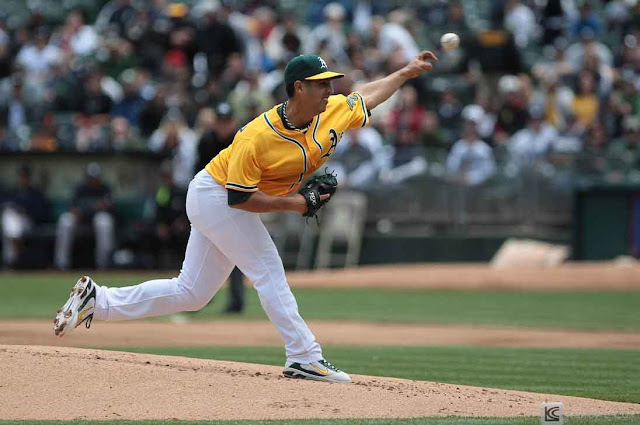 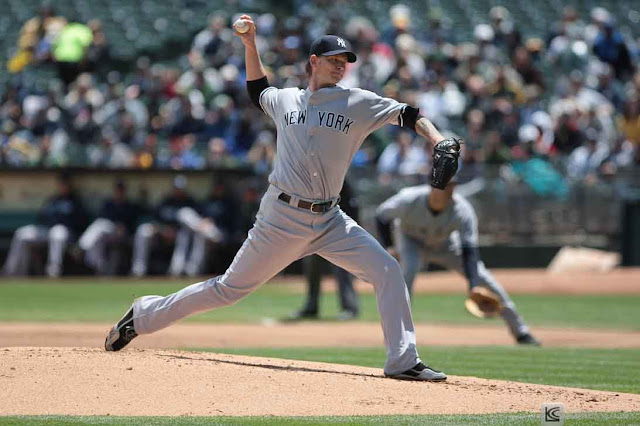 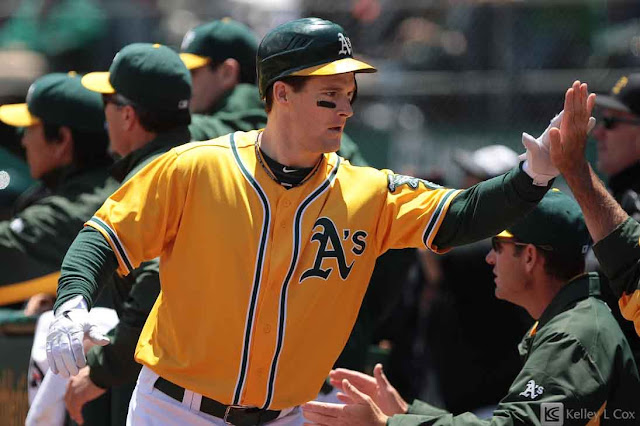 Kyle Terada was working on the desk for US Presswire and recommended I go up to the press box to transmit where wi-fi was stronger. I'm always disappointed when handling images takes me away from making images. Thankfully I stayed just long enough to catch the Yankees home run play by Nick Swisher. Which ended up being the game winning play. 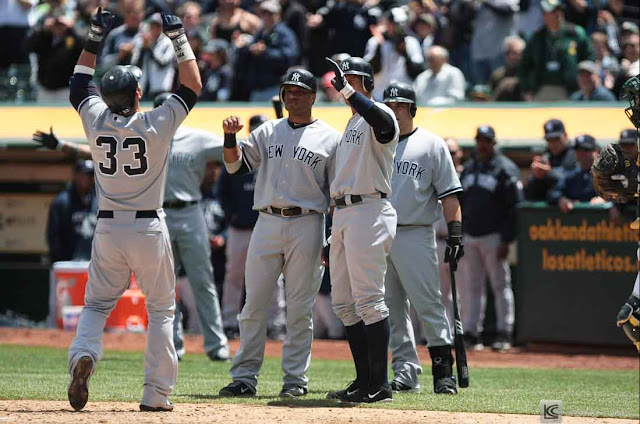 I was frustrated as I headed up to the pressbox, but once I was up there using the much speedier wi-fi, it gave me a chance to step back and look at the situation... "Hey! I'm photographing a Major League Baseball game, doing what I love, and this is where I want to be!" 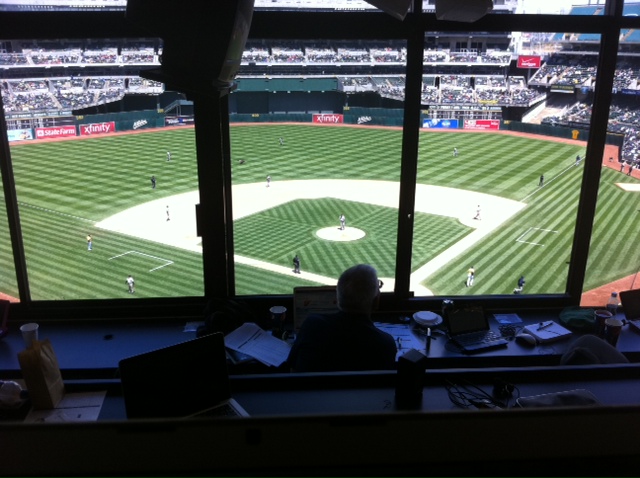 Though my new positive attitude didn't help the A's win, as they fell 4-2, it did provide me a new outlook, a new method to shooting the A's game, and I'm looking forward to bring my A game to the A's game next time =) 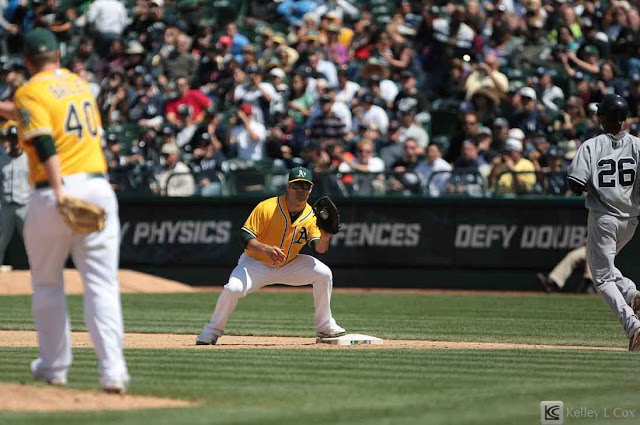 Thanks to Kyle for the tips and helping me get my images/captions right! 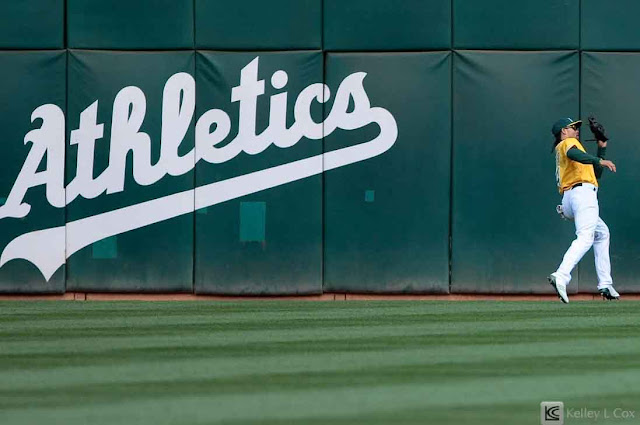