Aboard the Moku Pahu 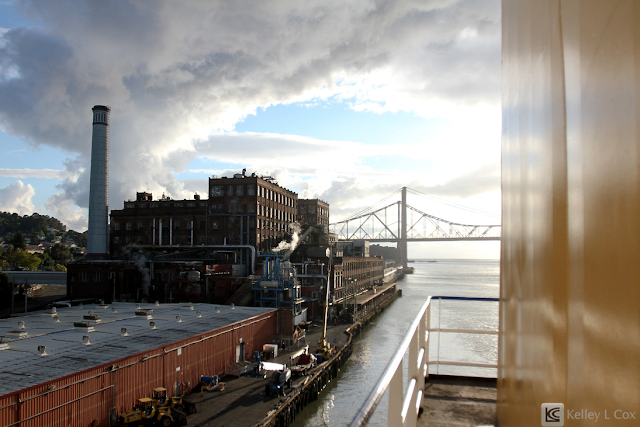 Had a very exciting adventure/tour today aboard the Moku Pahu. 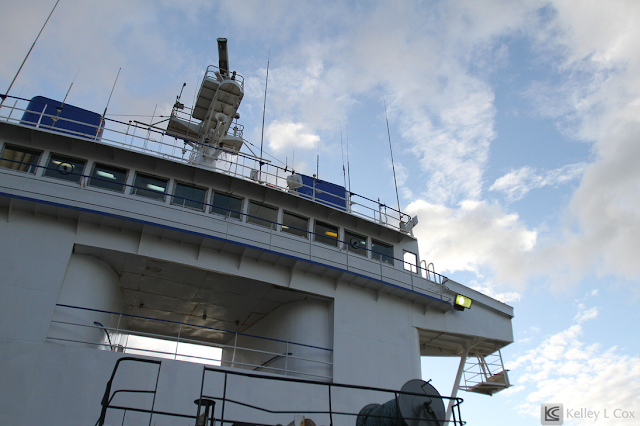 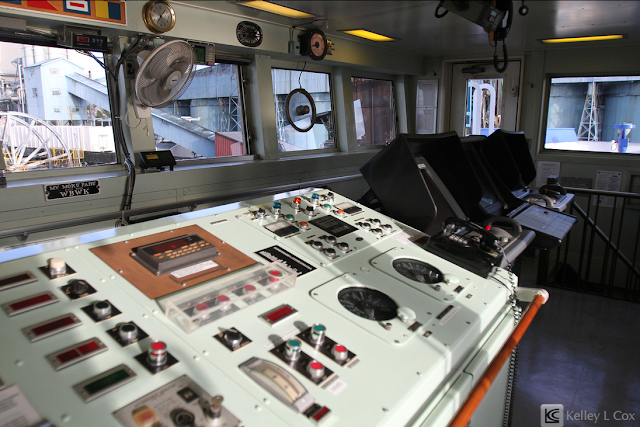 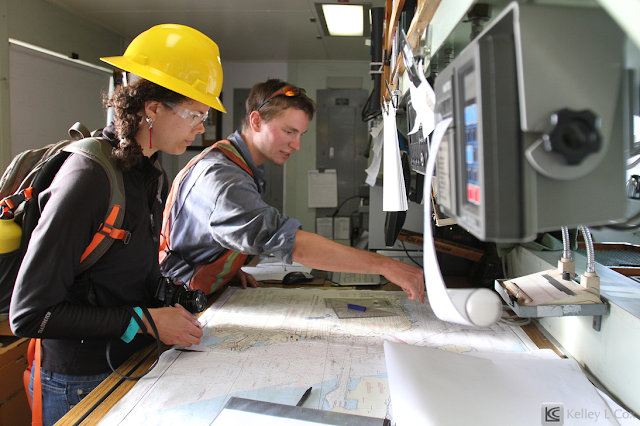 Through my buddies Jenna Tower and Karl Neilsen, I met Pete Spencer, Third Mate on the Moku Pahu, currently docked at the C&H refinery in Crockett, just below the Carquinez Bridge. 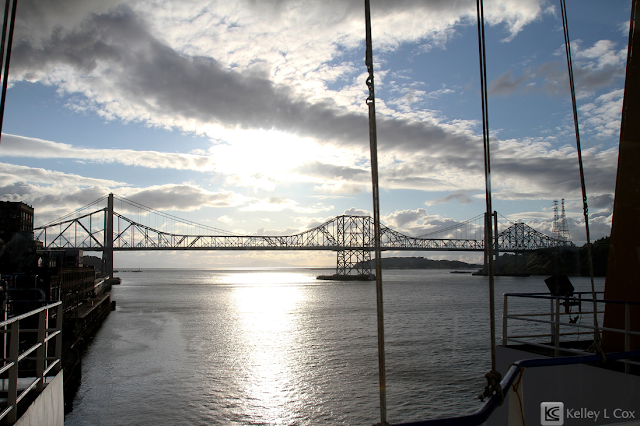 Though we couldn't photograph inside the refinery, on a quick walk-thru en route to the ship, we passed huge bins of sugar, along with sugar literally falling from the sky along pipelines... AAAHHHmazing! On the ship, we had a chance to see first hand where all the sugar was coming from, and saw it unload into the C&H refinery. 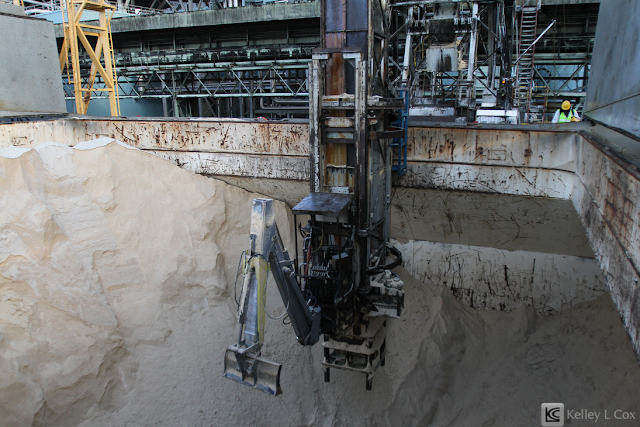 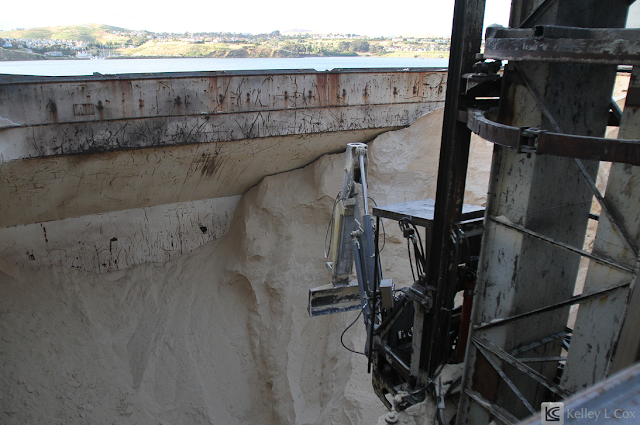 The ship transported coal from Stockton to Maui, then in Maui loaded up with harvested sugar, and then came back to C&H. But there are still evidence of previous loads, like wheat, here. 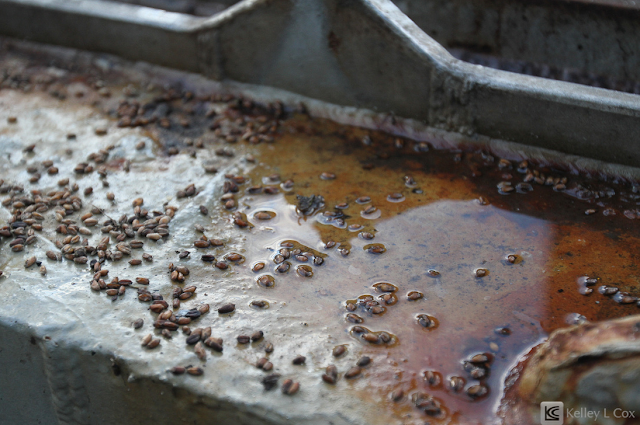 The crazy thing about the sugar, it's technically not considered a food product until after it's processed through the refinery. We were able to try a bit.. still pretty tasty to me despite it coming straight from Pete's working-man hands. 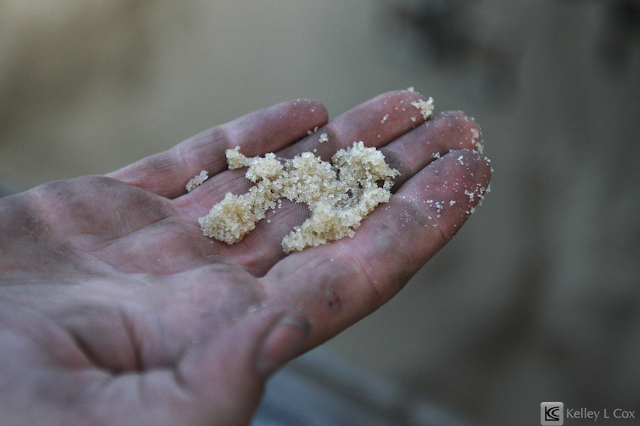 I love tours and I LOVE tours on factories, so this was super exciting to me. 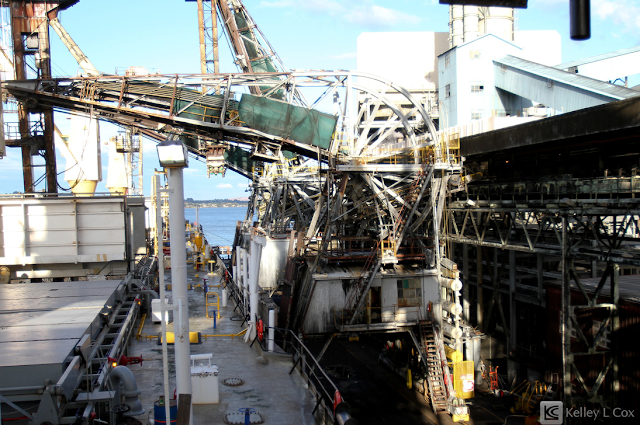 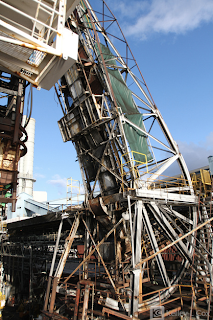 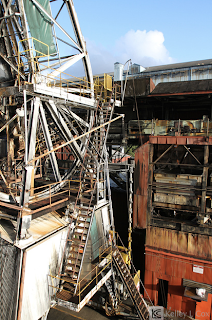 We toured every part of the ship that we were permitted to access, peaking at valves, gauges, engines, ropes, everything. 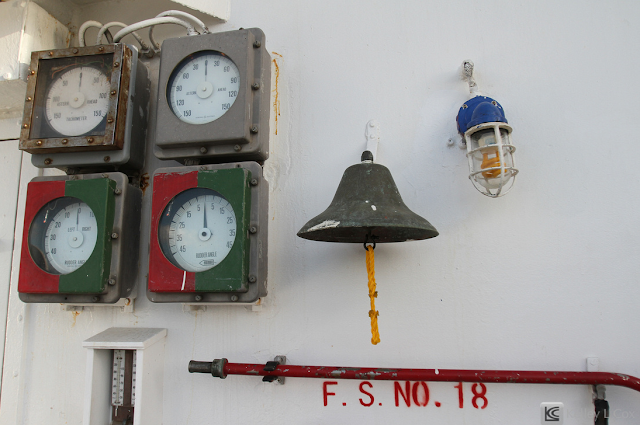 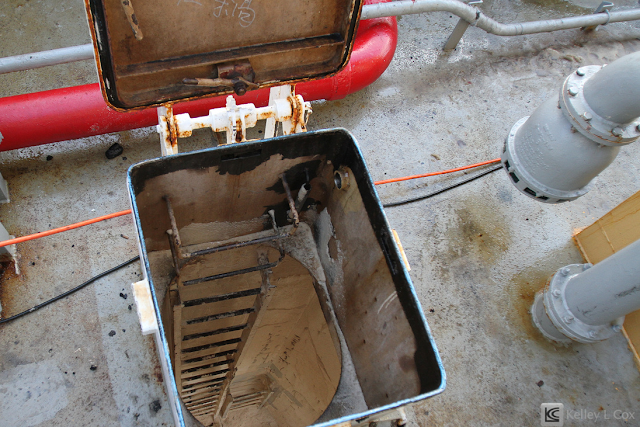 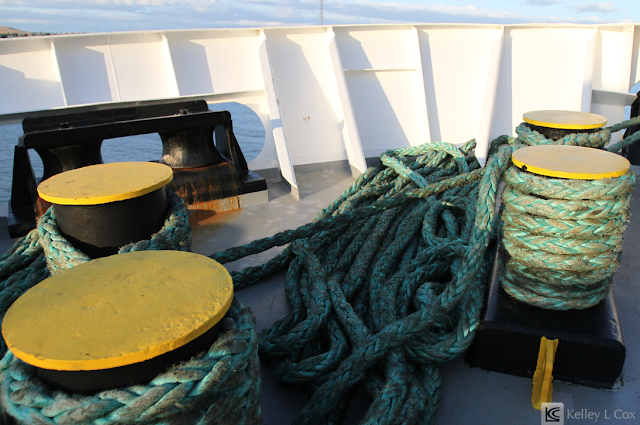 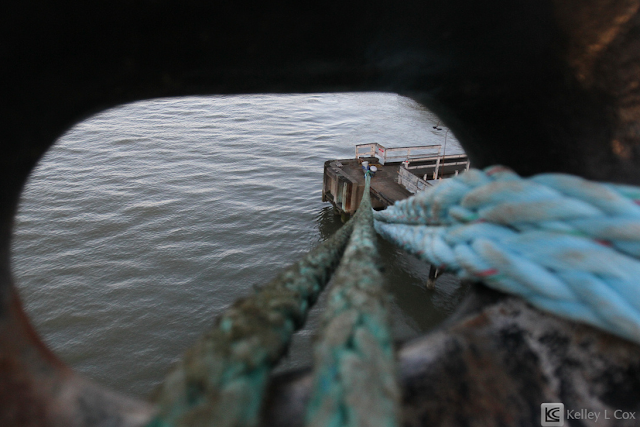 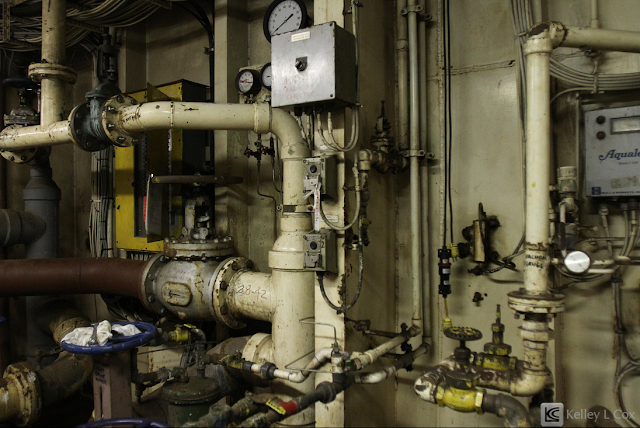 And I sat in the captains chair =) 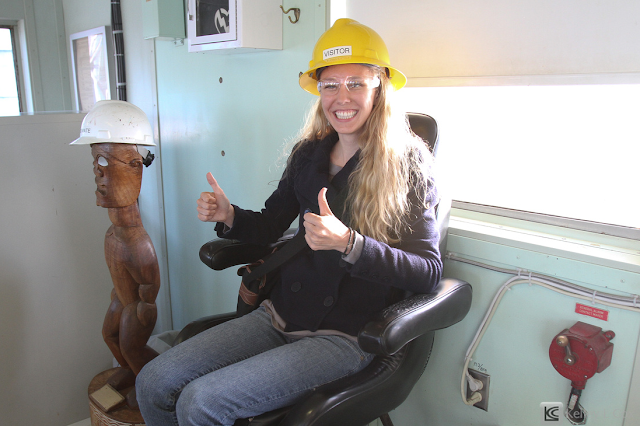 One really exciting piece of the Moku Pahu is the Ecochlor system. Installed on only two ships in the world (Moku Pahu and an Atlantic Container's M/V Atlantic Compass cargo ship) the Ecochlor system is designed for ballast water treatment technologies. Using cholorine dioxide, a biocide which has been used in industrial and municipal water treatment applications for decades but never before applied to seawater, the system is specifically designed to "safely and economically eliminate the worldwide transfer of aquatic invasive species. Pretty clever! 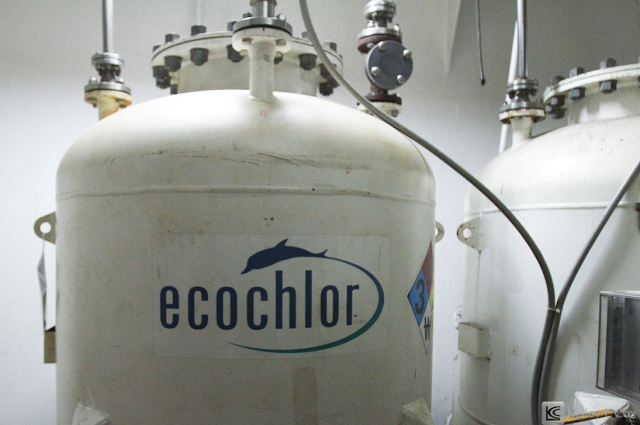 At the end of our grand tour we saw a pretty bay area sunset. Which I'm sure was nothing compared to the guys aboard who had stories of once seeing three green flashes in one trip! But was still beautiful to me. 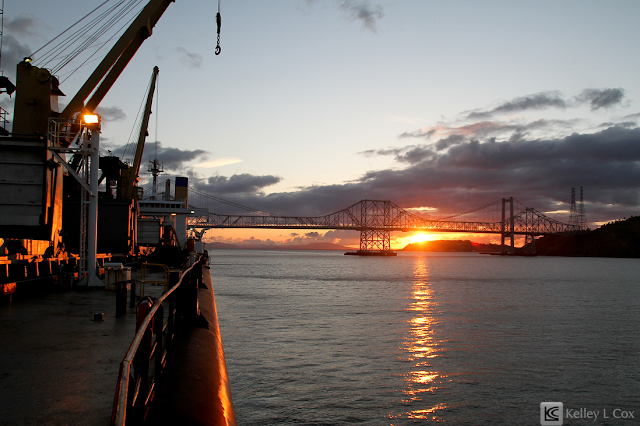 Huge thanks to Pete for being a great host and tour guide and another thanks to the rest of the crew who were so kind to let us roam around their ship. 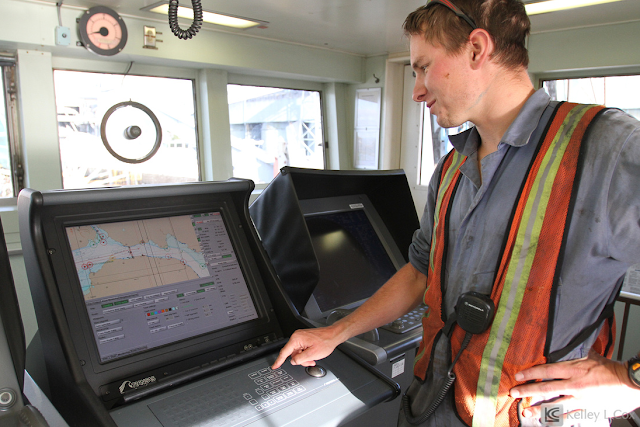 Thankfully we weren't pirates, and the ship is still in their safekeeping. 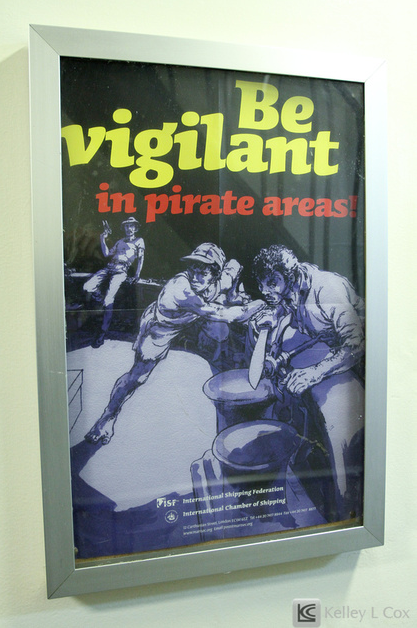