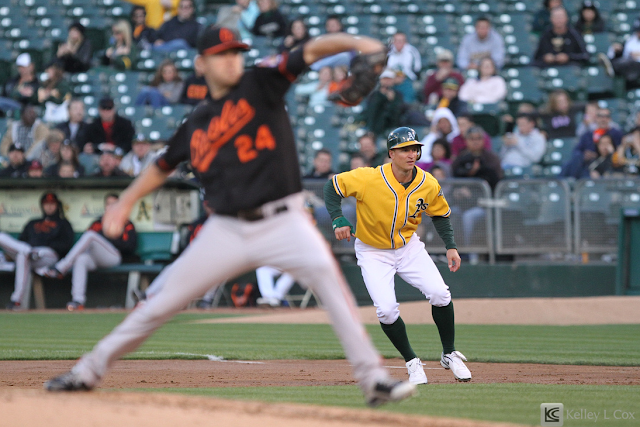 Headed over the Oakland Coliseum (apparently it's the O.co Coliseum now?) for the game between the Oakland A's and the Baltimore Orioles. 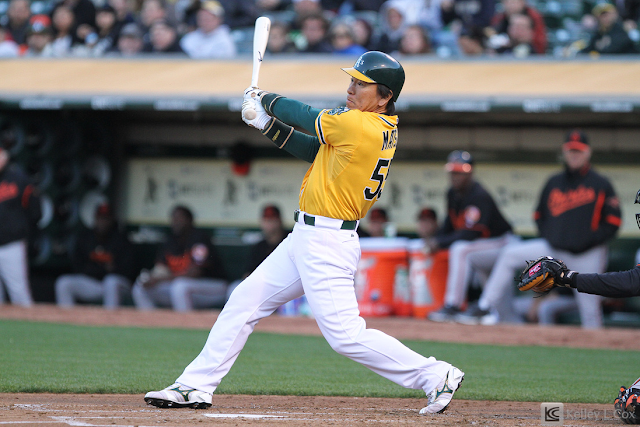 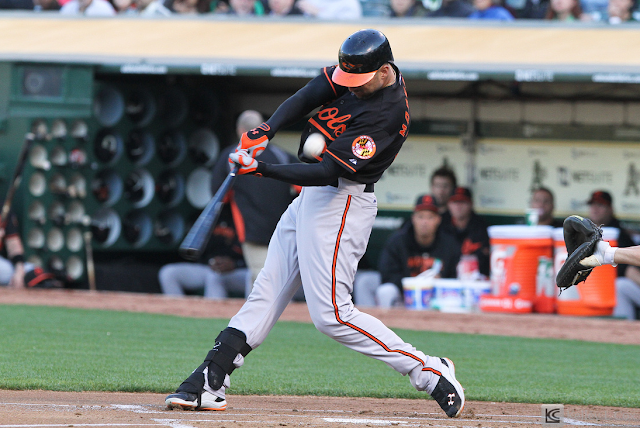 Coco Crisp and first base coach Tye Waller, were all smiles before the game. 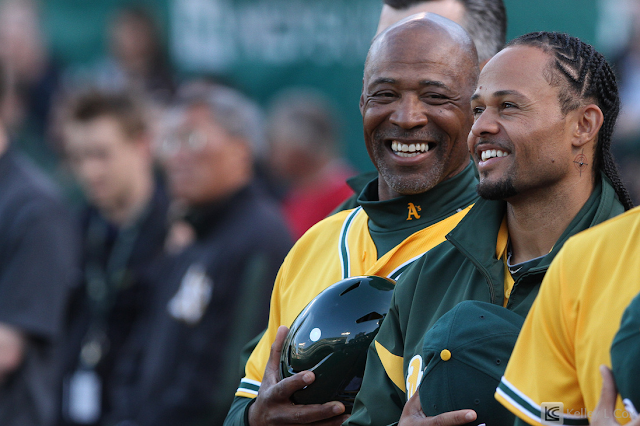 And the smiles stuck as the A's defeated the Orioles 6-2. 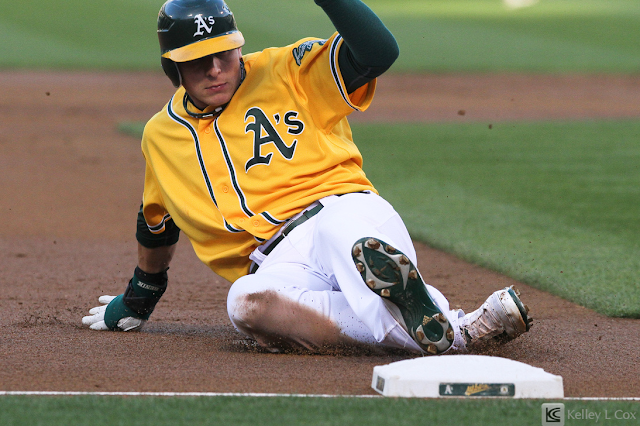 Though it might have looked like the A's were just standing around with their hands in the pockets ;-) 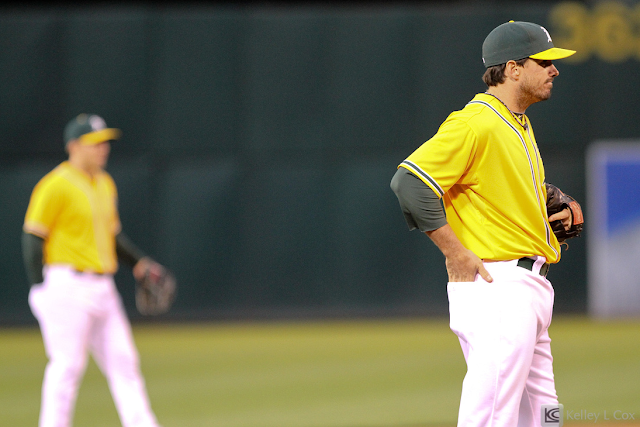 They put out a great effort. 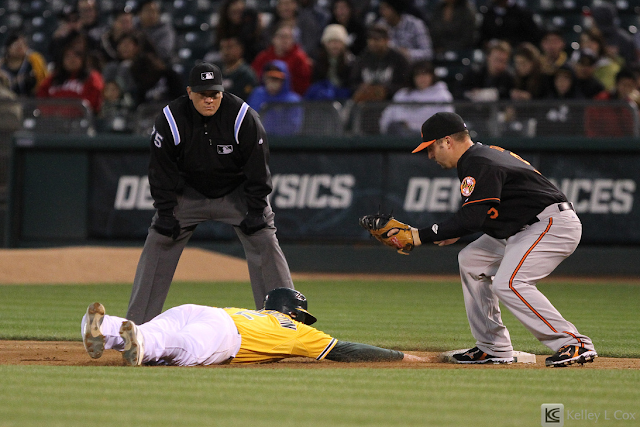 And Mark Ellis ran full speed from first, rounded second and headed for third. Only to be called back for a foul ball... twice. But he laughed it off with Orioles third basemen Mark Reynolds. 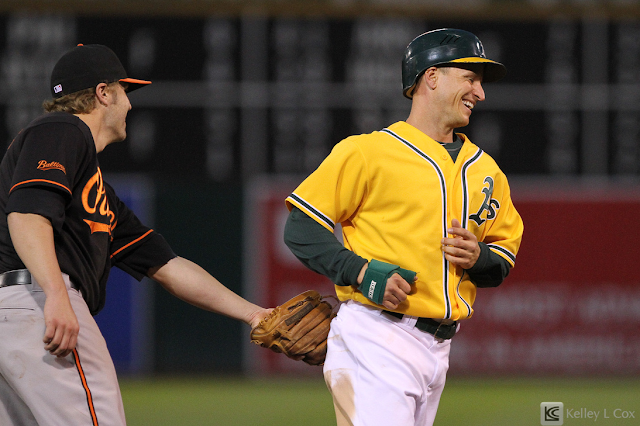 Mike Gonzalez couldn't hold it down. 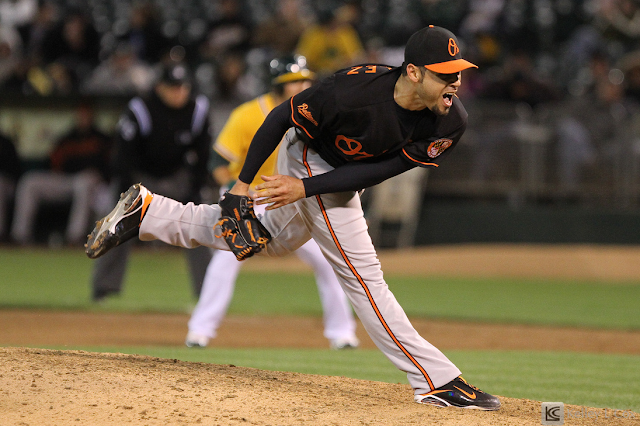 And Michael Wuertz finished the game. A great win for the A's. 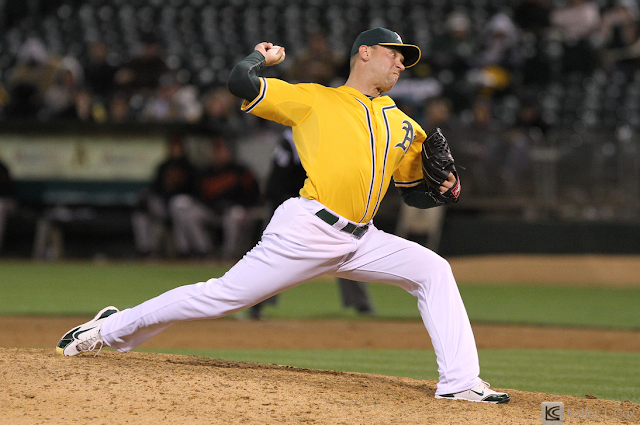