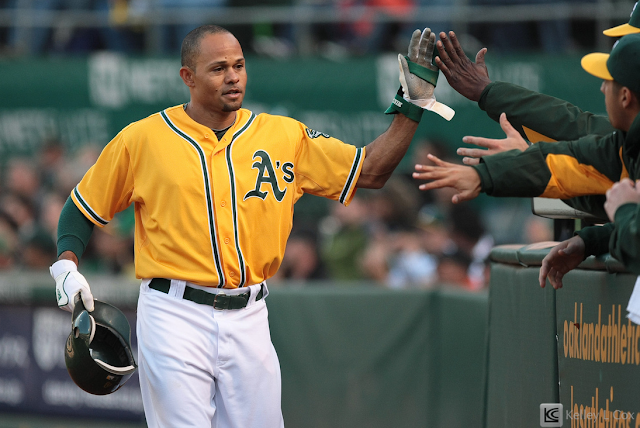 Headed over to the O.co Coliseum for the Oakland A's game against their friendly neighbors, the Giants! 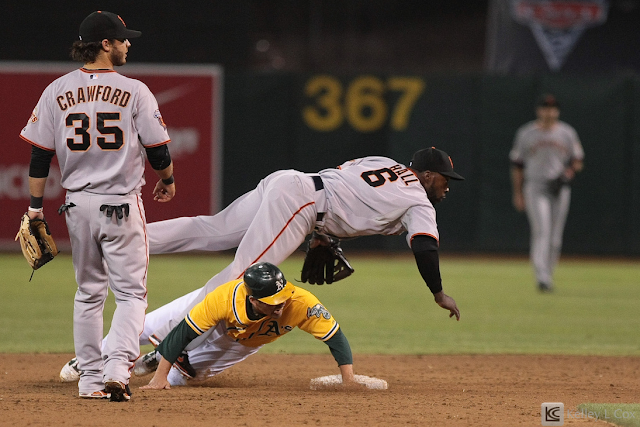 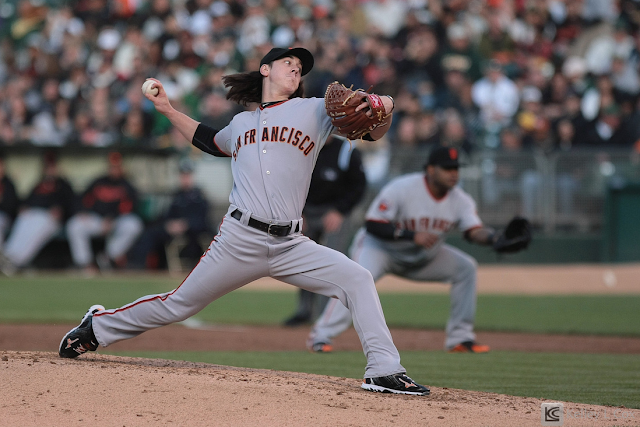 And A's started with Graham Godfrey in his just second MLB game. 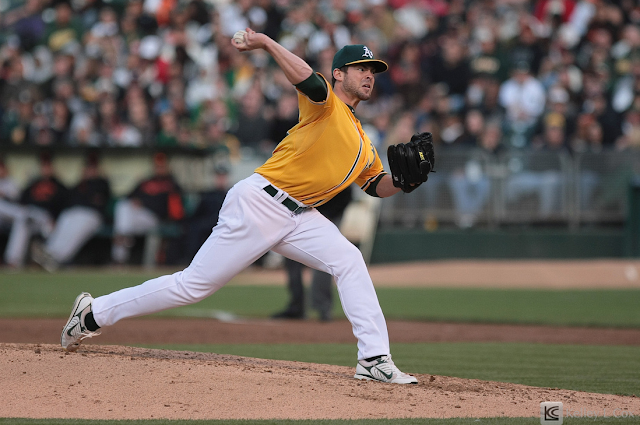 Due in part to some errors by the Giants, A's defeated the Giants 5-2. 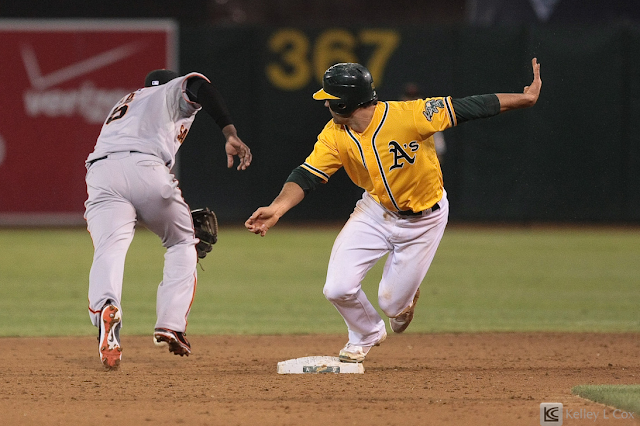 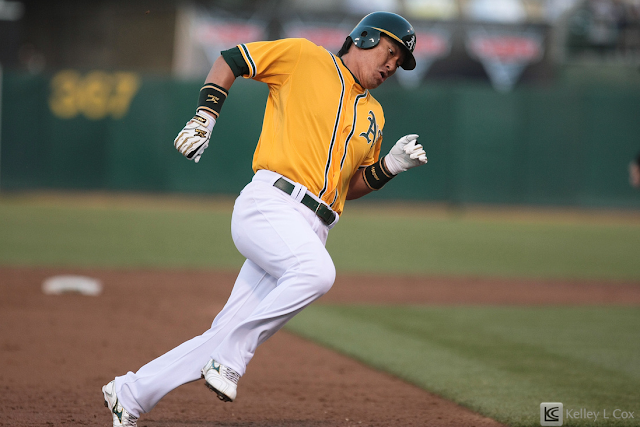 Pablo Sandoval, back in action slid to third base. 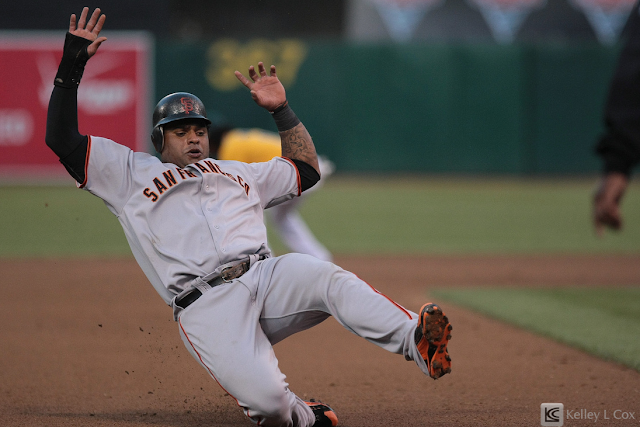 But later as younin' Jemile Weeks came sliding into third he was easily tagged out by veteran Miguel Tejada as the fans behind me commented "Welcome to the big league, kid!" 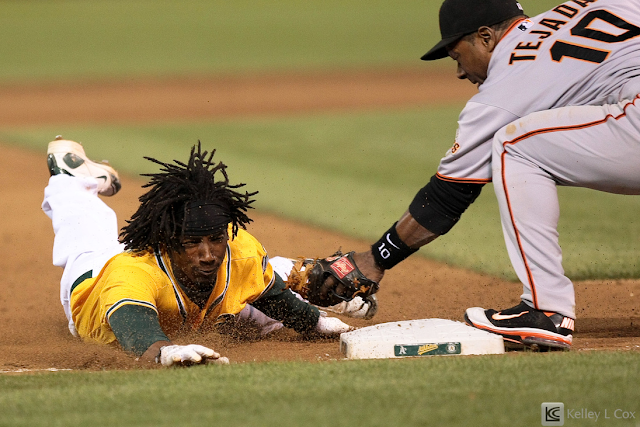