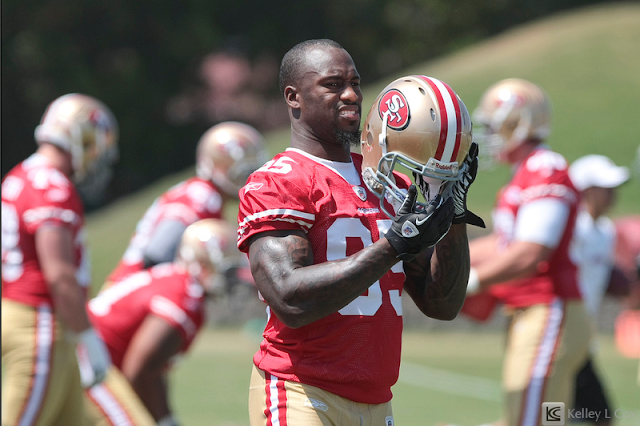 Headed over to the 49ers headquarters and training facility again for the first day of camp! 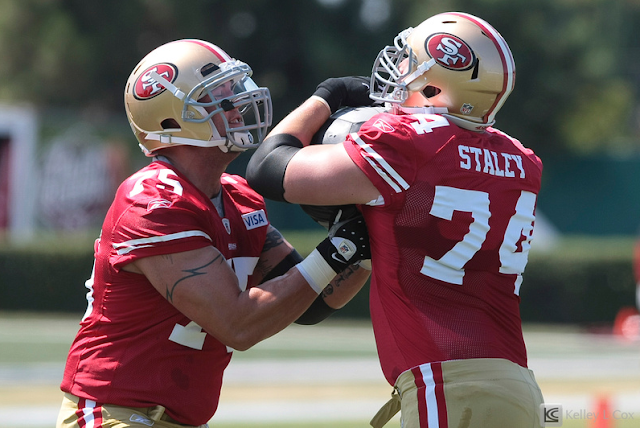 Football is really back, and everybody is happy! 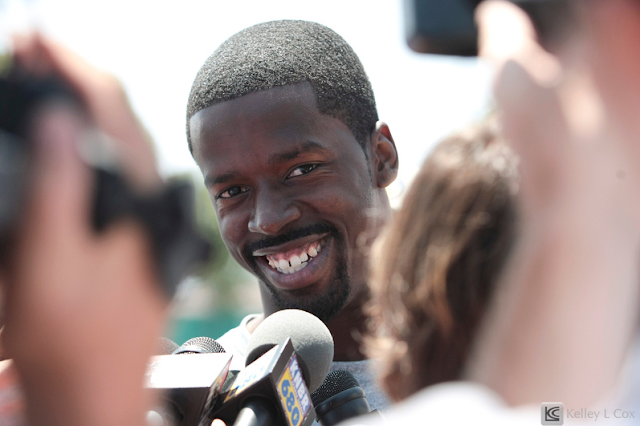 Alex Smith has yet to ink his contract so was out there with the guys but couldn't dress for practice. 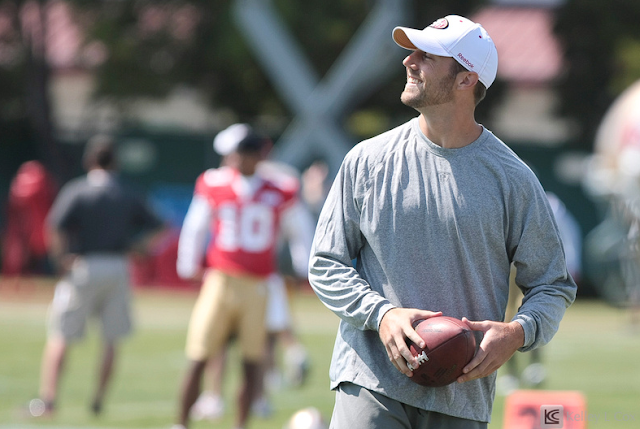 Michael Crabtree was walking around with a boot on his foot, but will hopefully be back to form soon. 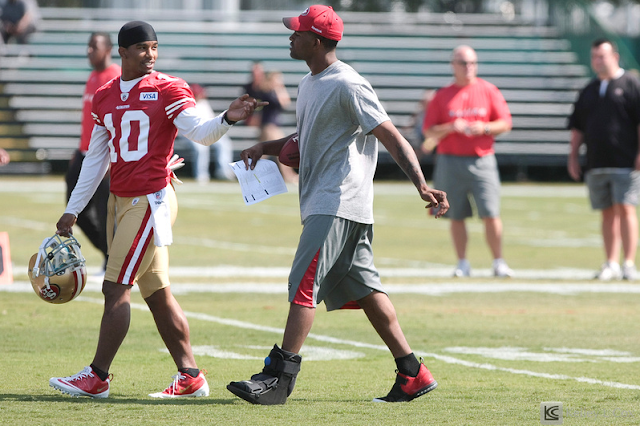 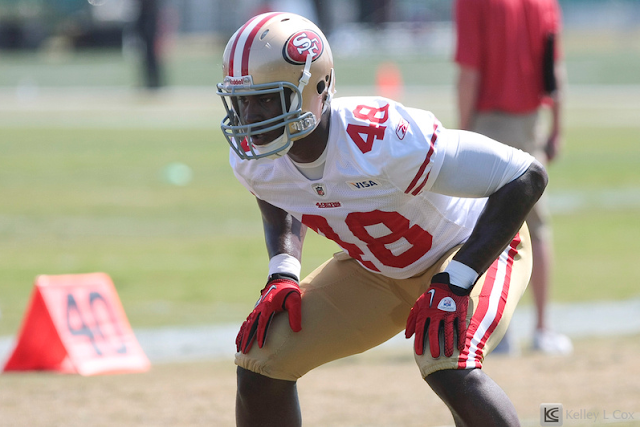 It's great to see Jim Harbaugh at the helm of the 49ers organization. 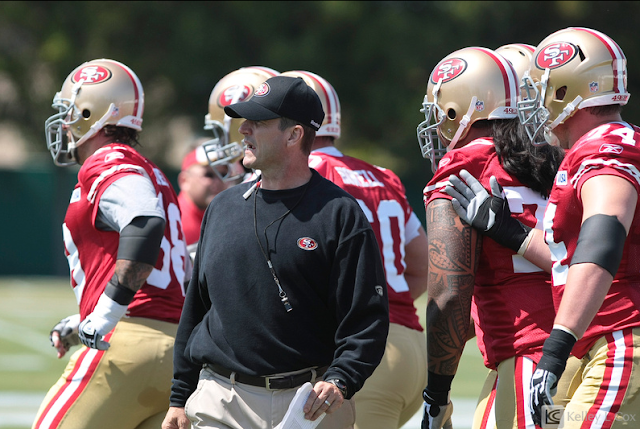 Though a Cal Bear for life, there's no arguing Harbaugh did wonders for the Stanford Football program. And it's exciting to see that he can work with some of his former players. Here taking the snap from Stanford center Chase Beeler, while instructing rookie QB Colin Kaepernick. 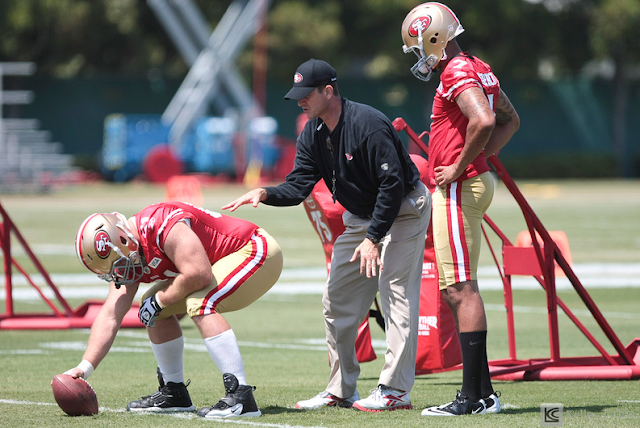 Also cool to see Vernon Davis, getting his work out in. And a relief to see a lot of the players kept and improved on their form during the downtime of the lockout. 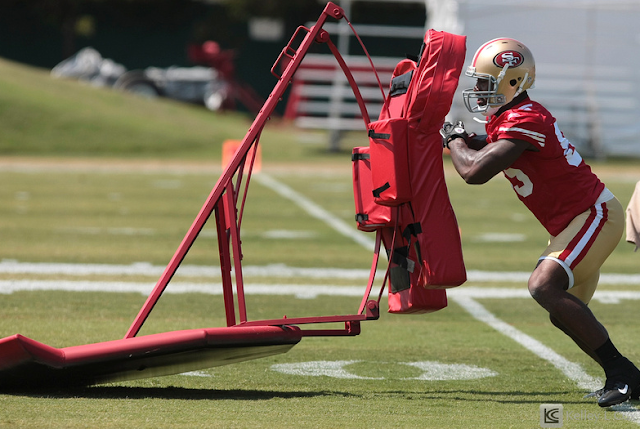 As Patrick Willis mentioned, it's great for their bodies to take a break from the hits, both during the break, and in the new agreement to eliminate double days of pad practice, ie hitting. Gives their bodies a chance to recover and work on form and strategy which will ultimately help the game. 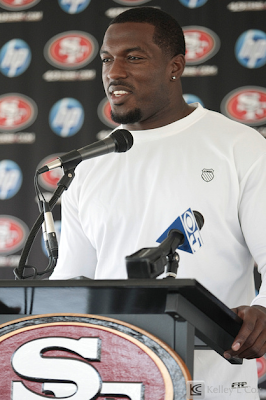 I spotted this on the door and felt like it was simple yet inspirational. Whether you are playing football or not, it's important to remind yourself what your priorities are and how you need to take care of them. 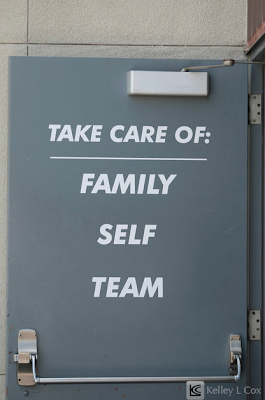