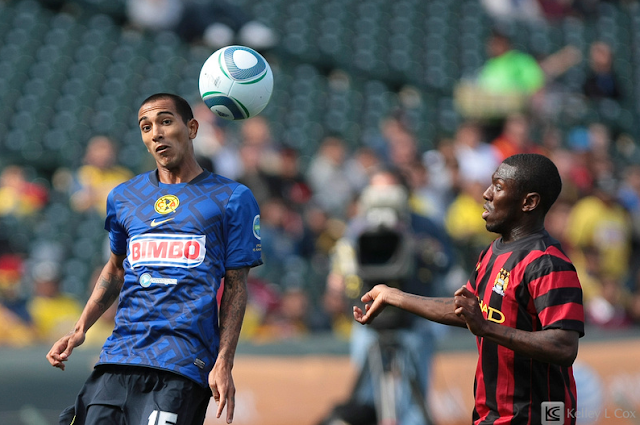 Headed over to AT&T Park for Manchester City vs Club America for the Herbalife World Football Challenge. Yup, not baseball but soccer. AT&T is a great facility regardless of the sport! 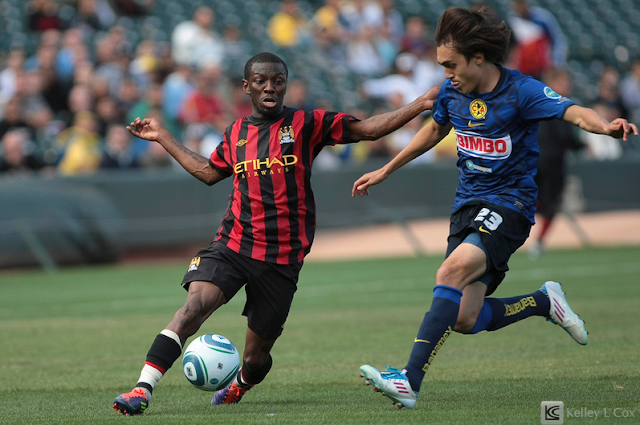 And what a treat for me to have two games in one week featuring Mexican teams! 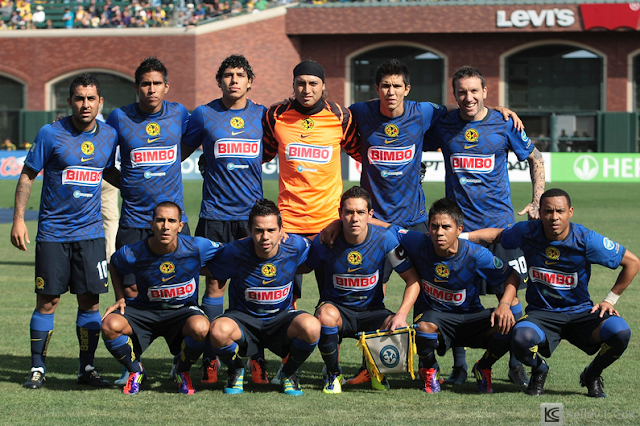 With a bonus of a Premier League team too! 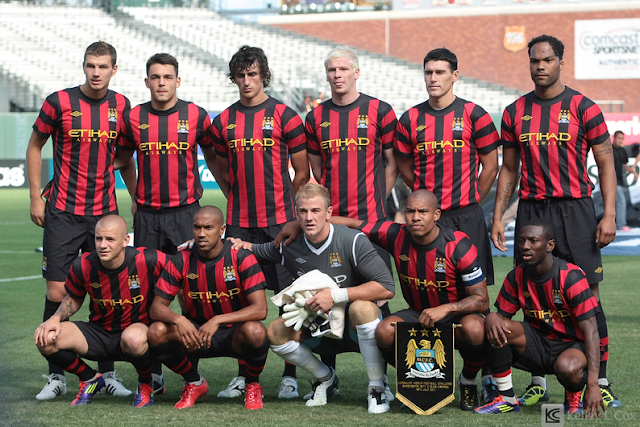 Manchester City came up with the 2-0 win. 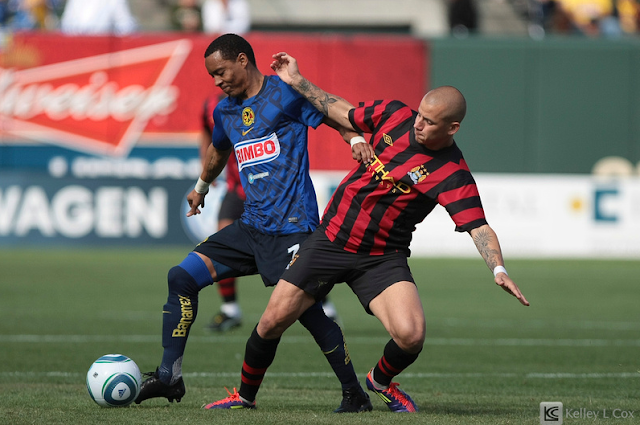 After the game Club America goalkeeper Armando Navarette hung around and autographed tshirt, hats, balls, gloves, photos, anything they threw out at him! 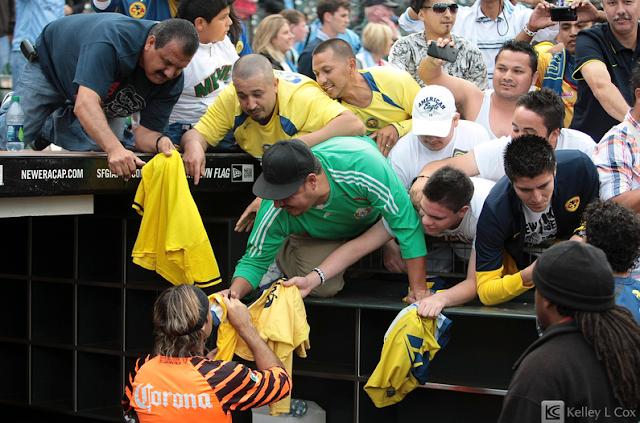 So nice of him to stick around for everyone. Even if it meant I couldn't get to my laptop placed right next to where he was standing haha... see my cord making a cameo in this photo. 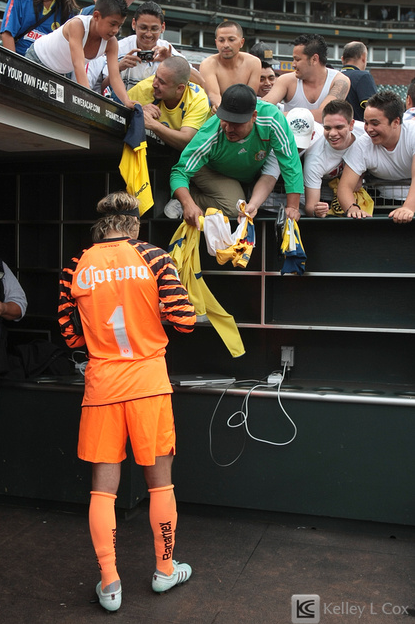 When I exit the park, I leave through the same gate the player's load the bus and exit from. Normally it's no big deal, but tonight, there were tons of fans crowding around the exit trying to catch a glimpse of the players. Security guard had to clear a path for me and escort me through the crowd as they whistled. Haha...  (sarcastically) celebrity status! Not going to lie, was kind of exciting ;-)
at July 16, 2011
Labels: Club America, Futbol, ISI Photos, Manchester City, Men's, Mens