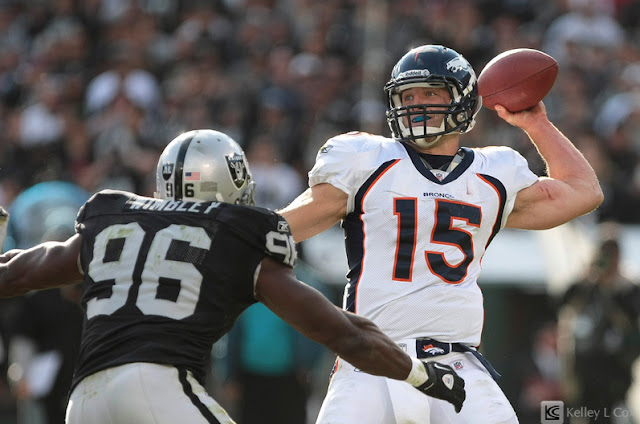 Headed over to O.co Coliseum for the Broncos vs the Raiders. 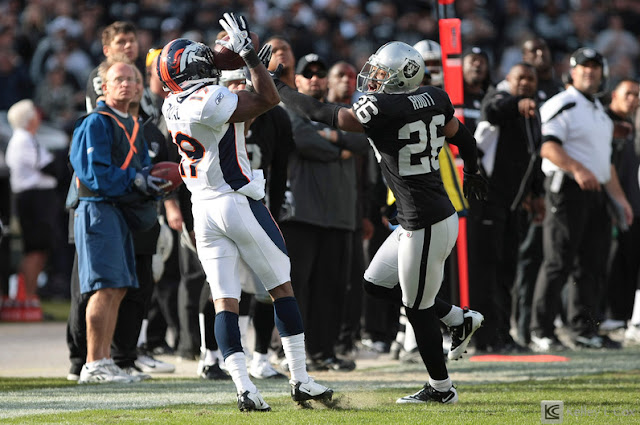 After lots of hype and let down, and hype about Tim Tebow's quarterbacking, he was the story I was focused on. 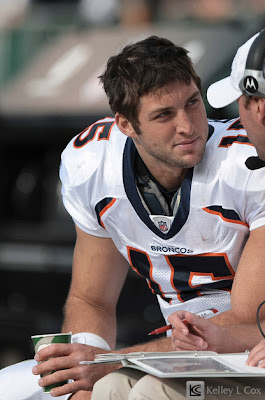 Started with some warm up shots. 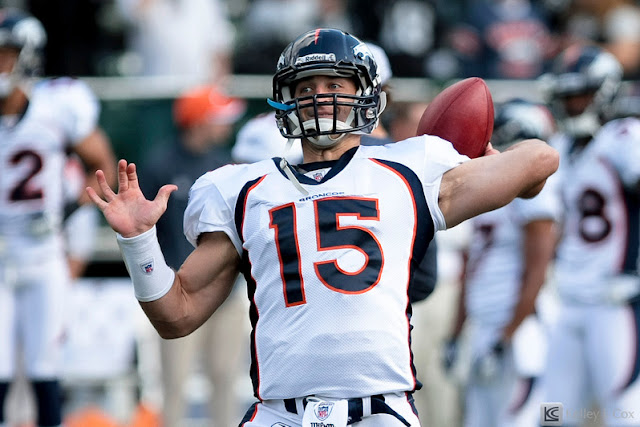 But then Tony Medina pointed out that John Elway was on the sideline. 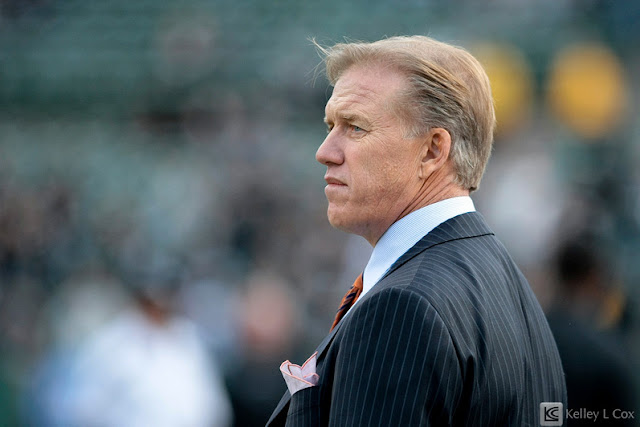 You never know who you might see along the sideline pregame at Raiders... even Ice Cube! 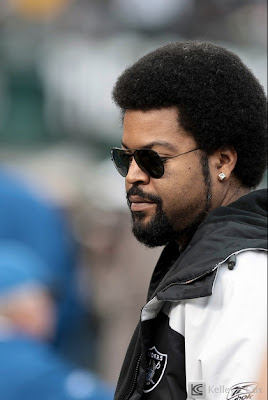 Tim Tebow got pretty beat up, but silenced some of his critics with a 38-24 win over the Raiders. 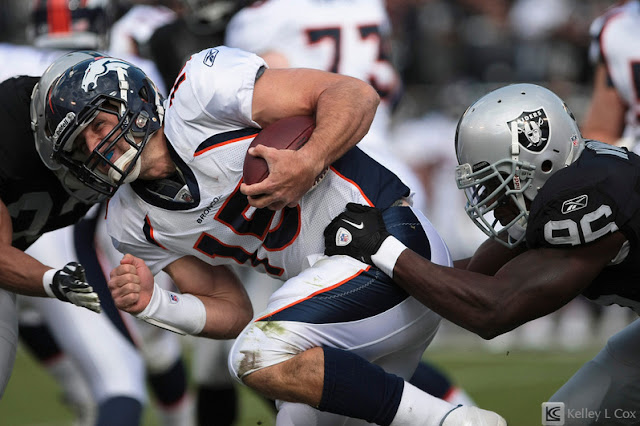 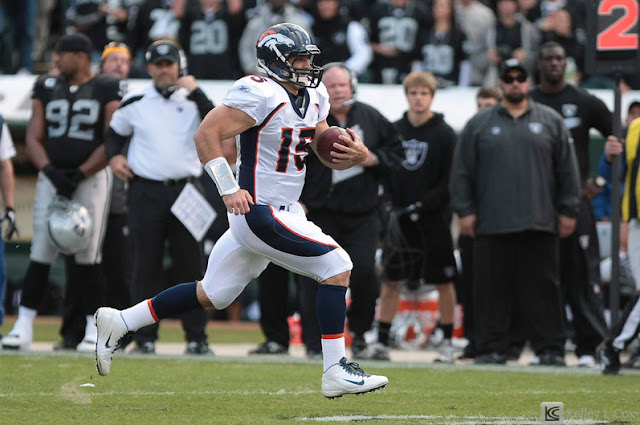 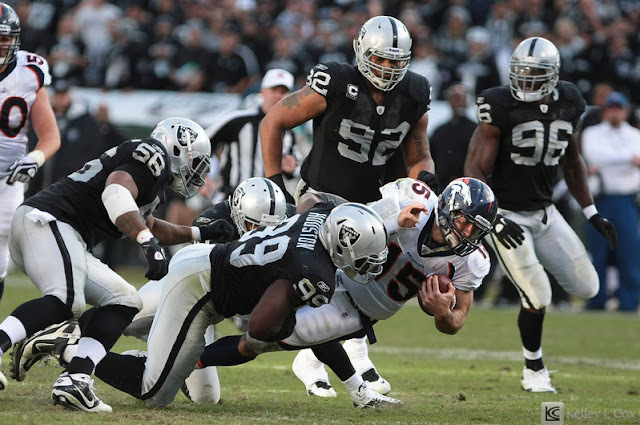 Though Tebow wasn't the only quarterback looking to make his mark as Carson Palmer had his first career start for the Raiders. 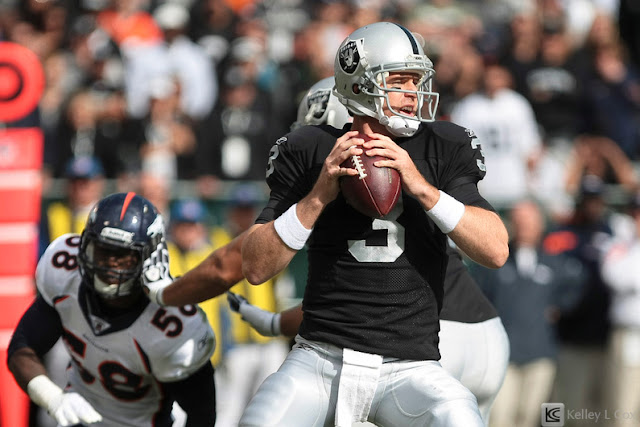 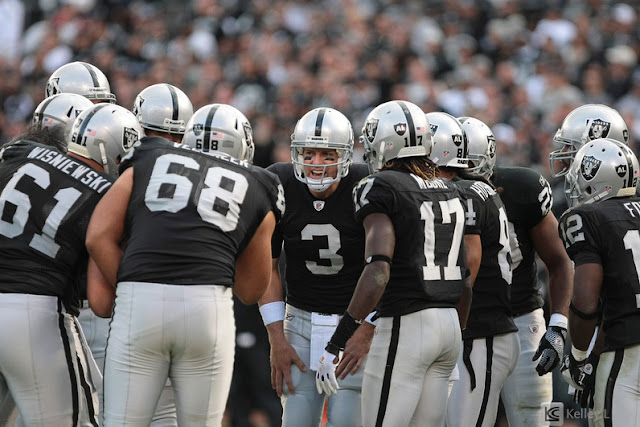 And the kinks that came along with it. 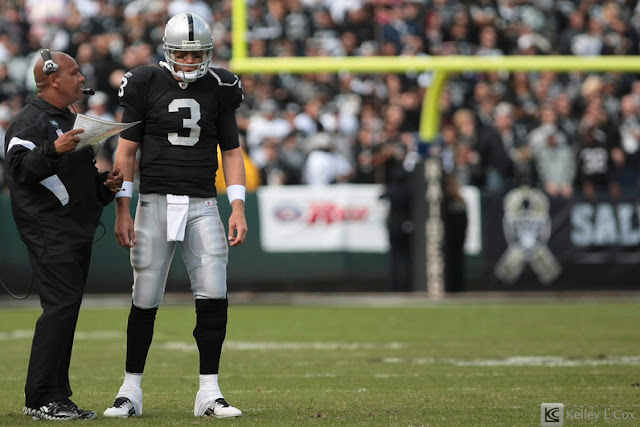 But the real star of the game... the flag 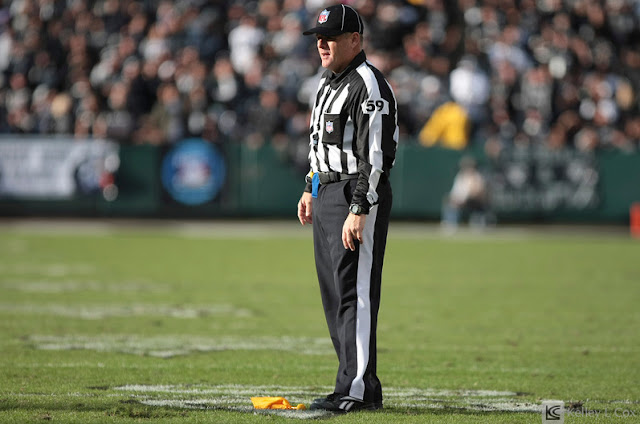 So many penalties called! Field goal was rekicked, then rekicked again, then another personal foul gave Broncos a first down. 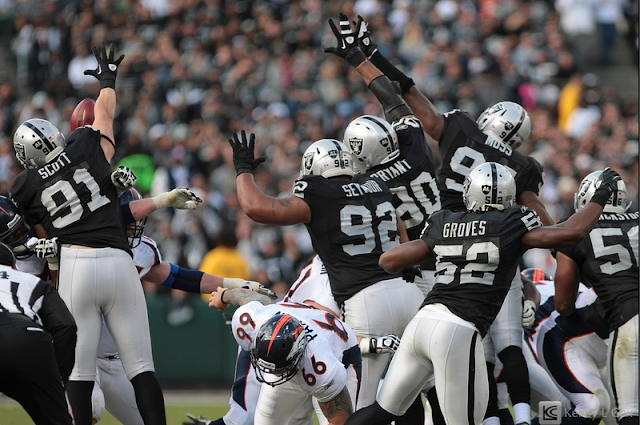 Tebow's throw didn't quite make it and the pass came soaring towards me. As soon as I saw this through my camera, I took out my hand and managed to swat away the ball before it hit me in the face. 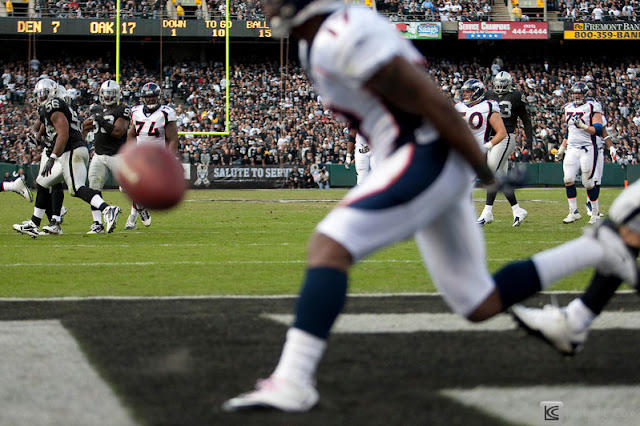 I'm pretty proud of my quick reflexes, I even found the play on my dad's DVR. See if you can spot me... don't know why my fast action hands didn't make sportscenter ;-)


By the end of the game, Broncos were up by two scores and under two minutes left in the game. 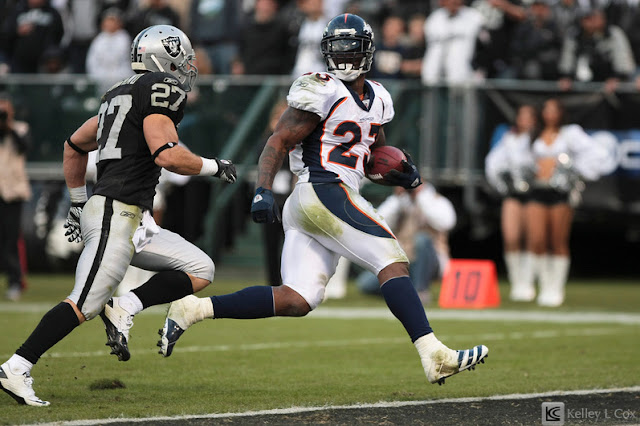 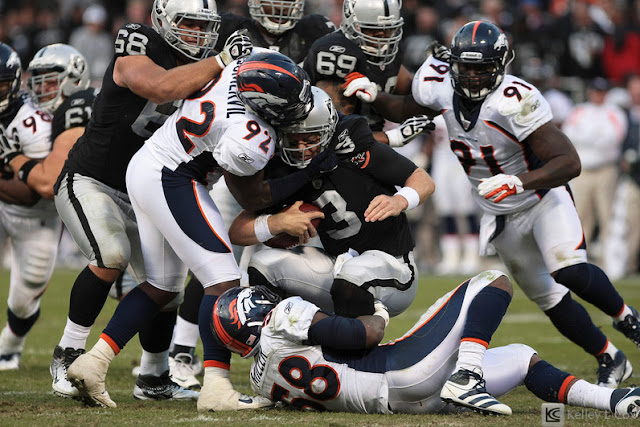