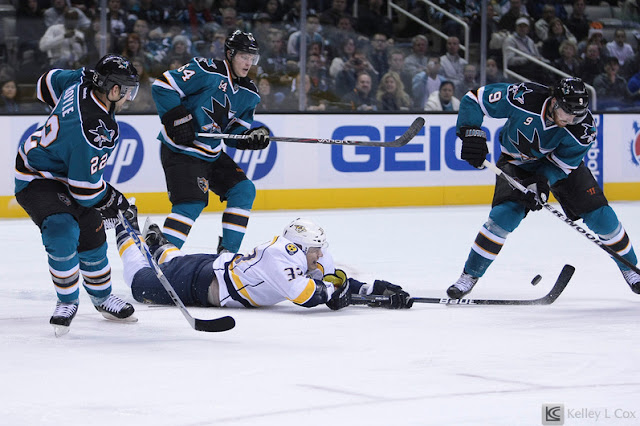 Headed back to the Shark Tank for Predators vs Sharks. As I've mentioned before in my Sharks blog, there are a limited number of "holes" to shoot from ice level. These are cut outs in the glass that you can put your lens through. AP, Getty, San Jose Mercury News, and the Sharks team photographer all have designated holes, and the remaining hole is left for us wire agencies photographers to coordinate. But every once in a while, the company doesn't send a photographer and then us wire photographers get to mix it up. One of the best positioned holes is for the Mercury, so as much as I like the two main Merc photographers Nhat Meyer and Josie Lepe, I was excited when Nhat mentioned the Merc wasn't sending anybody and I was able to share with Damon Tarver and shoot from the hole in the second period. 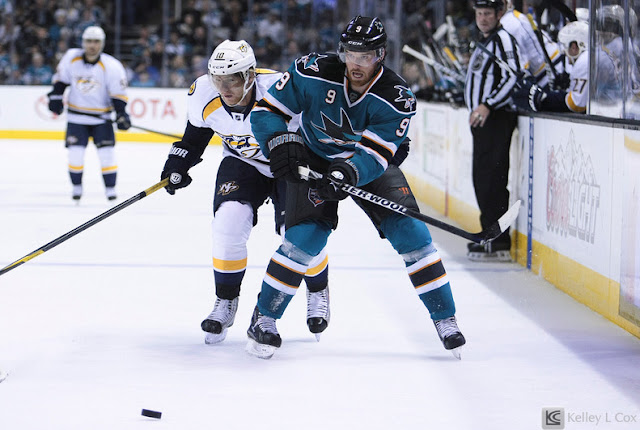 I started first in the "Sharkshead" hole which instead of trying to get the same shot behind Marleu skating out to the ice, I went the other way to get the players coming out of the locker room towards the ice. 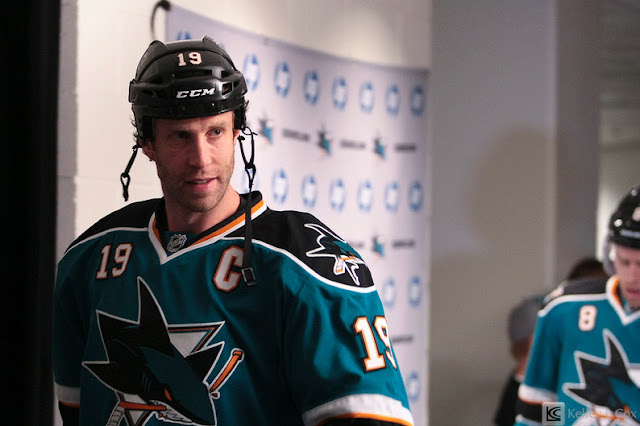 I'm sure Douglas Murray is a lovely person... but I wouldn't mess with him! 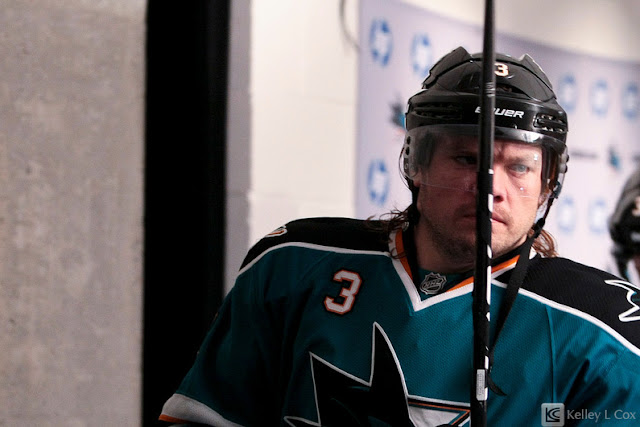 The other holes have a very limited view, normally being able to catch the action at your nearest goal, but unable to turn your lens enough to shoot anything across the rink. The Merc's hole is in a perfect corner that has almost zero limitations. 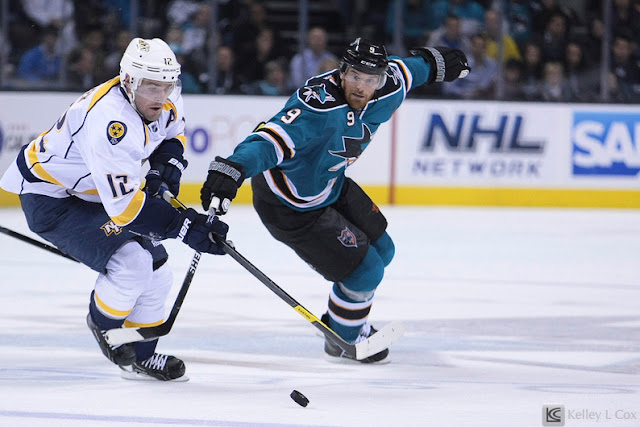 You can even shoot across the rink and still get decent shots. 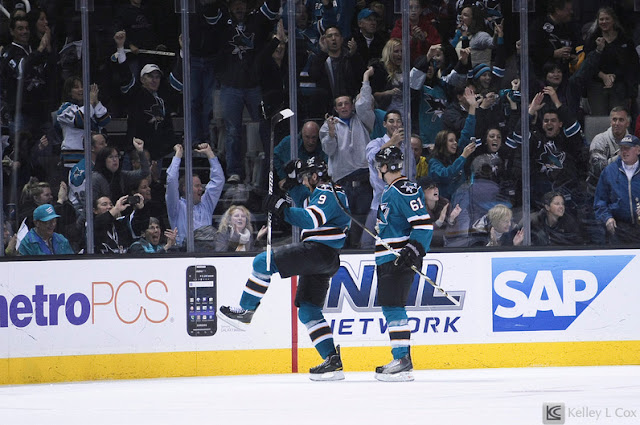 And there's great shots of the players really coming at you, as opposed to across your line of vision. 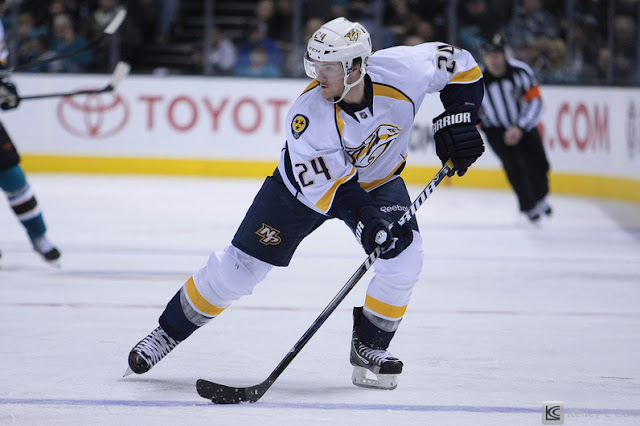 But it's also in one of the most dangerous spots, and even this fast action Jackson had the puck skim the top of my lens as is curled/whipped around behind the goal along the rink. Thankfully no damage was done, but I still felt a bit of relief when I went up top for the third period. 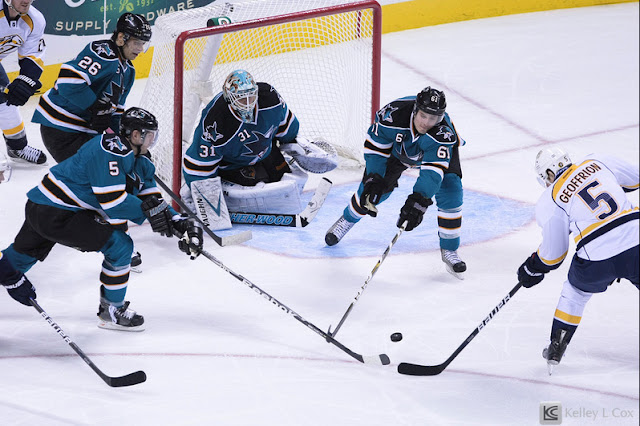 That said, I would love to photograph from there every game! 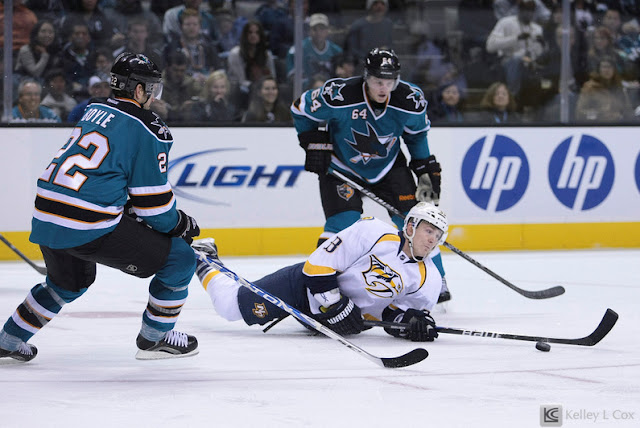 Sharks lost 4-3 to the Predators. 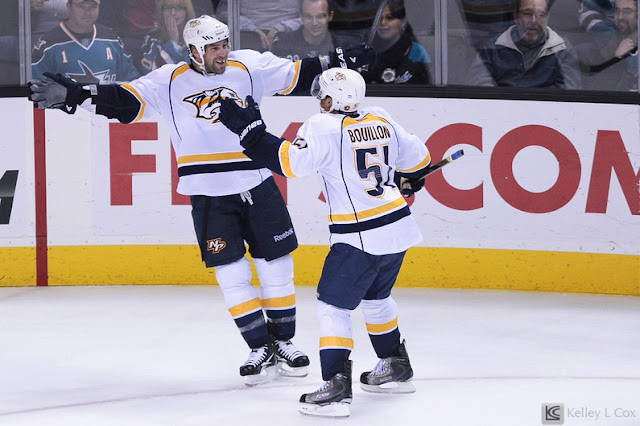