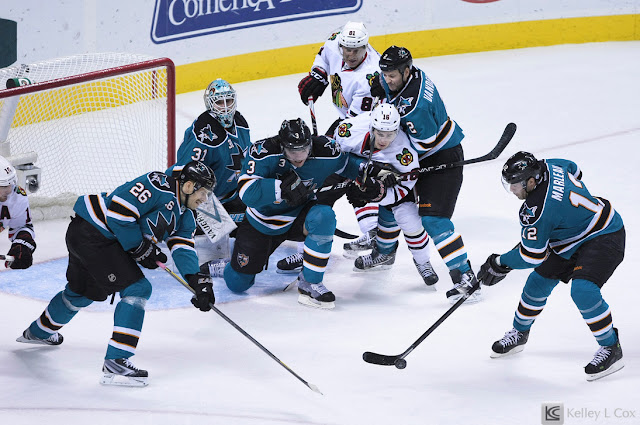 Headed down to the Shark Tank between Vacaville days of mom's birthday and Thanksgiving for the Sharks vs the Blackhawks. 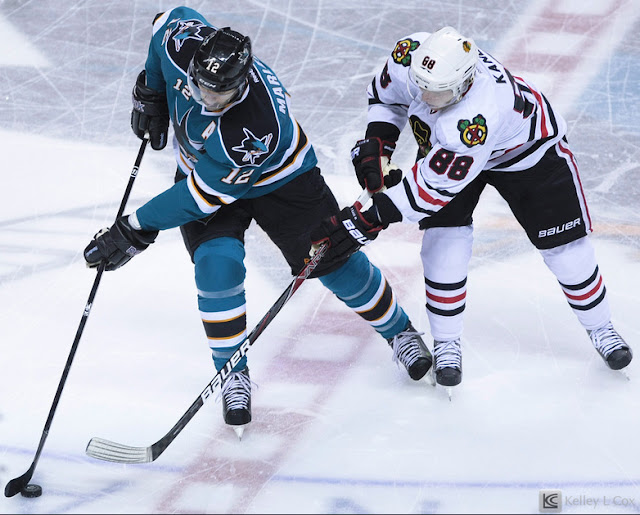 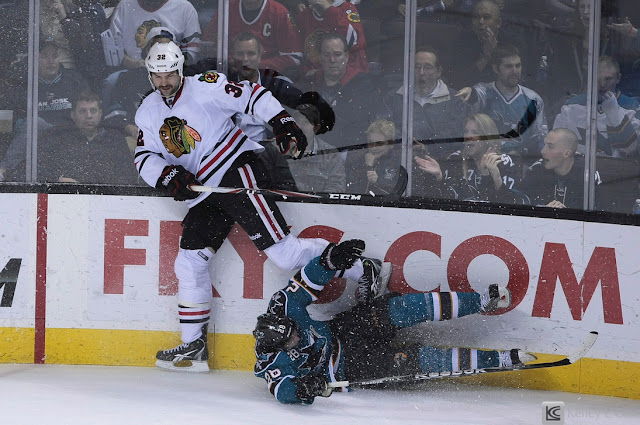 Antti Niemi had a great game defending the goal against his former team. 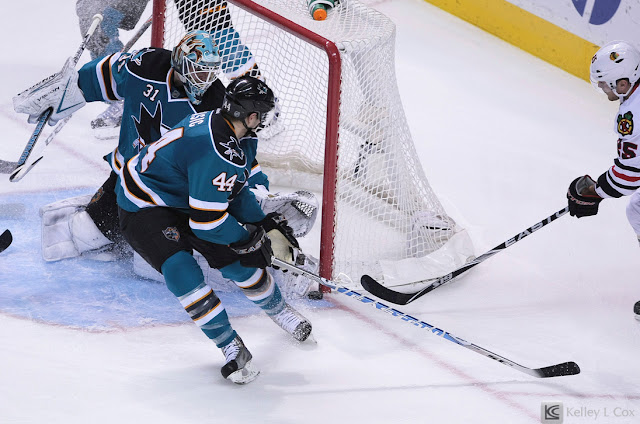 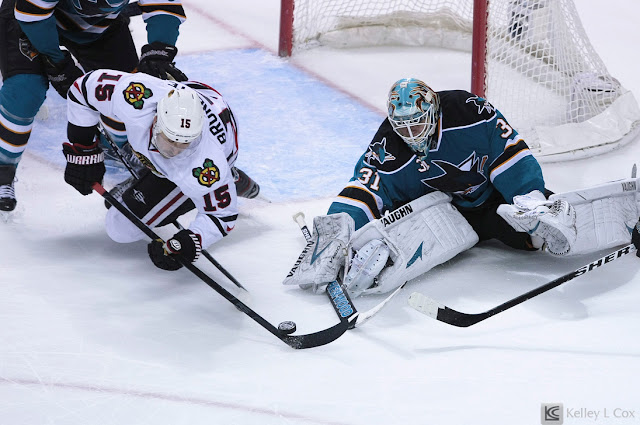 With an impressive block from a one-on-one with Bryan Bickell. 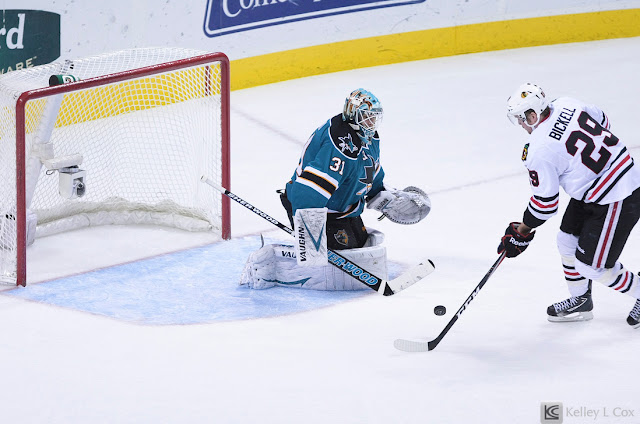 The goal itself was more afraid than Niemi, as it tried to escape the line ;-) 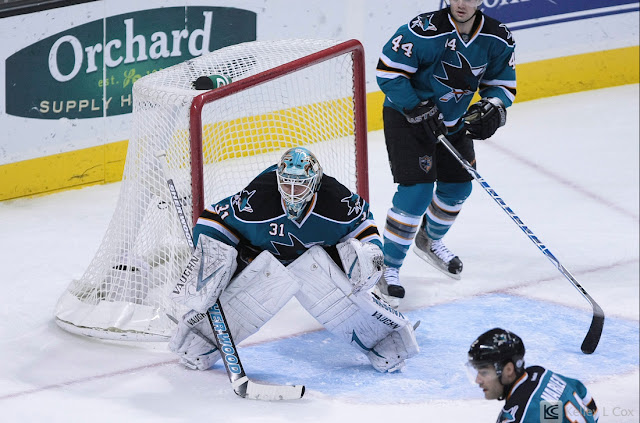 Jason Demers came up with the only goal of the game for the Sharks as they held off the Blackhawks 1-0. 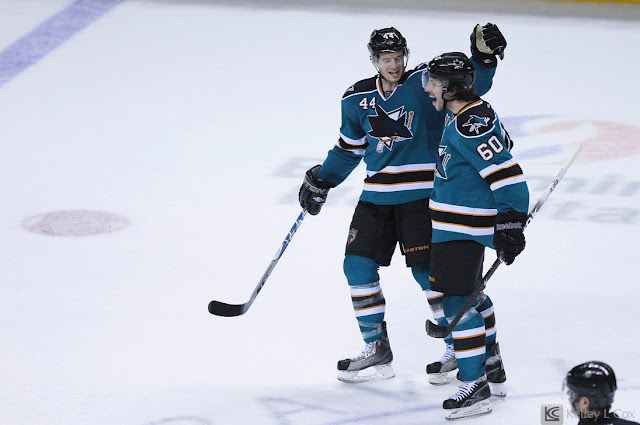 It's crazy how hockey players have this reputation of brutish men, and that might not be that far off as Ryan Clowe is still sporting a black eye. 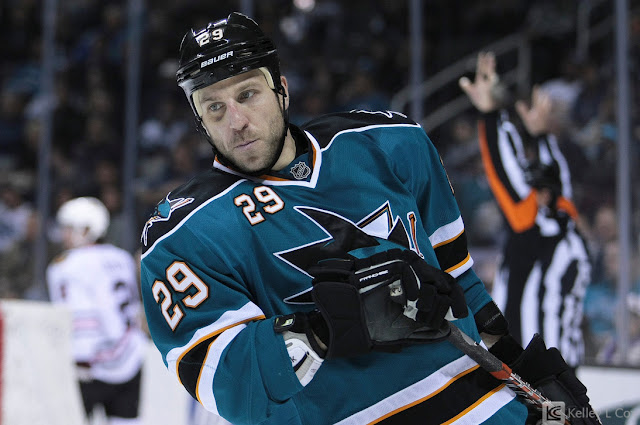 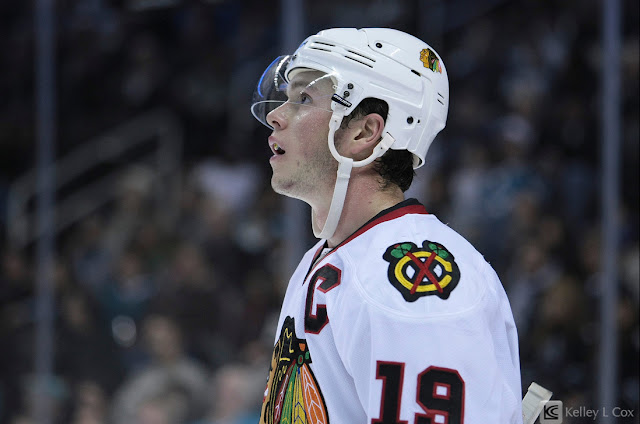