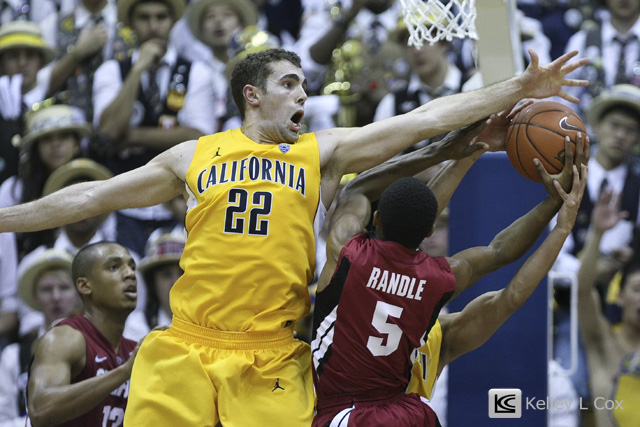 Headed over to Haas Pavilion for my fifth day in a row of shooting basketball as the California Golden Bears faced off against the Stanford Cardinal. 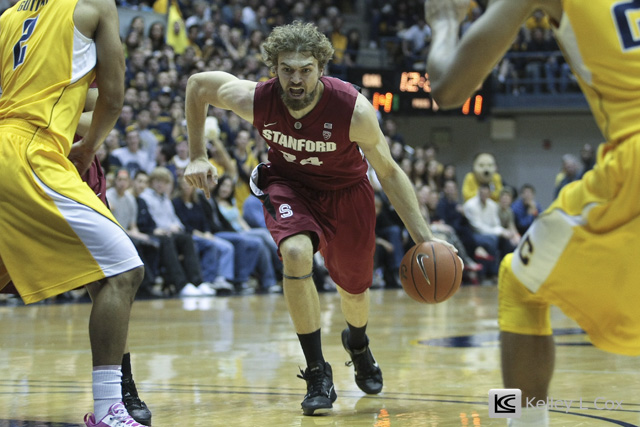 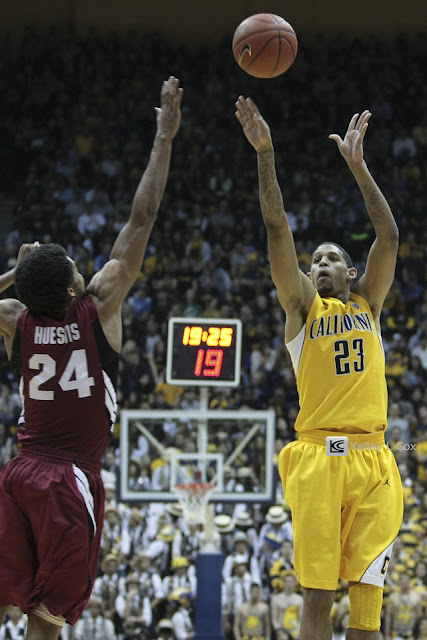 The game was part of Coaches vs Cancer where the coaches wear white sneakers for cancer awareness. 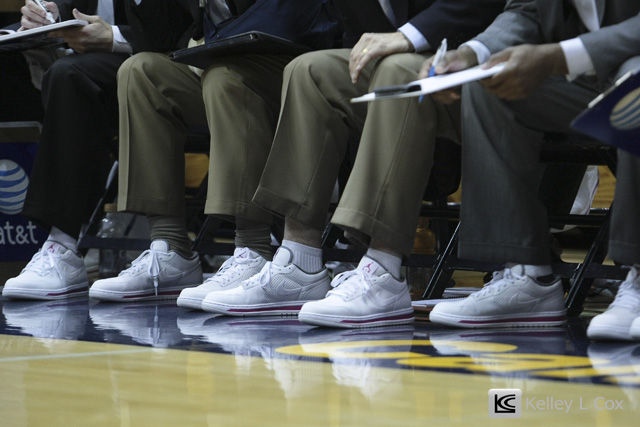 I thought I'd join the cause and wear one of my favorite pairs of white shoes. As I've been tweeting my feet via instagram to try and get people interested in the events I'm covering... I find more are interested in my shoes haha, oh well! 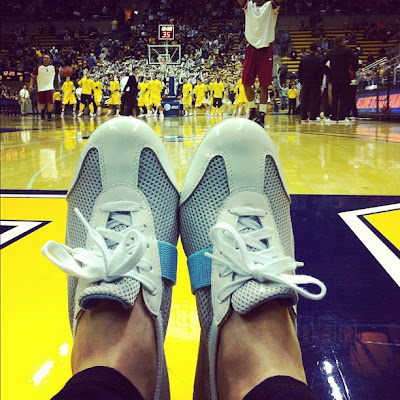 Cal came out and battled against their rival. 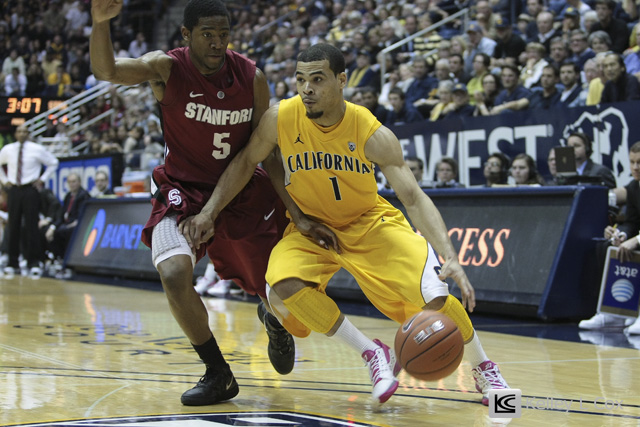 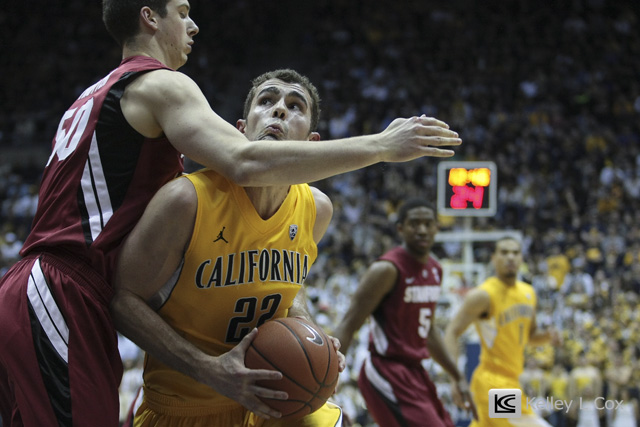 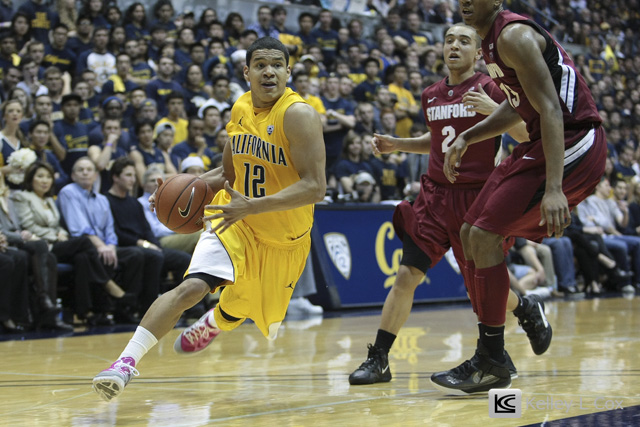 Both the plays and the mascots. 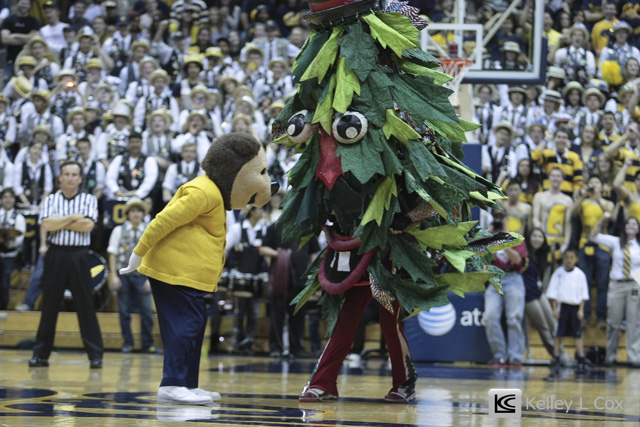 And though Jorge Gutierrez pretty clearly did indeed foul Josh Owens on this play...whups 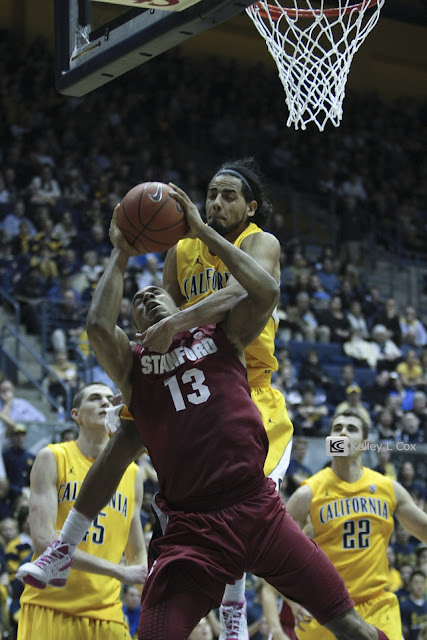 Coach Mike Montgomery wasn't entirely happy with the officiating on some other calls. 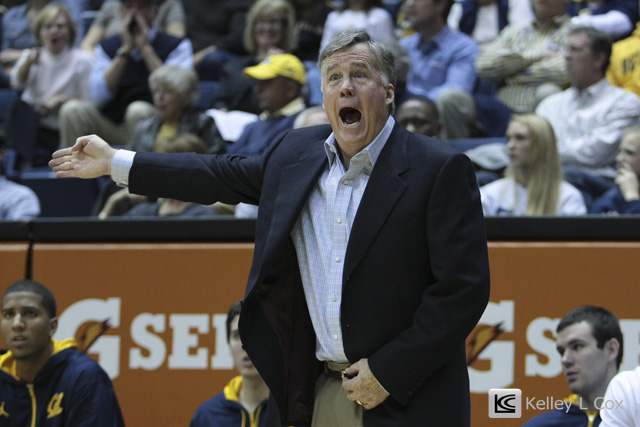 Cal and Stanford went neck and neck for awhile with Cal eventually breaking away for the clear win. 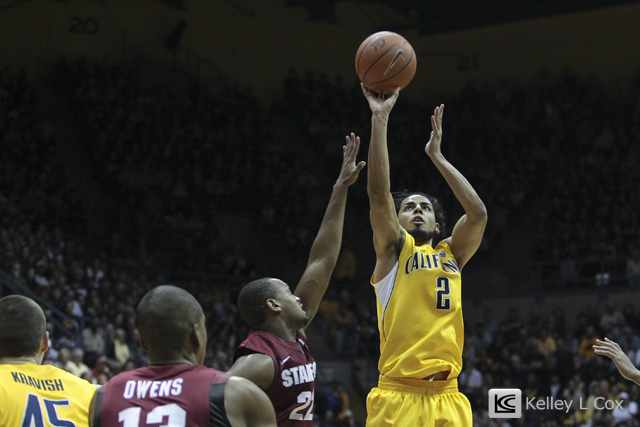 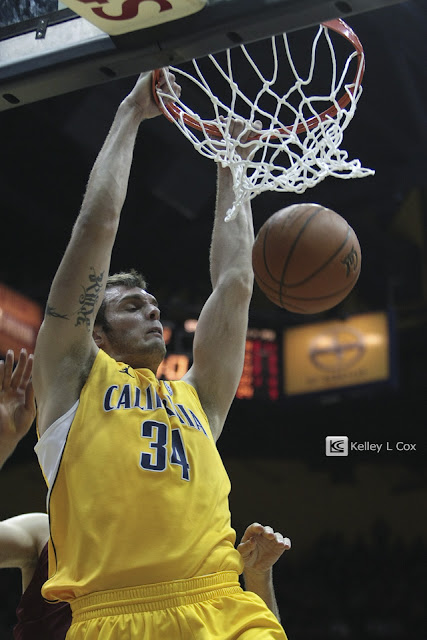 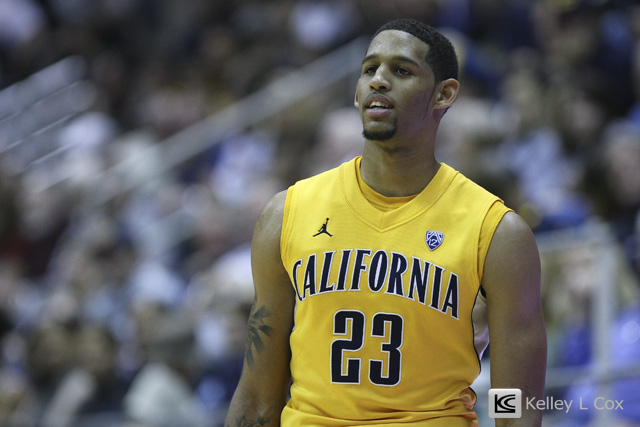 Holding the ball in the final second, Brandon Smith faked like he was going to drive for the basket, but contained himself and the game ended 69-59 for a Golden Bear victory! 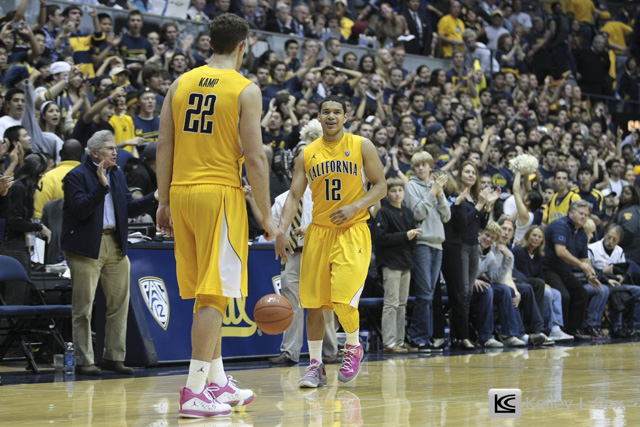