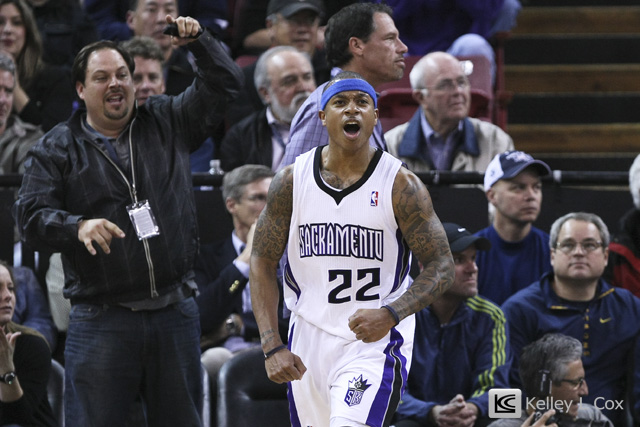 Headed back to Power Balance Pavilion for the game between the Portland Trailblazers and the Sacramento Kings. 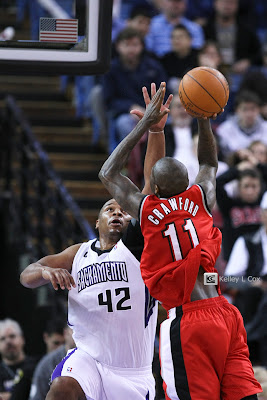 Before the game, the fans behind me asked Portland's Gerald Wallace, a Kings player from 2001-2004, if he missed Sacramento. He didn't say anything, just kind of put his head back and laughed. Ouch! 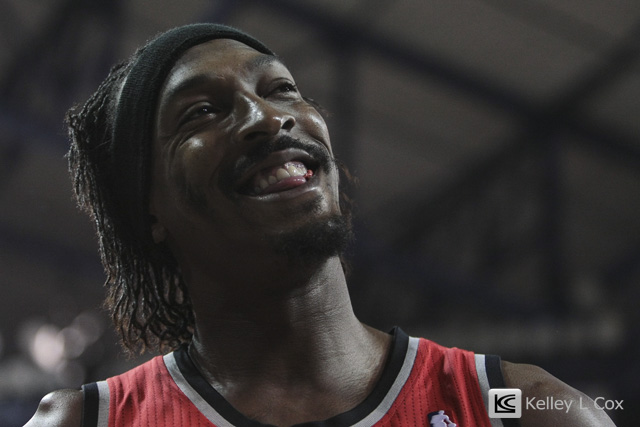 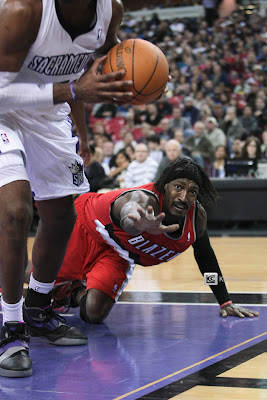 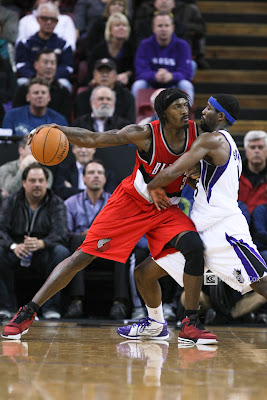 As the game got going, DeMarcus Cousins picked up two fouls before the first timeout and I thought Kings were going to be in trouble. 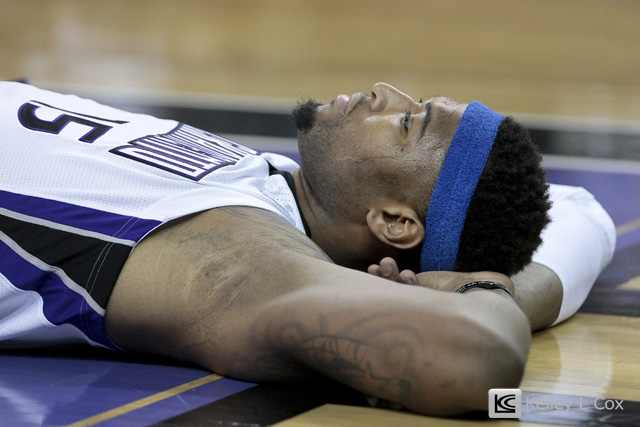 Later he was asking the ref to "clean up" the game, after some rough and tumble in the paint. 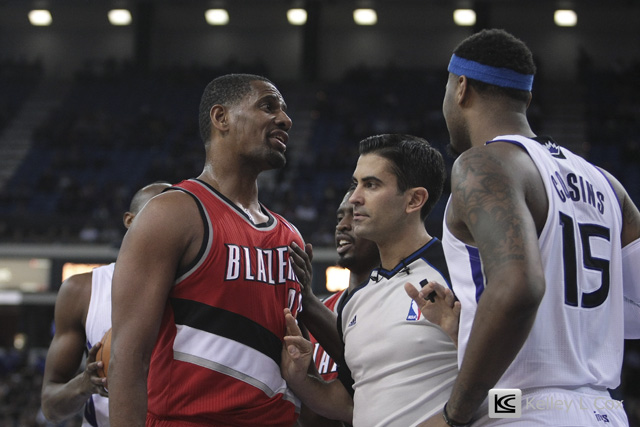 A foul sent Kings leading scorer Marcus Thornton to floor - in his first game back from injury. 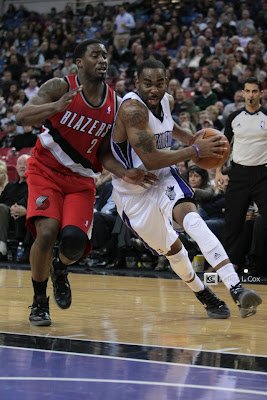 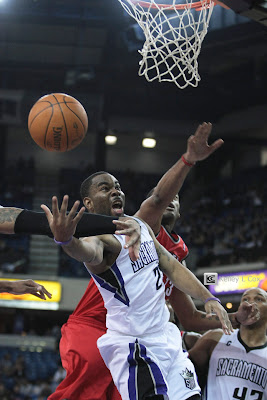 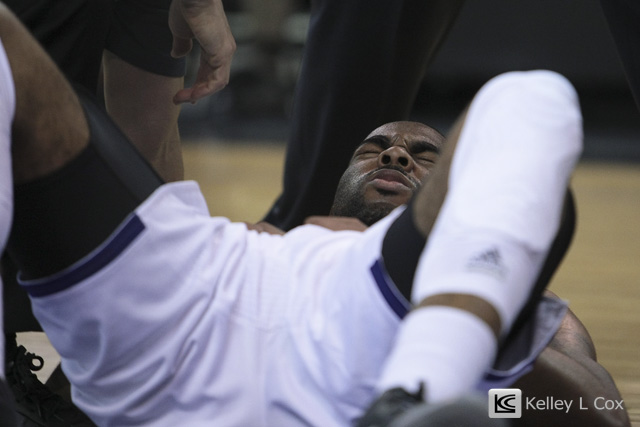 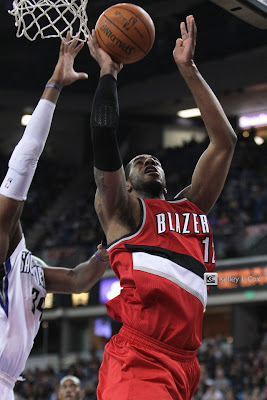 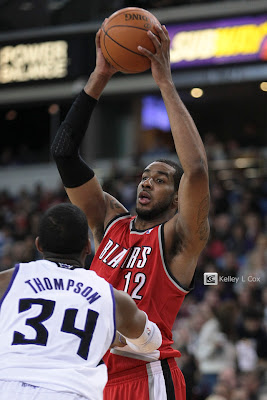 But with 3:39 left in the third Tyreke Evans put up a huge breakaway dunk to tie the game, and fired up the Kings. 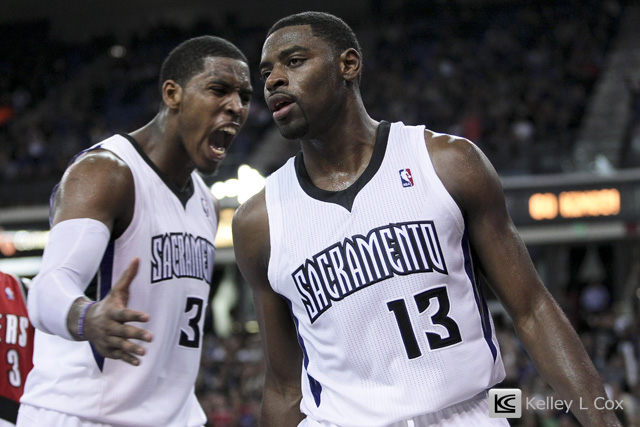 With Kings up by three in the final seconds, Portland got the ball and scrambled, shooting/rebounding for three three-point shots, but none of them went in, and Kings came up with the 95-92 win. 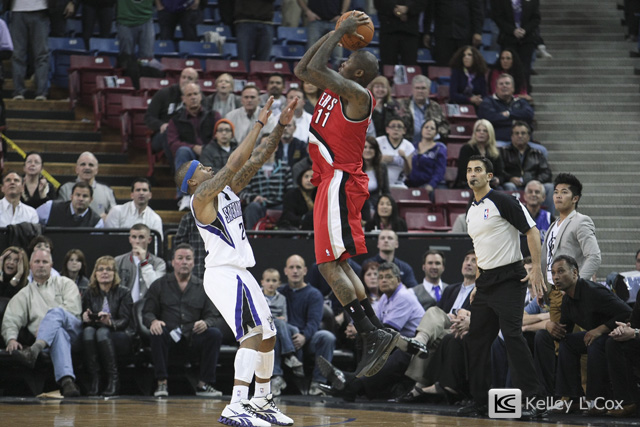 I'm super impressed with Isaiah Thomas, who is 5'9" which might be average for a guy in everyday life, but is about a foot shorter than all of the guys on the court. You might be able to guess that by his speed. But you wouldn't guess that when he goes up to block shots. 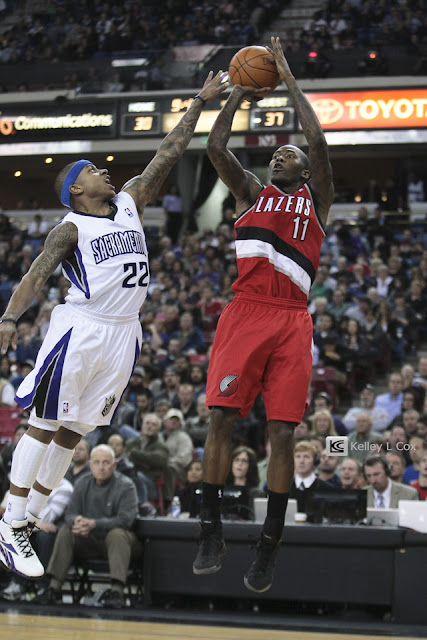 Or takes jumps shots against the giants on the court. 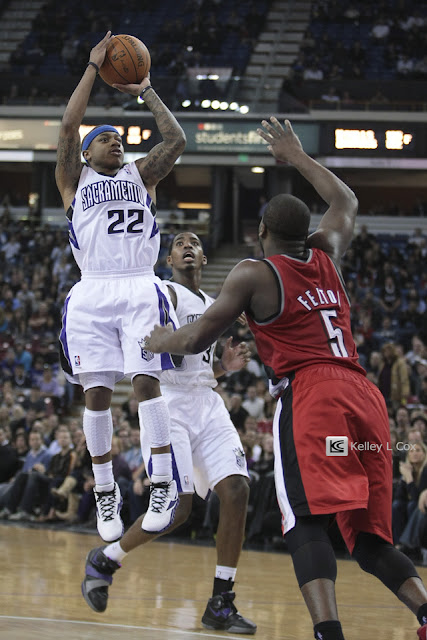 Also impressive, he was picked dead last in the 2011 draft and logged 17 minutes in this game... compared to first round pick Jimmer Fredette who never got on the court at all. Not to say Jimmer isn't working hard, but Thomas sure makes ya believe in hard work, chasing your dreams, and cheering for the little guy. 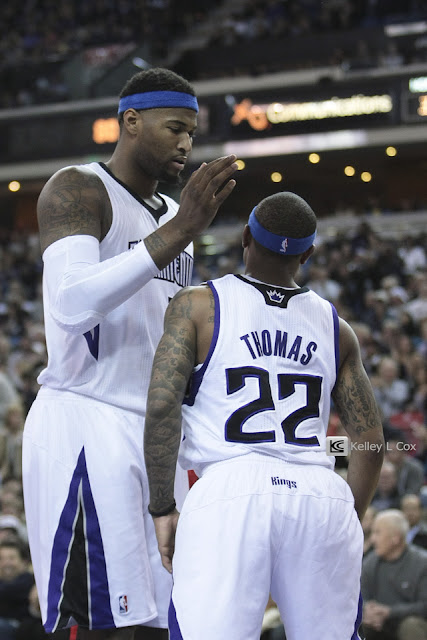 I also like Keith Smart. I'm not basketball savvy enough to argue that it's his coaching style, for me it's his expressions. 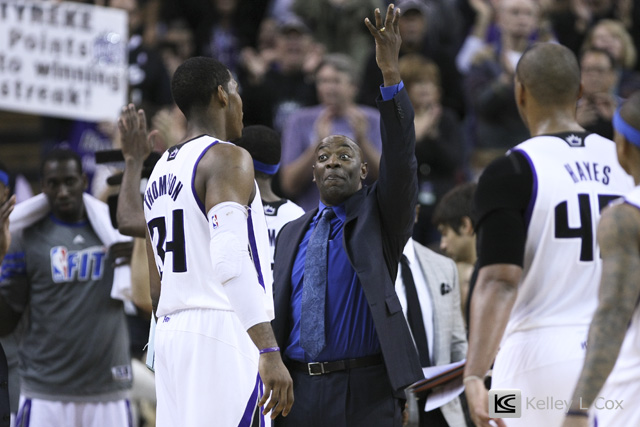 And that he puts players where he wants on the court... literally. Haha. 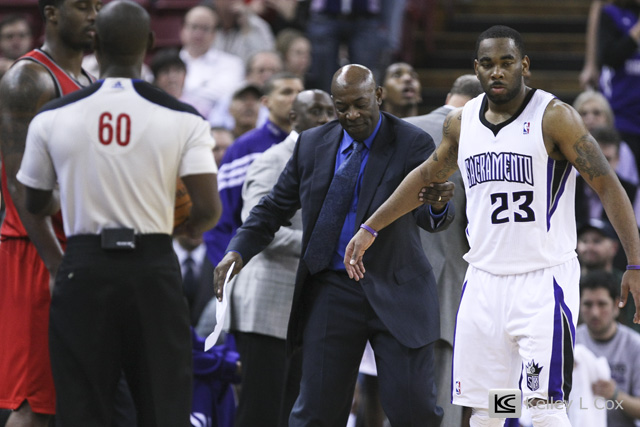 Great win for the Kings and I'm excited to go back Saturday as Keith Smart will face his former team, the Golden State Warriors! 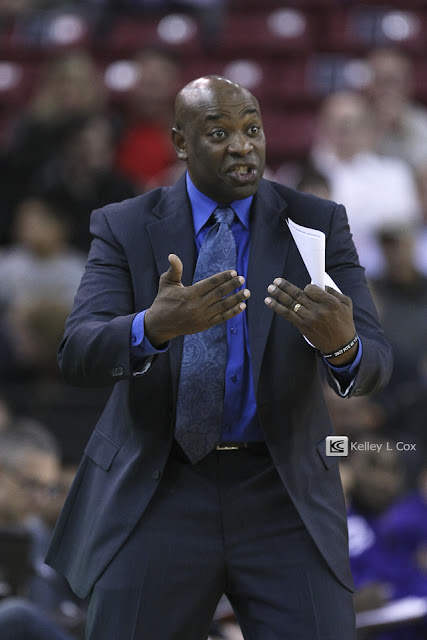