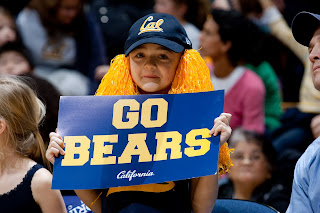 Covered Cal Women's Basketball vs Arizona State yesterday. It was "kids day" so there were little kiddies everywhere. This was made more overwhelming because apparently Nick Jonas, of the Jonas Brothers, was performing with his new independent project band at Zellerbach right next door. This meant lots of teenyboppers were lined up near Haas (back door to Zellerbach) just hoping to catch a glimpse of him walking off his tour bus. 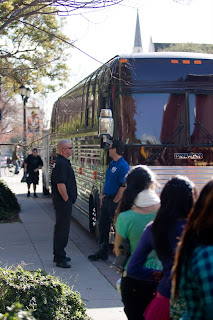 I would never want to be a paparazzi photographer... but I would like to see Nick Jonas. Game was at 2:30, I usually arrive ~hour early to turn on strobes, get set up, and be sure to catch intros. After waiting with the tweens for awhile, at 2:00 I gave up and headed into Haas... glad I did, because when I left at 5:30 they were still waiting. That's dedication! 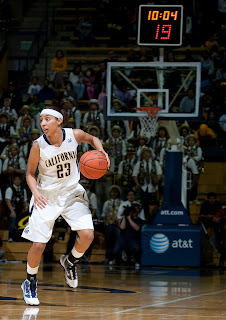 This game I tried something different, for the second half I turned off the strobes in the backcourt... the idea was to have the player be lit but it stand out from a darker background instead of a lit court. I like the idea, but I don't think I'll do it again because it really made the differences in white balance funky. 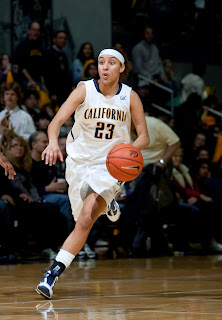 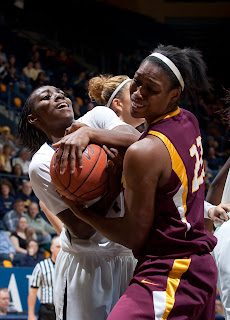