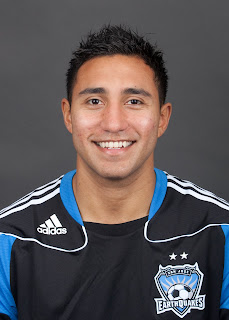 Headed over to the Oakland Coliseum today to photograph the San Jose Earthquakes. Their 2010 season is set to start March so they gotta have head shots for media guide, online roster, etc. I took head shots while John Todd took some action shots that you will soon be seeing on billboards across the bay area. Pretty cool! 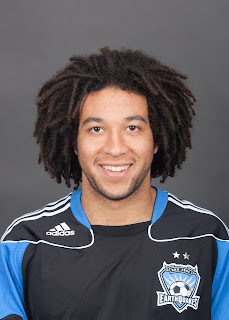 One of the draft picks - Midfielder Justin Morrow

I was in this room that was more or less a hallway and a urinal with some lockers. The background just barely fit in the space. Took a picture of it with my iPhone. 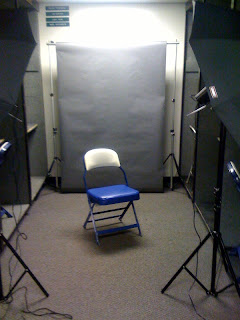 Also, got to sneak a peak in the Oakland A's weight room next door, and how exciting is this... they use the same brand equipment as the gym I go to. So I've concluded, I'm at the same level as a pro athlete ;-) 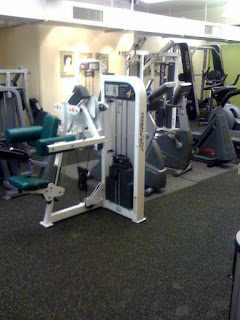 Head shots were fun as usual. Never worthy of a prize but a good solid photo that can get used and used for practical purposes. All the guys and staff were really nice. 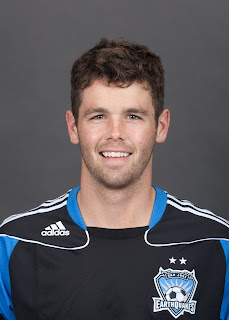 Now I'm pumped up for their season, go Quakes!! 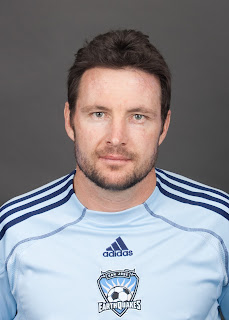 In other exciting news, they announced that Mexico will be playing Bolivia at Candlestick on February 24th. WooWoo! Hopefully I can get my credential set and shoot it =)
at January 28, 2010
Labels: Futbol, MLS, Portrait