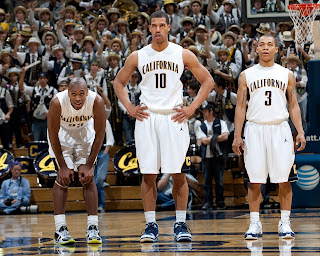 Man oh man! I need to go to bed! But I wanted to get this blog post up because tomorrow's blog post will be ALL about Mavericks! 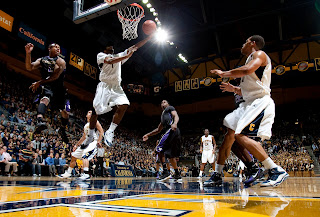 I don't want to downplay the excitement of last night's game though. Cal pulled out a great win over Washington 93-81. Jerome Randle was such a balla! It was his show. He has officially passed Kevin Johnson for Cal all time scoring. 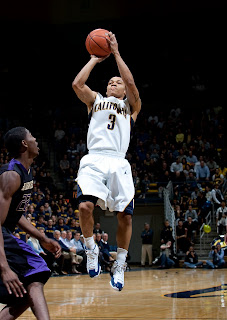 He had a scary fall where the Washington player accidentally ended up stepping on his face and chest kind of simultaneously. He came flying off the court RIGHT next to me. Kyle was right... I am a bit of a hazard. 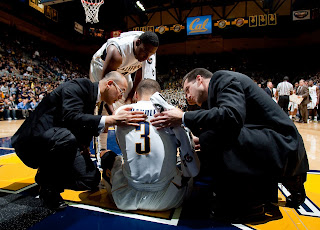 He was ok and returned shortly after to finish his show! 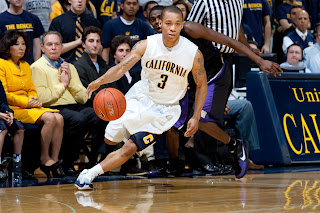 Ok, time for be I have to be up in ~2 hrs so I can be in Half Moon Bay by 6am. Stayed up too late getting excited, cleaning lenses, and getting together my camera gear in addition to Dramamine, Snacks, Warm Clothes, and let's just hope I didn't forget anything else!!!
at February 13, 2010
Labels: Cal Bears, GoldenBearSports, NCAA