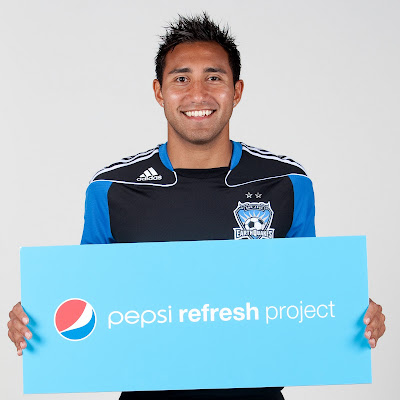 Had a cool opportunity last Friday to do a shoot with Arturo Alvarez from the San Jose Earthquakes for the Pepsi Refresh Project. 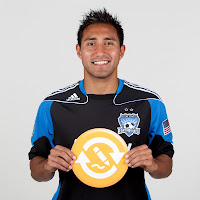 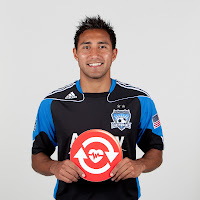 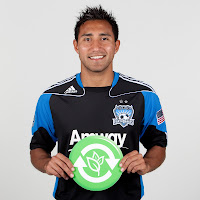 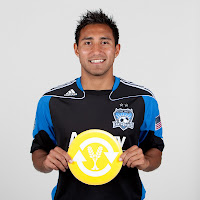 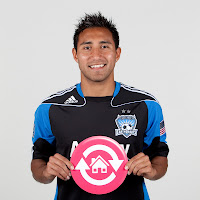 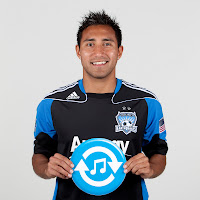 As the player representing the Earthquakes, Arturo had to pose with a bunch of different circular Pepsi signs: Health, Arts & Culture, Food & Shelter, The Planet, Neighborhoods, Education as well as general Pepsi signs, and even a blank a sign! 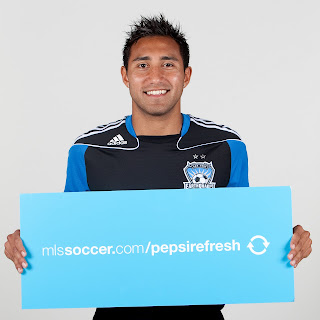 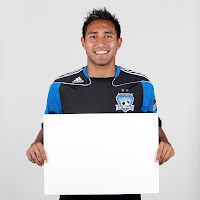 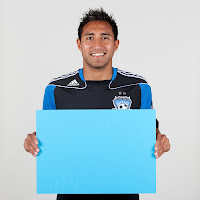 And then of course some still shots without signs. And each set up had to be straight on, 3/4 left, and 3/4 right. 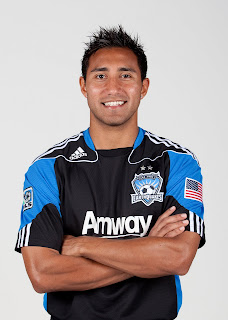 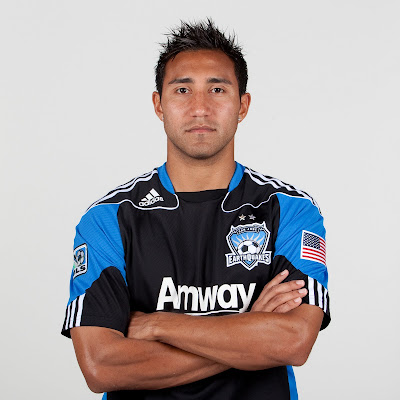 Gotta say, he was such a trooper through the shoot, didn't give me any exasperation that he had to hold all these signs and do poses, including a staged "holding ball over head (throw in)" which is quite unnatural and awkward if you're not actually throwing the ball anywhere. haha. 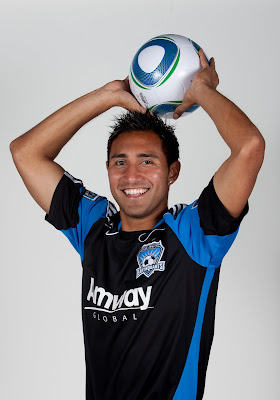 It's always so "refreshing" (ha, bad pun) to work with athletes/people in general that are friendly and have a good attitude! 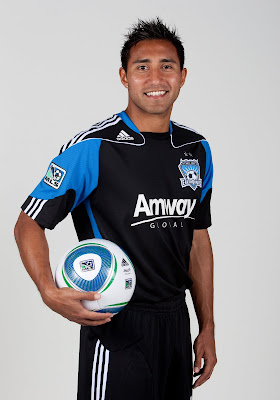 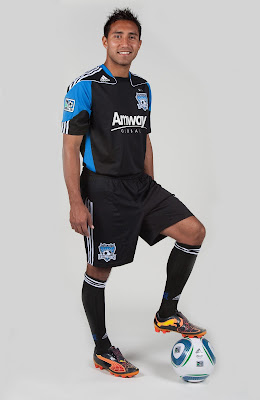 It was also a good thing I had the small venture into product photography with the Viv Biz Club shoot, because the shot list also called for a photo of just his jersey next to ball. 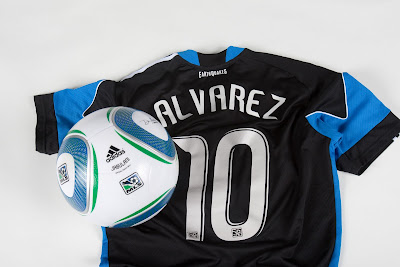 From my perspective, I'm really excited to be a part of the project and the opportunity to do a mini portrait session. Based on the needs of Pepsi, there wasn't really space for creative lighting or getting too artistic, but it's great practice for me in working with and directing an athlete, one on one. Getting more into a commercial area within sports seems really ideal and the direction I want to go, so this was a small but great step for me =) 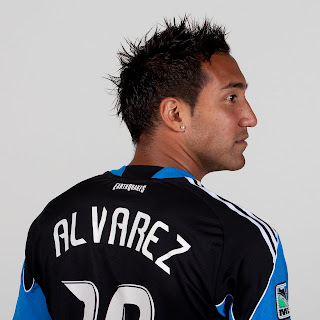 Can check out the rest of the photos at http://kelleylcox.zenfolio.com/PRPalvarez
at July 20, 2010
Labels: Futbol, MLS, Personal, Portrait