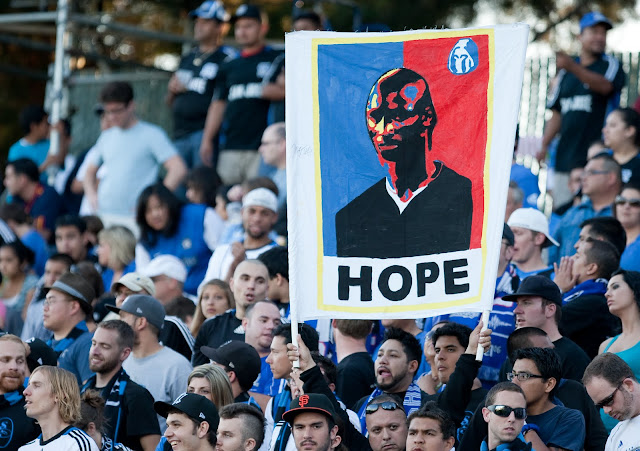 Ike Opara put a score up for the San Jose Earthquakes in the 16th minute. But DC United's 17 year old Andy Najar got the equalizer in the 54th and though quakes had a lot of good runs, nothing finished in the net and game ended 1-1. 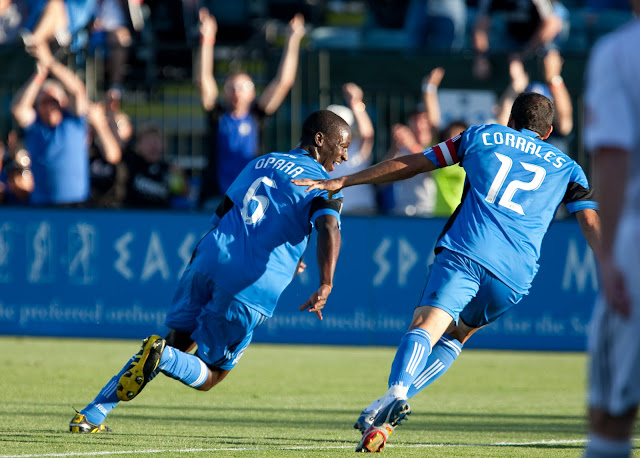 Bummed the Quakes couldn't get the win but was an exciting game to shoot. 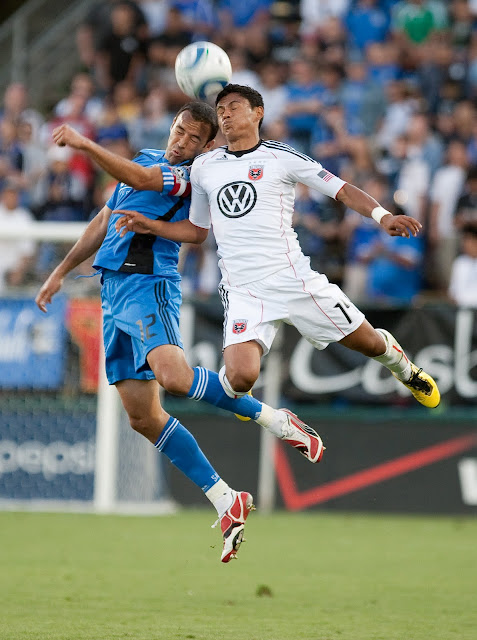 I was struggling with the light a little bit shooting from behind the goal line and having really bright background and shaded players. I thought about being content there and just hoping for a good 2nd half once the sun was a non-factor, but at the 25th minute decided to move to the 18 yd line, and within a few minutes got the following series: 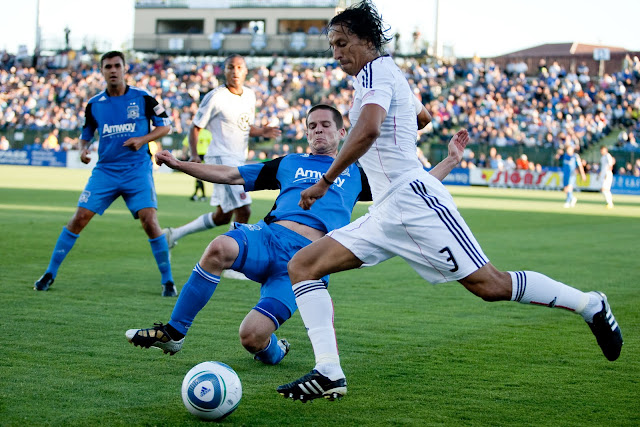 Very glad I moved! 18 yd line is consistently my sweet spot so I don't know why I tried to mix it up anyways! 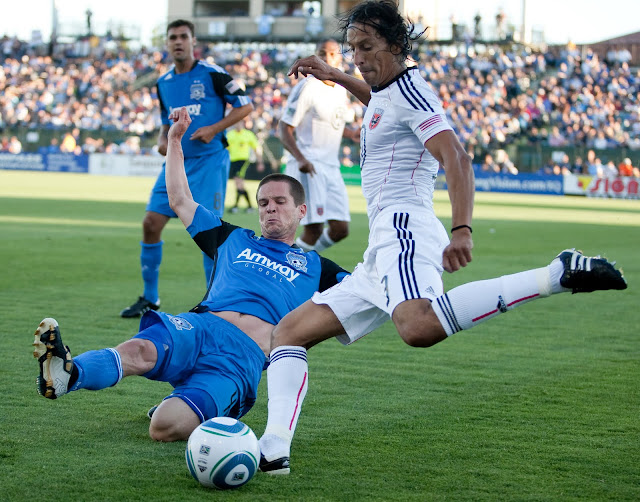 Next quakes game is the 17th, a friendly against Tottenham Hotspur, it's at 1, so I'm hoping I can swing shooting them and FC Gold Pride at 7 that night! 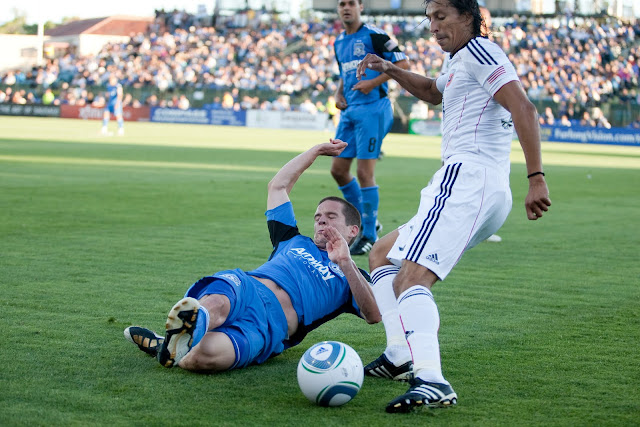