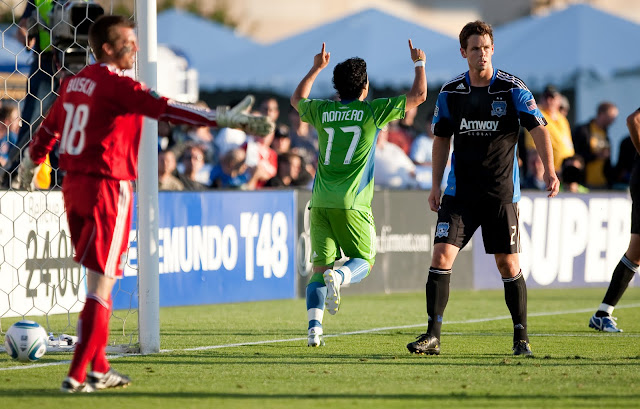 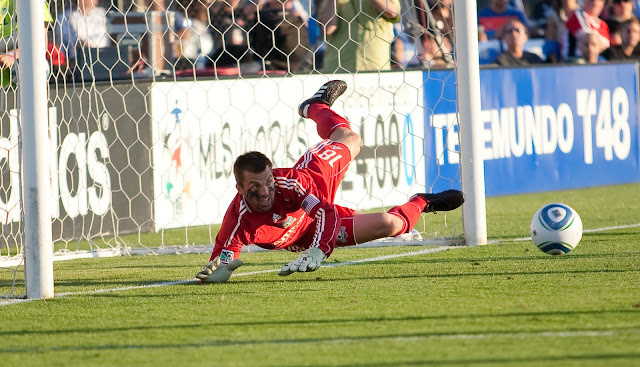 Was a hard fought game and Quakes fans were definitely into it, they had to be to compensate for the strong showing of Sounders fans! 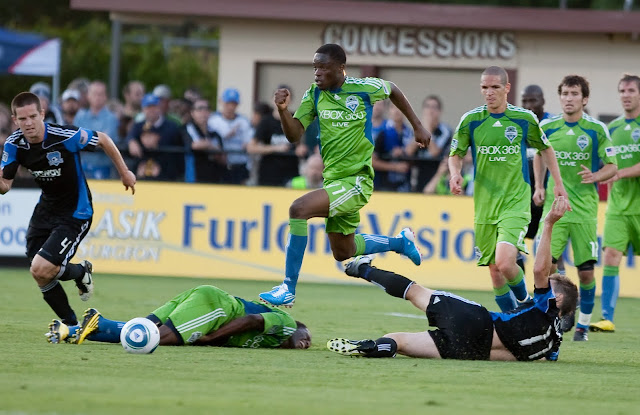 The highlight of the game for me: I was focusing on shooting the Sounders, and was sitting next to a photographer I don't regularly see at the Quakes games. A couple peculiar things I noticed. He had a nice 400mm f/2.8 lens (note, these go for $6K or $7K) decorated with stickers mainly soccer themed but also including "Hell Yeah I'm a Neil Diamond Fan." He was also decked out in Sounders gear, and I thought hmmm maybe he's team photographer, press are, in theory, supposed to be impartial. But then, the TV guy came up and asked if he wouldn't mind being interviewed for TV... So I thought, wow, this must be some hot shot photographer, who IS this?... Then with 8 minutes left in the first half, I realized it was Drew Carey!! 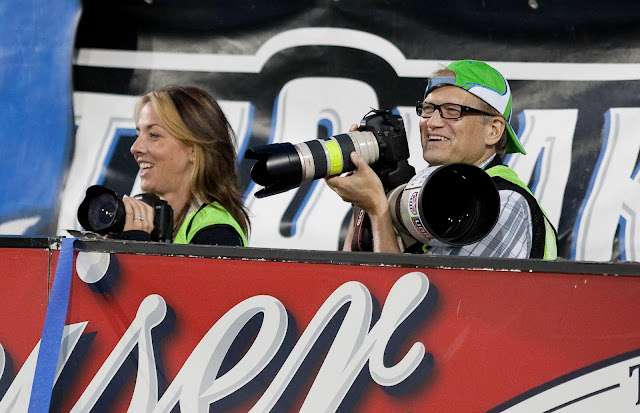 I should have known because he's part-owner of the Sounders, and I knew he was also a photographer (he credits under a made up name) I was too shy to introduce myself, and then he left to do his interview at half time. On his way back from the interview, I was packing up to switch sides, he came back to his gear and super friendly goes "Hi, I'm Drew" and shakes my hand! I wanted to say "Oh My Gosh, I spent my entire summer nights in high school religiously watching 'Whose Line Is It Anyways?' and I still watch it on syndication every chance I get!" ... but I tried to keep it as cool as possible. You know me, hobnobbing with celebrities ;-) Haha.