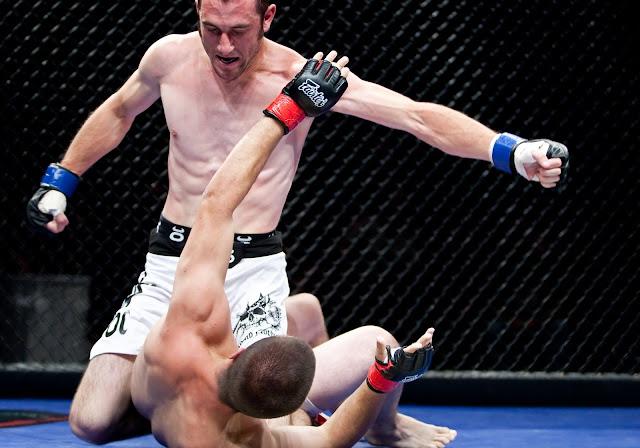 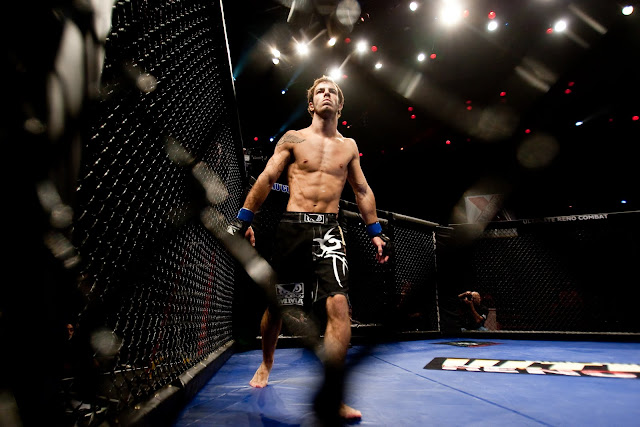 Family friend, Tanner Hermann, was having his first MMA cage fight. My dad, a big UFC fan, thought it would be fun to go. Though I love being a sports spectator, I have a hard time watching an event when I know there's a possibility to photograph it, especially when it's something crazy/cool like cage fighting. I contacted the guy who was presenting the event, and was able to get a credential to shoot it. 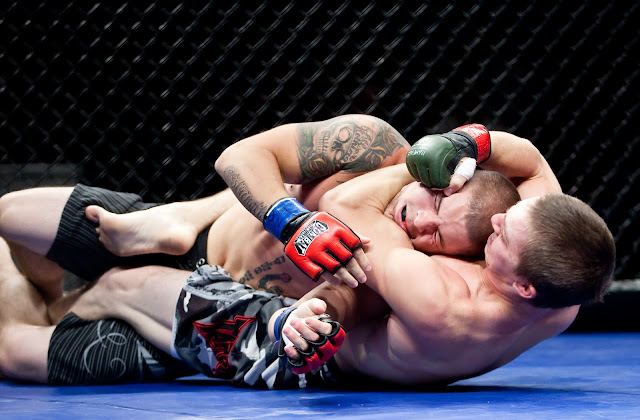 I have watched some UFC on TV, and I wasn't sure how this event was going to be, considering it included first time fighters and my impression was they were all local. But actually there were fighters from outside Reno, even a San Francisco fighter! And the fights were just as crazy as one might expect. Even complete with ring girls! 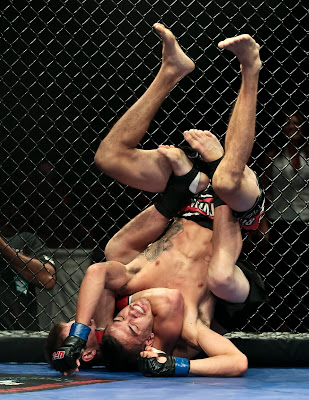 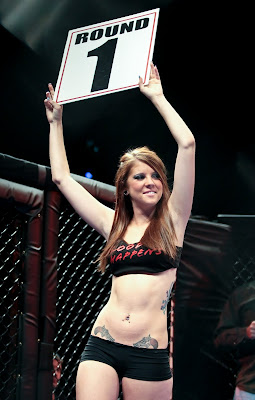 First fight had some serious blood splatter right next to me! 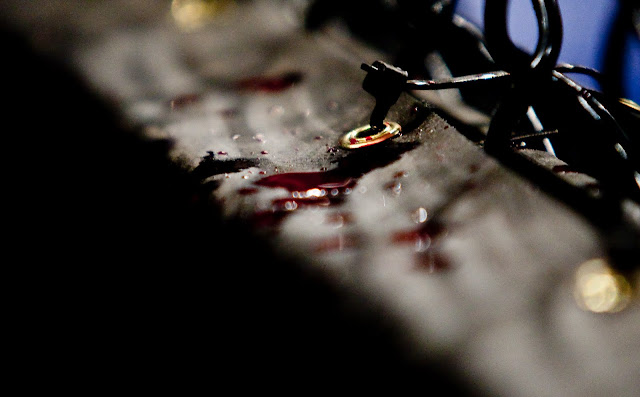 Was great to see a lot of the guys even get up after their fights! 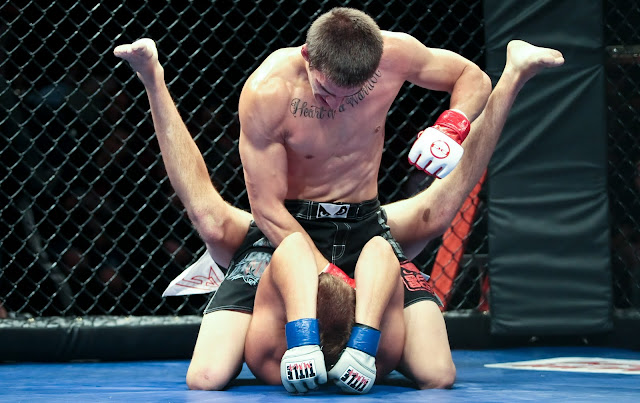 Only one fight came down to a judges decision, it was Robbie Hammill over Josh Fraga. Happy for Robbie because he has been Tanner's mentor and the one that encouraged him to fight. 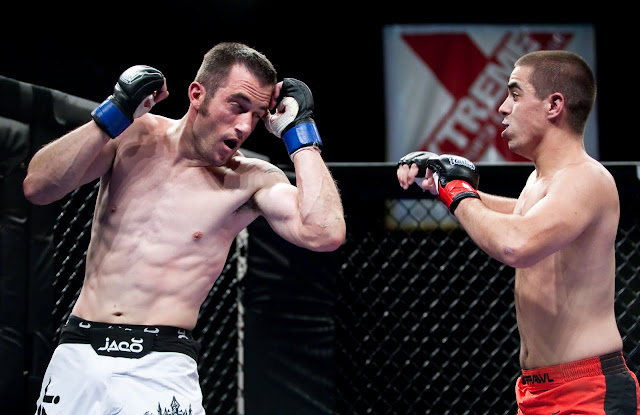 Tanner also won his fight! Tanner's first fight, he was up against Devon Herrera who we learned had knocked out his previous opponent in 8 seconds, and was also a traditional boxer with a 43-0 record. And Tanner, who doesn't even have a proper gym to train in, beat him! Way to go Tanner! 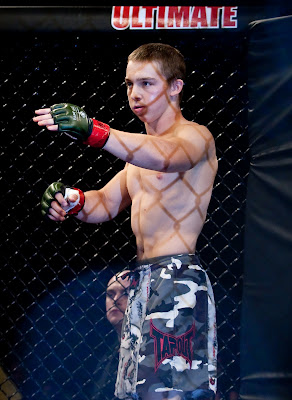 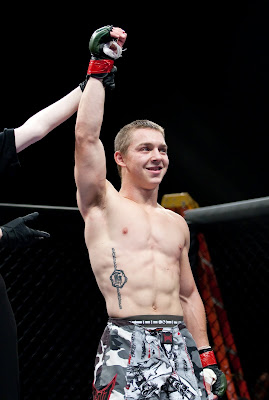 One of the great things about the fighters, is there seems to be a level of camaraderie among them. Even though they are trying to knock the other guy out, afterwards (for the most part) they hug it out and give respect to the other fighter. 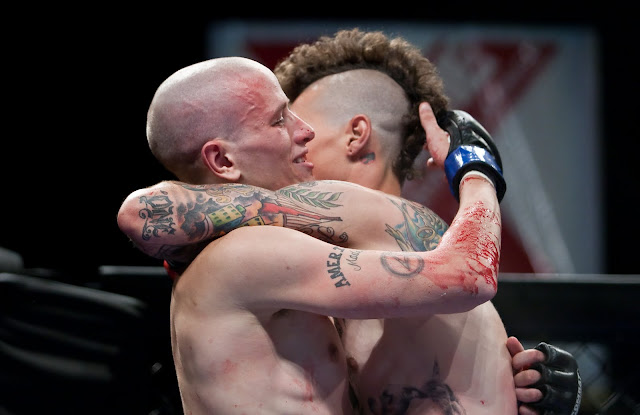 Some of the fighters were less than good sports, which took away from the competition a little bit. I would have liked every fighter to get a fair chance to fight, but, it is was it is. Ultimately, it was a great event! 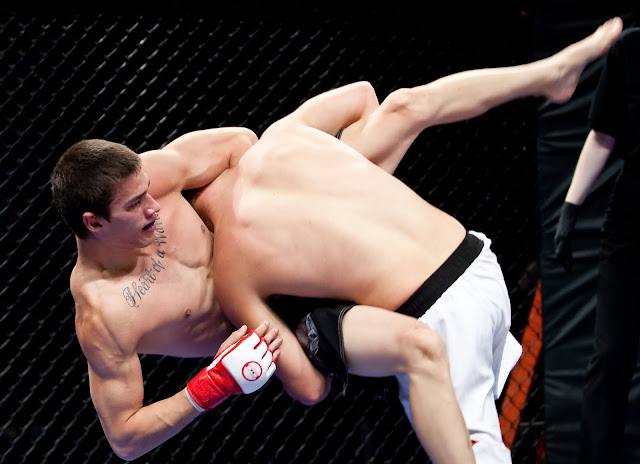 I think my favorite part of the fights is fashion aspect, haha. Since they fight in just shorts and gloves, they get creative with their hair and even more so, body art! 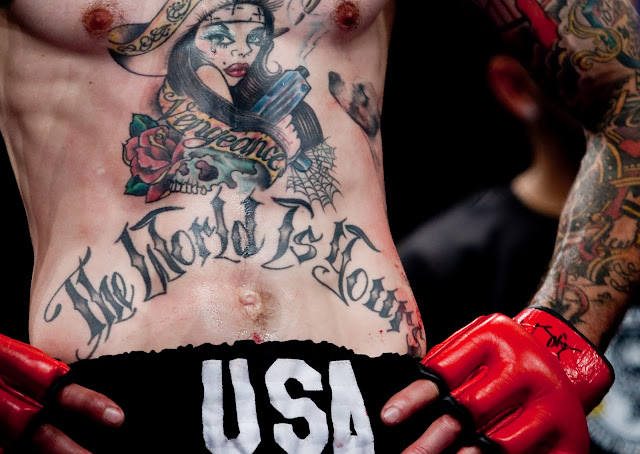 Some seemed ironic, yet still appropriate I suppose. 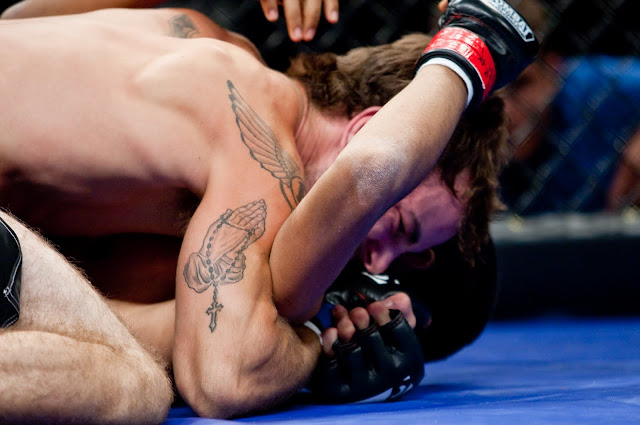 Also, I have an irrational love for speedline inspired hair designs. If I was a guy, good at sports, and really cool (basically the antithesis of what I really am ;-)) I would DEFINITELY have speedlines, and probably a faux hawk =) 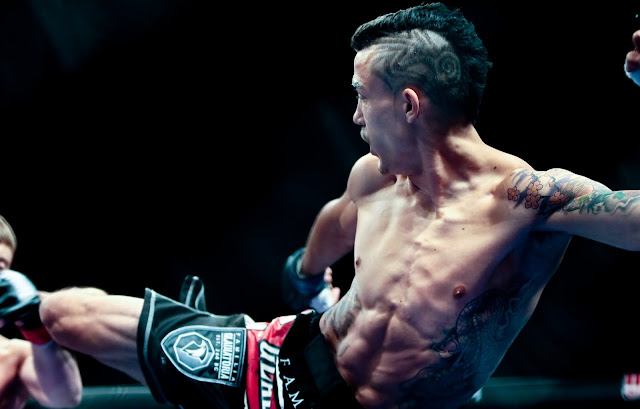 All photos up at http://kelleylcox.zenfolio.com/ultimaterenocombat
at July 26, 2010
Labels: Personal