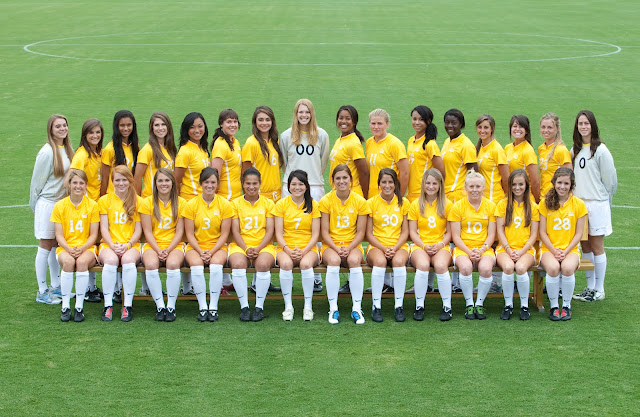 Headed over to Berkeley this morning for Women's Soccer head shots and team photo. It was a beautiful overcast morning. And yes, when photographing, I love overcast days because there is no harsh sunlight, and everything looks really pretty.

Megan Jesolva, Amanda Glass and Rachel Clark
They had the fences out on the field which doesn't make a very nice background, but thankfully the tennis courts were getting some revamping so I borrowed one of the tall officials chairs so I could shoot a little from above and that perspective made the field the background, as opposed to the fences. 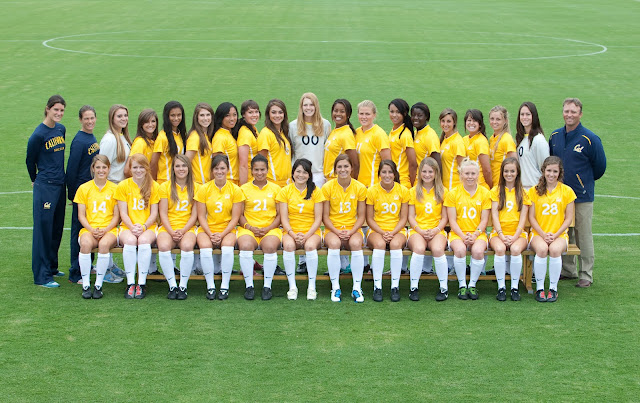 The only problem was there were some little birdies hanging out on the field. They wanted to be part of the team too ;-) 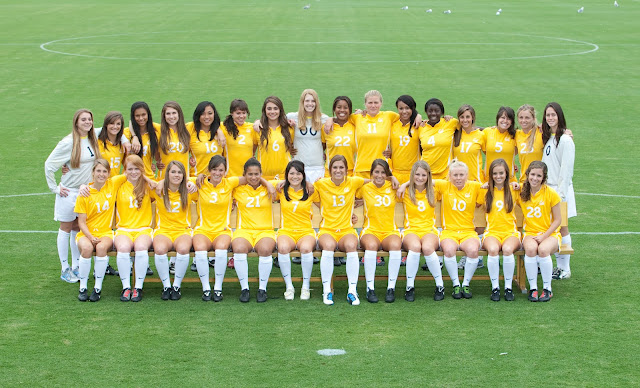 Next we did head shots. When doing head shots, I normally ask someone to sit for me beforehand so I can test the light and be all set before the players sit. Since we did the team photo first, I didn't get a chance. But thankfully Emily Shibata was nice enough to sit for me. =) 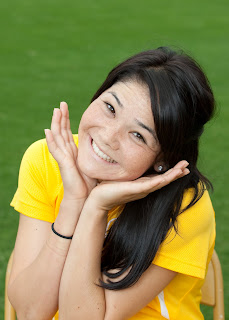 Also were able to take a quick senior shot. If you follow the US Women's National Team, you'll recognize Alex Morgan, the only current collegiate athlete called up to the senior team. 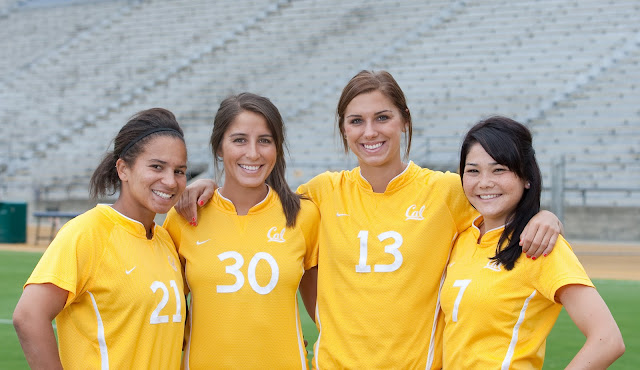 Afterwards, the girls defeated Fresno State in a 2-1 exhibition. Looking forward to a great season for them!