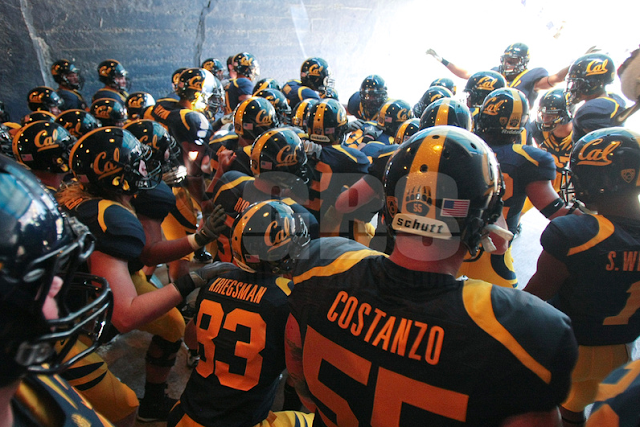 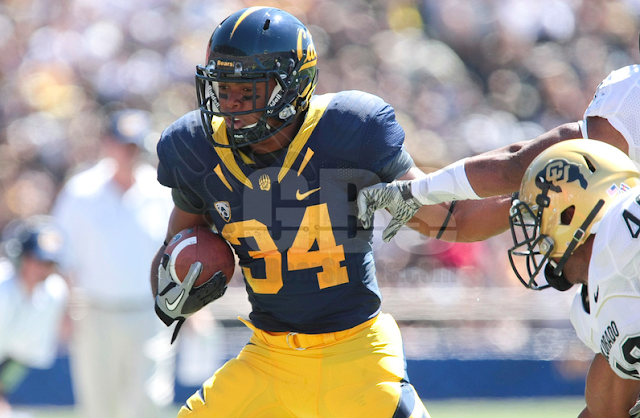 Started with a great American flag presentation and flyover to acknowledge the events of September 11th, 2001. 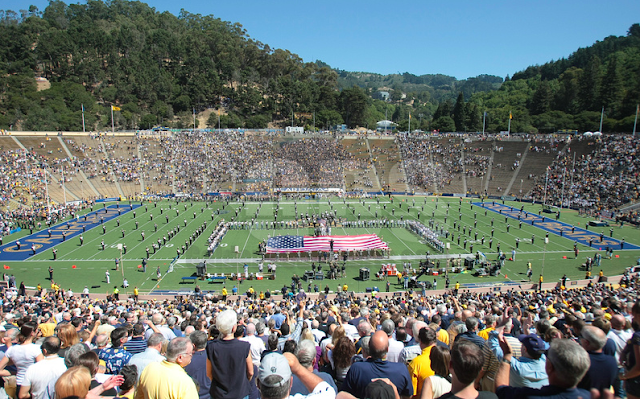 I could only stay for the first half because I had to shoot the FC Gold Pride game. But was able to catch a few touchdowns, pun intended ;-) 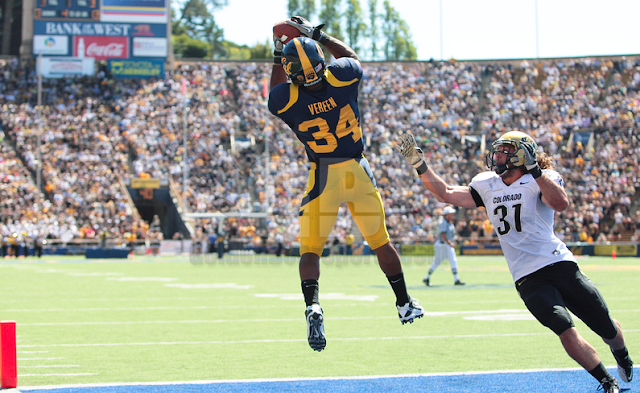 Normally when shooting the game I use my 300mm unless I think there's a chance of an touchdown (as in above photo shot with 70-200mm). I was shooting Cal on defense at about the 40 yd line, so I was using my 300mm plus a 1.4x extender, so effectively a 420mm, then Mike Mohammed intercepted the ball and started running towards me. 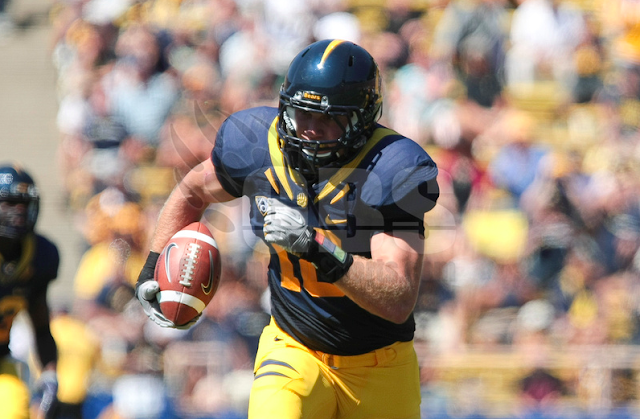 I fired off a couple shots, then thought, he's going to go all the way, I HAVE to switch lenses. And for the first time I successfully made the switch to my 70-200mm without missing the play. Was still a little tight, but a lot better than I had I stuck with my 300mm. Yay! 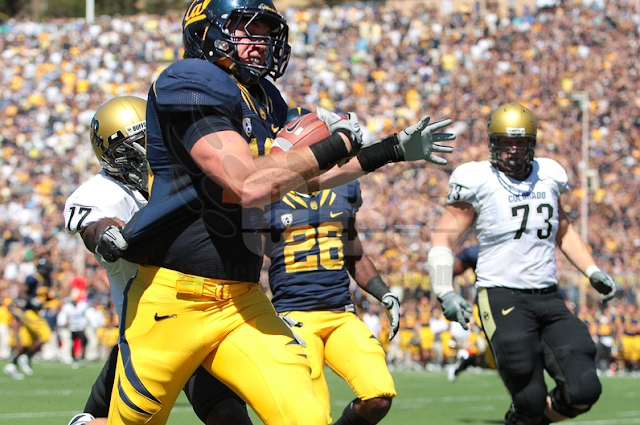 A few frames after that shot, he slipped out of focus because he was too close. I don't think my mom likes to see shots like this and realize that sometimes 245 lb guys are flying off the field in my direction... but it's really not as close as it looks, and I'm pretty quick to get up on my feet =) 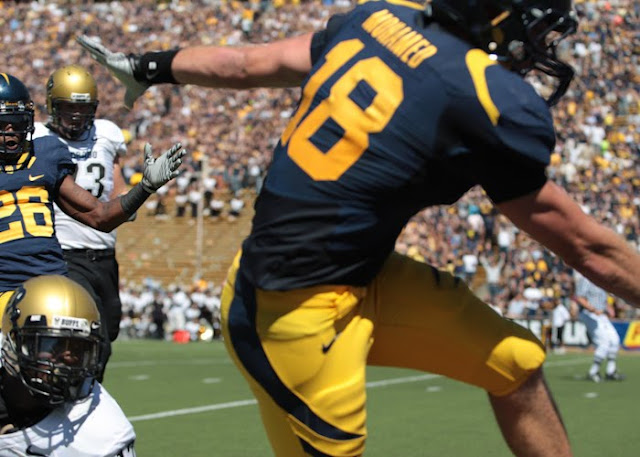 It was 31-0 when I left, and ended at 52-7, so missed a lot of plays, but thankfully fellow GBS shooter, Michael Pimentel, was there to get some great images. Full set up at: http://www.goldenbearsports.com/2010-2011/football/vscolorado
at September 12, 2010
Labels: Action, Cal Bears, GoldenBearSports, NCAA