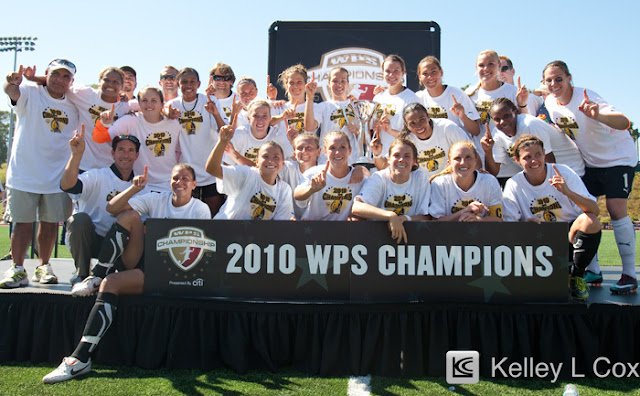 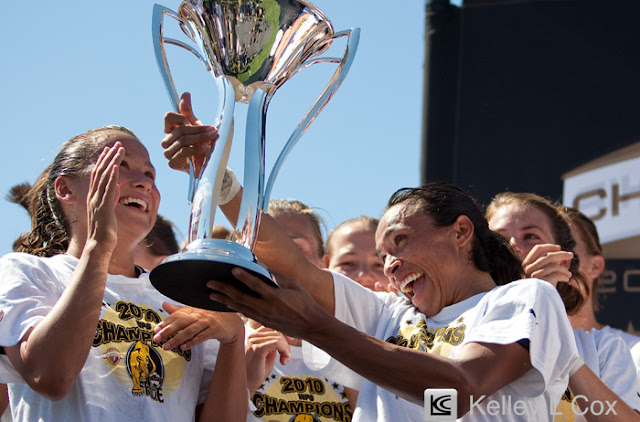 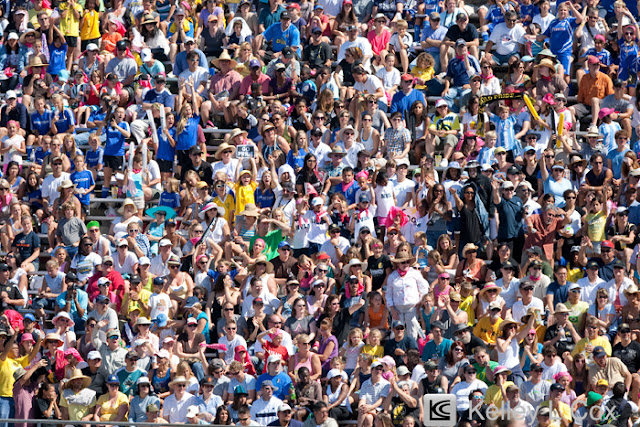 Started out with a 16th minute goal from Christine Sinclair 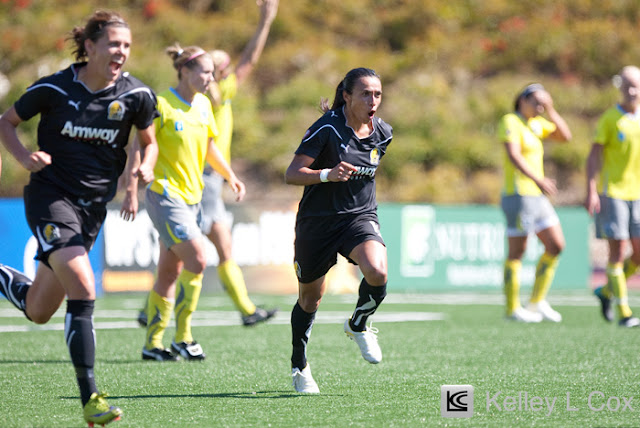 Then a 28th minute goal from defender Kandace Wilson (her first goal!) with an assist from Marta 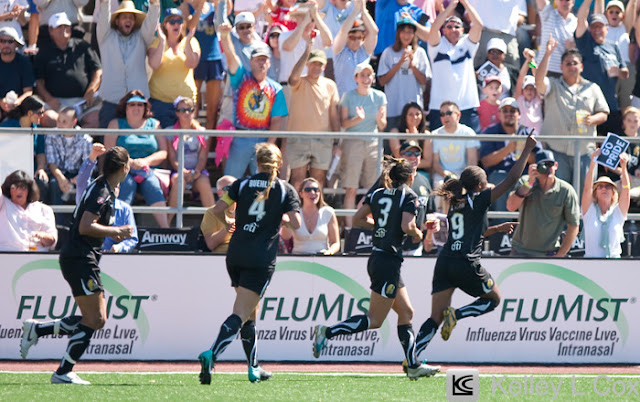 Then Sinclair netted it again in the 53rd with an assist from Marta. 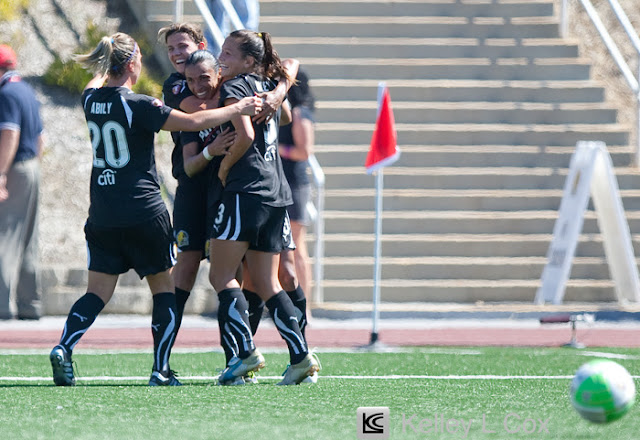 Then in stoppage time Kandace Wilson returned the favor and provided the assist for Marta, her 20th goal this year. 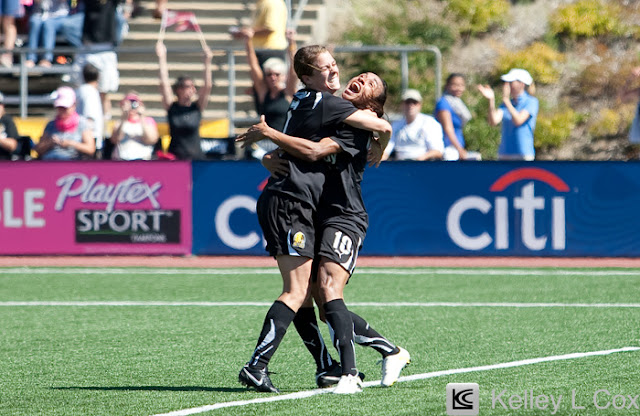 In league-wide results:
WPS Citi Sportswoman of the year: Chicago Red Stars' Natalie Spilger - she started her own non-profit GreenLaces.org check it out! 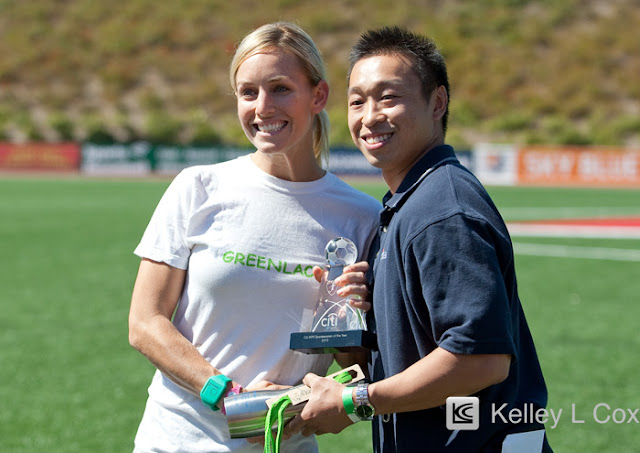 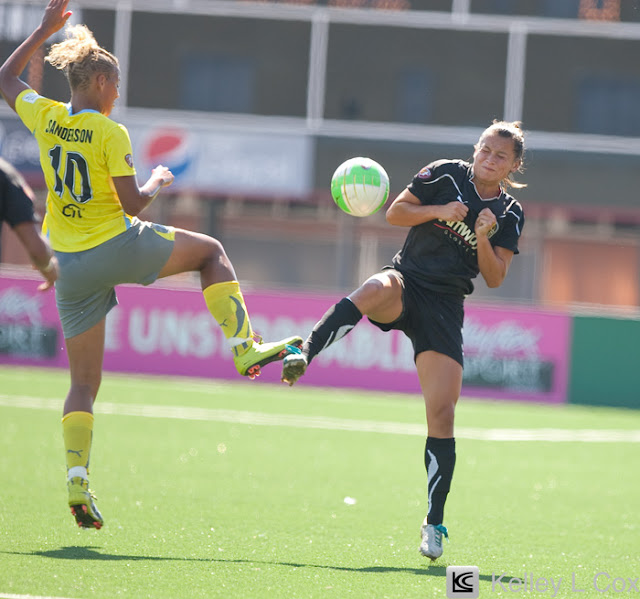 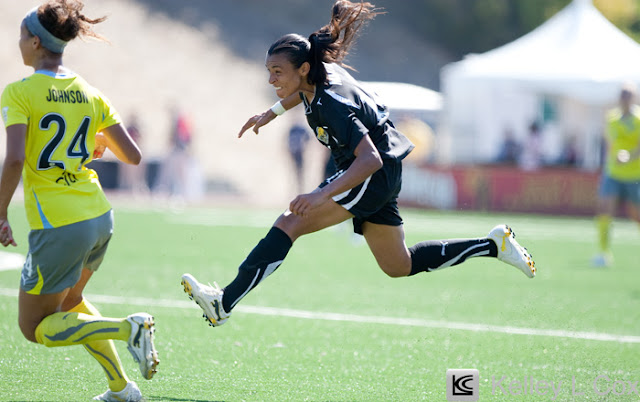 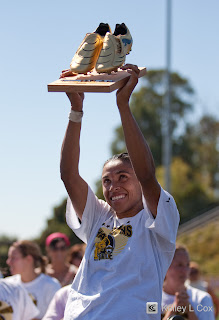 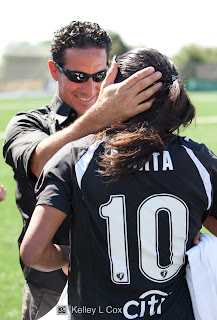 What a way to end such a spectacular season. It's been such a fun ride photographing them this year! The team, management and owners all deserve this win. And the WPS deserves to have such great soccer being played here in the US with the best players in the world! I don't know how this year can be topped (especially for Gold Pride) but I'm looking forward to next season!! 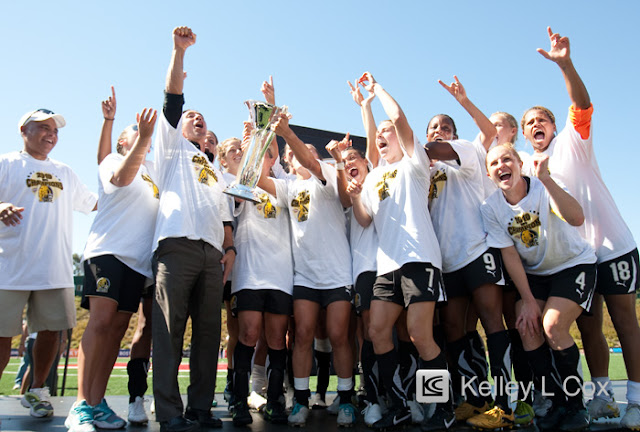