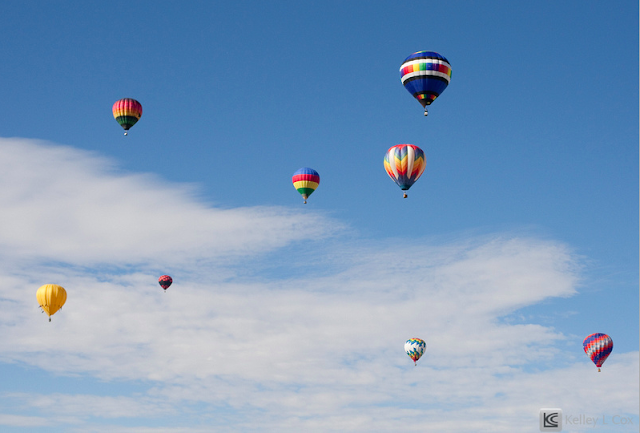 Wow! The Earth, Wind and Flyers Albuquerque International Balloon Fiesta gets it's own blog post, it was so cool. 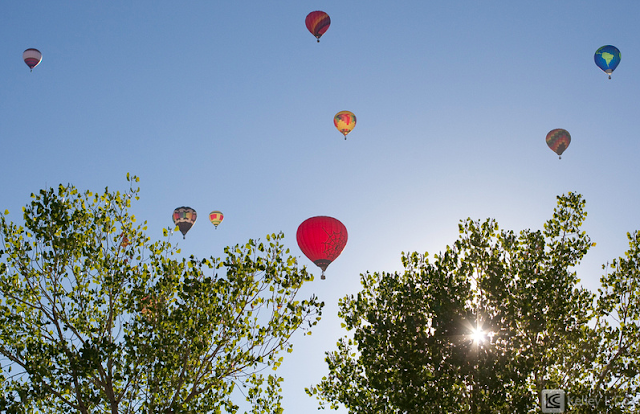 My mom planned to catch the "Dawn Patrol" because she knew that happened Tuesday morning. So, knowing nothing, we woke up at about 7am and became balloon chasers. It was slightly like storm chasers, and with my mom driving, equally dangerous ;-) 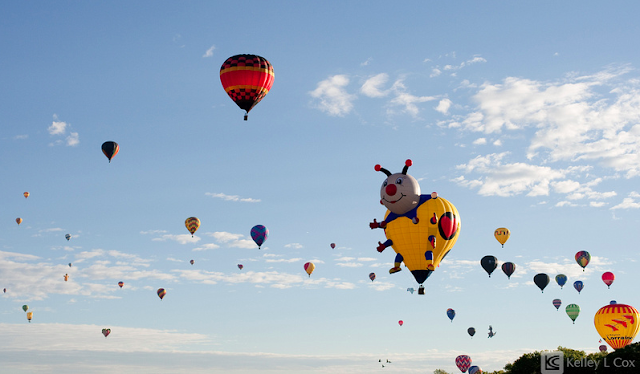 For Tuesday, the game was supposed to be, the balloons could leave from anywhere a mile outside the fairgrounds, and then land at the fairgrounds. Weather interfered a bit, but was still cool. Saw these guys who decided to leave from an elementary school playground, reminded me of the Wizard of Oz as they were leaving and waving "bye" to the kids. 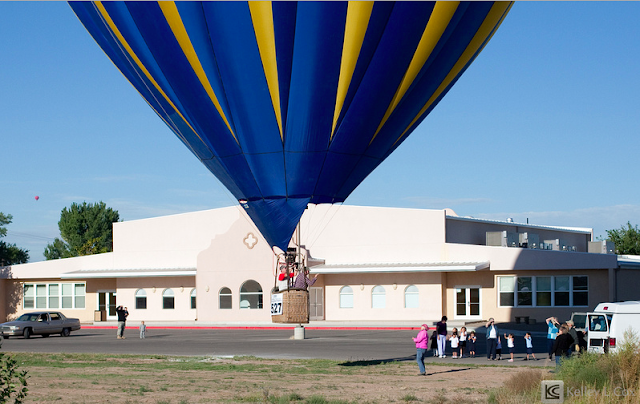 And this guy looked like he was playing peekaboo 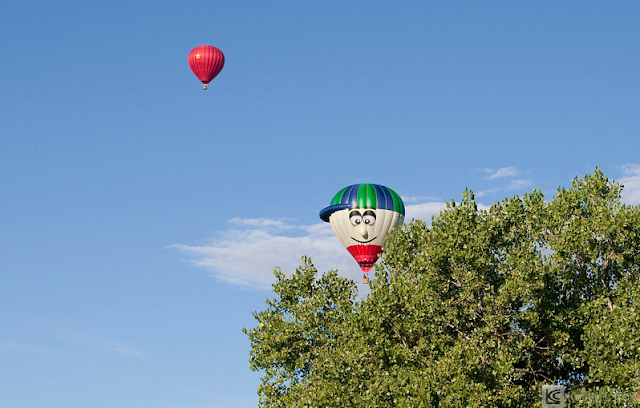 We drove through the neighborhood for awhile and ended up finding a great spot. Here: 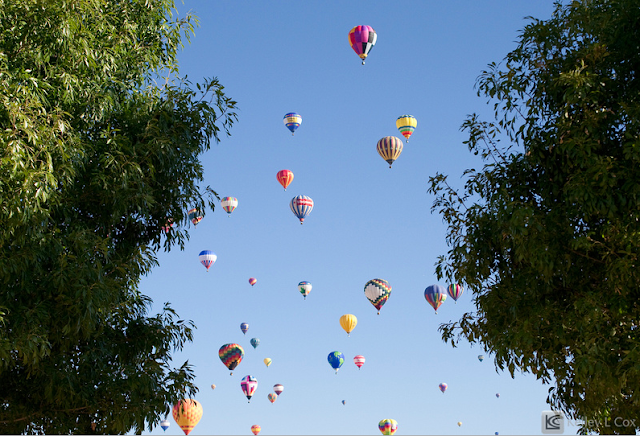 But turns out, it was a private construction site. A guy drove up and told us we needed to leave, but also said we could take a few more photos first, so nice right!! So we leave and park in a different lot. Sure enough, same guy pulls up. We thought, whups, we are someone wrong again and start getting back in the car. But no, turns out, he said we were so nice about leaving (and apparently normally people aren't) so he gave us the "neighbor pass" for the fiesta which lets us drive and park on the otherwise closed to the public streets... how nice!! 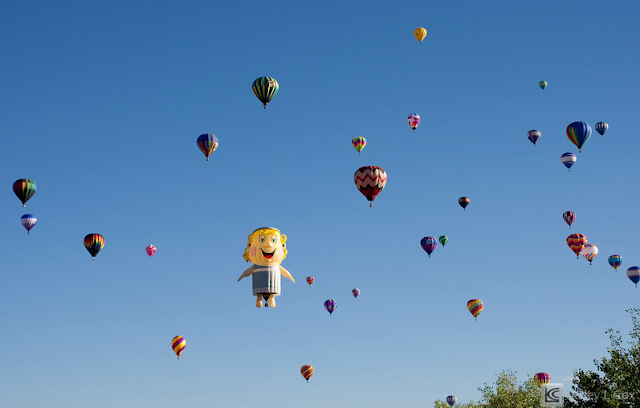 Unfortunately, we couldn't take advantage of it as we were heading on the road. But I think we all debated skipping the wedding and staying in Albuquerque. 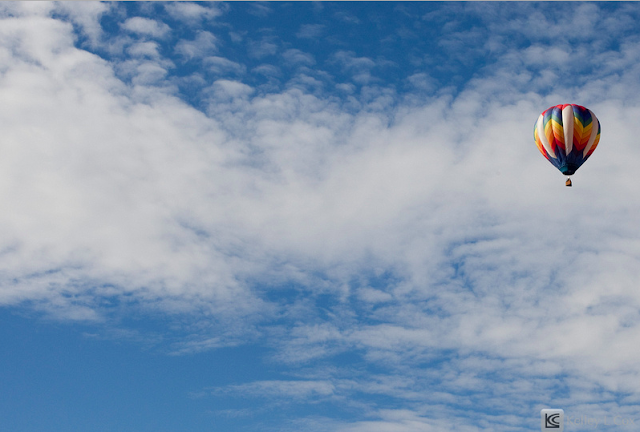 Anyways, we headed down the fairgrounds. With our neighbor pass didn't have to pay for parking. We start talking to a woman explaining that we have no idea what's going on and were just hoping to see balloons! She gave us a quick briefing on balloons, the fiesta, everything, then flagged down a guy in a golf cart who drove us down to the actual fairgrounds, grand tour. I hopped out to take some more photos and he drove my mom and grandma back to the car. Everyone was so nice!! 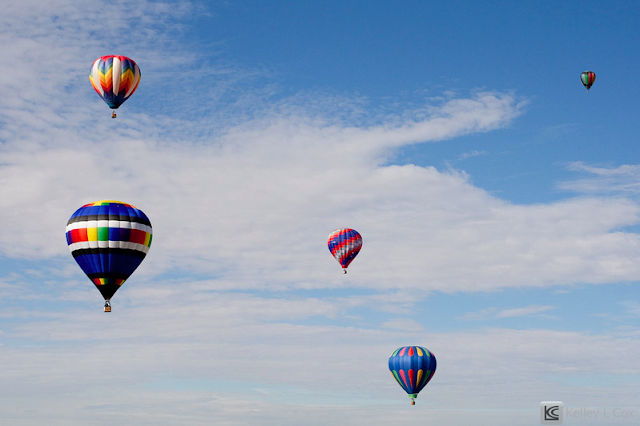 Cool fact, the launch directors are called zebras, and they get to dress up however crazy they want in stripes! 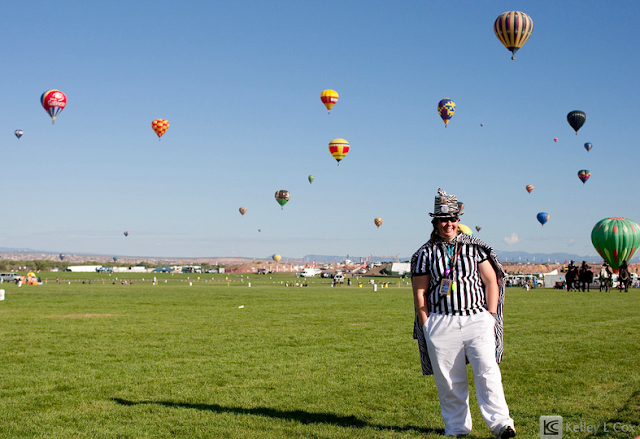 I get excited if I spot one hot air balloon flying over Vacaville when Napa has less than desireable conditions, so to see hundreds all at once, VERY COOL! Would love to go back and experience the fiesta in its entirety! 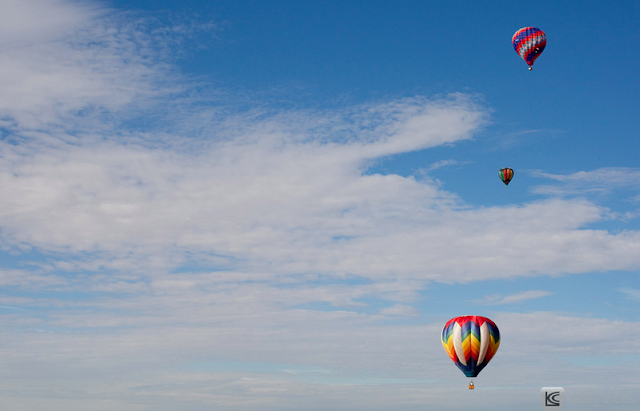 Photos up at photos.kelleylcox.com
at October 05, 2010
Labels: Personal