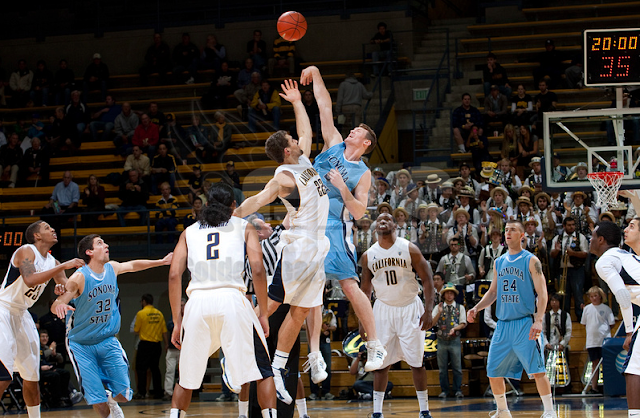 Is it already basketball season?! I know I took their head shots mid October but it doesn't really sink in until I shoot their first game. 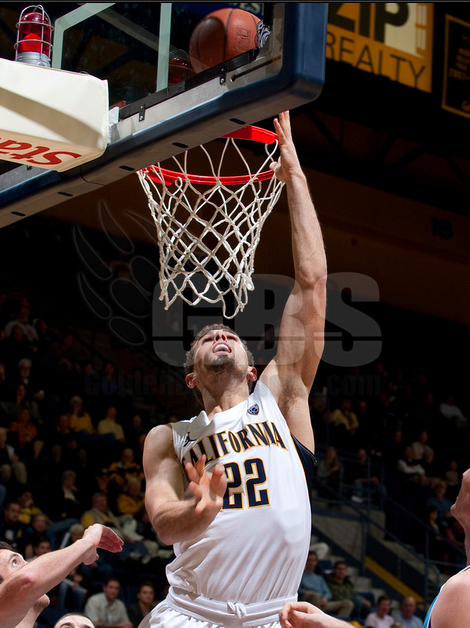 Cal opened the season with an 106-76 exhibition game win over Sonoma State. Exhibition games are great for coaches to put a lot of different players on the court and give young players game-time experience. For me, it's a great opportunity to get shots of all the different players so Cal has a nice selection of stock images. 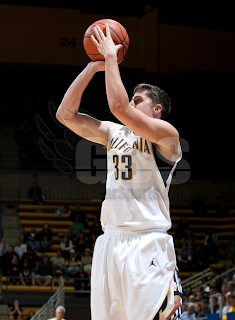 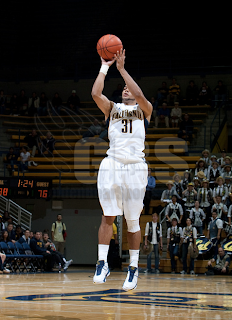 It's definitely a young team, but there were flashes of brilliance and even a couple dunks which excites players and fans. 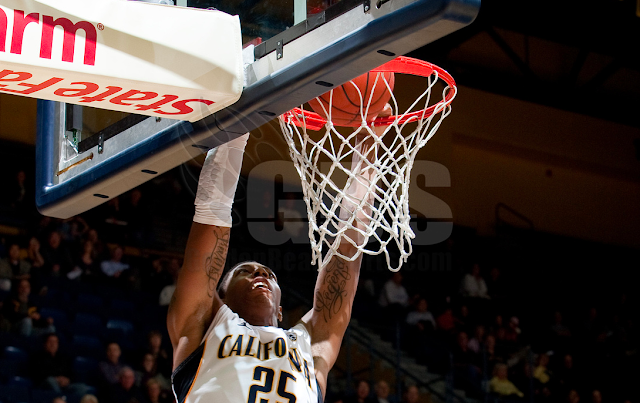 Once Pac-10 play starts a more news and wire companies want photos, photographers are sent to a photo specific room but for preseason, I'm in with the other media guys which is great because it gives me a chance to shoot some generic shots of Mike Montgomery that can be used whenever Cal has a press conference. 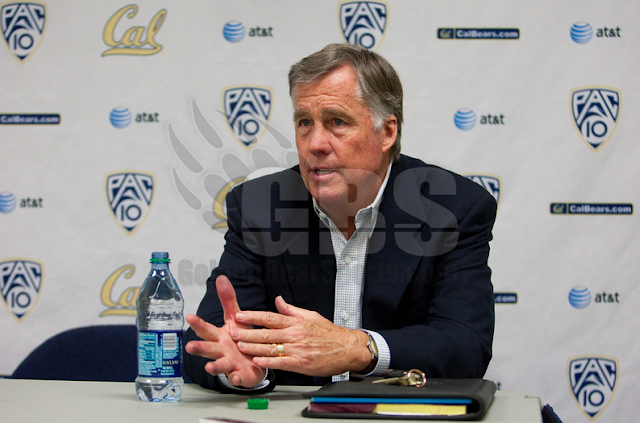 Also, this season Cal stepped up with credentials that have our photos on them. Despite all the headshots I take of other people, I had none of myself! So I put myself up against a door in my apartment (not worth setting up my background) and voila, headshot =)