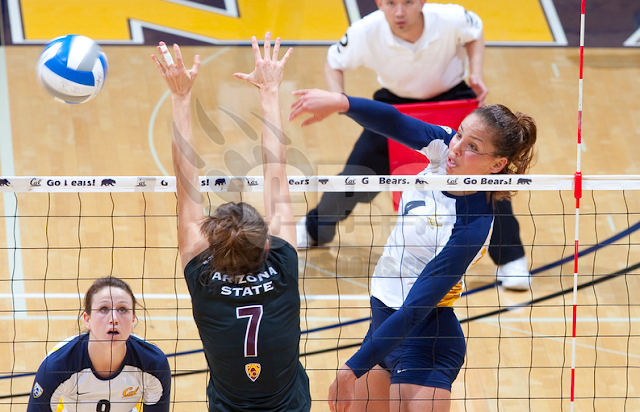 Yesterday I was called to see if I could shoot Cal Volleyball against ASU tonight as part of the Arizona games that would help Cal win the Pac-10 title. Unfortunately, ASU defeated them. But they won Friday against Arizona and are official Pac-10 champs for the first time!! 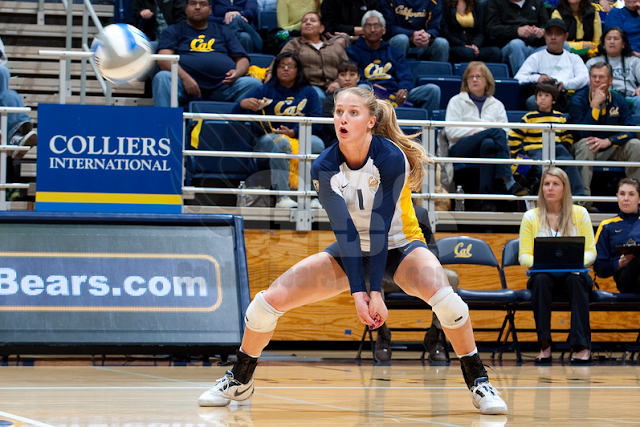 I thought it was going to be a quick win in 3 and I was going to be able to make it home for Modern Family considering Cal was ranked #2, ASU unranked, and Cal had defeated ASU in their last 16 matches, but ASU came out fighting! 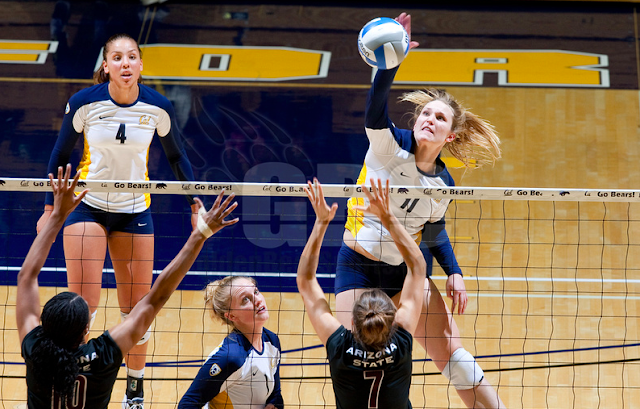 ASU got the first set, Cal won the next two. ASU kept fighting and came back from 2-1 to tie it up and then take the fifth set 15-7! 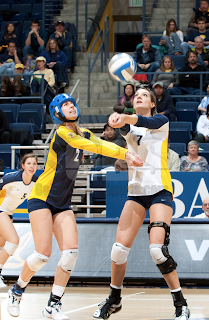 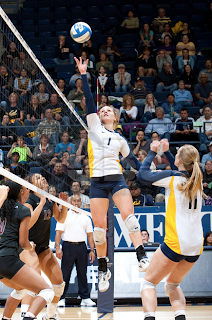 There was some confusion when the referee called Cal for illegal rotation. Cal coaching staff had to correct him and he checked in at the table for numbers and positions, coming back with a "my bad." Though the ASU point was taken away, he continued to call for illegal rotation. I don't know volleyball rules well enough to comment on the officiating, but I've never seen illegal rotation called so many times, against both teams. 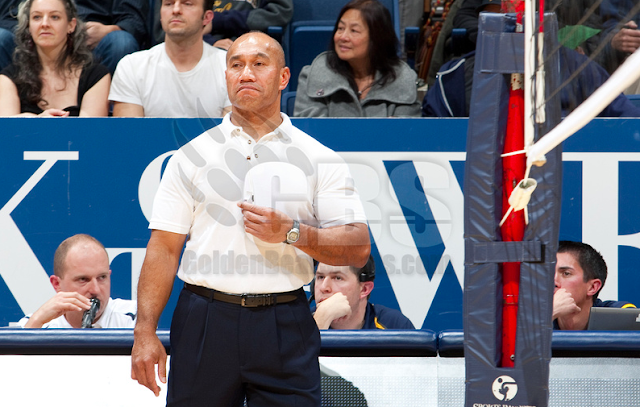 There was a cool moment where the strobe didn't fire as intended so I only caught this in the image. The white balance is a lil funky, but I like the "artsyness" of it. 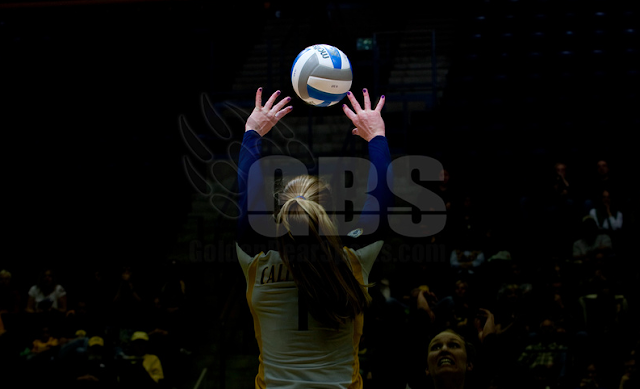