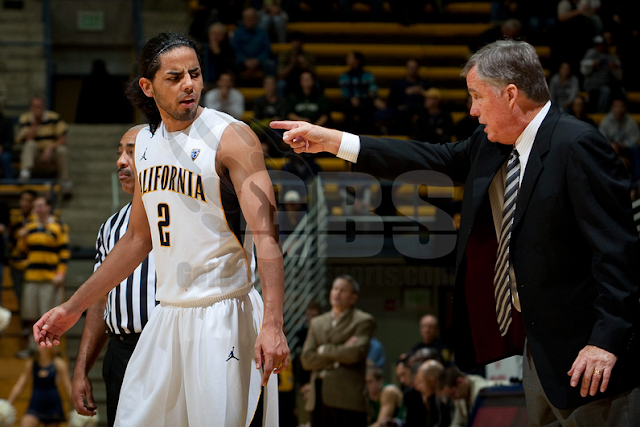 Wow... after 4 in a row Stanford games for Southcreek (can you believe it?) I was back at Cal shooting for Golden Bear Sports.   In just the second game I've covered this season at Haas Pavilion, Cal defeated Cal Poly 51-41. 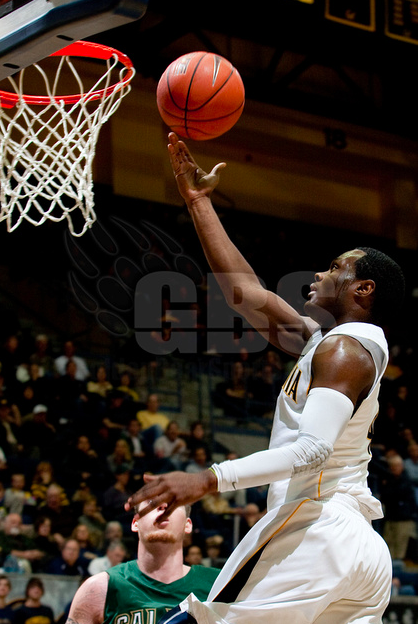 I was a little disappointed because I felt like I wasn't getting great shots. But cut myself some slack when the first half ended 19-12 and planned for a better second half both from myself and the bears. Though I had little control of the latter, second half produced more points and a few more photos. And most importantly, Cal got the win! 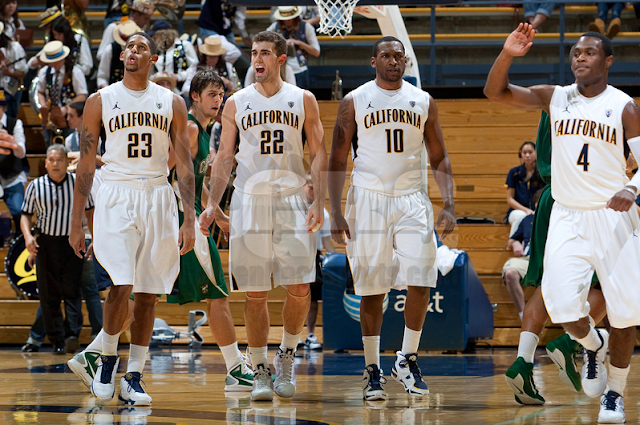 With the crowd not in full force, there was some space to move around and get different angles like this one of Markuri Sanders-Frison who had possibly the best game of his career. 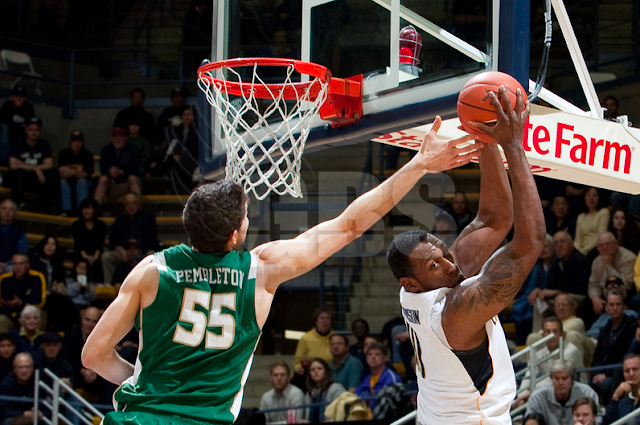 I was also pretty pleased because, for those who don't know already, my favorite thing to photograph in sports is people with interesting hair. Though Jorge Gutierrez's hair isn't outrageous, I was excited to get his ponytail in flight. 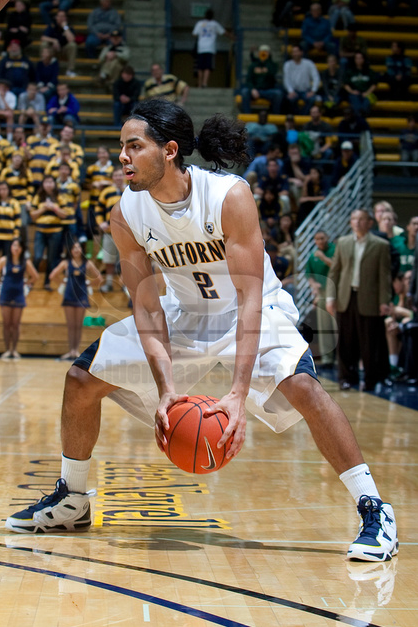 My photographer buddy Kyle Terada gave me a hard time for my "Stanford colored" candy cane earrings but I justified it because 1) I have to be festive 2) I couldn't wear green, Cal Poly colors 3) The assistant director of operations complimented them, so I'm in the clear =) 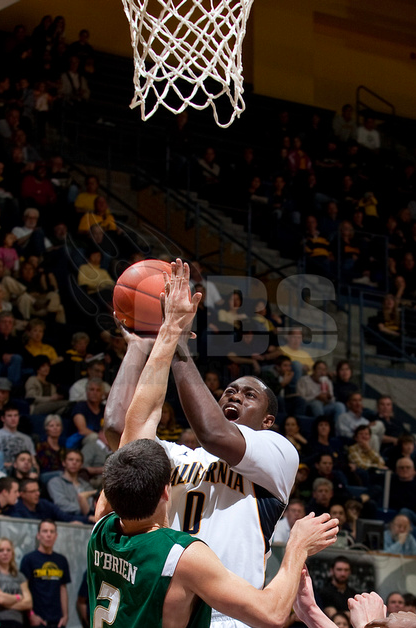