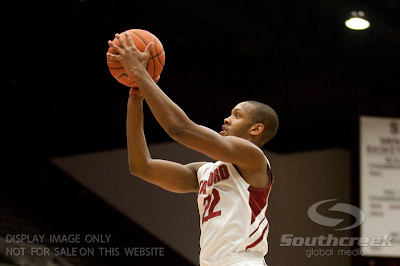 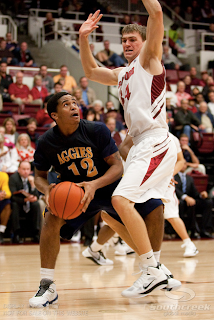 You would hardly be able to tell the difference between tonight's game and their game Sunday considering the opposing team was again blue and gold. I think it's so Stanford gets comfortable beating a blue a gold team in preparation for another blue and gold team they have to face ;-) 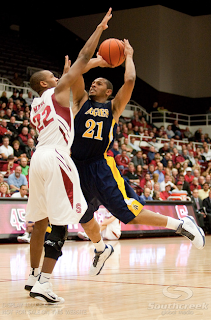 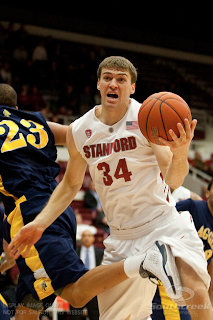 Andrew Zimmerman was getting a little beat up. 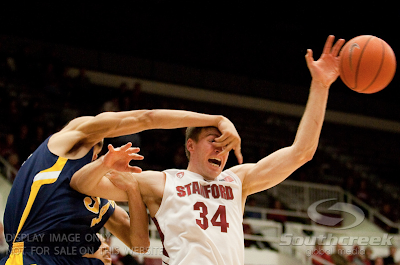 I was excited because in one of my photos Jarrett Mann fit my frame perfectly, this is it without a crop. 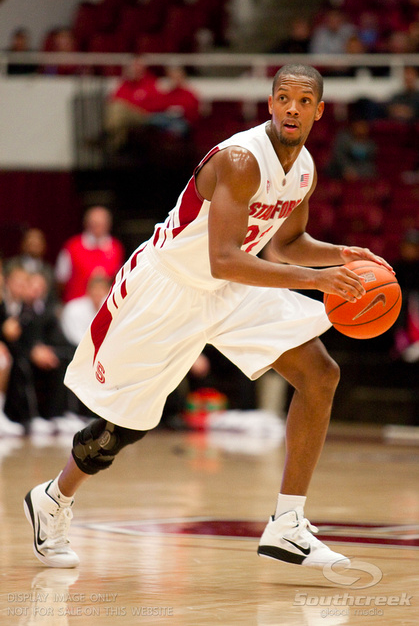 This game was a little faster, sometimes frantic, with a single possession that included 3 missed dunks, to go with the handful of other dunks that were missed during the game. I love flashy basketball, especially alley oops, but those only get you points if they go in. And some of them did. Phwesh. 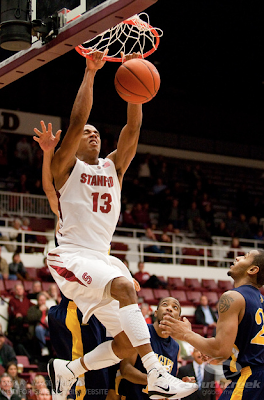 Once Stanford had a comfortable lead, they put in some of the younger players. This team has (I believe, but don't quote me on it) 9 new players, and they've only played 8 games so far this season. They still need to work on communication a bit. 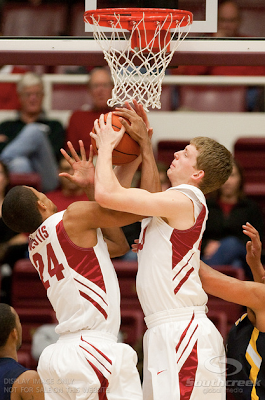 Though the Stanford tree was MIA, there was still plenty of Christmas spirit with Santa Claus making an appearance with Mrs. Claus and his friends! 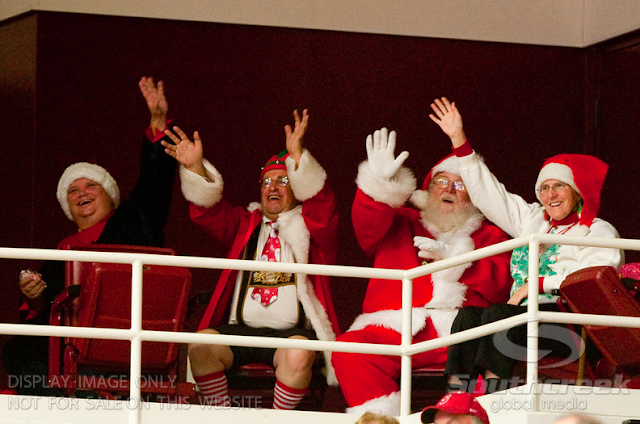