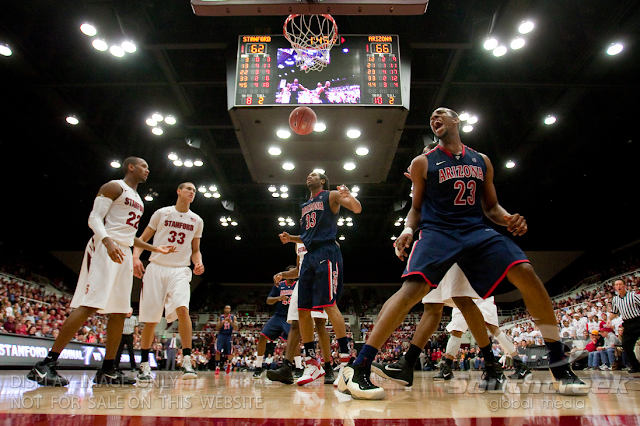 After a fun day with my parents and grandma touring a Fortune Cookie Factory in Oakland, headed over to Stanford for the men's basketball game against #21/22 Arizona. 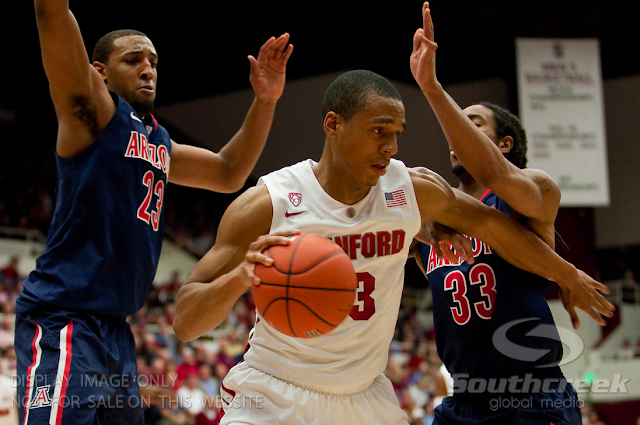 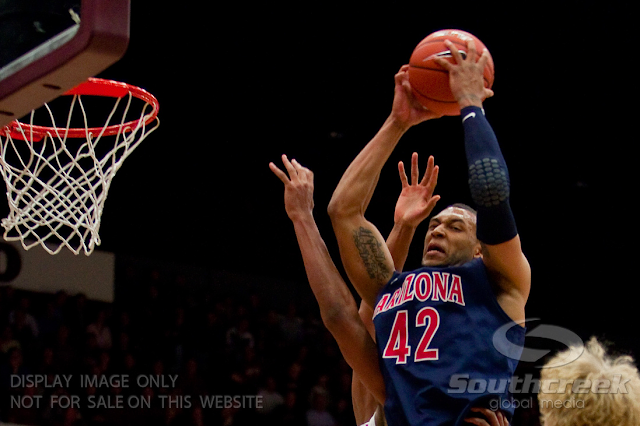 Jeremy Green went up for what would have been an awesome dunk. But he was fouled by Lamont Jones, yikes! 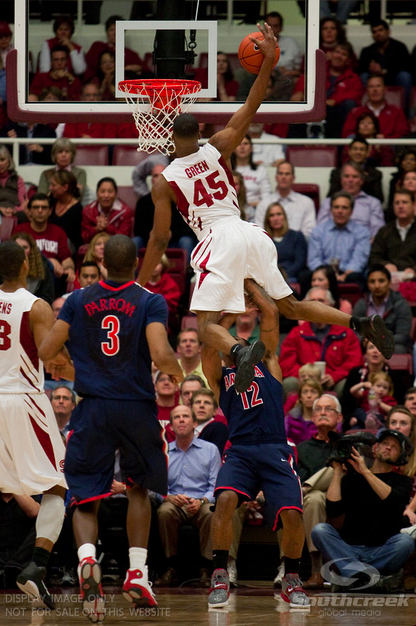 Foul on the other side included a necessary foul by Aaron Bright against Lamont Jones to prevent the shot on a steal. 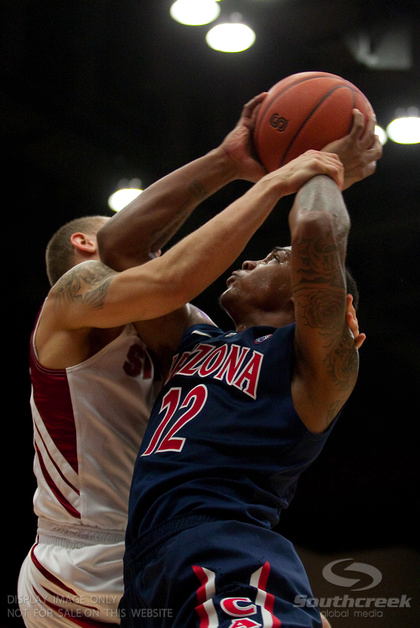 This time I spent the final minutes of the game centered under the basket as opposed to sitting there early in the second half. I was again pretty pleased with the shots. 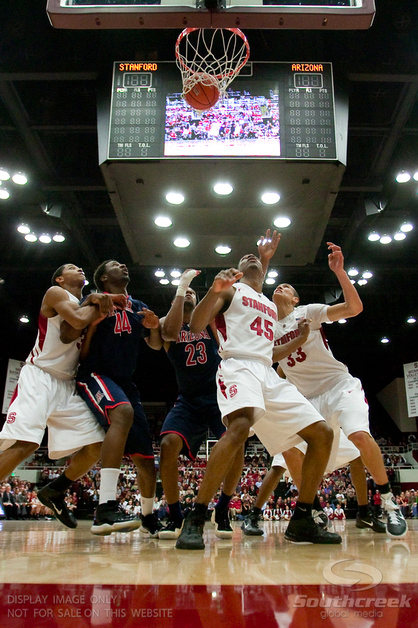 Even if it looks a little close for comfort as Dwight Powell passes in the ball to Jarrett Mann. =) 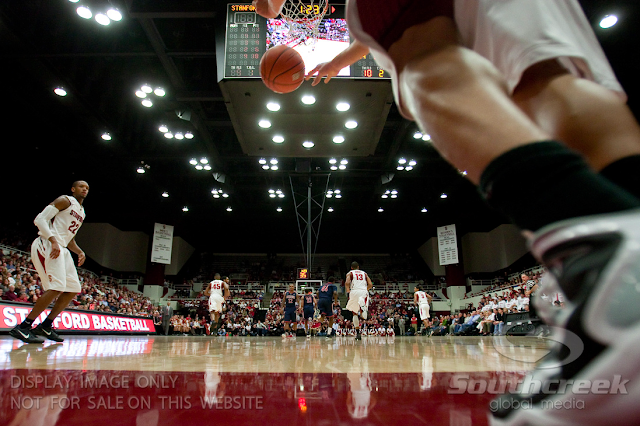