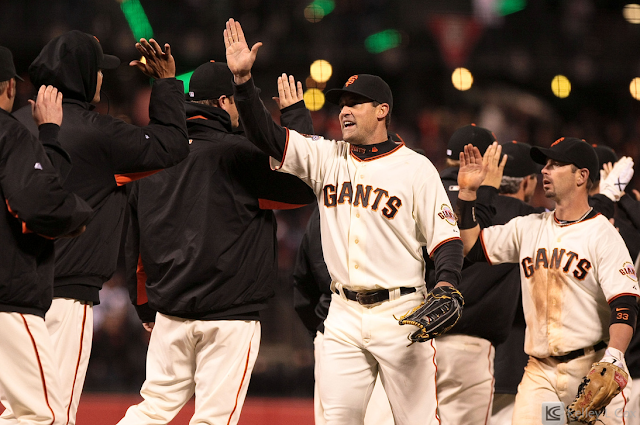 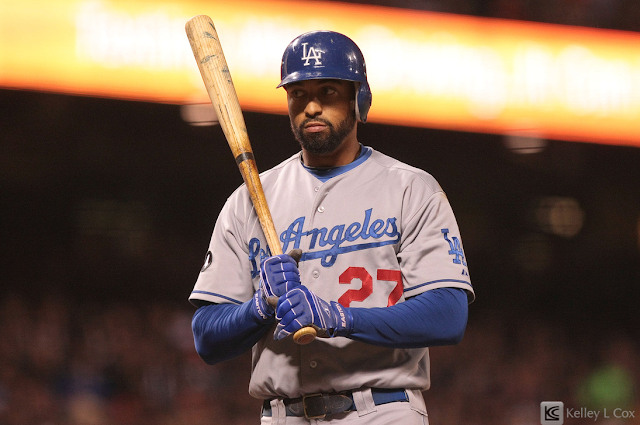 Showed up early, as per usual, for some batting practice shots. Like Juan Uribe here. I like that you can see the reflection of AT&T Park in his shades. 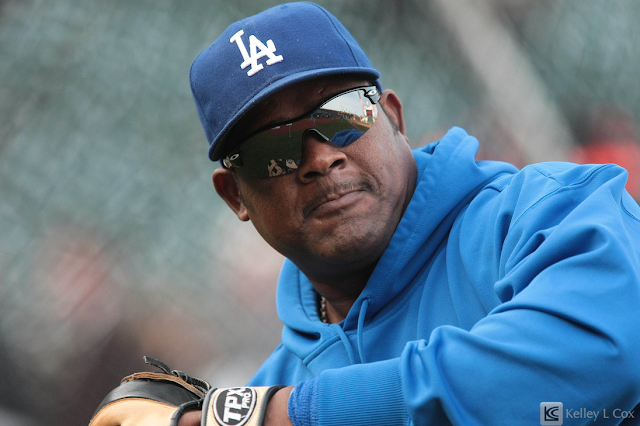 Two lefty pitchers, Jonathan Sanchez and Ted Lilly, I was back shooting along first baseline. 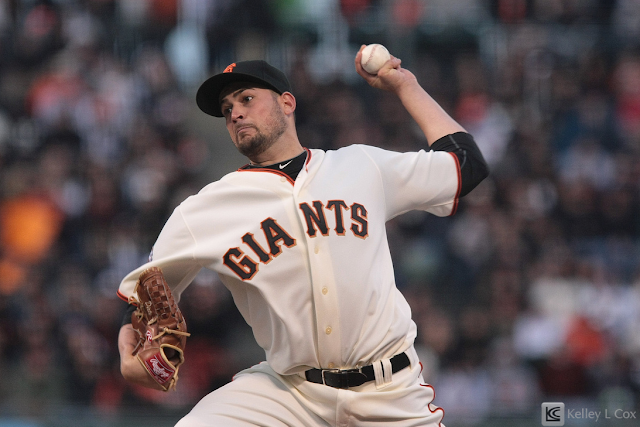 But my pattern of sitting near the winning team didn't hold up, and Giants won, 4-3. 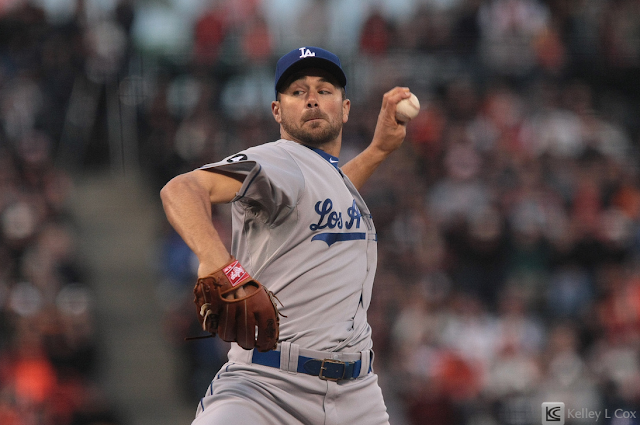 But it didn't come easy. As Buster Posey was hit on the pitch. 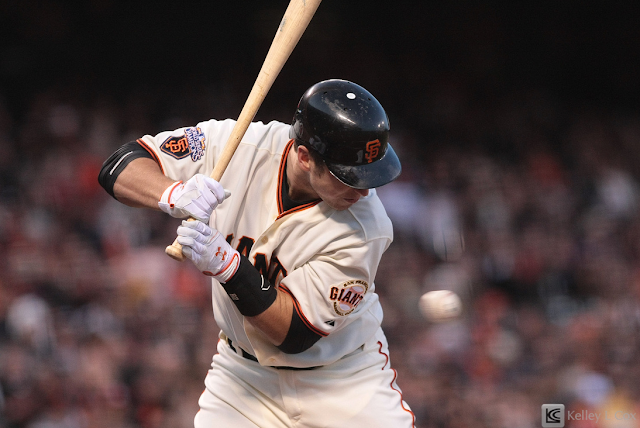 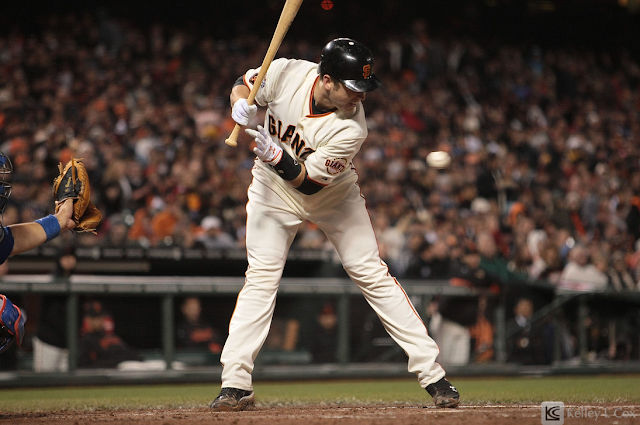 The umpires had a quick chat and considering Juan Uribe was hit yesterday, and warned both teams. I can't imagine the size welt I would have if hit by a 90mph ball on the side like that, I would probably break a rib or something! 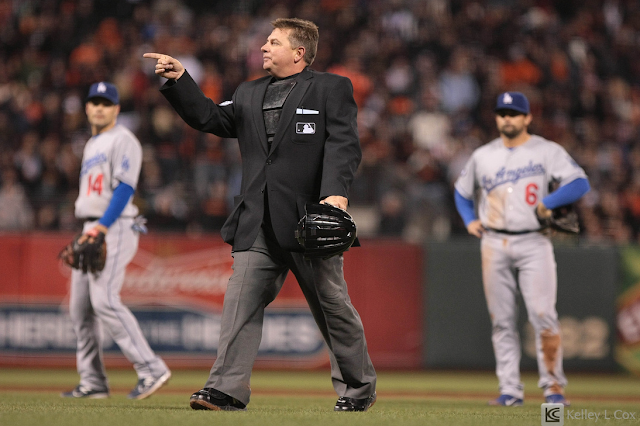 With Giants down 3-2 Pablo Sandoval hit a home run. Followed by another homerun in the same inning by Mike Fontenot to put the Giants up by 1. 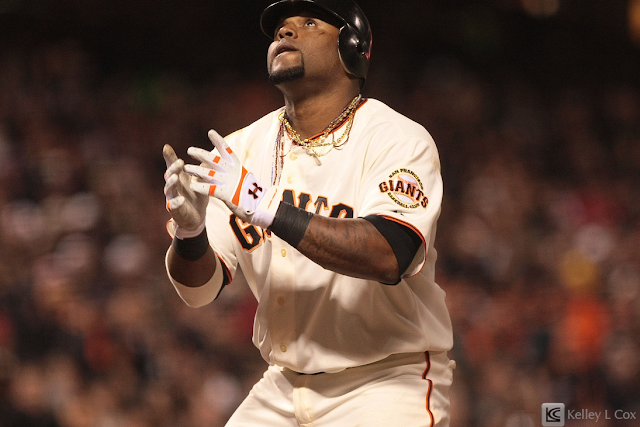 Sandoval's batting average so far this season is .357 and a he's regular starter, but Fontenot, fonteNOT so much. He was a last minute replacement, with a season average of .167 so far. So though both runs were huge, Fontenot's was a great surprise! (For my readers who aren't sports fans, that number is basically like a percentage, meaning 35.7% of the time Panda is at bat, he hits the ball. For non pitchers, >.300 is considered good and <.230 is considered bad) 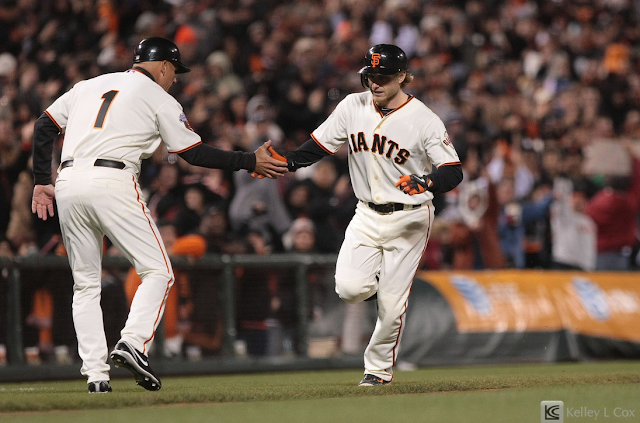 Then it came time for the reliever, Sergio Romo in the 7th. Though taken out in the 8th to be replaced with Affeldt. 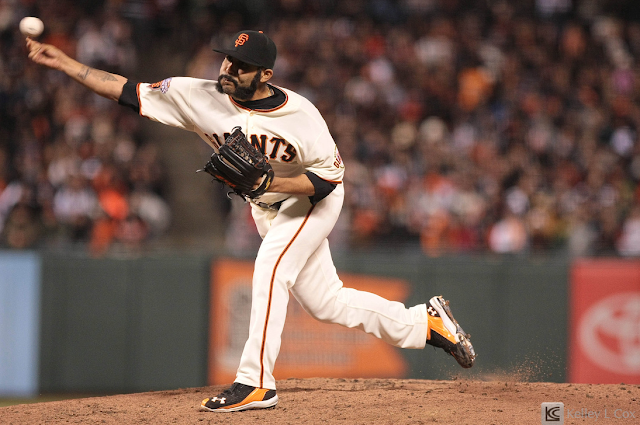 And lastly Brian Wilson, for another save in the ninth. As my mom text me after the game "Wow there is just something exciting about the big bearded guy striking him out"... indeed! 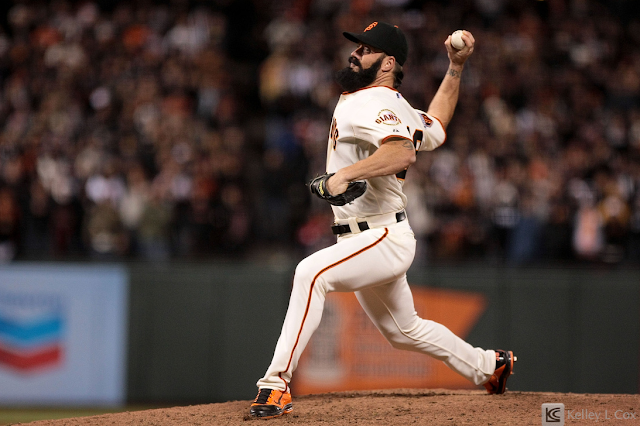 I feel like I just got into this and maybe the Giants and I are taking things too quickly, spending the last four nights together and all. So we're going to take a break while they head to Arizona and Colorado. I'll meet up with them next week on Friday and we'll see where this goes ;-) In the meantime, guess where I'm headed? To photograph the Red Bluff Round Up Rodeo!! YeeeHaaaw! Catch y'all later, thanks for reading! 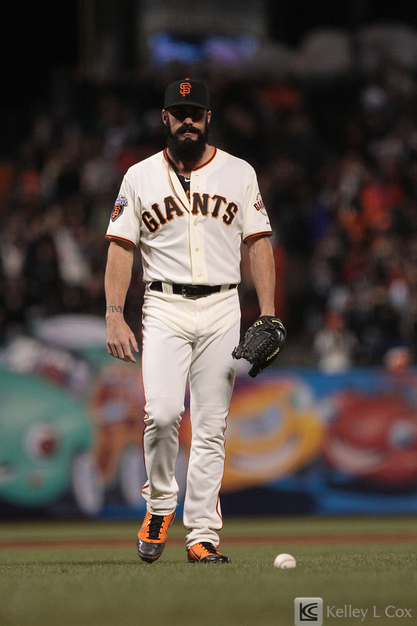