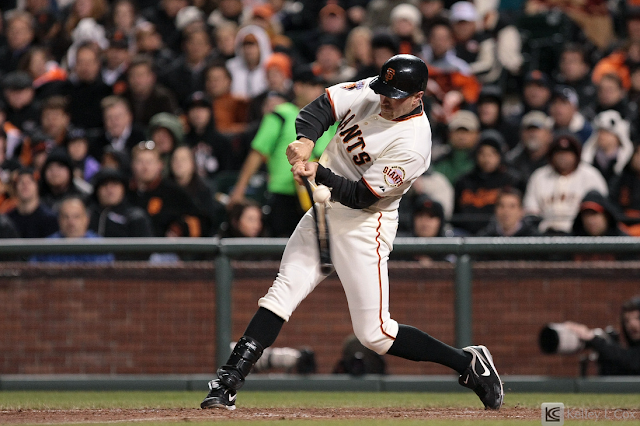 Headed back to AT&T Park for Giants vs Dodgers. Today was slightly different because I was shooting for US Presswire this time not Icon SMI. But to my readers (thanks for reading!) it will look about the same =) 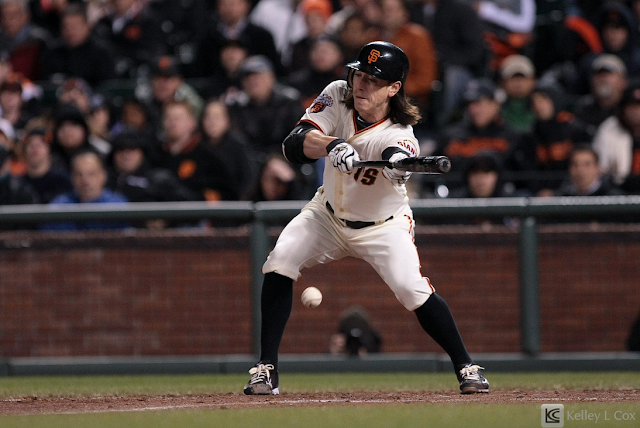 I started out with batting practice, knowing I needed some of each team's manager. Giants' Bruce Bochy. 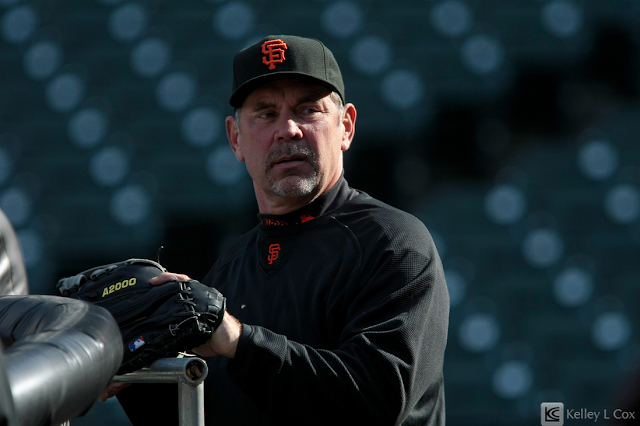 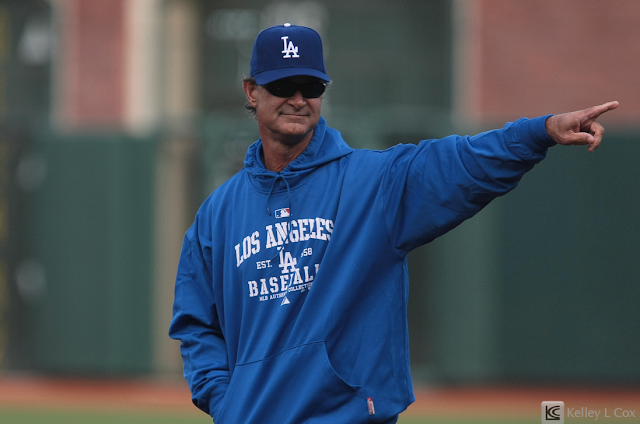 During Giants batting practice, I saw Pablo Sandoval just chillin on the grass. I waited for him to look not in my general direction so he wouldn't notice me taking the photo. But just as I went to take the shot, he looked right at me. 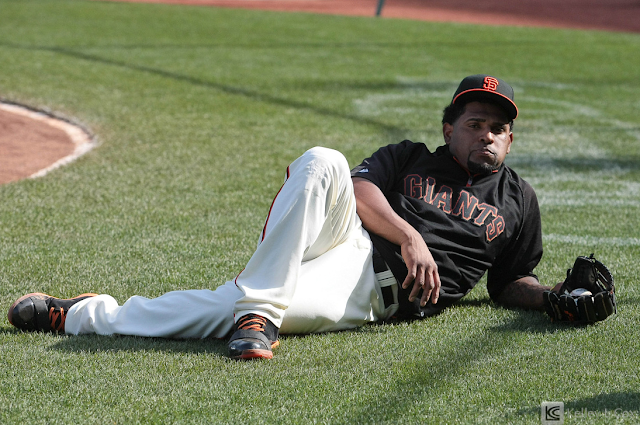 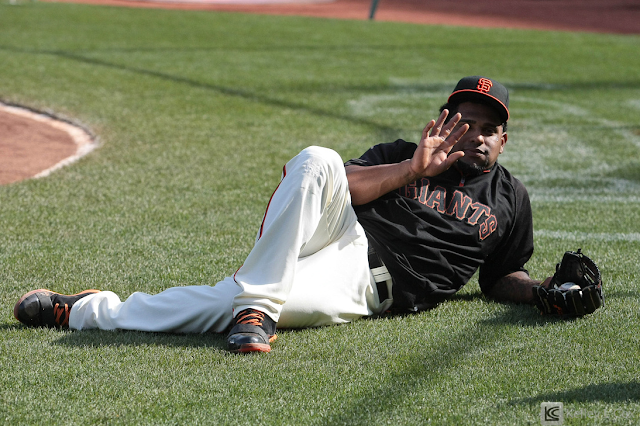 That trend continued when I went to photograph Dodgers bench coach Trey Hillman. Who later approached me and asked "did the pictures come out alright?" Embarrassing, but at least they were all friendly =) 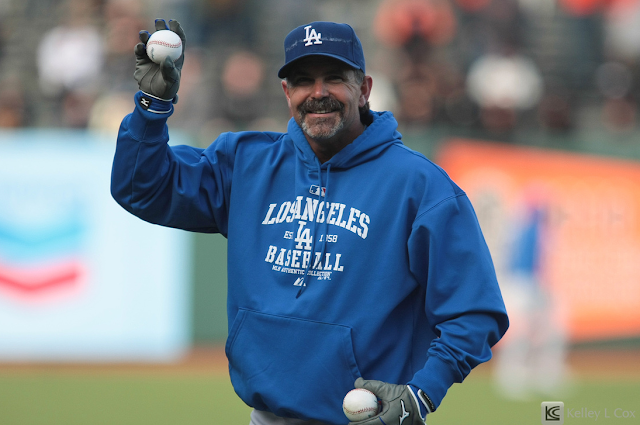 Tonight I sat by the Giants dugout because both starting pitchers Tim Lincecum and Chad Billingsley are right handed. 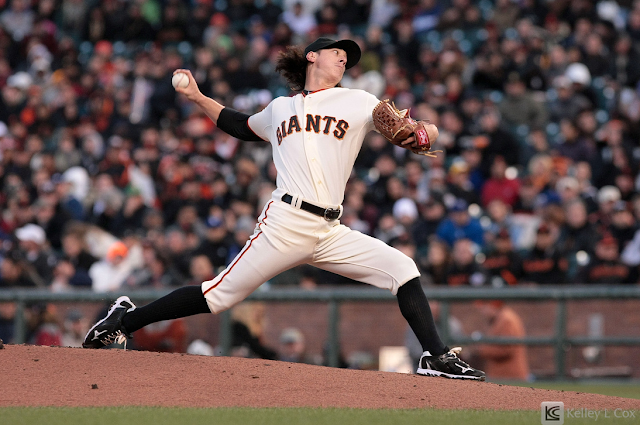 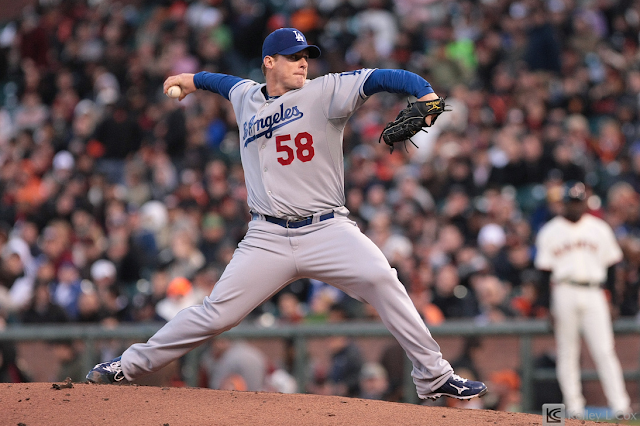 So, four games into my MLB season, and whichever team dugout I sit closest to, wins. Giants came back from behind to "Beat LA" 5-4. 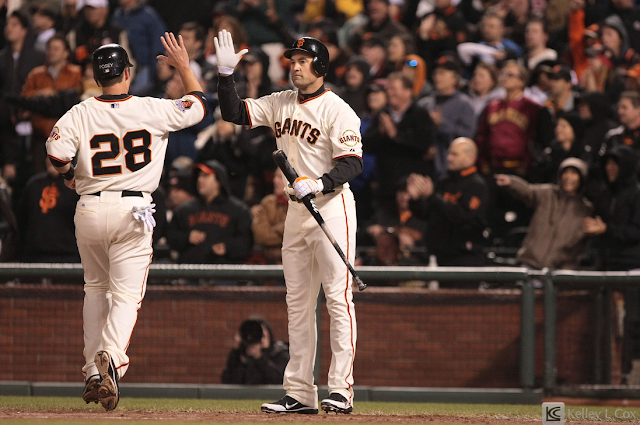 I ended up with a lot of running photos, which look more or less the same as the players round second base. 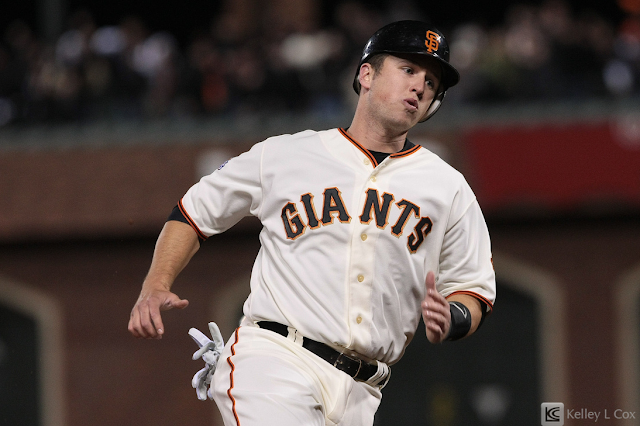 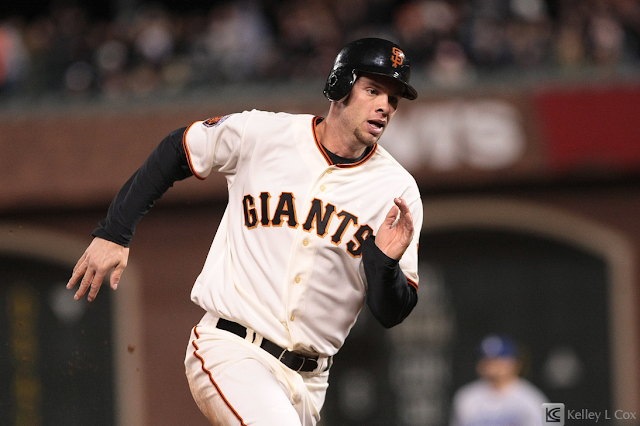 Even some of Dodgers Matt Kemp. 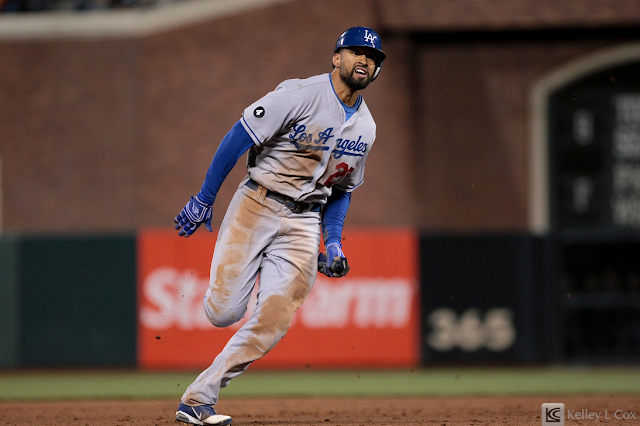 But still had a handful of non-running photos including a shot I bet I will never get again. The bat splitting on impact while Nate Schierholtz swings. Repeated from lead-off photo because it's that exciting to me: 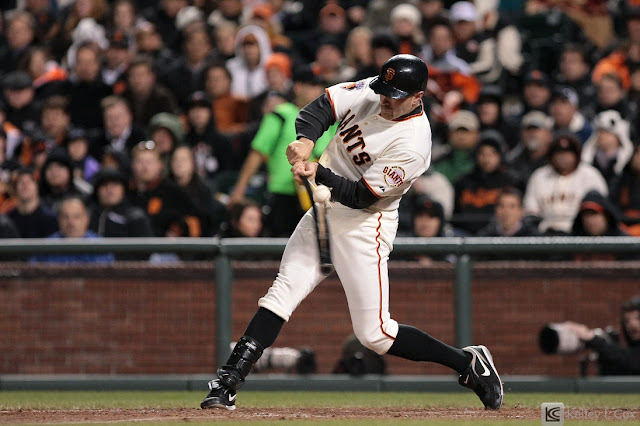 With the 5-4 lead in the 8th, Giants put in relief pitcher Sergio Romo, who didn't let LA add to the score, or even get on base. 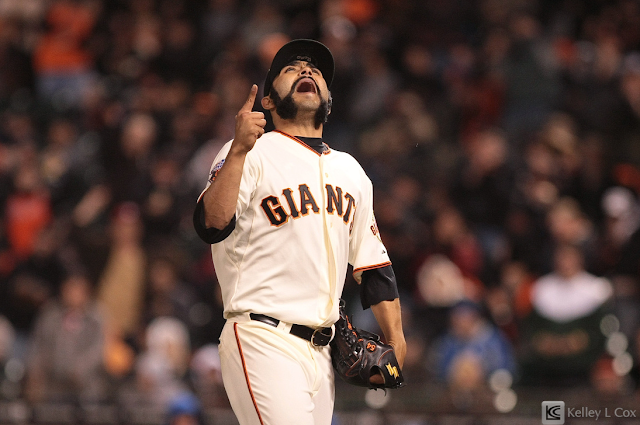 Then it was the closer, Brian Wilson, back in all his bearded glory to lock it up. 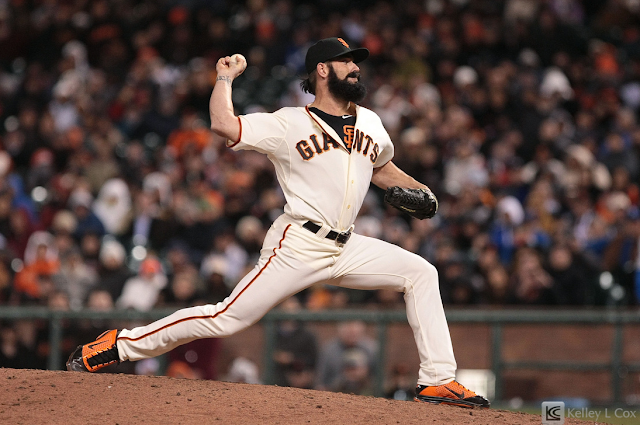 And the Giants won. FACT. 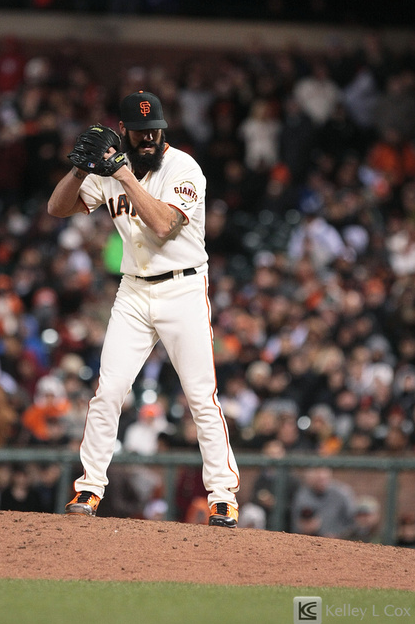 Then back to Emeryville to thaw out, get under my fuzzy blanket, have some tea and goodnight! Right back at it tomorrow!
at April 12, 2011
Labels: Action