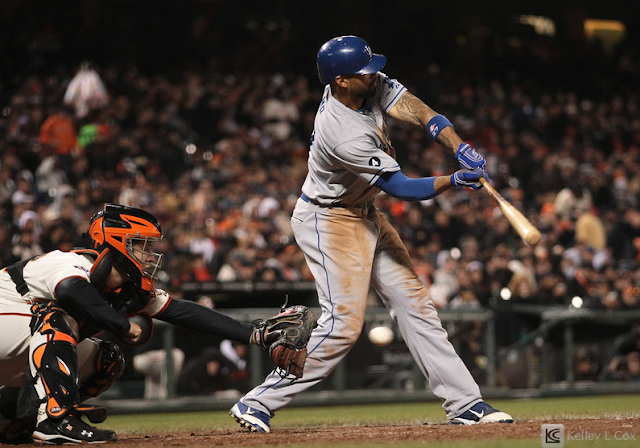 Headed back to AT&T Park tonight to shoot the Giants game for Icon SMI. Ended up with the same result, different team, a 6-1 loss to rival the Los Angeles Dodgers. 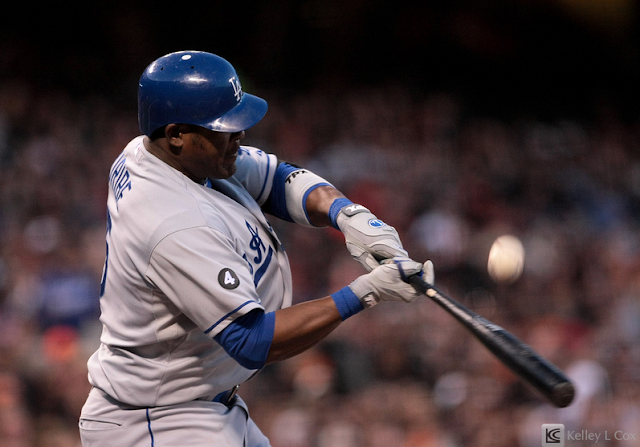 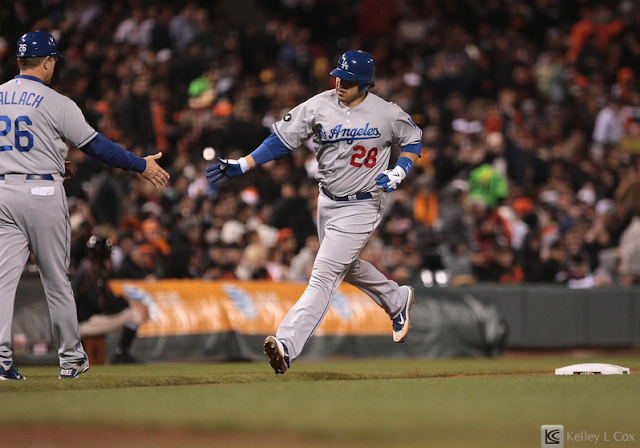 Though after what happened to Brian Stow, it's important to remember what a rivalry is and where it needs to stop. It was nice to see Giants and Dodgers organizations come together to have a moment of reflection and address the fans with a message of respect and enjoying the rivalry, but never letting it lead to violence. To donate to Brian Stow's family to help cover his medical costs, please visit the Support for Brian Stow blog: http://www.support4stow.blogspot.com/ 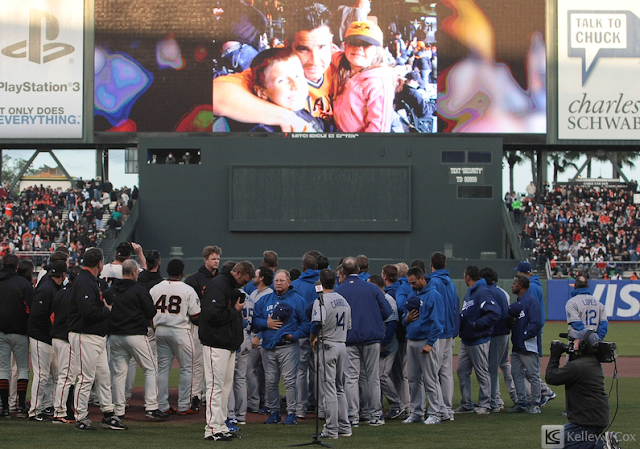 In a less somber moment, Juan Uribe, who undoubtedly contributed to the Giant World Series Championship but now plays for the Los Angeles Dodgers, received his ring to cheers from Giants fans. 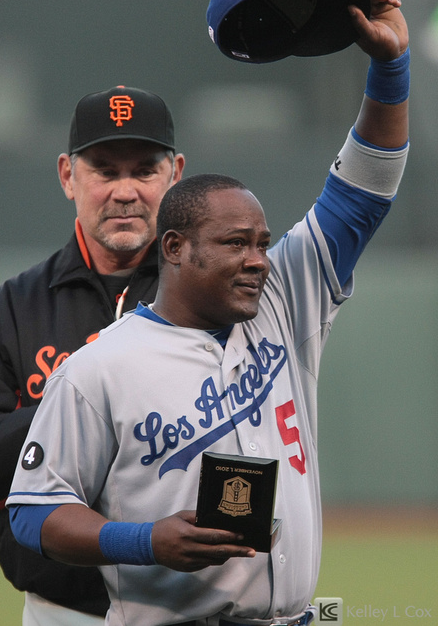 I think I need to stop sitting near first base line, because I again brought luck to visiting team. But two lefty pitchers Giants Madison Bumgarner and Dodgers Clayton Kershaw were starting so it made the best photo to be there. 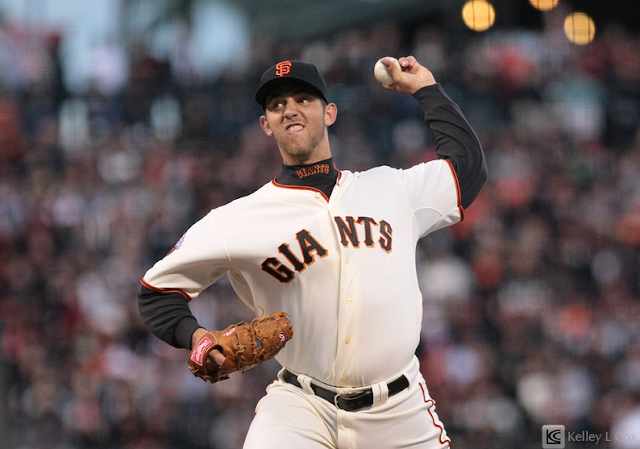 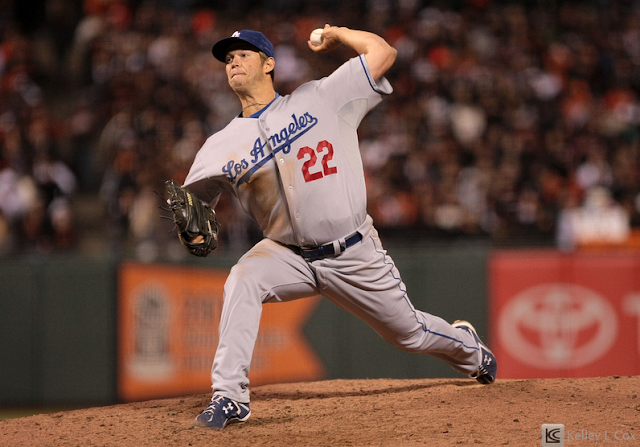 Maybe tomorrow we'll get a right handed pitcher and Sergio Romo as the set up man. I gotta say, I'm liking his beard more Brian Wilson's fearsome beard. Plus I'm already receiving threats from infatuated friends (that's you RoRo) for being in the mere vicinity of B Dub, so in terms of Giants beards, I'm team Romo =) 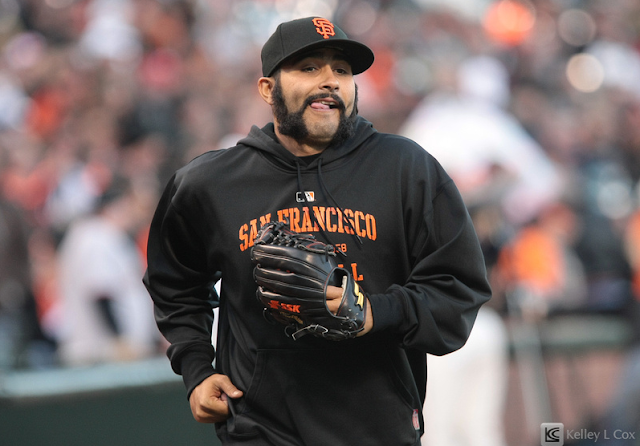 In my last post, I had a lucky artsy shot where my shot was interrupted by a player moving in front of it... this time, not so much as Matt Kemp slid to home. Thanks a lot ump! 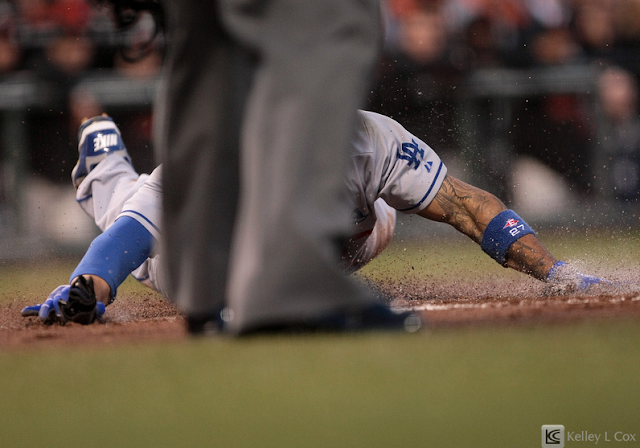 I did have an unblocked shot of Pablo Sandoval trying to tag out Rafael Furcal at third. 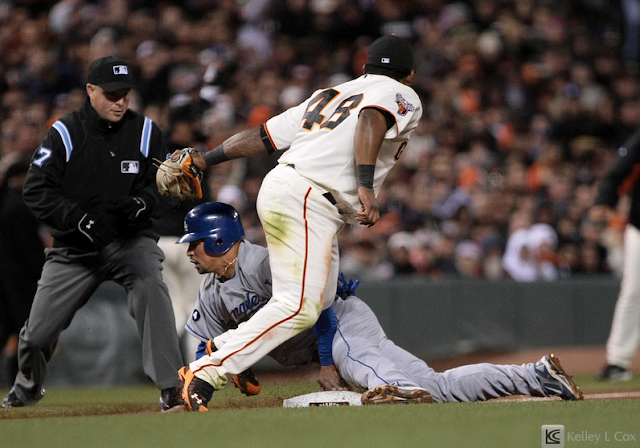 But he was called safe, guess some days don't go your way. 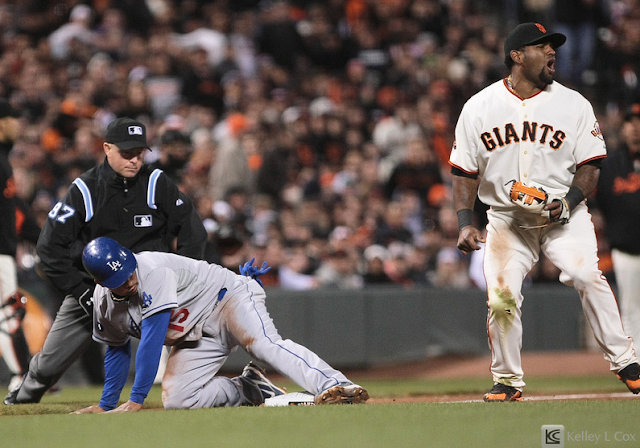 Pat Burrell hit a nice home run in the bottom of the ninth to prevent the Giants from having a goose egg. 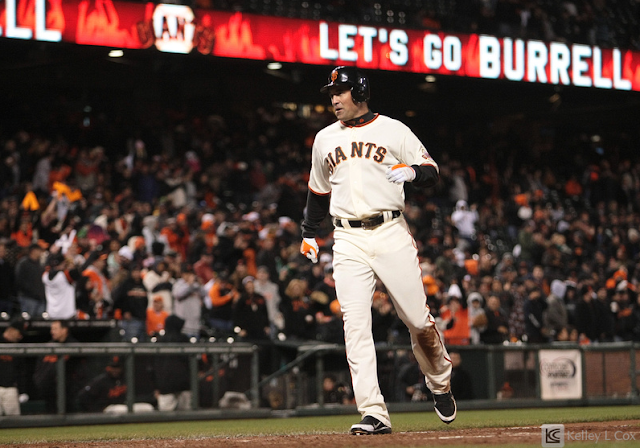 But you knew the game was over top of the 9th when the seagulls were already coming in. 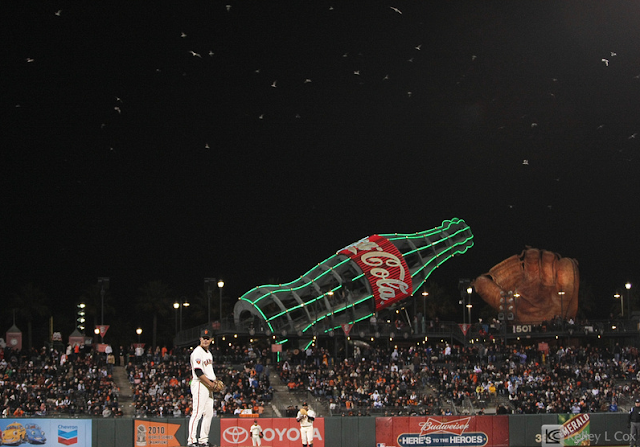 Though the game was freezing, it was an enjoyable evening. And fun to see my buddy Kristian stop by and say hi from his fancy field level seats (speaking of rivalries, he's a Stanford alum....sssssss). But now it feels great to be in my warm apartment, under my fuzzy blanket (it's AMAZING) just finished some "Sweet Dreams" tea, and hope to have some sweet dreams, goodnight!
at April 11, 2011
Labels: Action