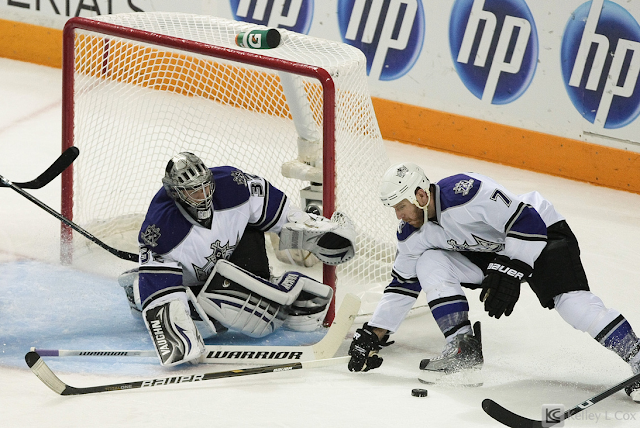 After Quakes game, I headed just down the street (well, I made a lot of wrong turns so it ended up being a little farther) to HP Pavilion for the Sharks game against the Kings. 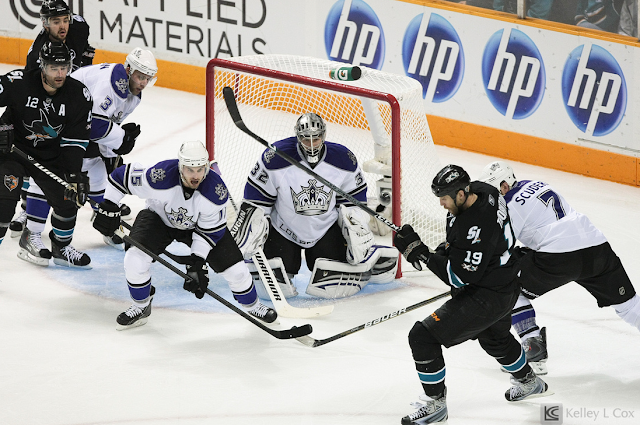 If you are surprised by my hockey coverage, you are not alone! I've never photographed ice hockey before, but Icon SMI emailed me Wednesday asking if I could cover it for them, and I signed on. I was completely out of my element. I've never been to a hockey game, never watched a complete game on TV but I was confident I could cover it. So here we go! 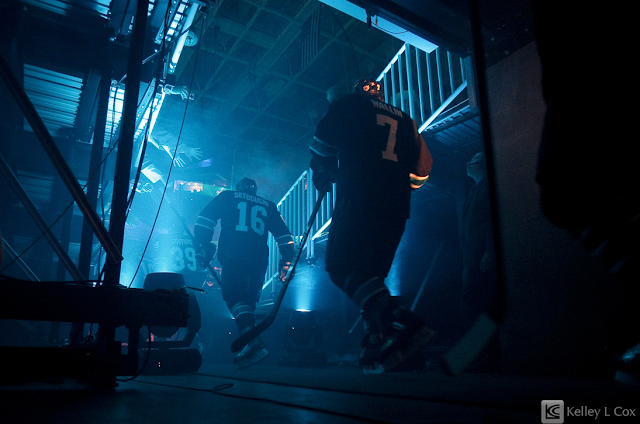 This included a lot of people. First I asked Theron (a regular hockey shooter for Getty) who I saw at Quakes and he gave me some tips before heading over. At the game I met Brad in the media room who was shooting for Reuters. Then I found Nhat Meyer of the SJ Mercury News and Paul Sakuma of AP, and Ezra Shaw of Getty. All were INCREDIBLY helpful. Nhat helped me (and Carey who was also new to hockey) find holes we could shoot through on the ice. 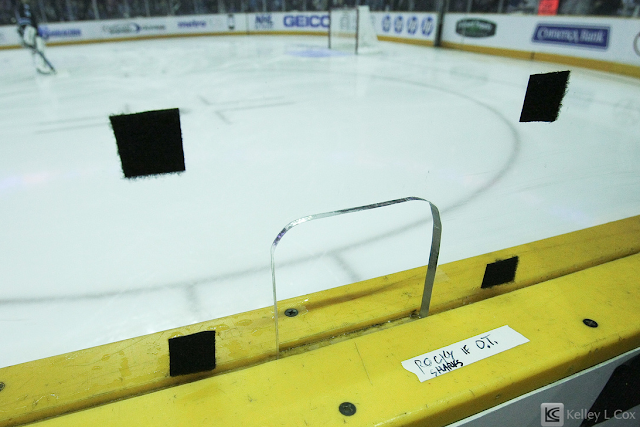 It was soooo much fun shooting low, though a challenge angling the lens through the space. And occassionally got a little close for comfort. Thankfully Nhat had warned me to not put my lens through the hole too much and be wary of pucks flying through and bodies be slammed against.... fun!!! 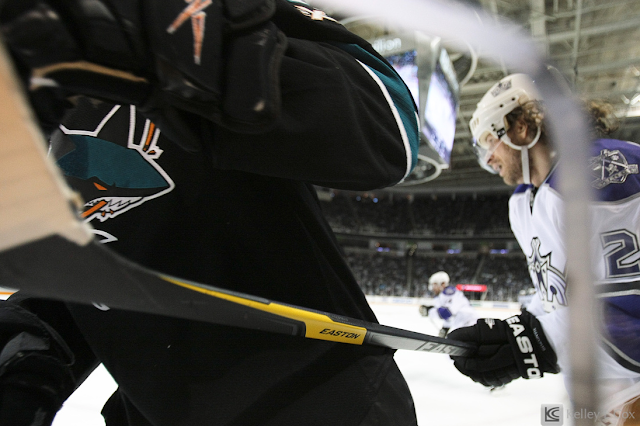 I was able to shoot from three different locations (which included a bajillion circles around HP Pavilion, thanks to my lack of direction sense) and though I struggled always getting the puck in the shot, I enjoyed shooting the game and felt I improved throughout the night. Yay! 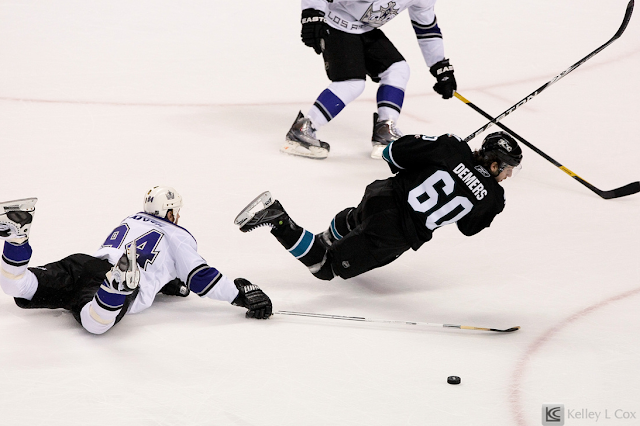 Unfortunately the Sharks fell to the Kings 3-1. But wish them the best in the next game of the series and hope I cover them again in the future! 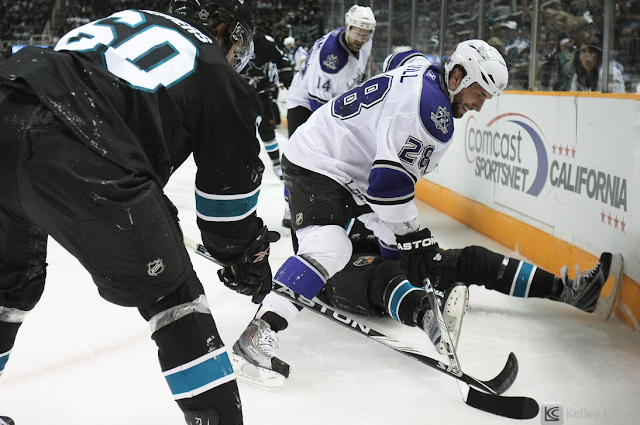