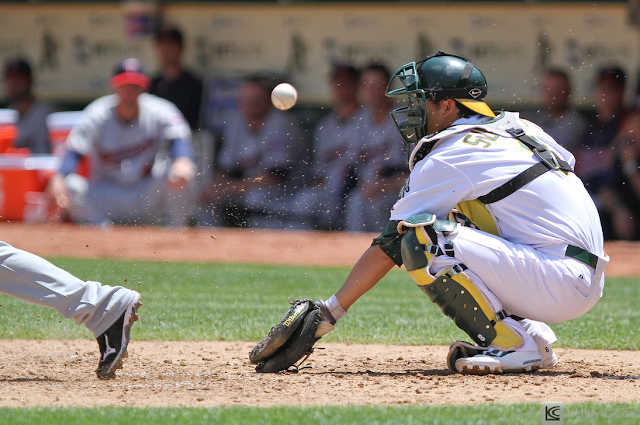 Headed over to the A's game this morning/afternoon as they faced the Minnesota Twins. 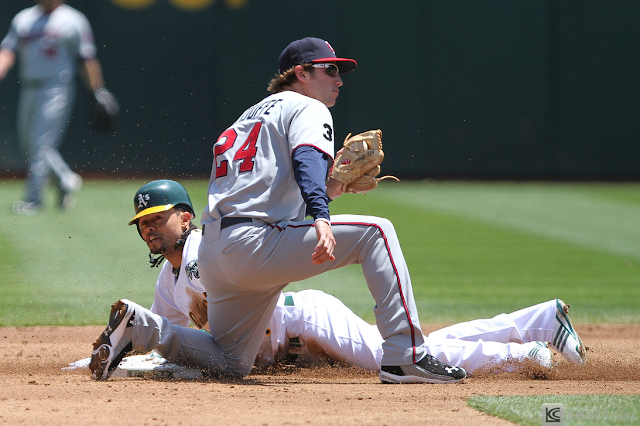 I was excited because starting pitcher was none other than former Cal player, Tyson Ross. 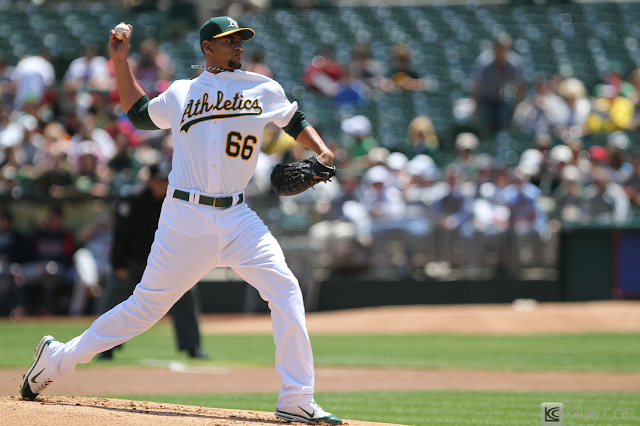 Unfortunately, a left oblique strain sent Tyson off the mound after only seven pitches :-( 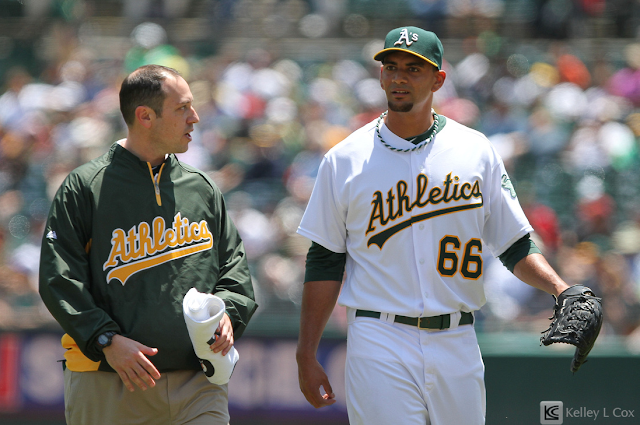 The rest of the game didn't get much better and Twins defeated the Oakland A's 11-1. 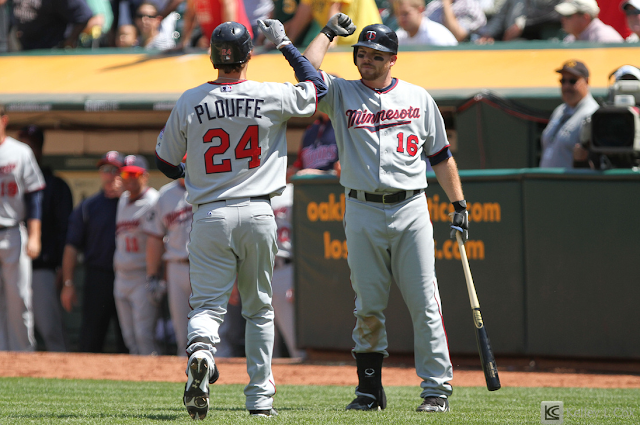 But I did see that Coco Crisp has a crazy surface piercing... on target. 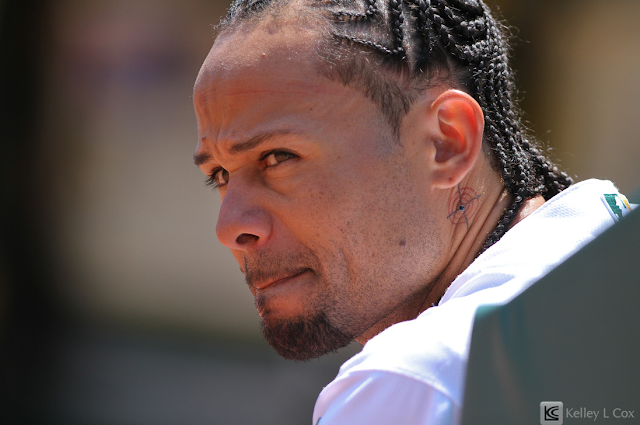 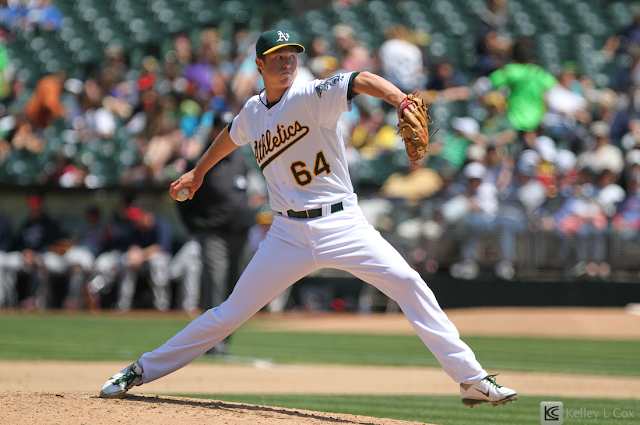