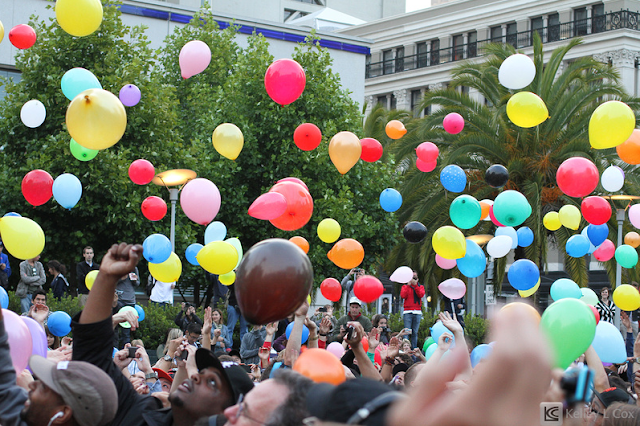 Headed over to Union Square Park for the Improv Everywhere mp3 Experiment Tour - San Francisco. Stacey, in her lovely moose hat, heard about the event and we had to check it out. 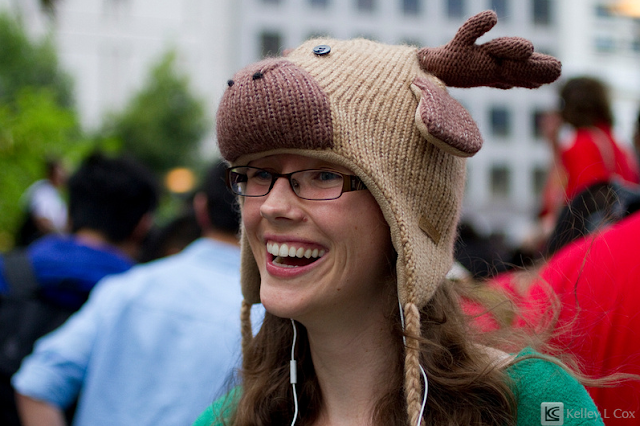 Basically you download an mp3 (but don't listen to it) wear a certain color, bring a balloon, and at 6:30 press play on your mp3 player. We weren't sure if we would be two of ten people, but turns out there were TONS of people. 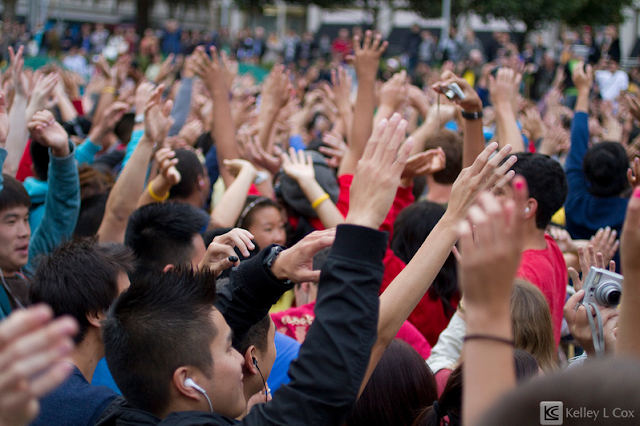 The voice instructs you to do silly things, be it freezing, dancing, napping, thumb wars, human twister based on the color shirt you wore. 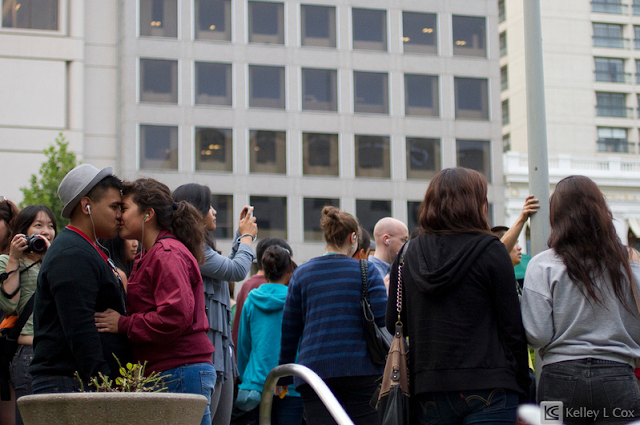 There were certainly a lot of confused people, watching from the outskirts of the park or even from the windows of Macy's. But the best was when they told you to follow someone who was not participating... we start following some poor unsuspecting tourist and then he turns to his family and goes "oh, let's follow them and see where they are going"... not knowing we were following him haha. 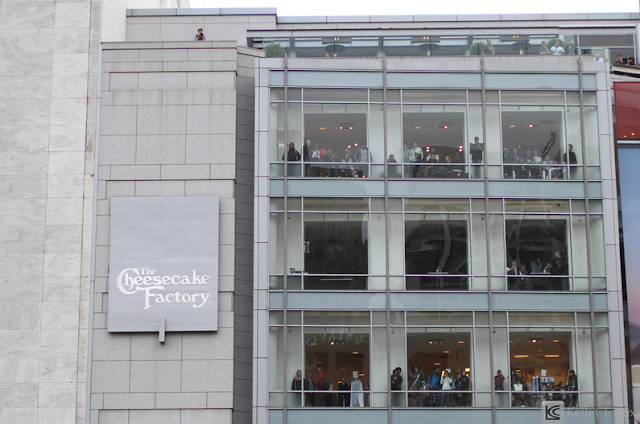 It culminated with the epic battle of blowing up a balloon and bobbing each other on the head then feigning an outrageous death. 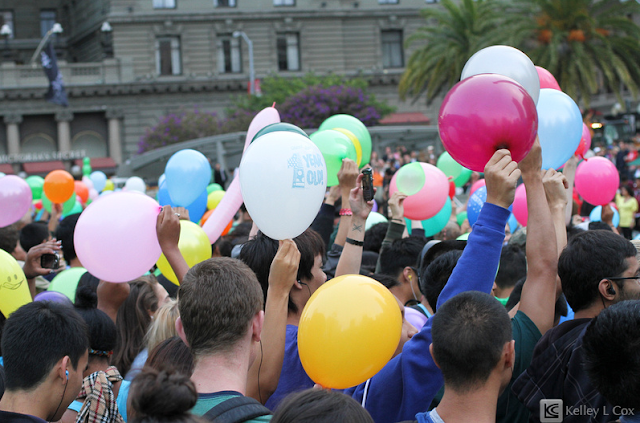 Then everyone threw their balloons up in the air... and picked up all the popped balloons afterwards. 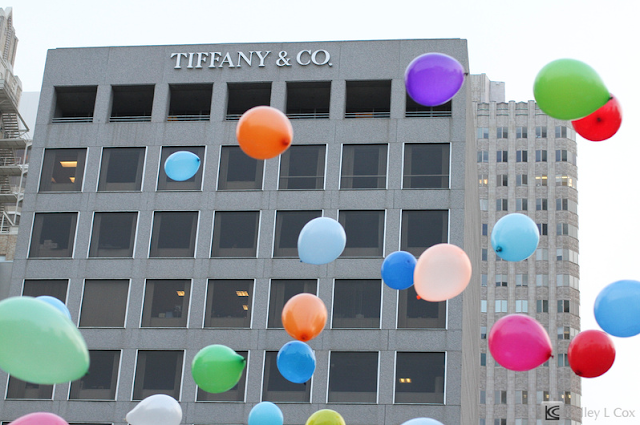 On the way back to Bart we saw a one-man band too. So cool!! 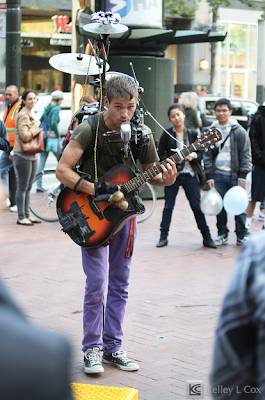 It was such a fun, happy, random event! 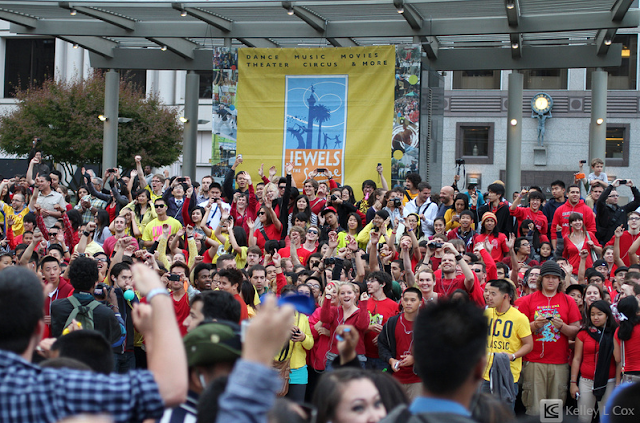