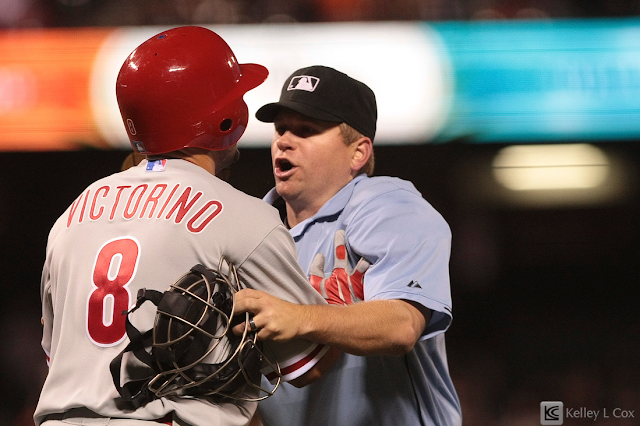 Headed over to AT&T Park for the Giants vs the Phillies and got a bit more than I bargained for! 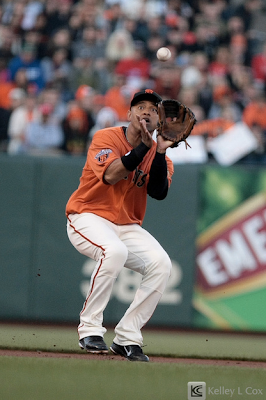 Started out just like any other game but with the excitement of Jonathan Sanchez returning to the mound from injury. 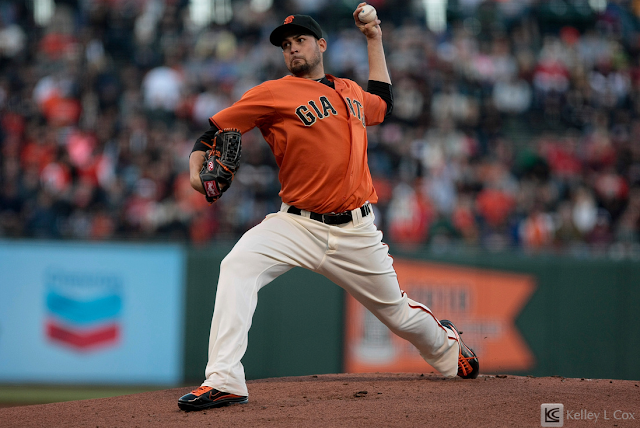 Giants went down early with some runs and home runs from the Phillies. 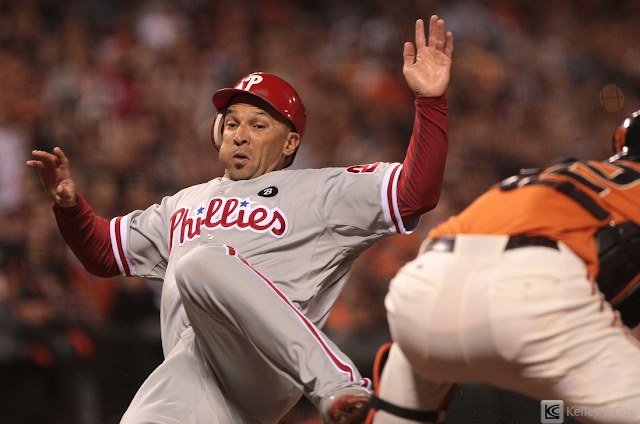 Then Ramon Ramirez came into pitch. 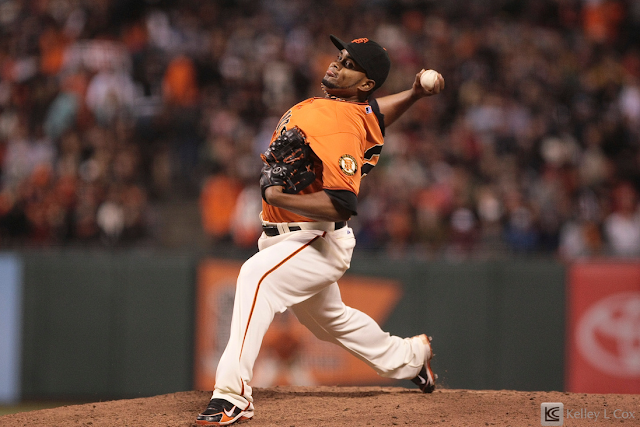 Shane Victorino was hit by pitch in the sixth, and went chasing after Ramirez. 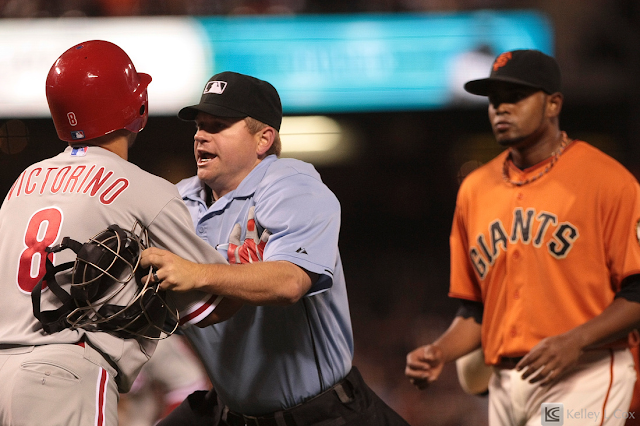 Eli Whiteside ended up tackling some of the Phillies players who came off the bench. 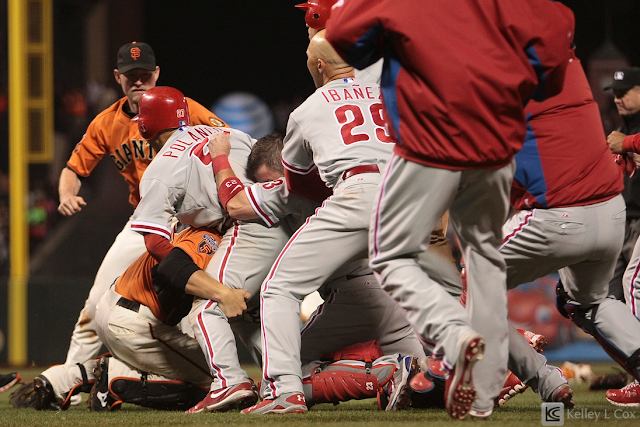 Then both benches cleared as an all out brawl began! 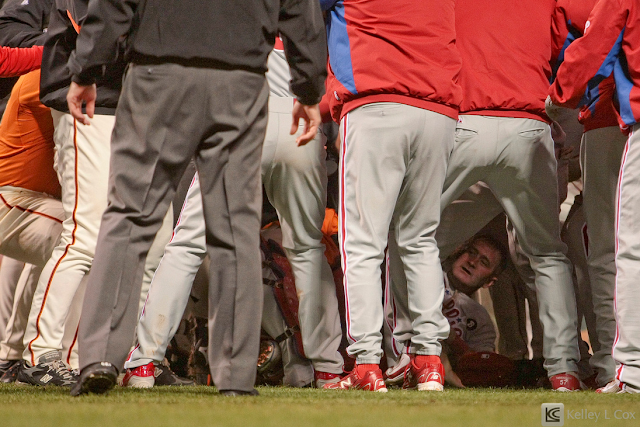 There's some discussion who was the instigator, but my photographer buddies Kyle Terada concluded to Jose Carlos Fajardo that the teams were fighting over who got to take me on a date. Haha... for sure ;-) 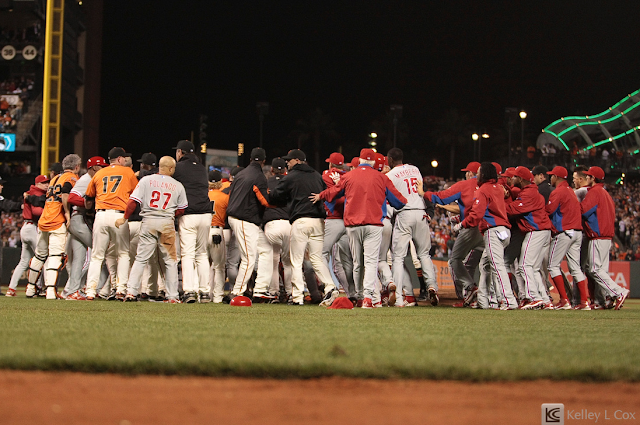 Victorino was held out of the pack for a bit, but dived right back in. 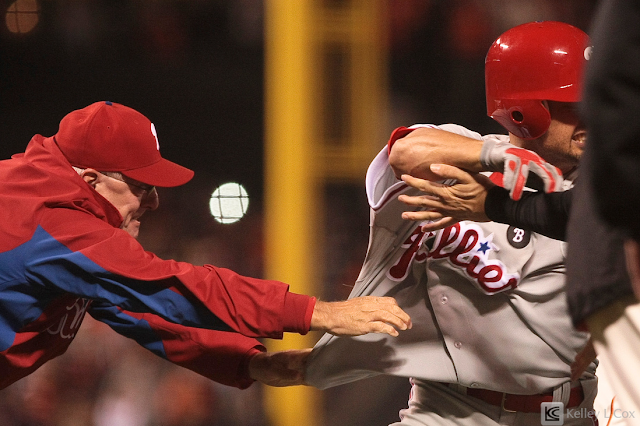 Eventually things were settled, but what excitement!! 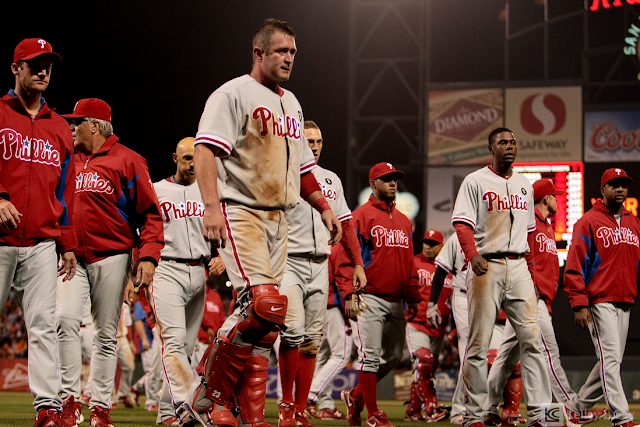 I missed a lot of the plays in the 7-8th as I was transmitting fight photos. Was able to catch Brian Wilson in the 9th, but to no avail as the Giants fell to the Phillies 9-2. 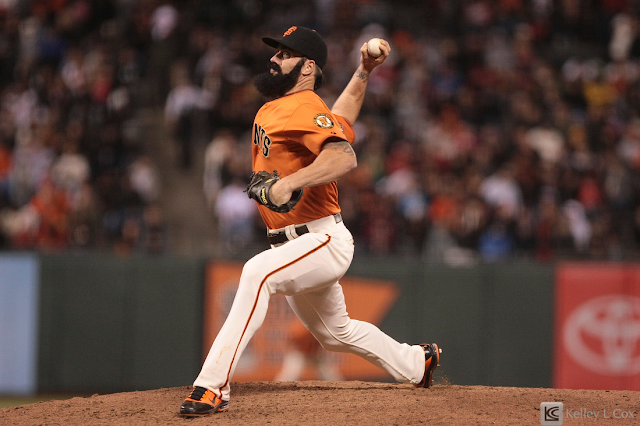