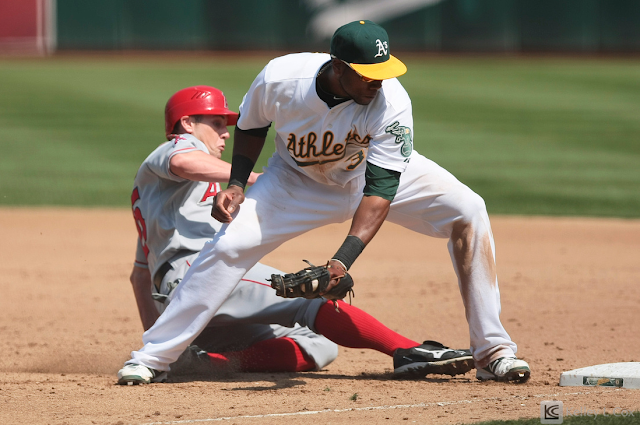 Headed over to O.co Coliseum for the A's against the Angels. 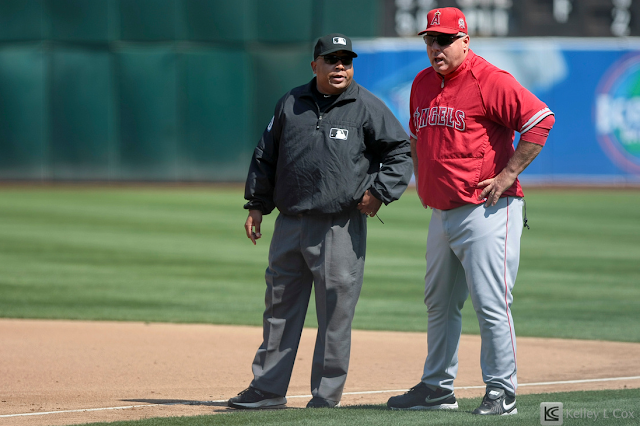 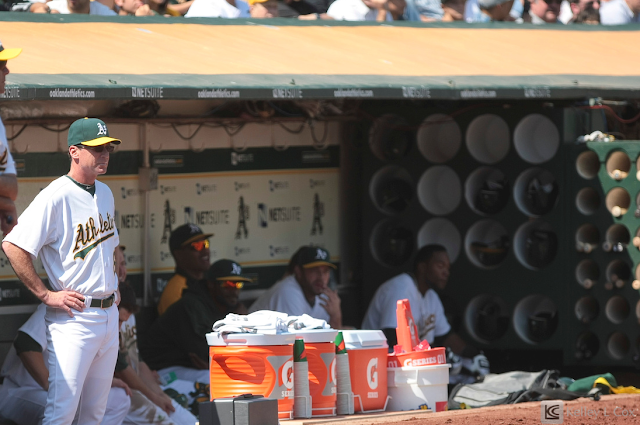 Rich Harden started at the mound for the A's and Jered Weaver started for the Angels. 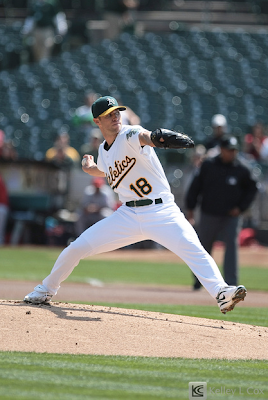 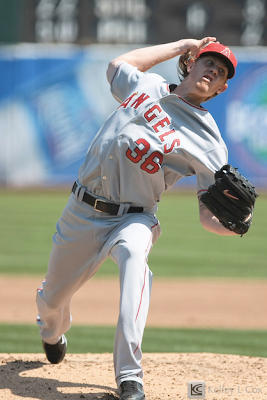 First inning I was able to get the pitchers, a double play AND a slide, and I thought, "Great! I'm set for the day! Don't have to stress for the rest of the game." 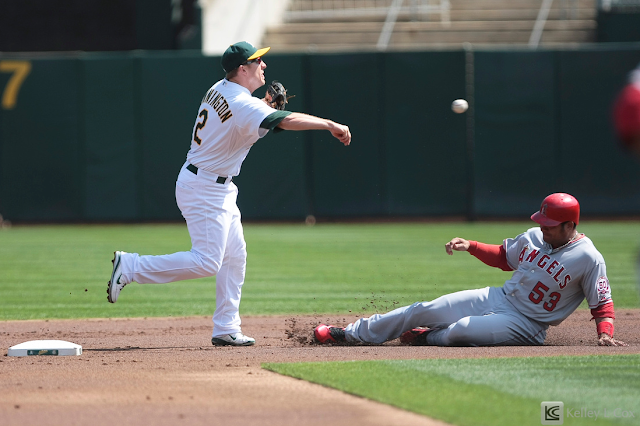 A's had a nice home run by Josh Willingham. 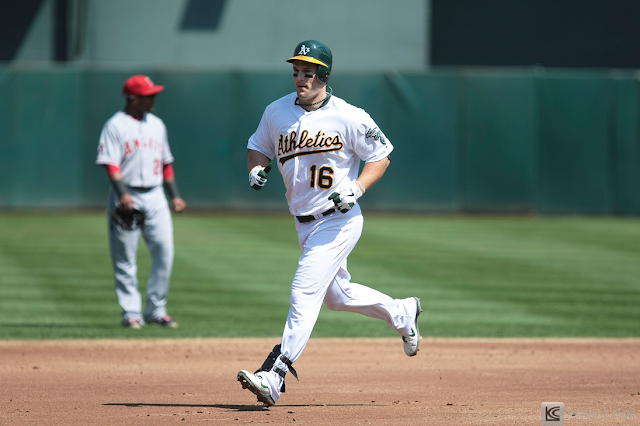 But it was no match for the four runs put up by the Angels who defeated the A's 4-1. 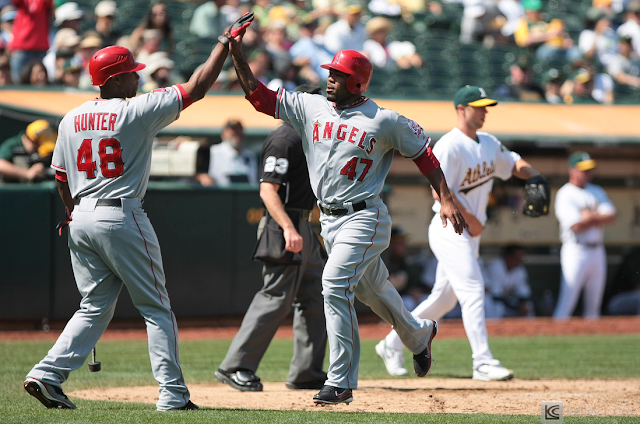 There was some fumbling going on, both sides trying to gather the ball. Turns out, when catching a ball, two people going for it at once, doesn't increase your odds of actually catching it. 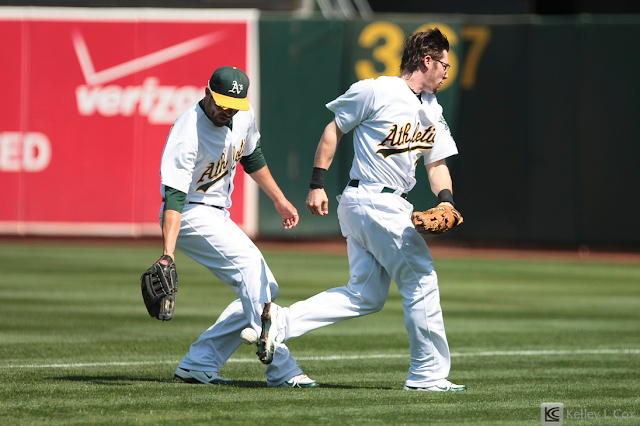 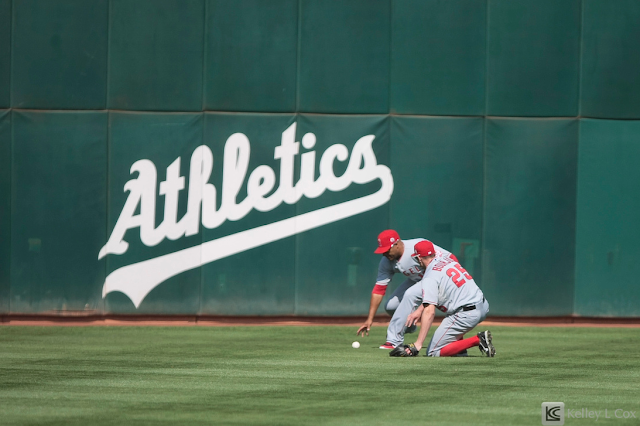 I saw Kara (the A's in-game host) preparing for a segment with a man and woman sitting near me behind the plate. The wife looked pretty fancy, and the guy kind of interesting, and they both had on Moneyball shirts, and obviously really good seats. Knowing that the movie is coming out, Jonah Hill will be throwing first pitch this weekend, and ads are all around the stadium, combined with two A's photographers taking their pictures, I thought "oh! maybe this is the author of the book, or the director of the movie" So I took some nice head shots, horizontal and vertical, before the segment and figured I would wait for Kara's segment to figure out who they were, pretty proud of my good timing and eye. 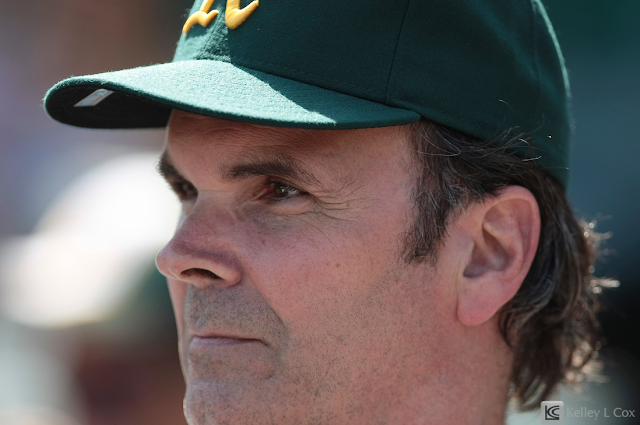 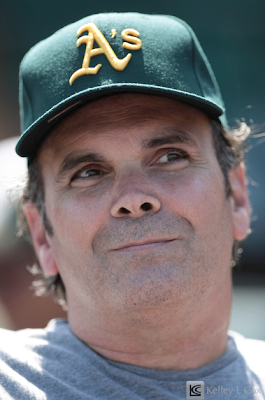 Turns out... they were both just A's fans who had been upgraded to better seats as part of a Moneyball promo. Hahaha... good job, Kelley! 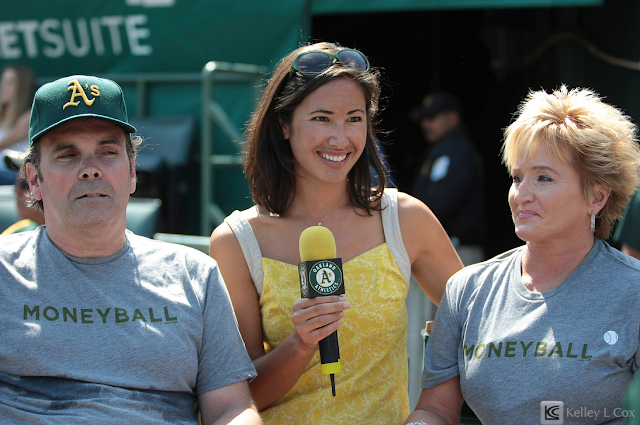 I'm trying to ignore the fact that this was my last A's game for the season... probably won't really sink in until my last Giants game :-(