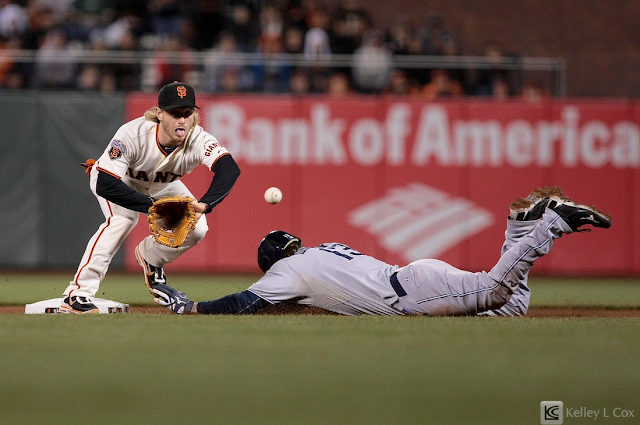 Headed back to AT&T Park (three days in a row!) for Padres vs the Giants. 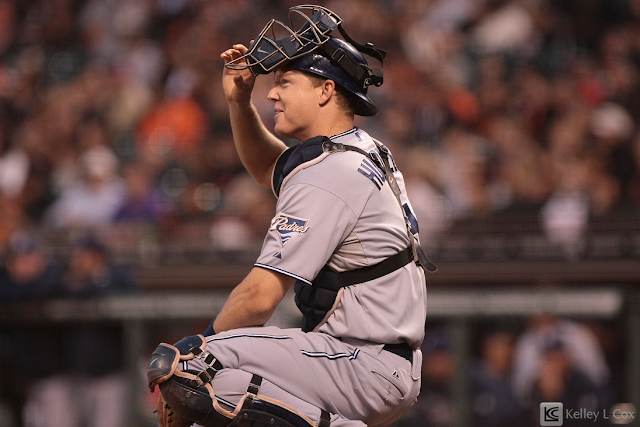 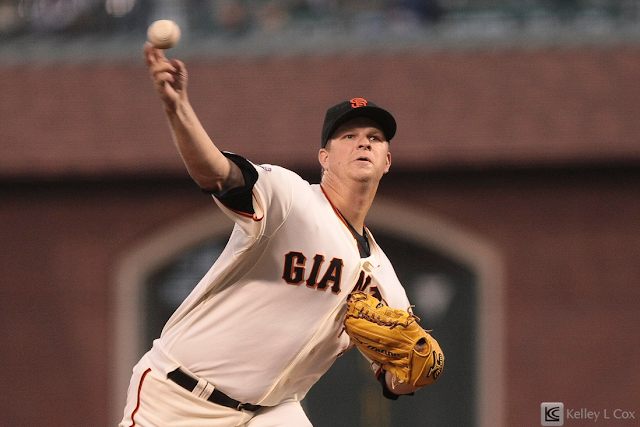 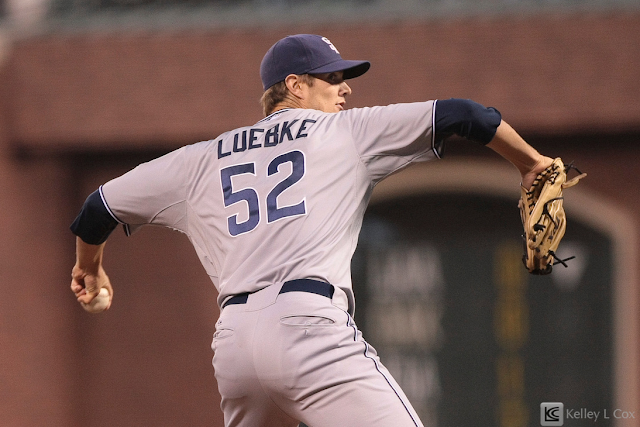 Pre-game, three of the 2011 draft picks were there. Kyle Crick. 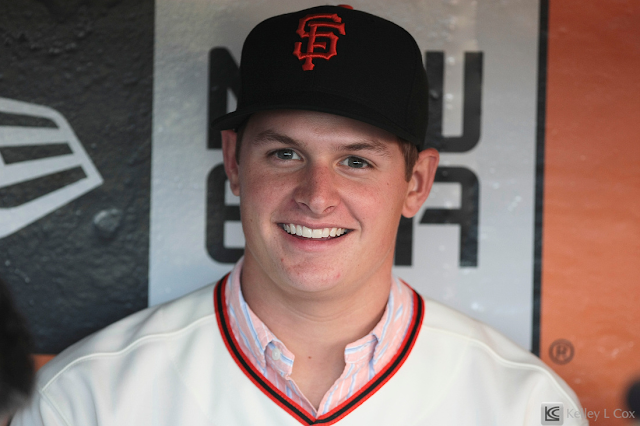 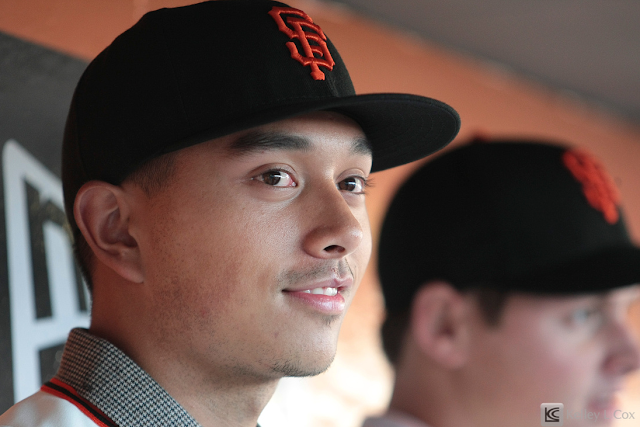 And Andrew Susac. It's so crazy to think that these young kids who seemed excited, nervous and a little overwhelmed by the media attention, could transform into the next larger than life MLB superstar. (Also big thanks to Andrew's aunt who was able to help me ID them) 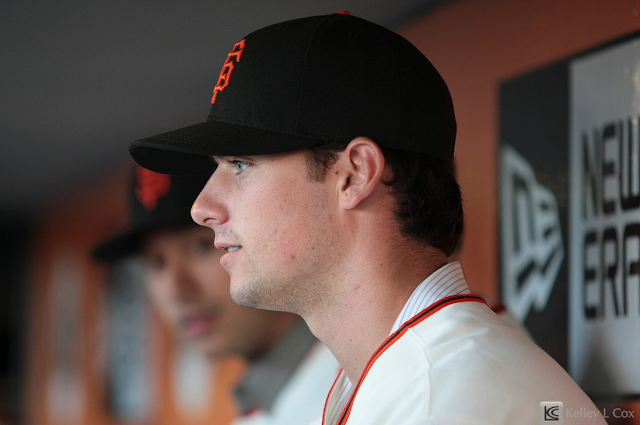 Despite Giants scoring some runs, the game was going kind of slow for me. 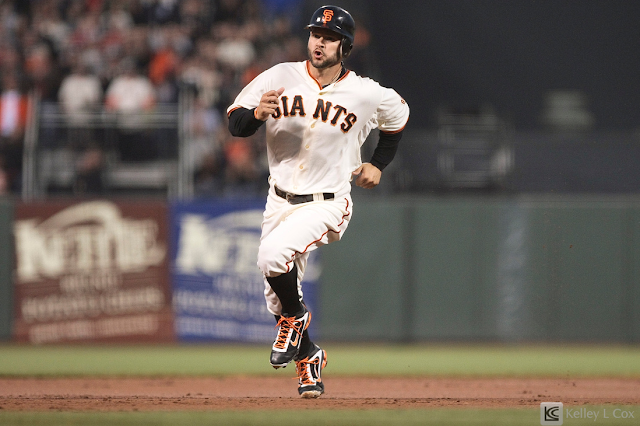 Though I did like when Orlando Hudson tagged out Carlos Beltran, he then patted him on the chest, as if to say "sorry 'bout that man, nothing personal, you're ok" 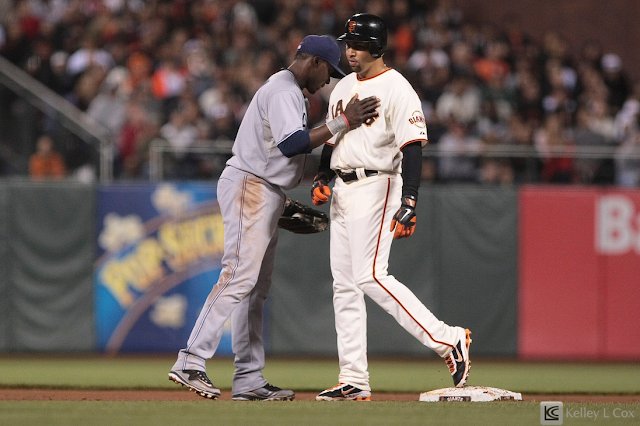 I was praying for some kind of nice slide or double play, but all calls were long shots. This was the closest thing I got to an exciting play, and it wasn't even a close call. 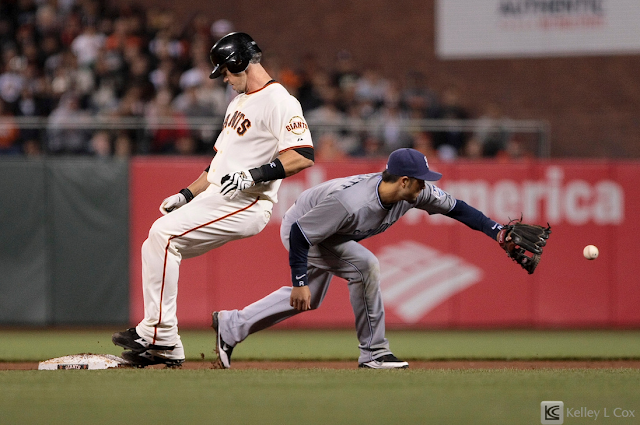 Otherwise some catches were all I had. 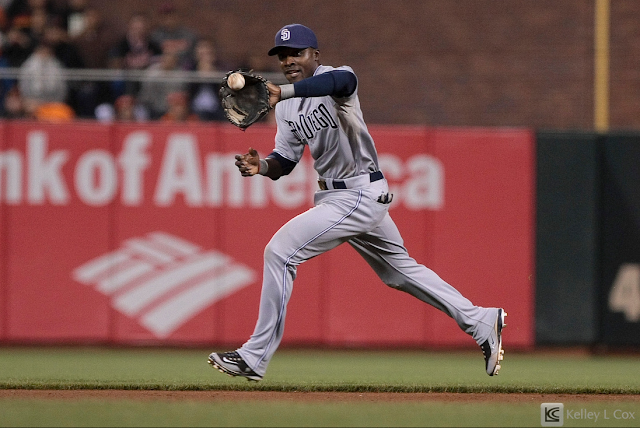 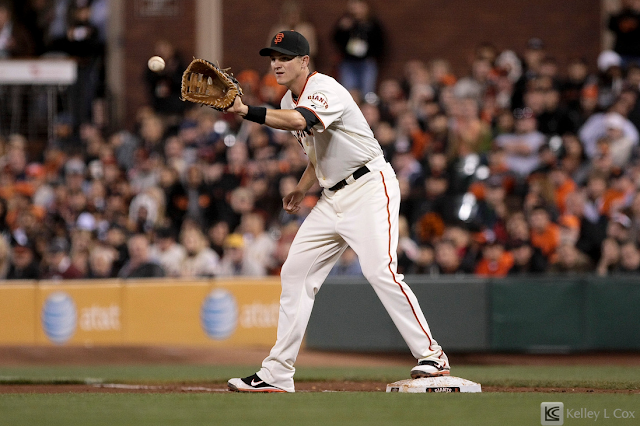 Then, Padres tied it up, and things became more interesting. Darren Ford replaced a runner, so you just knew he was going to try and steal, unfortunately he was caught. Sometimes I think the umpires get too much satisfaction from calling outs haha. Aubrey Huff replace Brett Pill as pinch hitter, then Padres changed pitchers, so they put Mark DeRosa in as the pinch hitter... but he struck out. 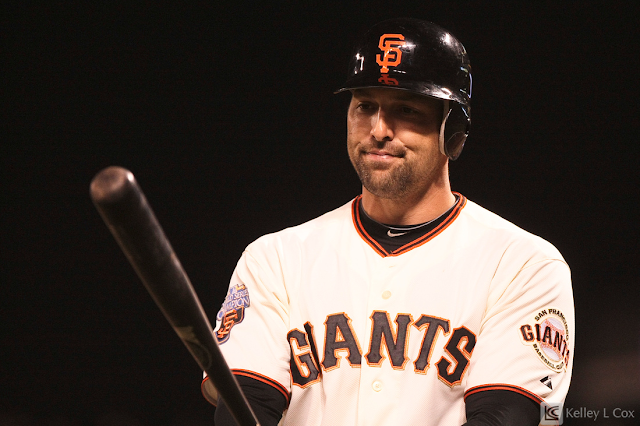 But as the game went into extra innings, Mark DeRosa came back up to the plate, and batted in Cody Ross for the win. 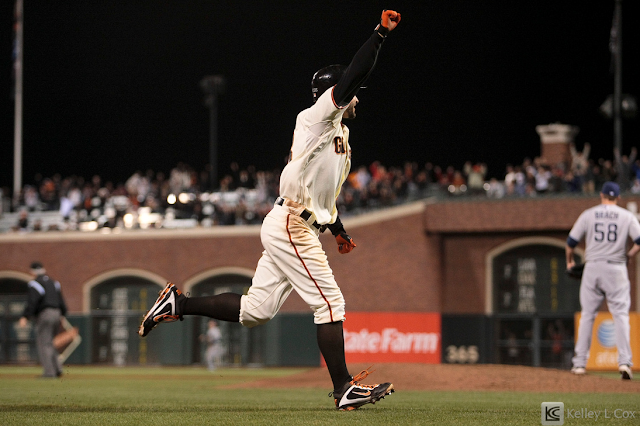 I love that as the players ran to celebrate with DeRosa, he pointed at himself like "that was me! I did that!" 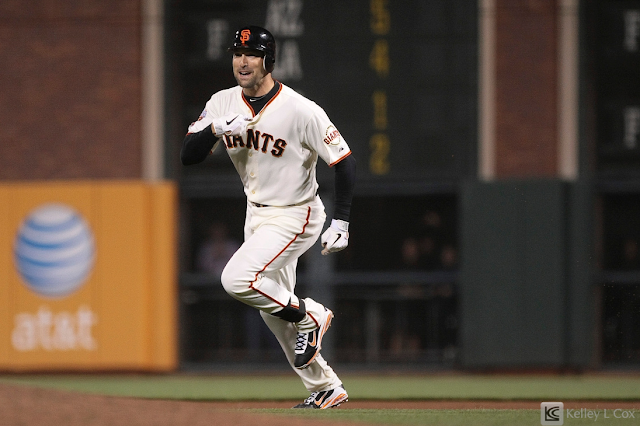 I wish I played sports just to have an opportunity to celebrate with such enthusiasm haha ;-) 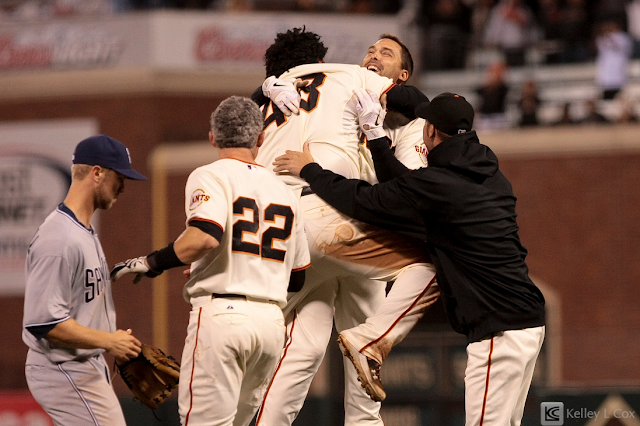 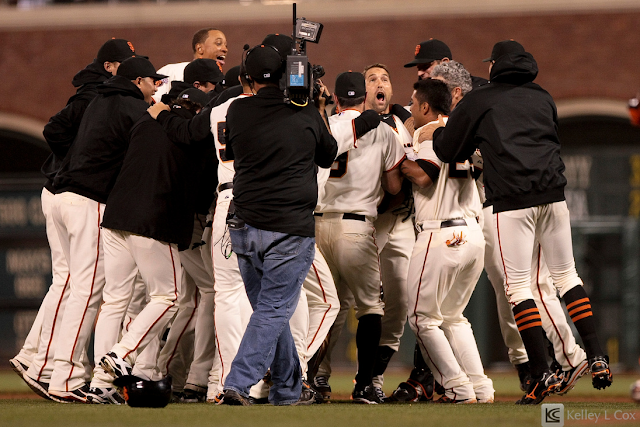 Maybe I should just celebrate by myself! 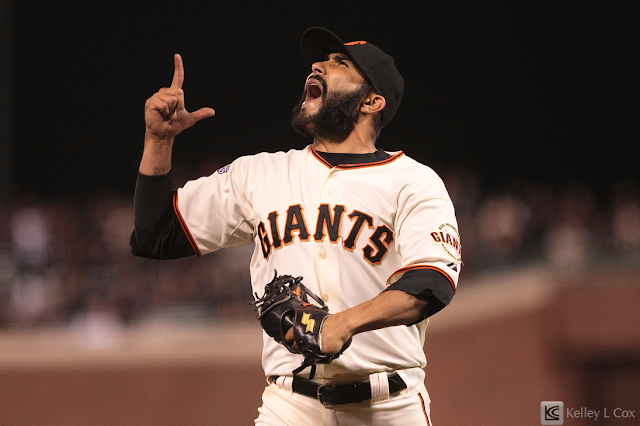 Nice 3-2 win for the Giants in twelve innings even!