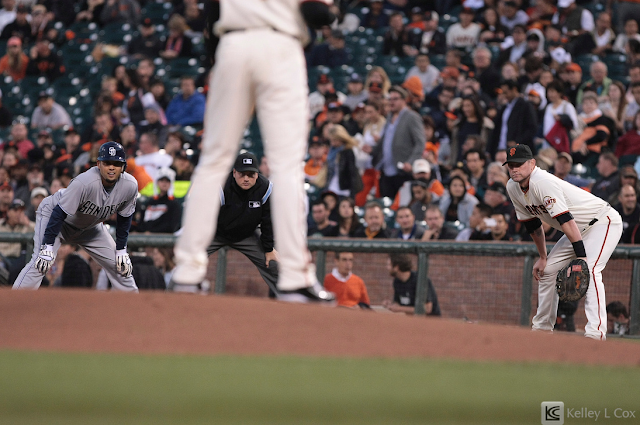 Headed over to AT&T Park for the Padres vs the Giants. 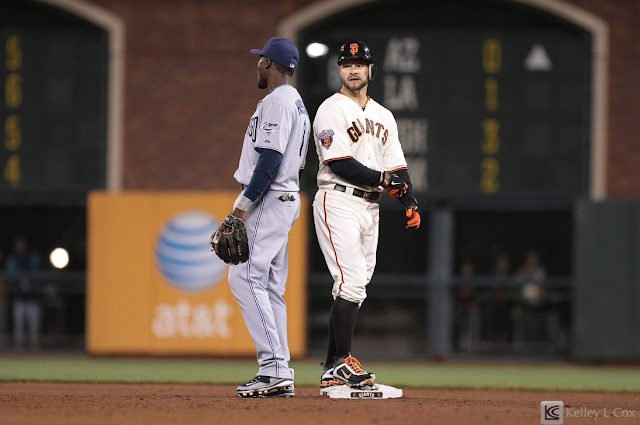 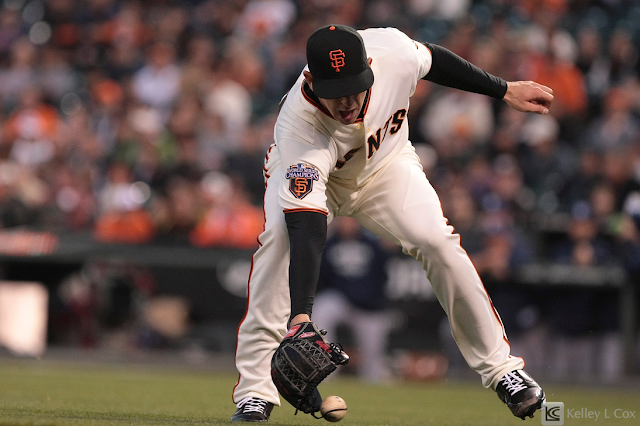 And Padres came out with Aaron Harang. 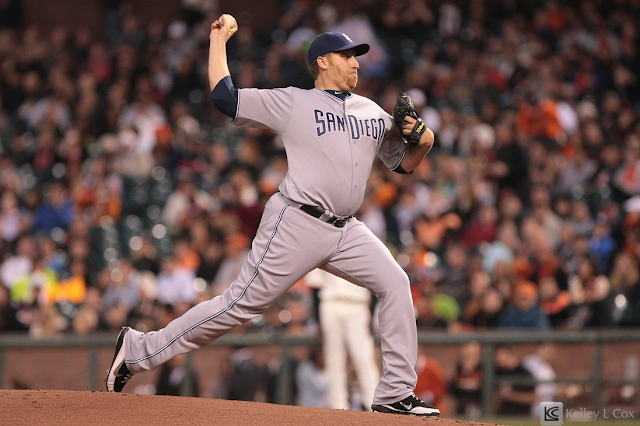 Giants had a great showing going up 4-0 early, thanks in part to a home run by Cody Ross. It's always entertaining to see the variety of fan reactions. 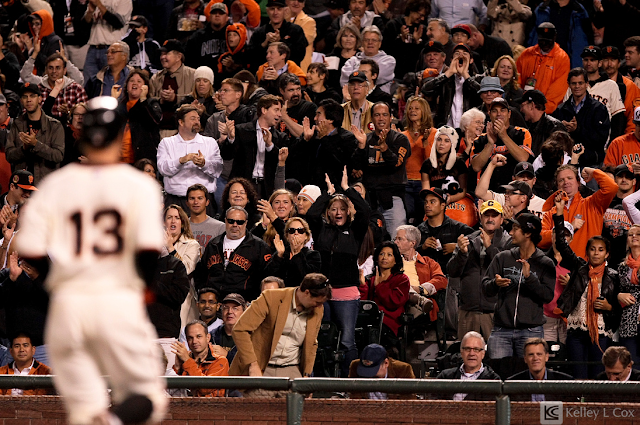 Sometimes when I'm not feeling like I'm getting compelling photos from the game action, I alternately turn around and focus on the dug out. 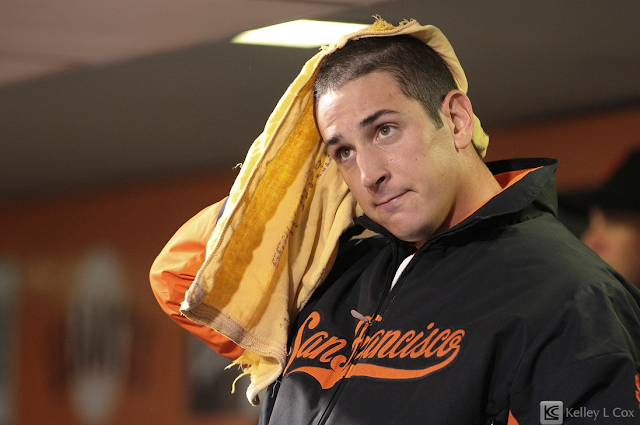 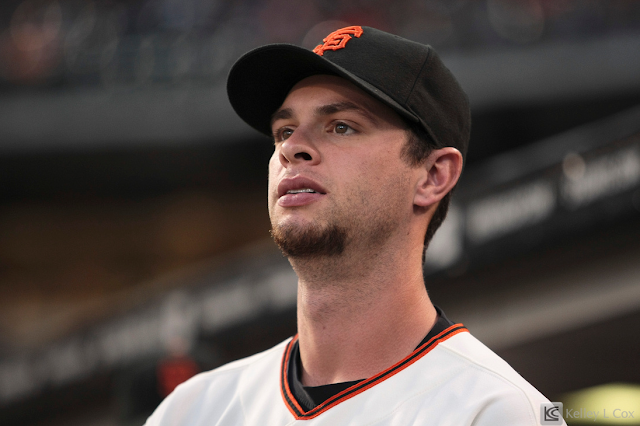 These are some of my favorite shots. 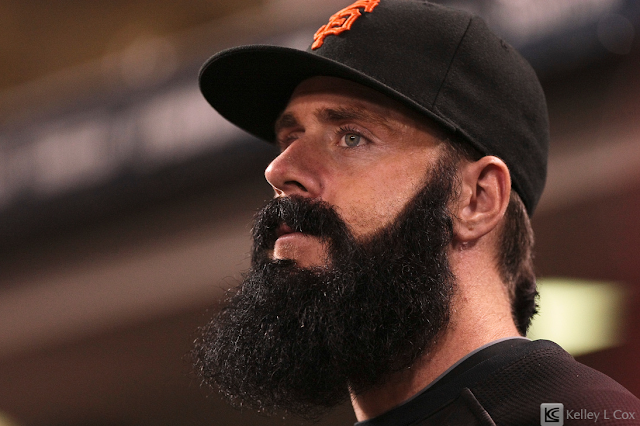 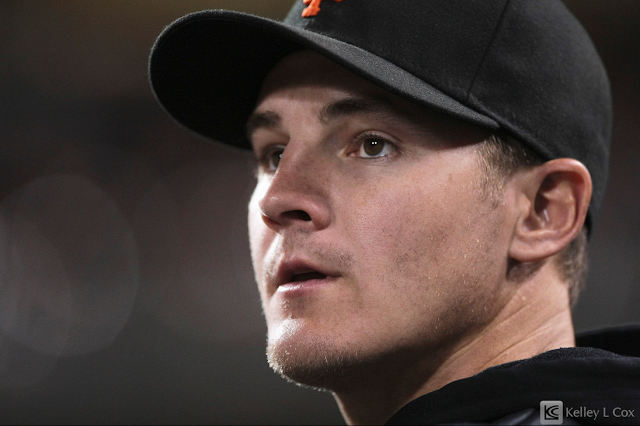 Even if sometimes they are making crazy faces. 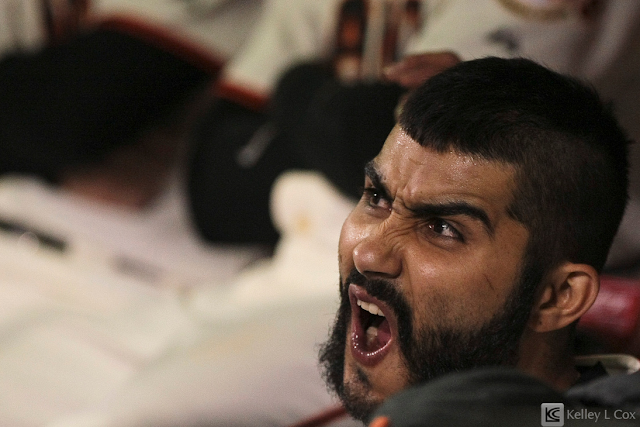 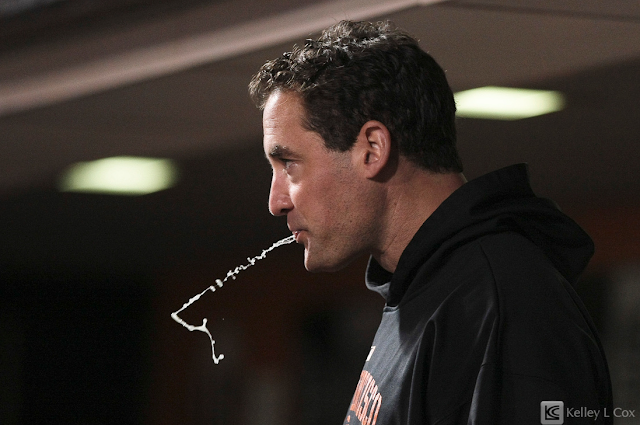 But Pablo Sandoval is a guaranteed fun photo on and off the field. 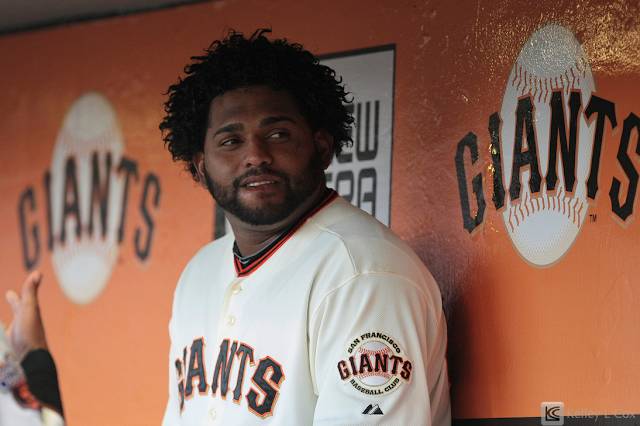 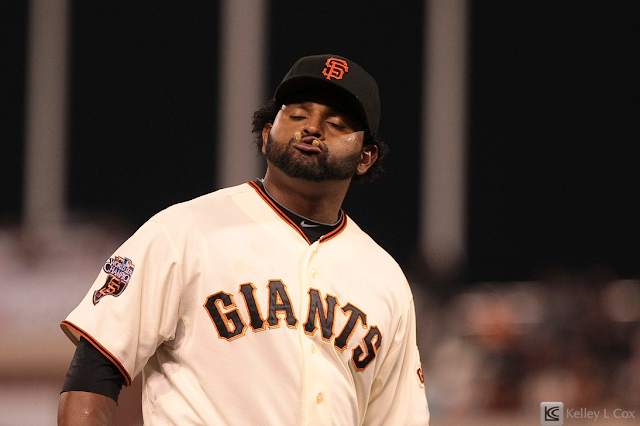 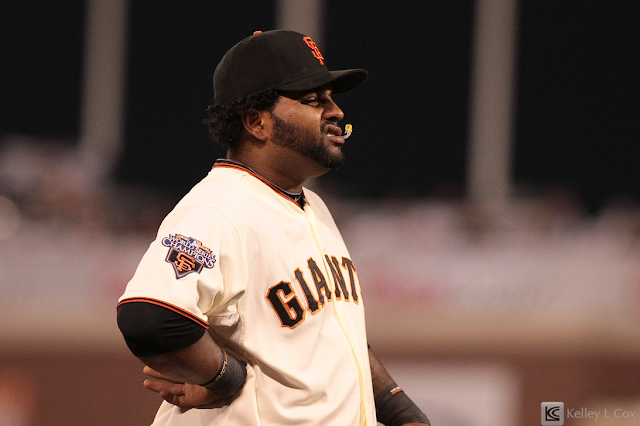 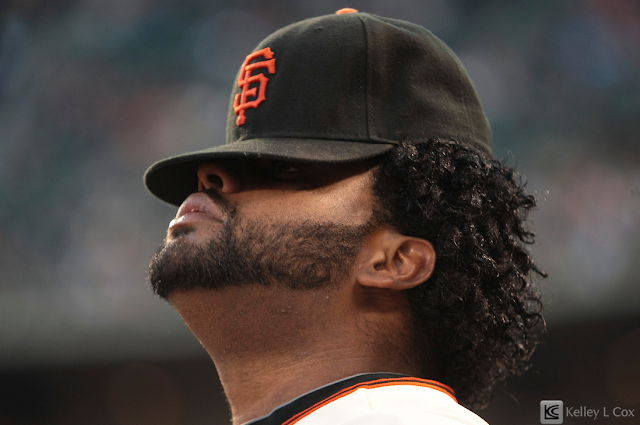 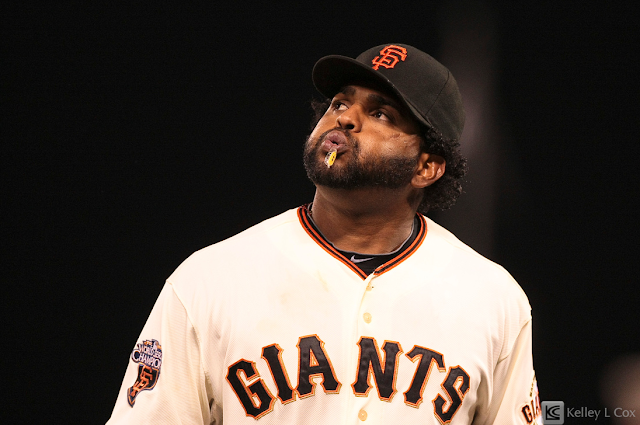 He also sealed up the game with a three run home run as the Giants defeated the Padres 8-3. 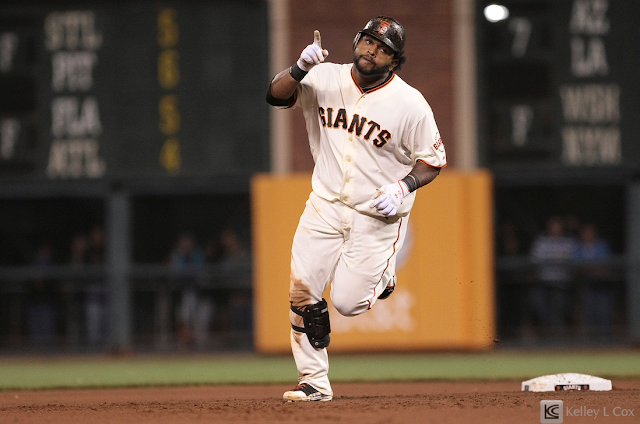 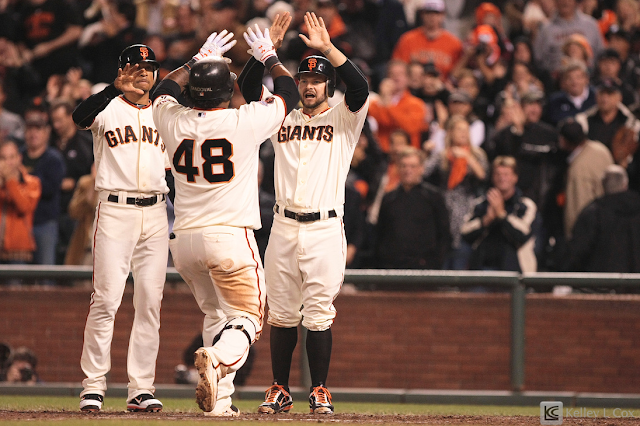 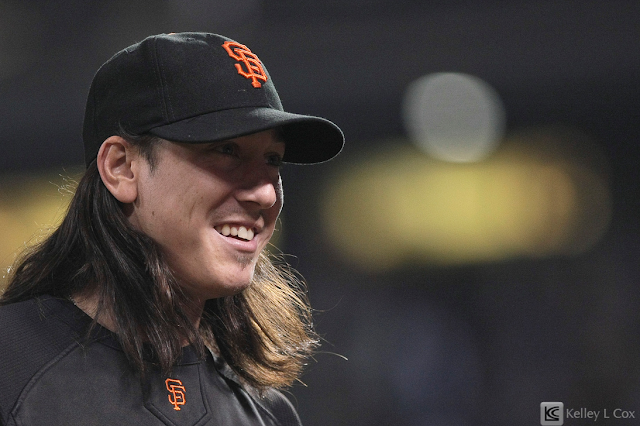 I was happy for Sandoval's hit and score, but sad that it was off Padres pitcher Drew Carpenter who went to my high school. Who ya rootin for? Vaca! High! School! 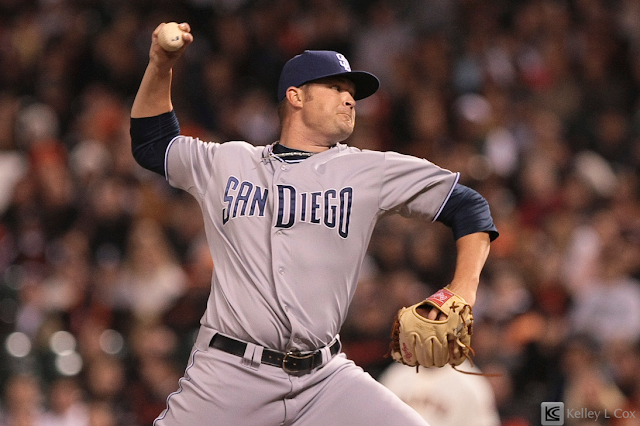 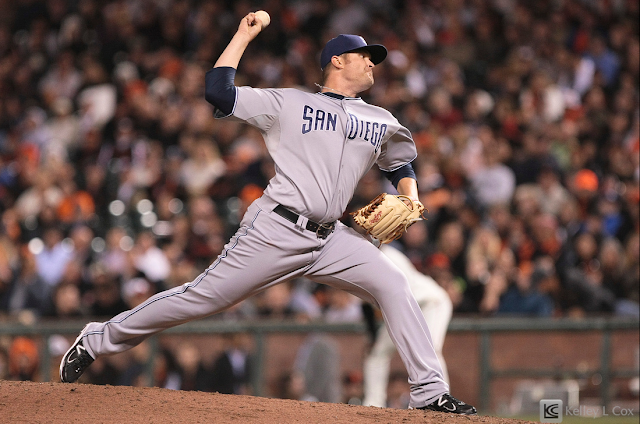 As the game went on, Nhat Meyer messaged me that he was getting hungry... but then later saw him across the way, very happy to have graham crackers from Ezra Shaw haha... this is how we entertain ourselves. 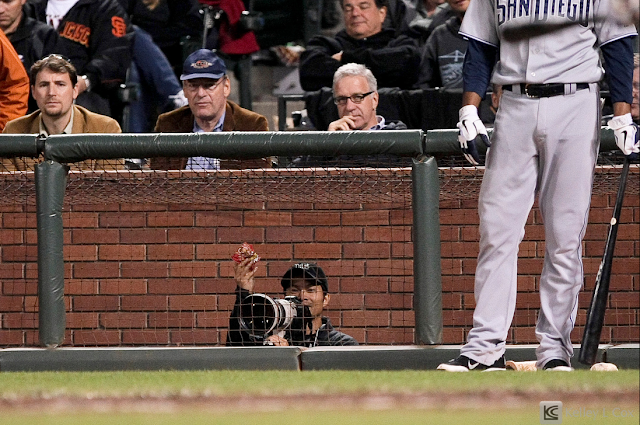