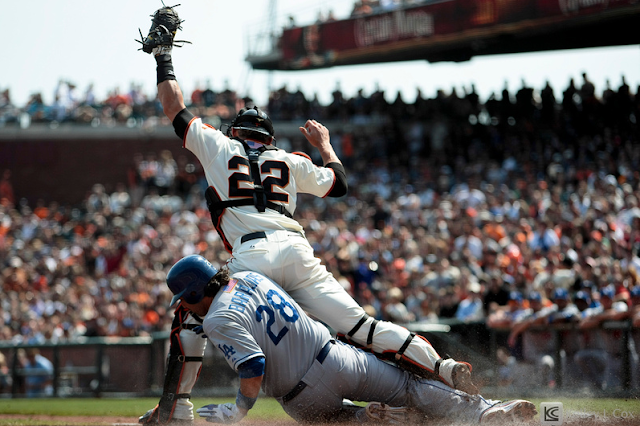 After a fun time volunteering again with the CAA Scholarships early this morning, headed over to AT&T Park for the match up between the Giants and the Dodgers. Just to touch on the game - Giants defeated the Dodgers 8-1, an amazing offensive effort, where literally runs were being walked in. 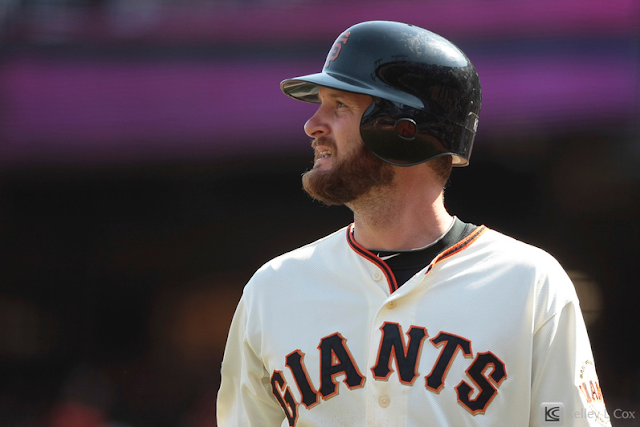 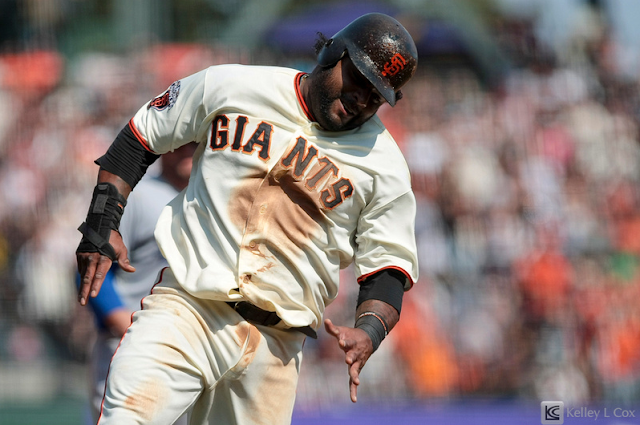 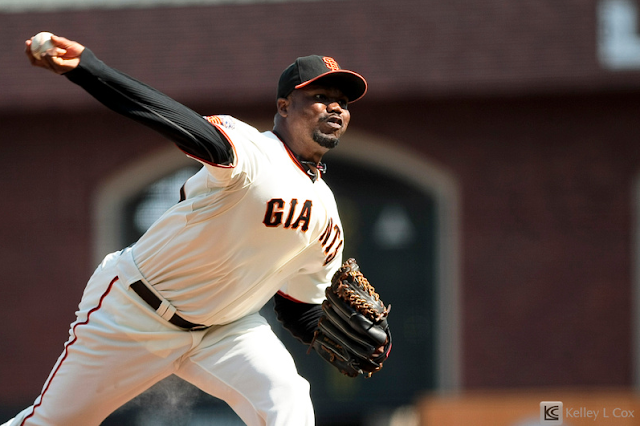 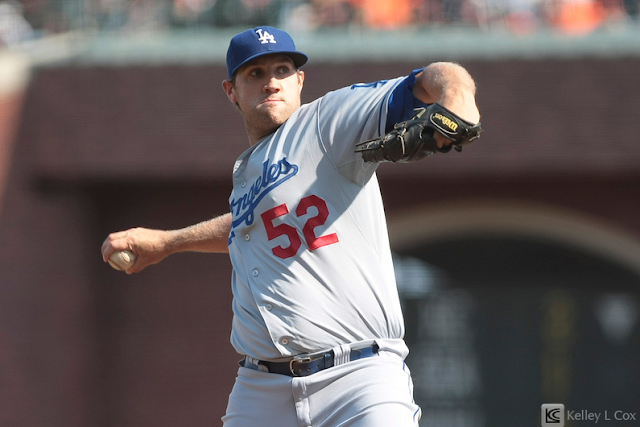 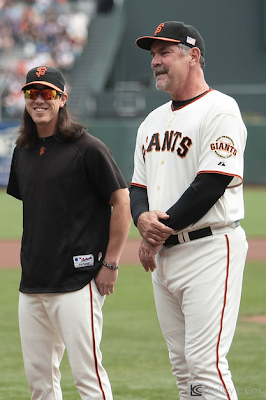 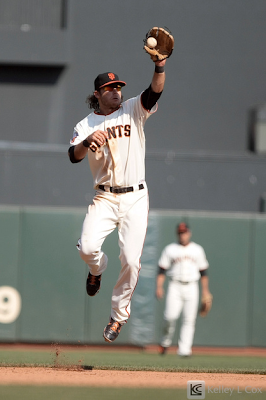 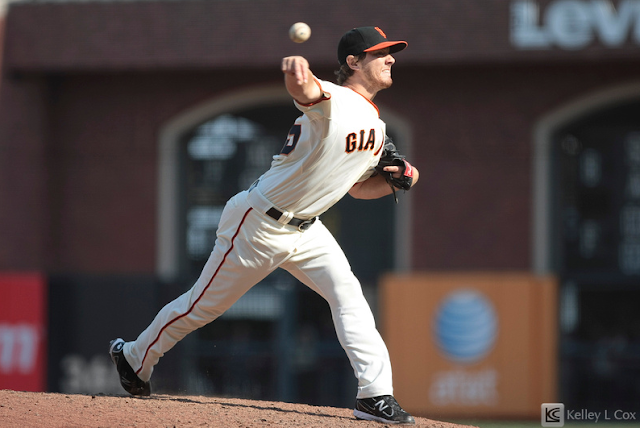 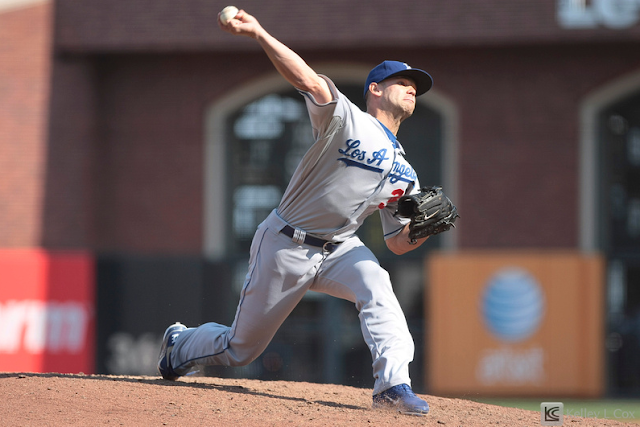 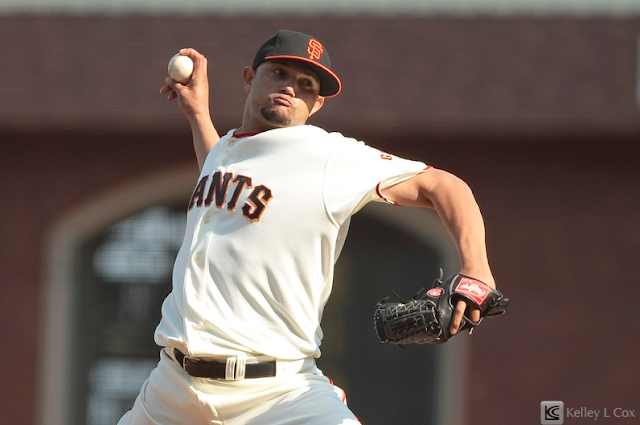 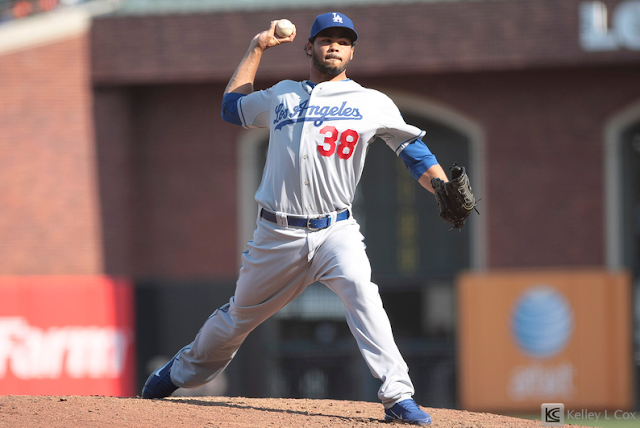 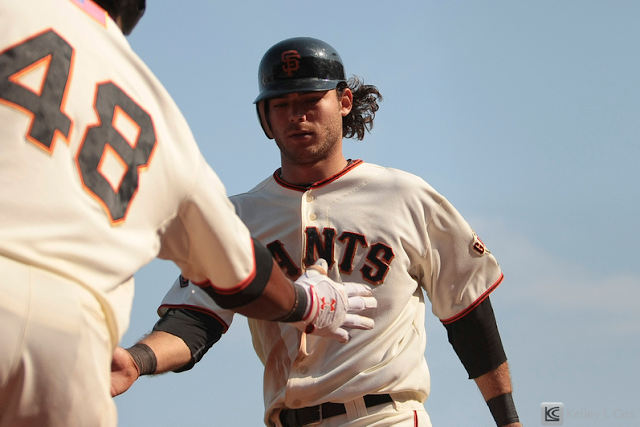 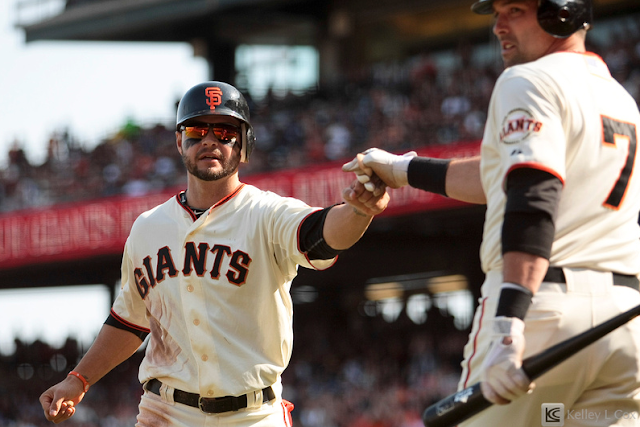 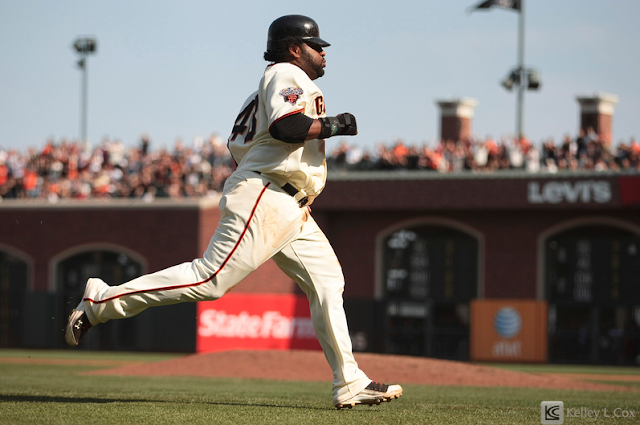 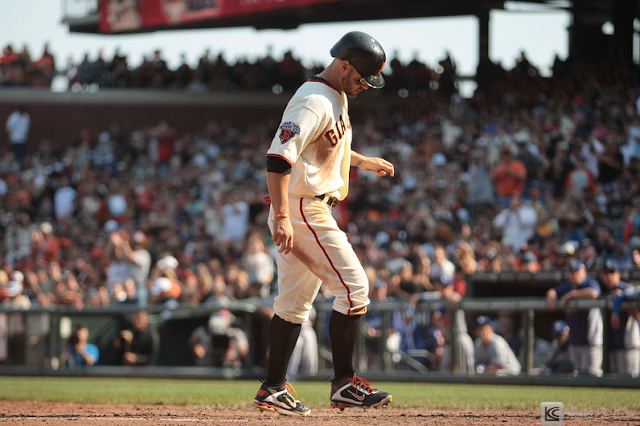 But this afternoon was about much more than the game, as we pay tribute to mark the 10th anniversary of the attacks on September 11th, 2001. Sgt. Jerry Darcy performed the National Anthem, with a flyover, while a large American flag was displayed on the field. 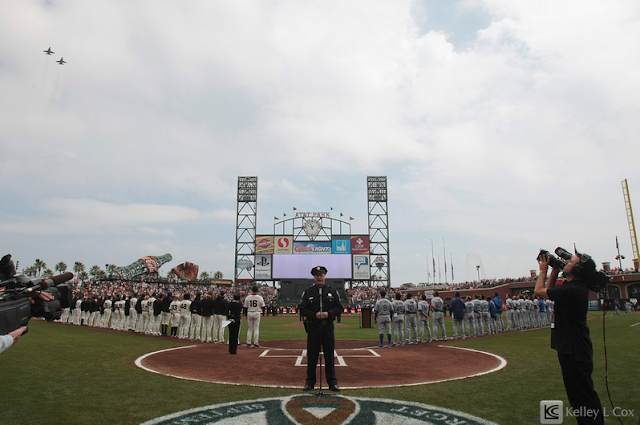 Paying tribute to those who gave and lost their lives in the attacks and aftermath and acknowledging current and local pilots, flight attendants, police officers, fire fighters and deputy sheriffs. 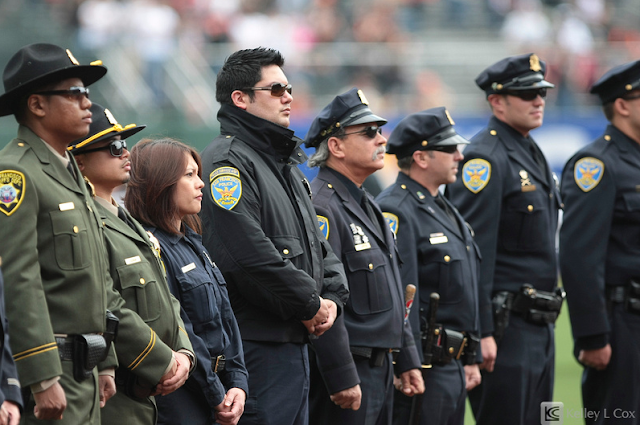 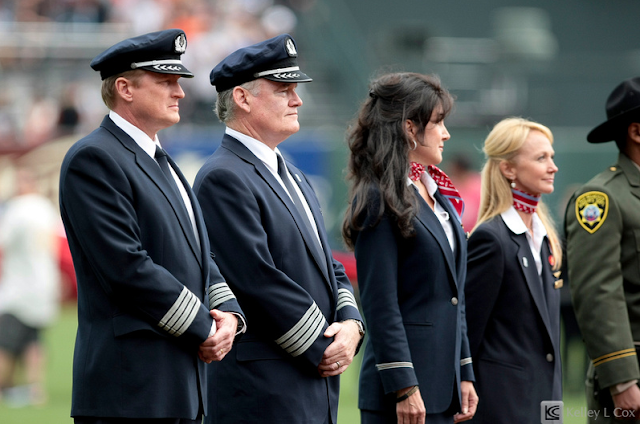 Though normally there is a ceremonial first pitch, today, a ball was left on the pitcher's mound. 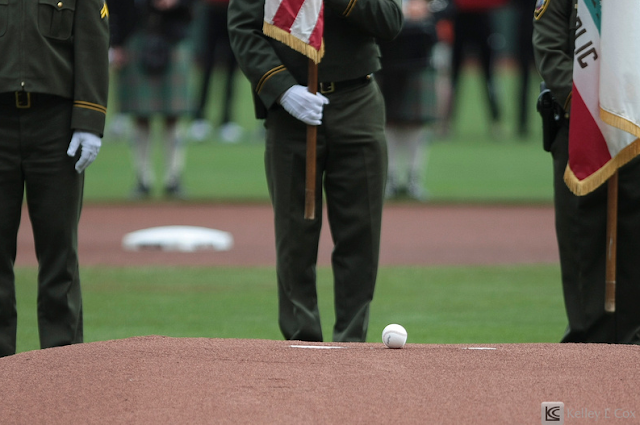 Giants also handed out cards which on one side had an American flag, and on the other, the name of someone who died on that fateful day. These were held up during a moment of silence, and again in the 7th inning stretch to God Bless America. 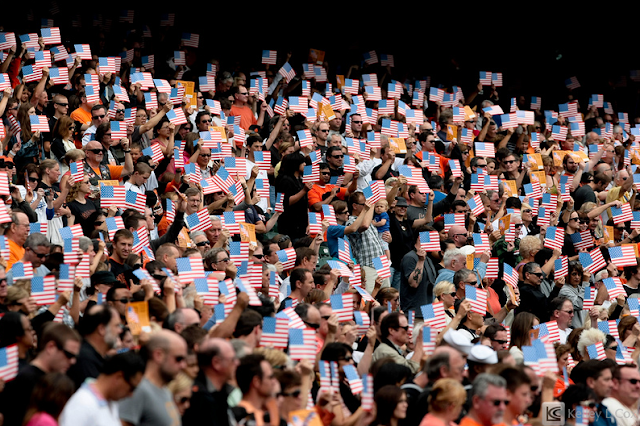 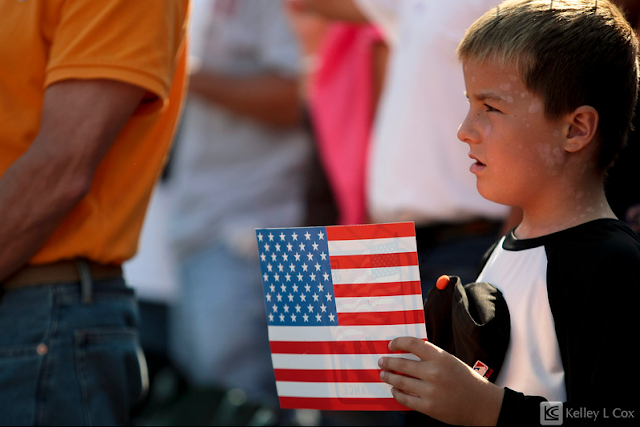