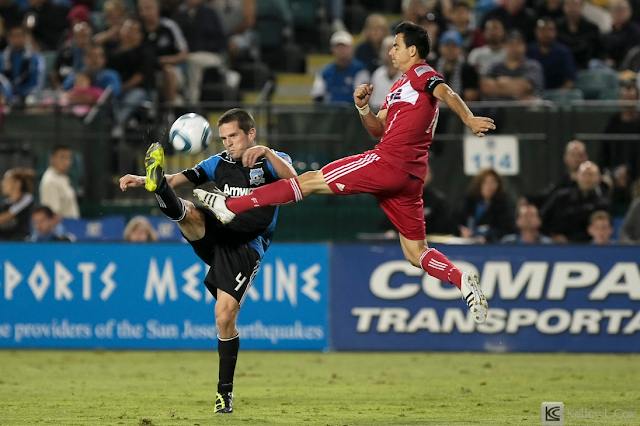 Headed over to Buck Shaw Stadium for the Quakes vs Chicago Fire. 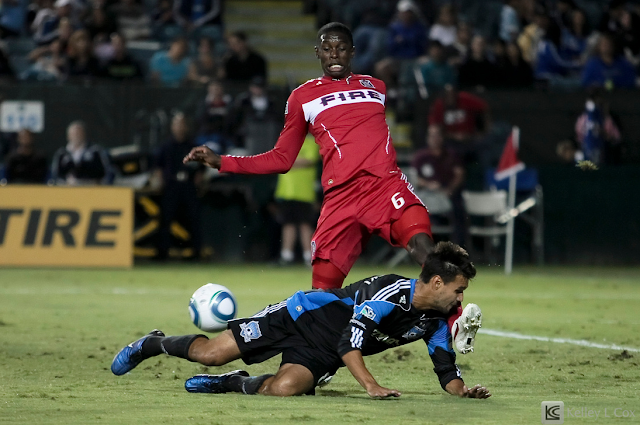 Quakes came out strong with an early goal in the tenth minute by Chris Wondolowski. 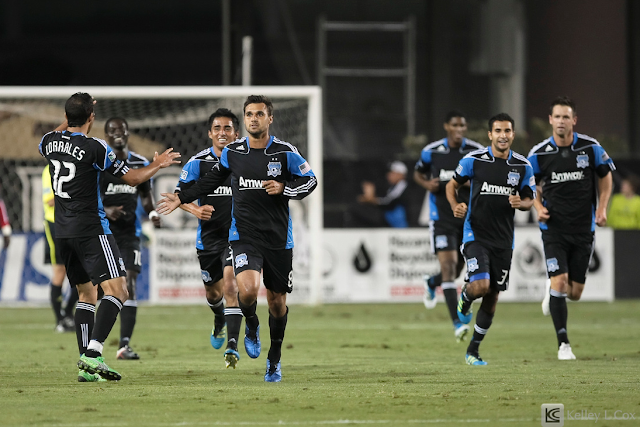 Defense held onto the score with a great (as always) effort from Jon Busch, wearing a protective mask after a facial fracture, ouch! 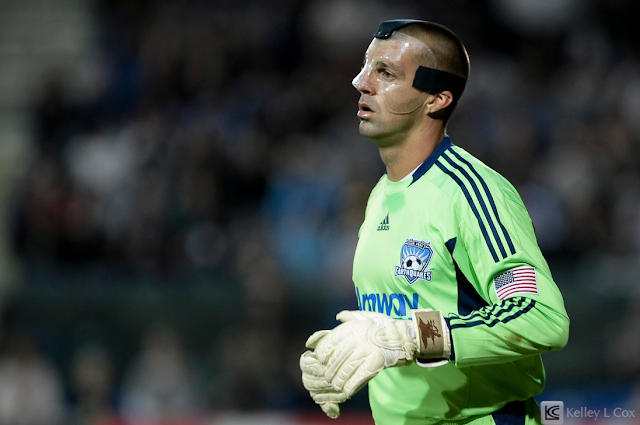 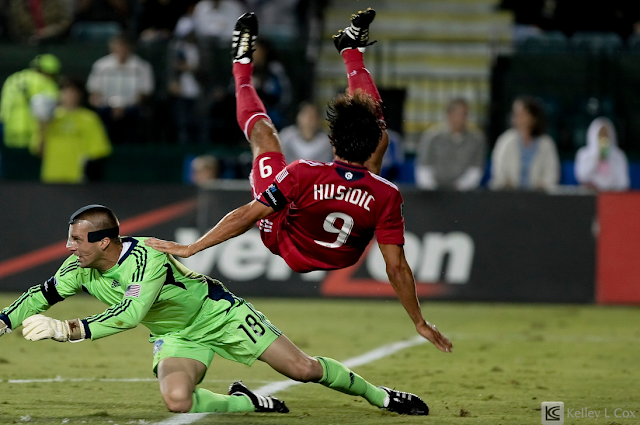 And he was appreciating his back line of Jason Hernandez, helping protect the goal. 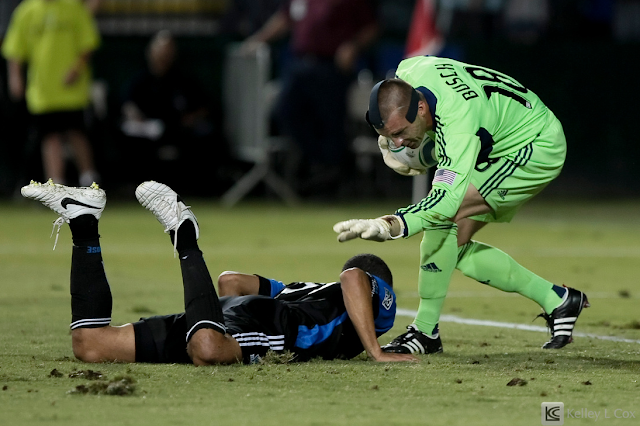 Second half, became intense with Quakes trying to seal the victory and Fire trying to prevent it. Yellow card was issued to Dan Gargan for dissent after a call. 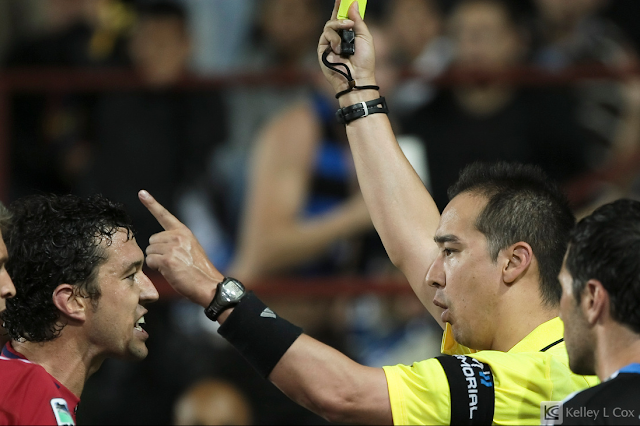 But I think he was just trying to tell the referee how much Ffffffun he was having ;-) 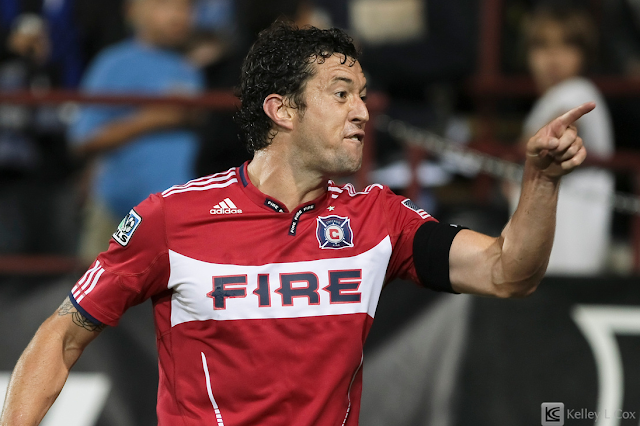 Fire's Sean Johnson blocked a Wondo PK and came up with some big time saves throughout the game. 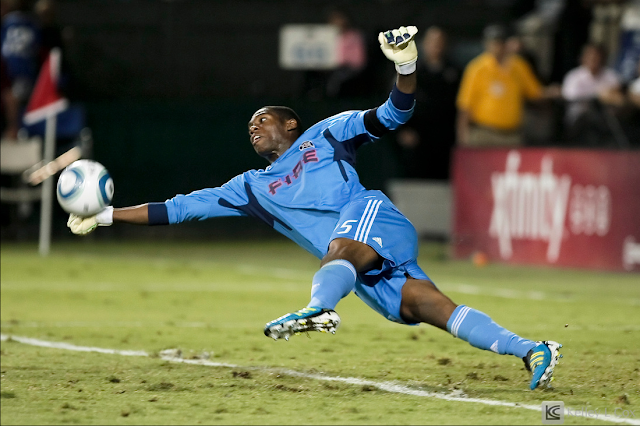 But it wasn't enough, as Ramiro Corrales scored in the 69th minute with assists from Wondo and Rafael Baca. 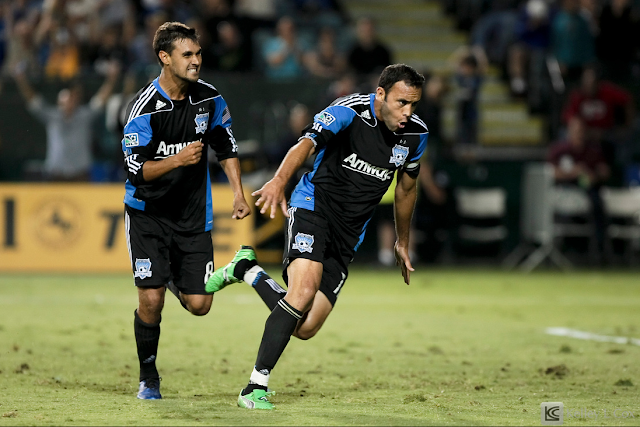 They all celebrated together. 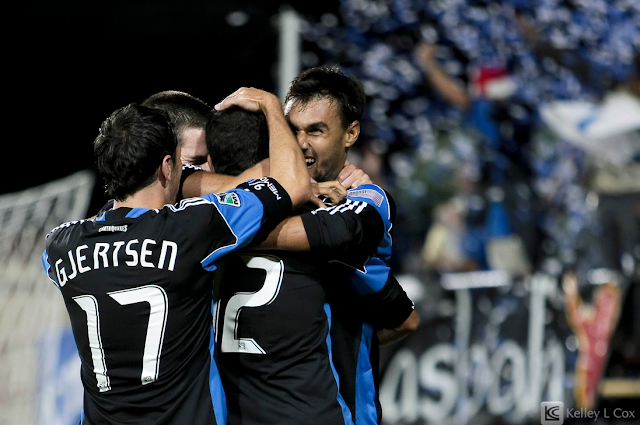 Then Khari Stephenson, decided to join the party, up top! 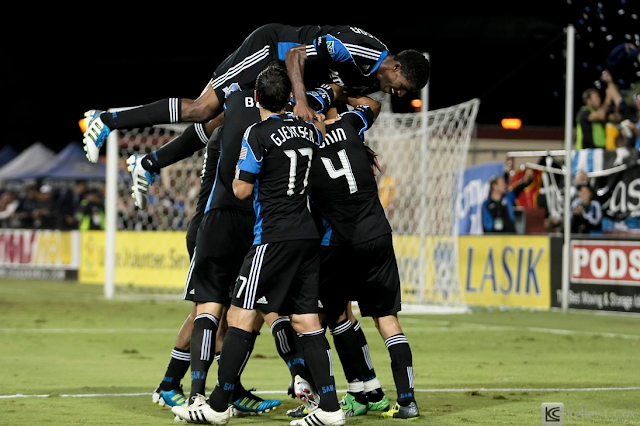 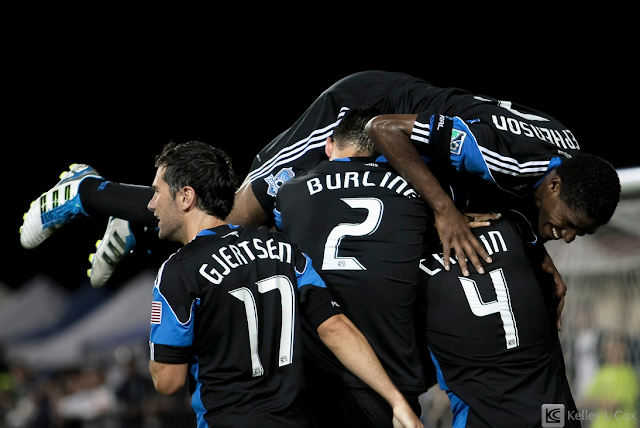