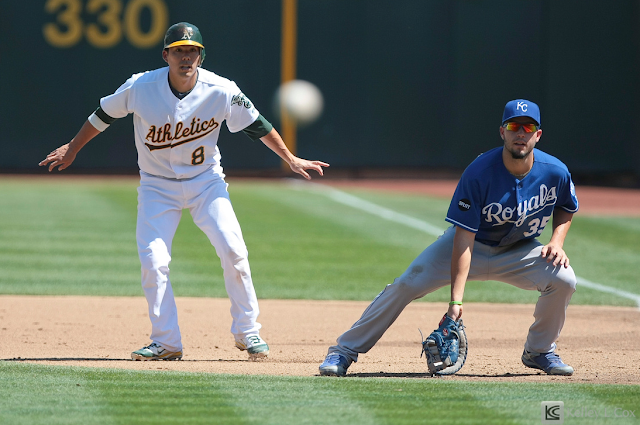 Headed over to the O.co Coliseum for a beautiful summer day in September! That's the bay area for ya, freezing all summer and gorgeous in the fall! 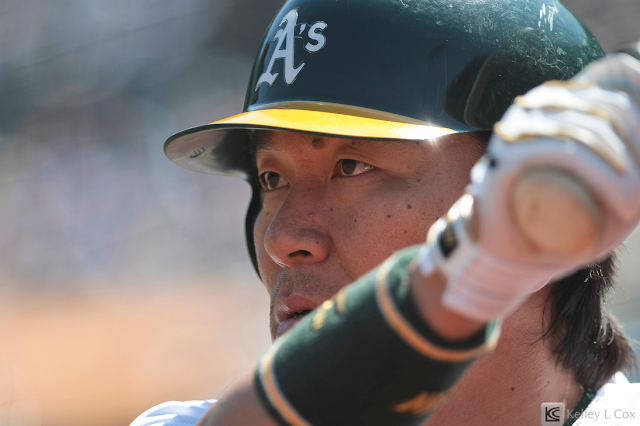 A's started with Guillermo Moscoso on the mound. 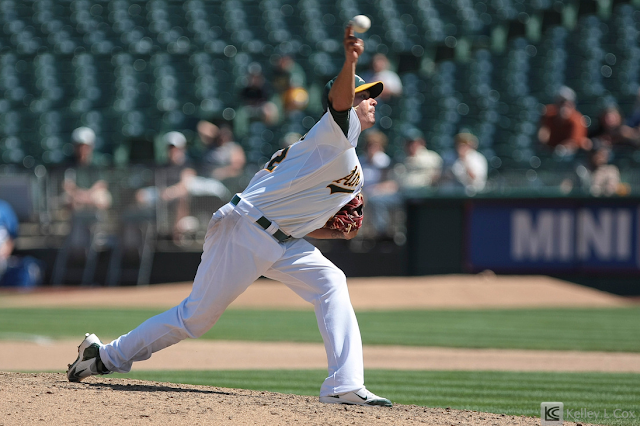 And Royals started with Bruce Chen. 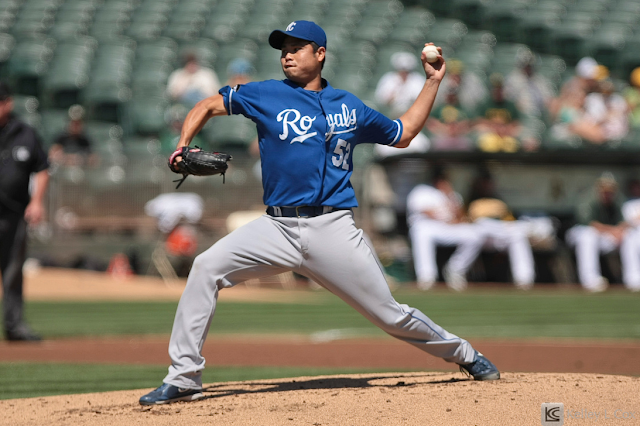 It was also the first game for me to photograph A's call up Michael Taylor. 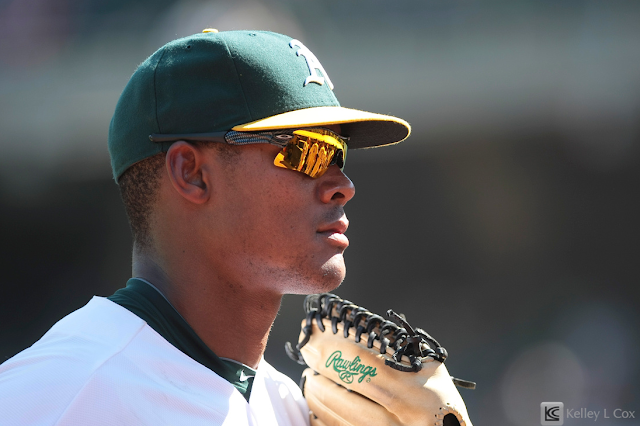 Jemile Weeks tried to get a run in the first, but to no avail, as he collided with catcher Salvador Perez. 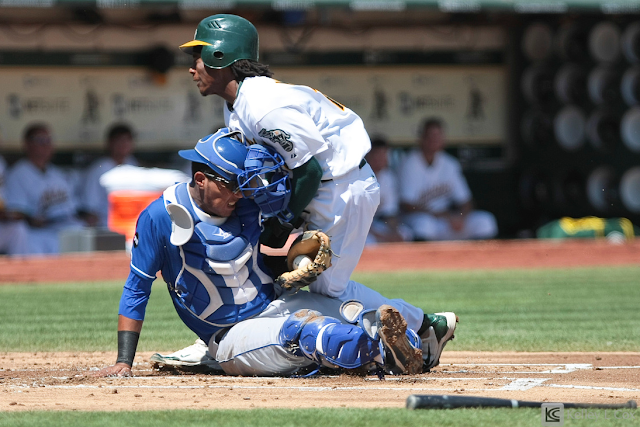 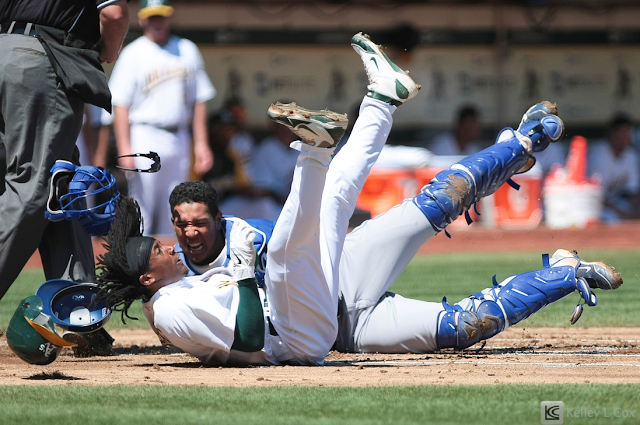 Perez was shaken up but thankfully both were ok. 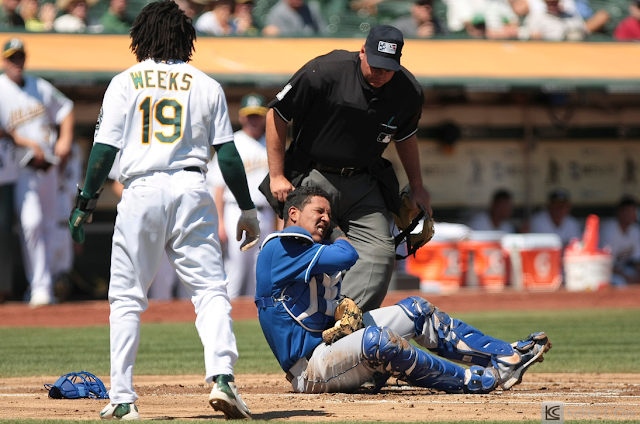 The game went on and A's were able to score some runs... seven to be exact. But the story was Guillermo Moscoso pitching into the eighth without any Royals getting hits. Though no one on the field was speaking of it, everyone knew that Moscoso was on track to do what has happened just 272 times in the past 136 years of major league baseball. 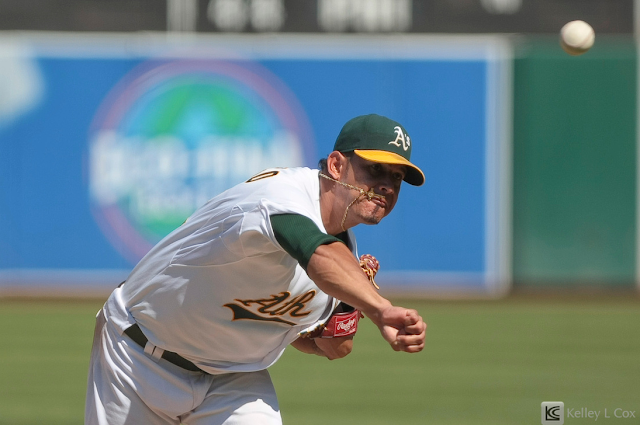 The other photographers and I were discussing where might be the best place to get a good visual angle on the final pitch, celebration, etc. Not too easy when the background of fans has three fans. 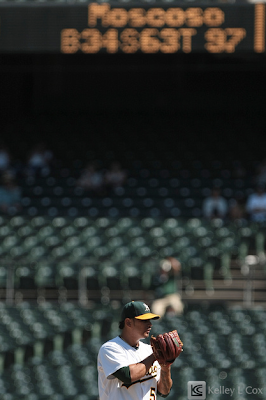 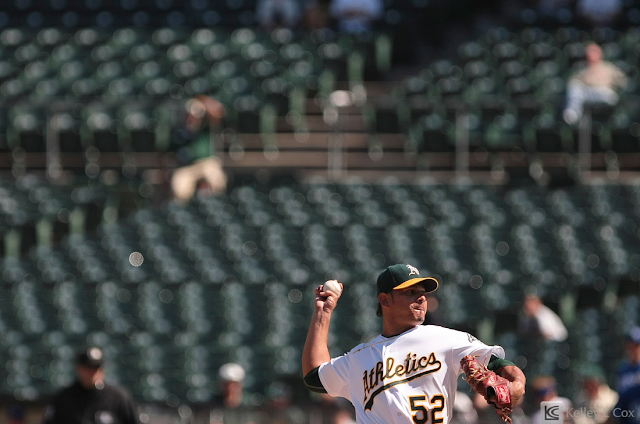 But then with four outs to go, Salvador Perez got on base, and just like that Moscoso lost his chance at history. 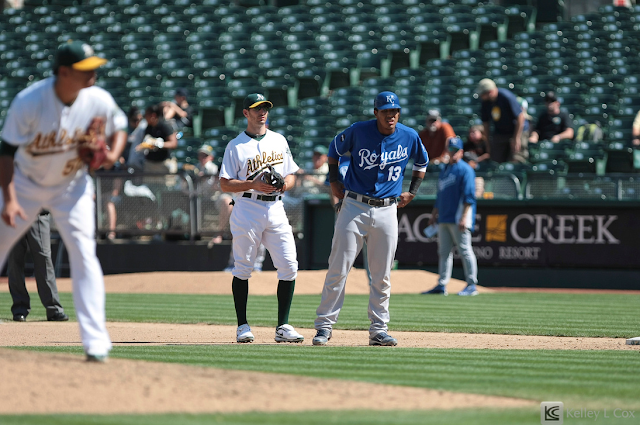 But quickly ended the inning with a nice catch and roll by Josh Willingham. 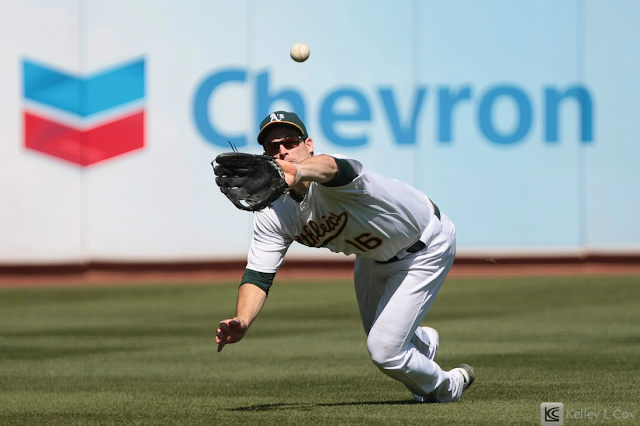 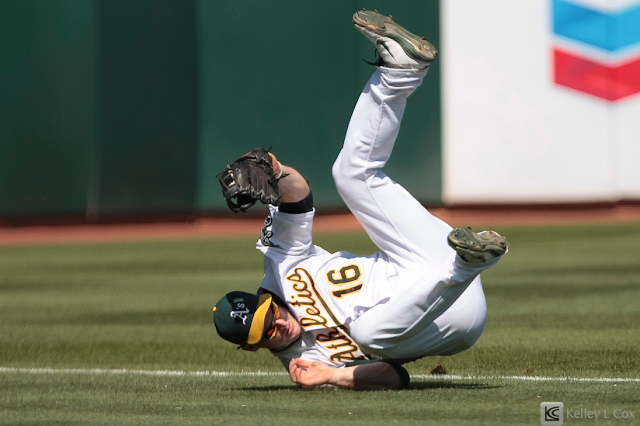 Then in the ninth after a throwing error, another batter got on base. I'm not sure if one hit away from a no-hitter is more painful than two hits away. Although we all wanted to see Moscoso finish the game, his pitch count was already at 129, and Coach Bob Melvin, with some reluctance from Moscoso, replaced him with Fautino De Los Santos, to avoid injury to Moscoso in just his 18th career start. 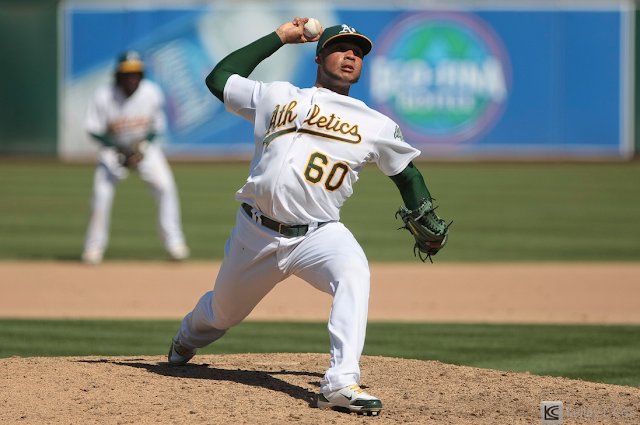 A's won, an amazing 7-0, but the celebration was minimal because everyone was bummed Moscoso couldn't put a no-hitter in the history books. Though it was still an awesome showing for someone who was considered a depth player. 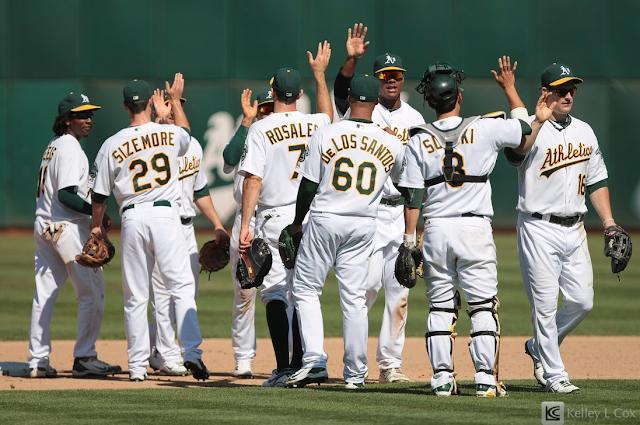 Though I'm a bay area girl, I did appreciate how nearly all the Kansas City starters signed a ball for a kid who is a bay area KC fan, plus KC are my initials, so there is a soft spot in my heart for the Royals. 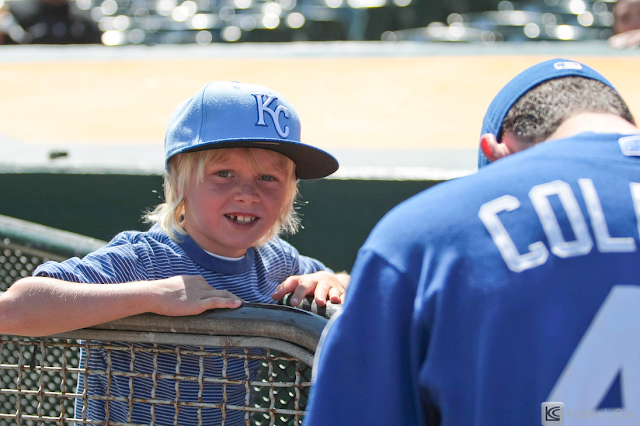 I also liked when Mike Moustakas's glove shadowed his face to perfectly look like facial hair... couldn't have timed it better if I tried! =) 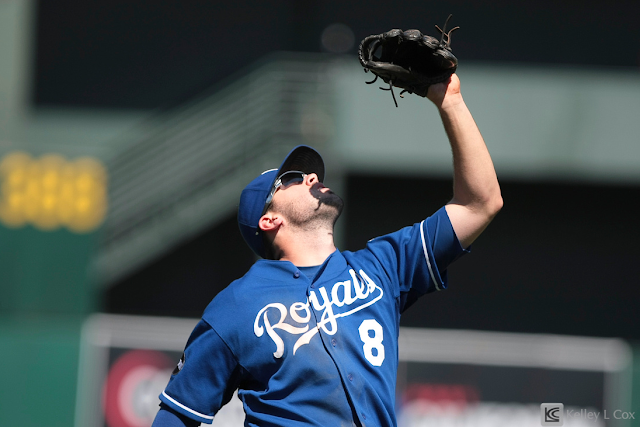