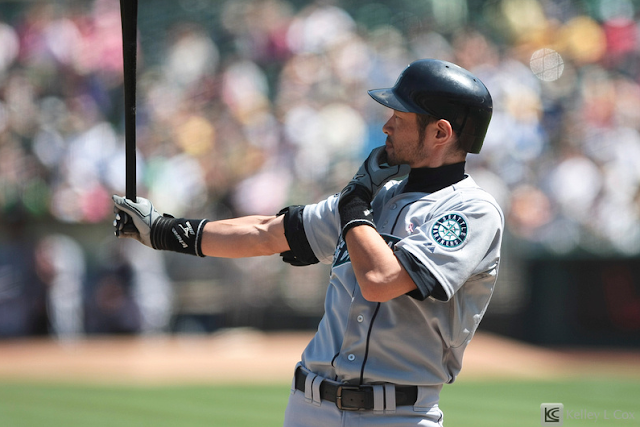 Headed over to O.co Coliseum for the A's vs the Mariners. It was Breast Cancer Awareness Day at the coliseum, with over 600 breast cancer survivors on the field before the game, releasing doves and then their balloons. 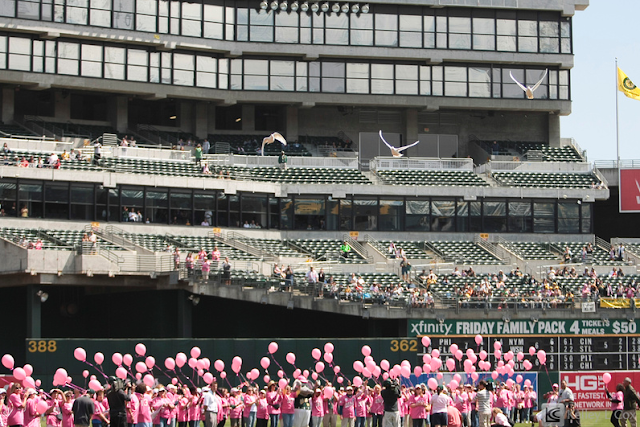 As they walked onto the field some even took the opportunity to touch David DeJesus while he was warming up, haha. 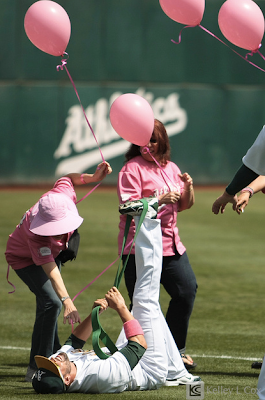 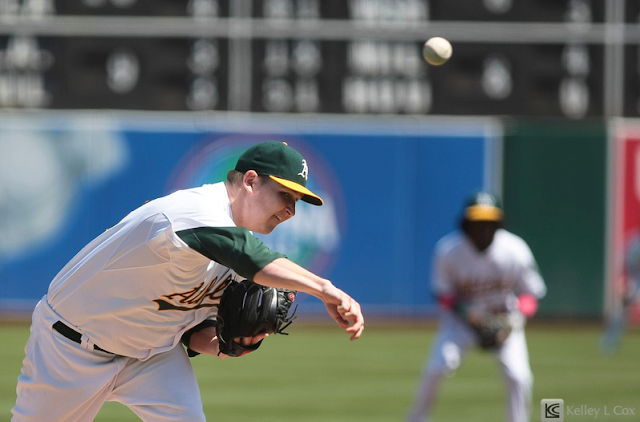 While the Mariners put Blake Beaven on the mound. 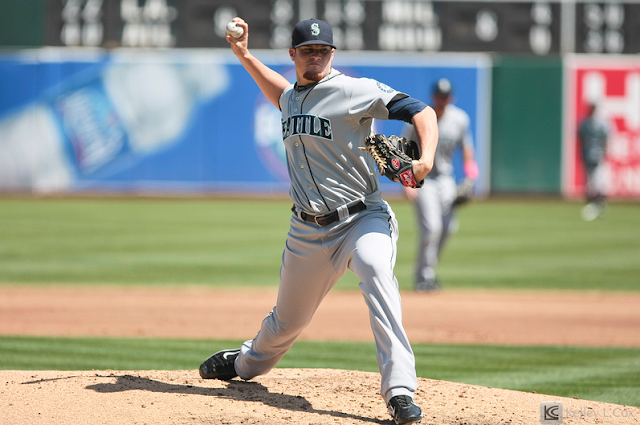 Brandon Allen had a nice double. 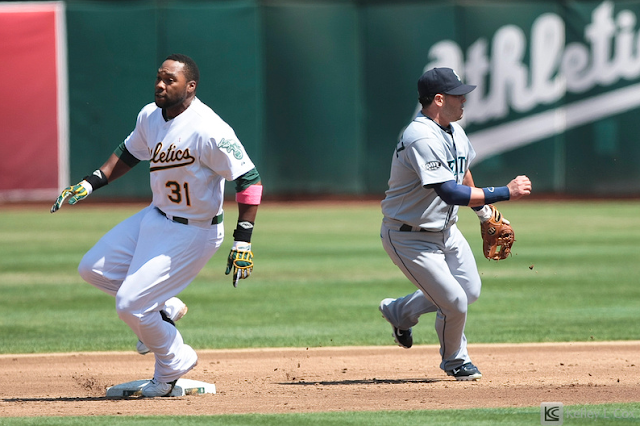 But Hideki Matsui hit three doubles, one which Bob Melvin argued should be considered a home run. 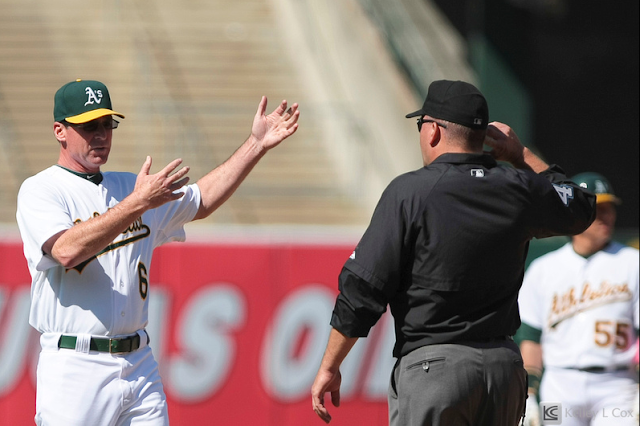 But Matsui's most exciting play was his slide home. 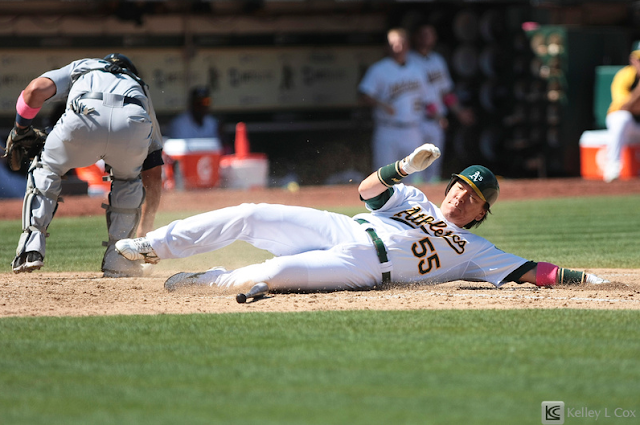 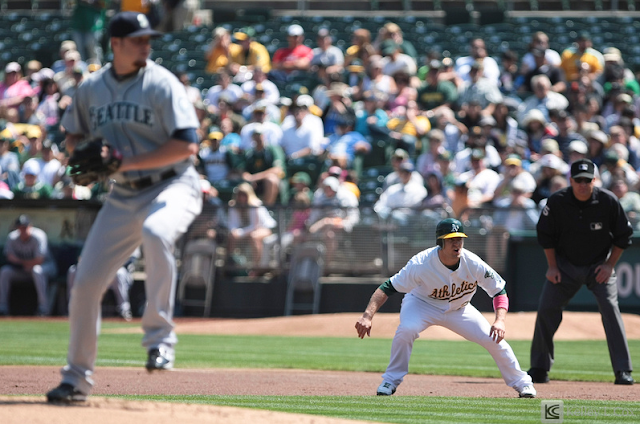 To an insult to injury.. Mariner's Casper Wells went down with a hit by pitch. He was able to walk to first though...what a tough guy! 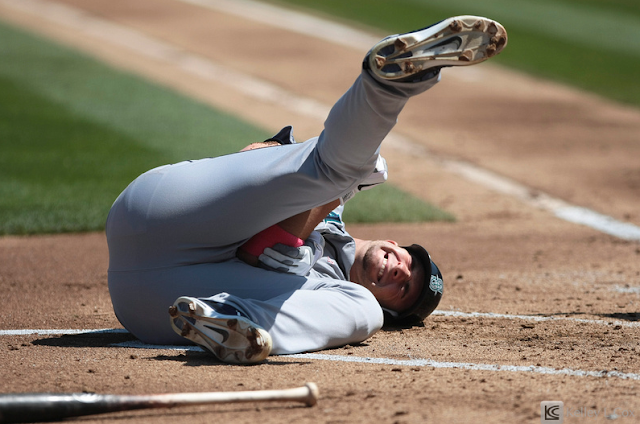 and Franklin Gutierrez later left the game after injuring himself on the swing. 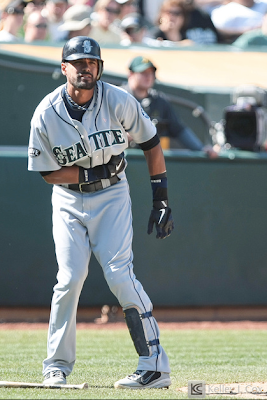 It's crazy to see how pitchers contort themselves in the wind up and pitch, like Fautino De Los Santos. 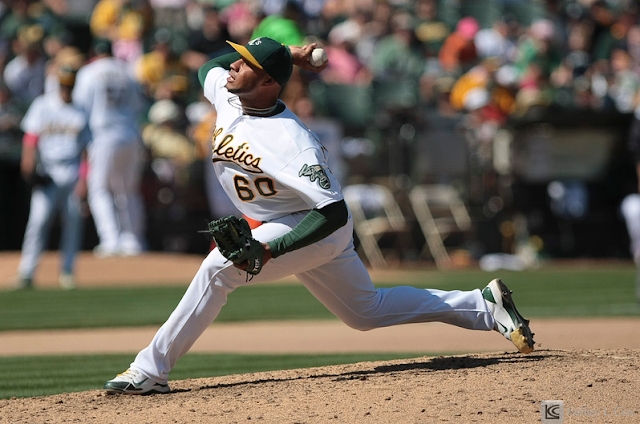 But also crazy to see the angle after the follow through... how they stay standing after a pitch, I don't know! 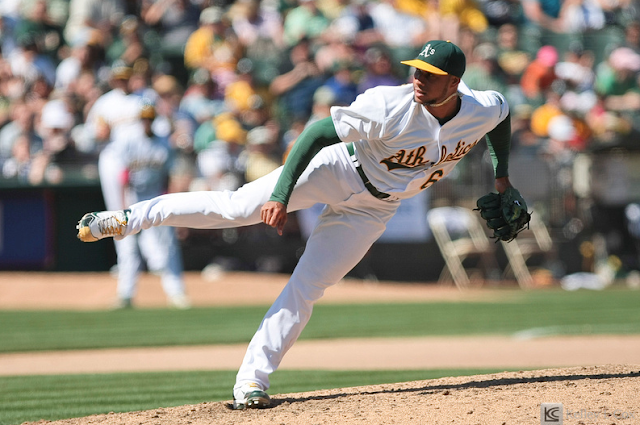