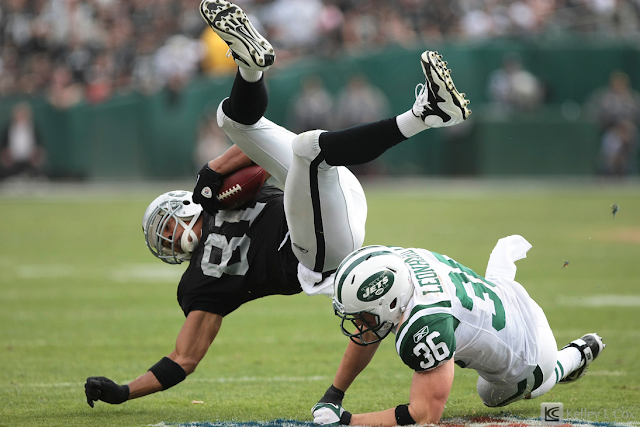 Headed over to O.co Coliseum for Oakland Raiders vs the New York Jets. 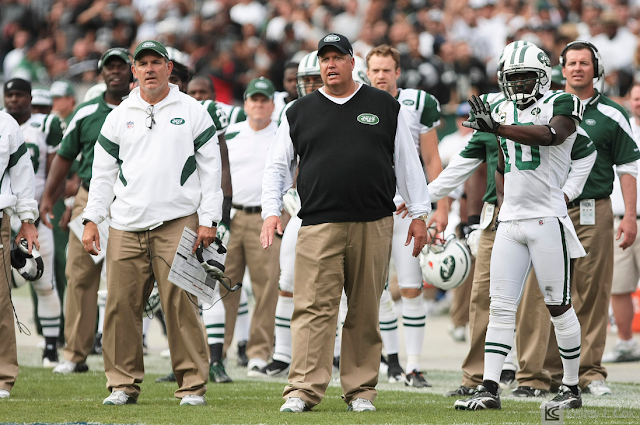 After two pre-season games, this was the first regular season NFL game I've photographed, and they gave me an exciting one! 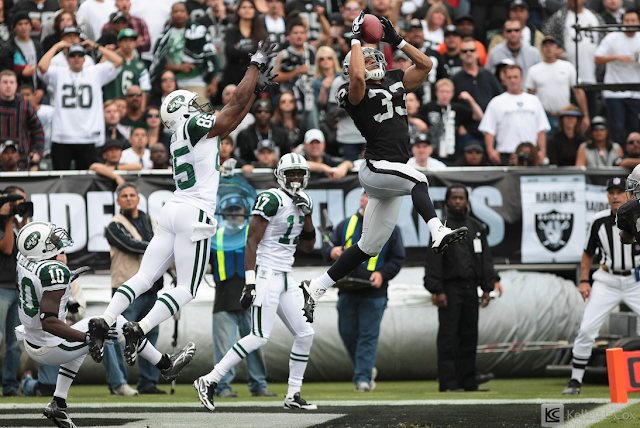 Started with the usual pre-game warm up shots of the quarterbacks. Mark Sanchez. 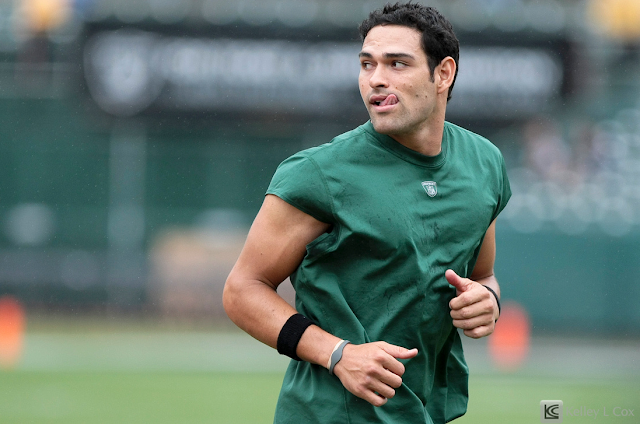 Then the second round of pre-game where they were actually in their helmets. Jason Campbell. 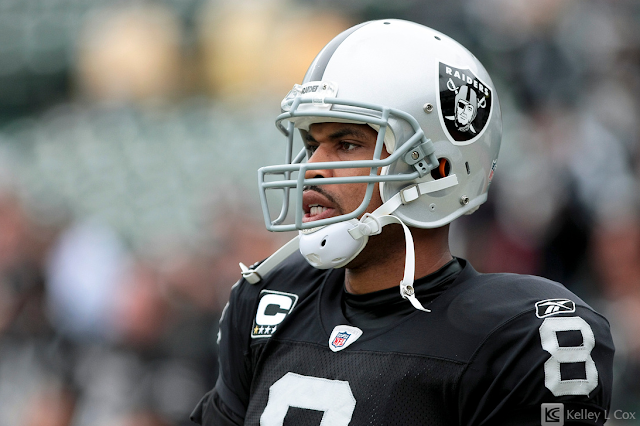 But nothing beats the intensity of in game shots. 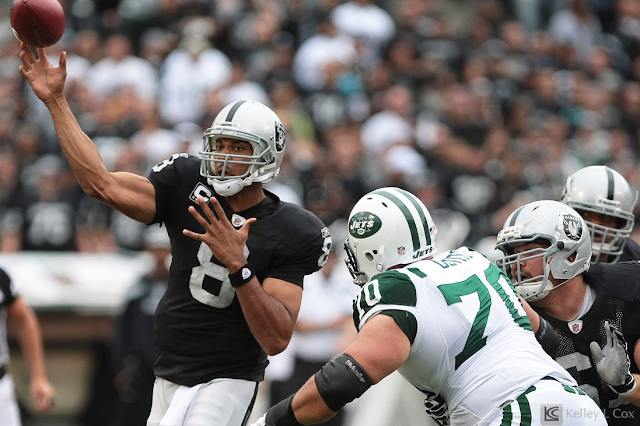 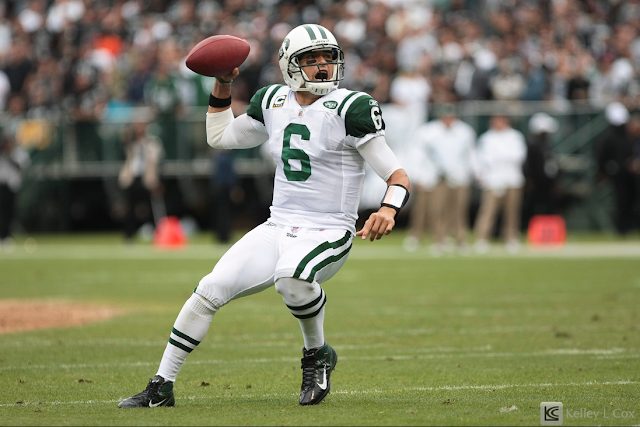 Raiders got off to a great start with what became the Darren McFadden show, totalling 171 yards and 2 touchdowns to help defeat the Jets 34-24. 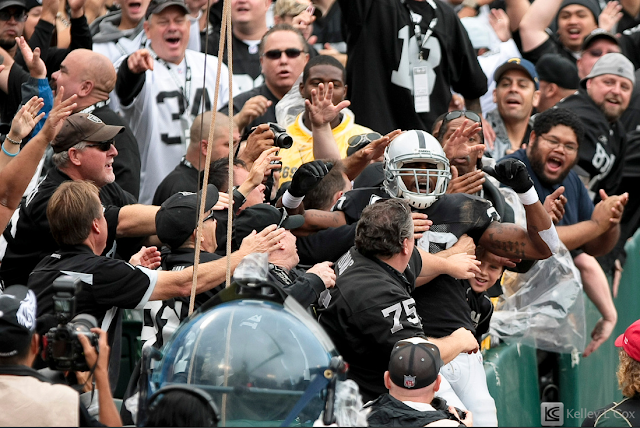 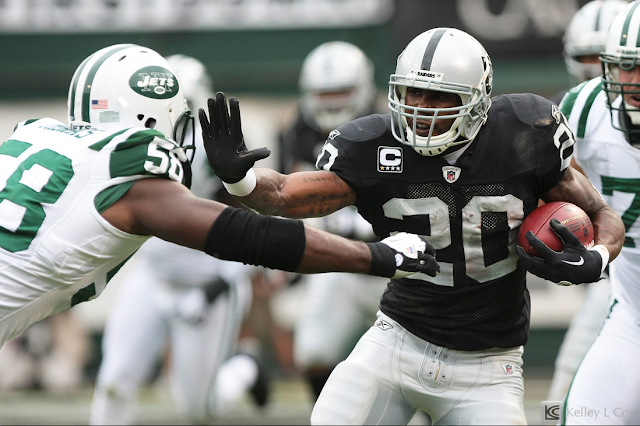 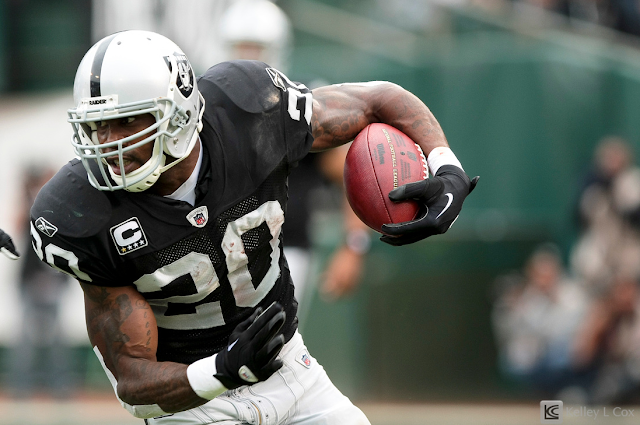 But it was certainly a team effort. 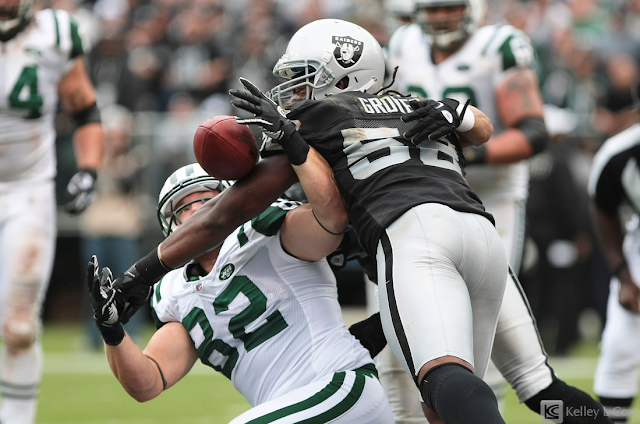 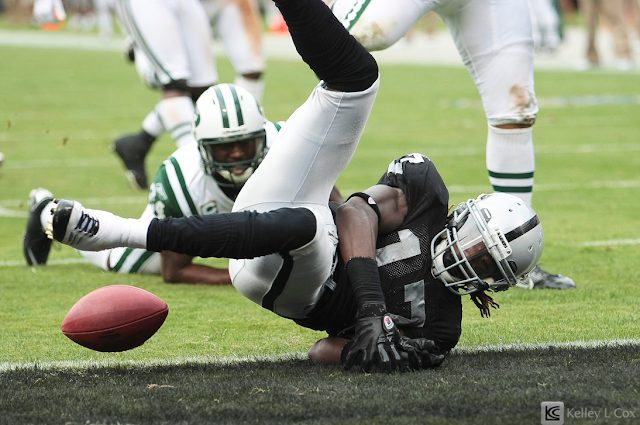 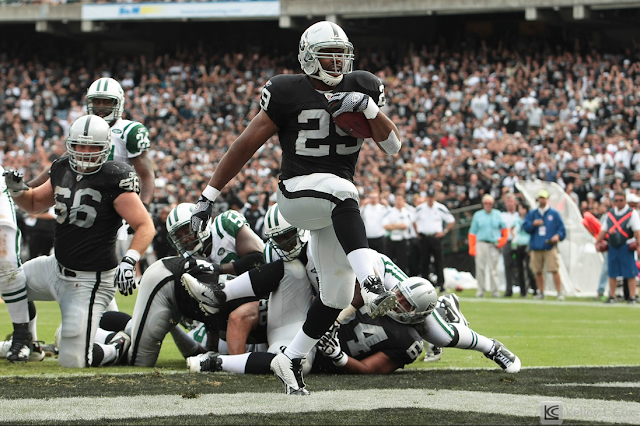 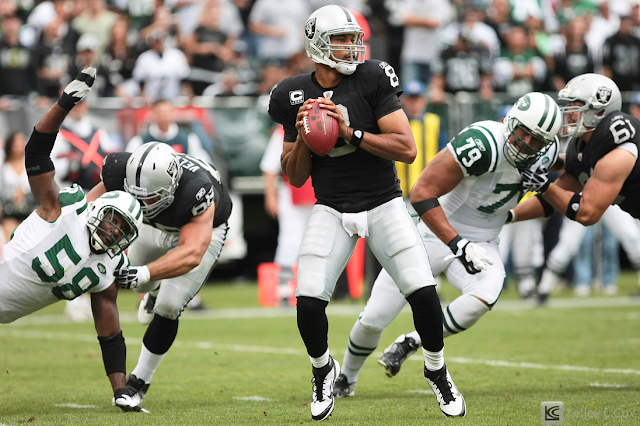 Not to say Jets lacked effort. Especially as Patrick Turner and Isaiah Trufant who both went diving in the endzone to try and stop the punt from going into the endzone. 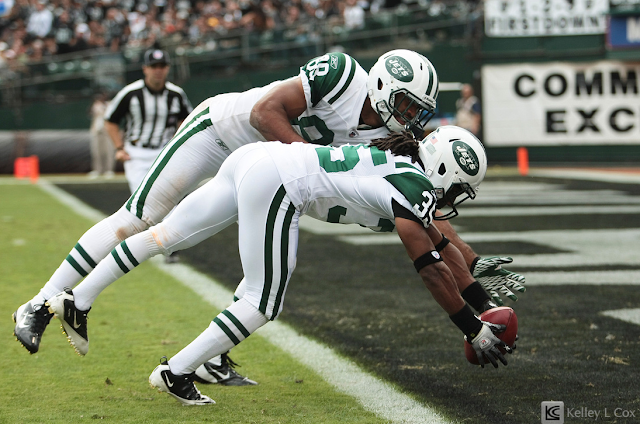 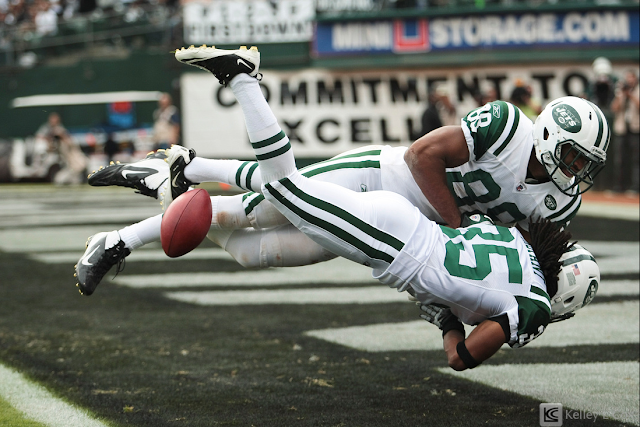 Some people think the Raider fans at the game are scary. 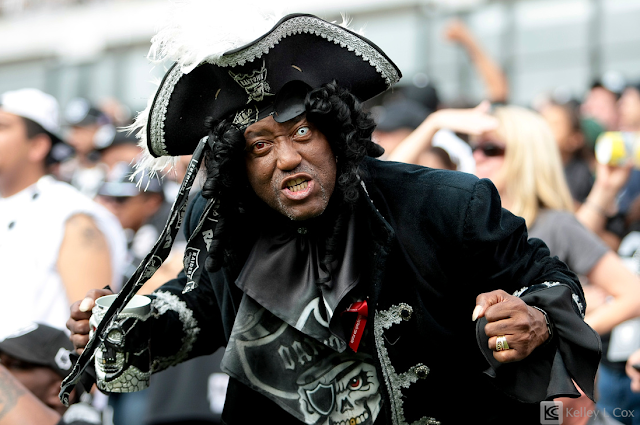 But it's actually a family friendly environment 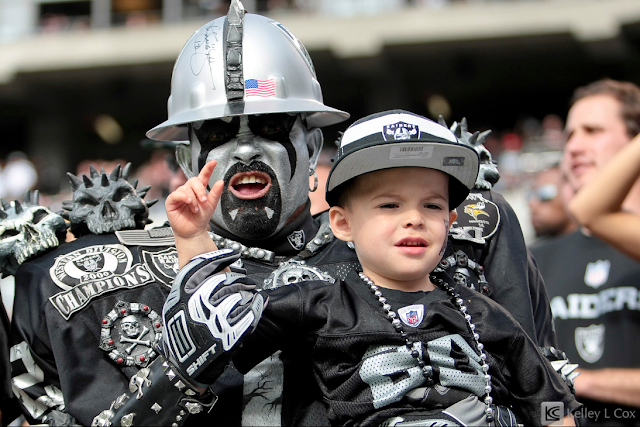 And the players enjoy the game as well! 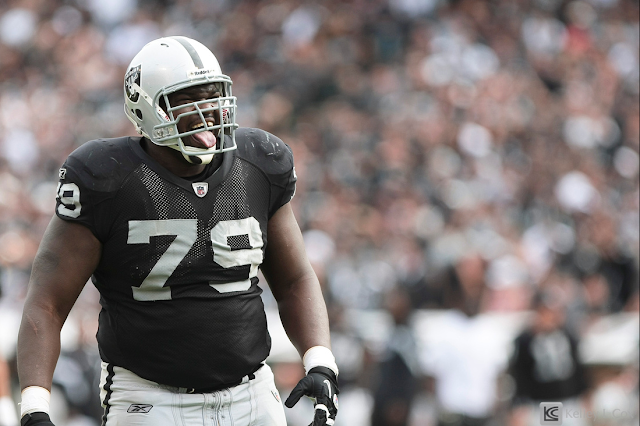 But I will say the Jets had a pretty cool fan at the game. 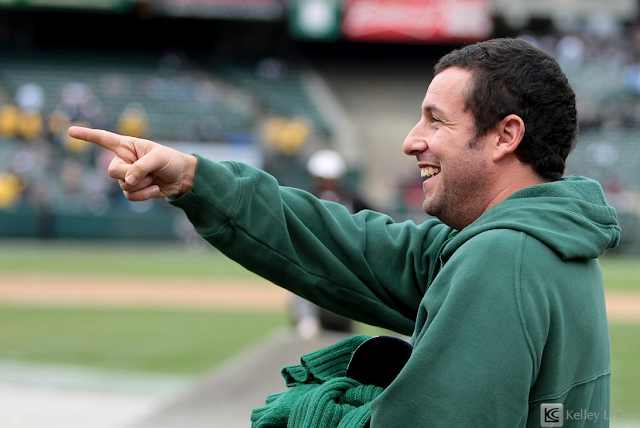 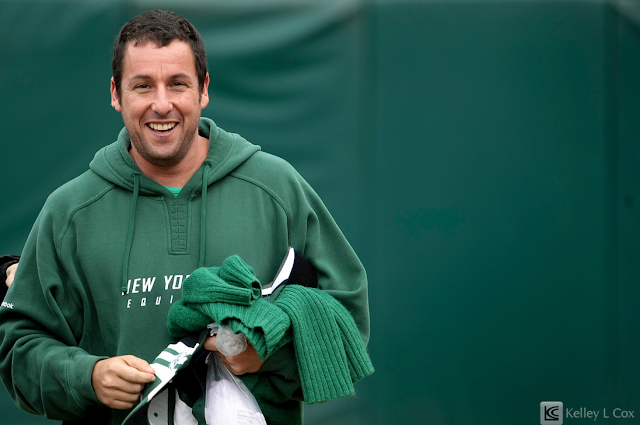 Oh, and here's a cheerleader! 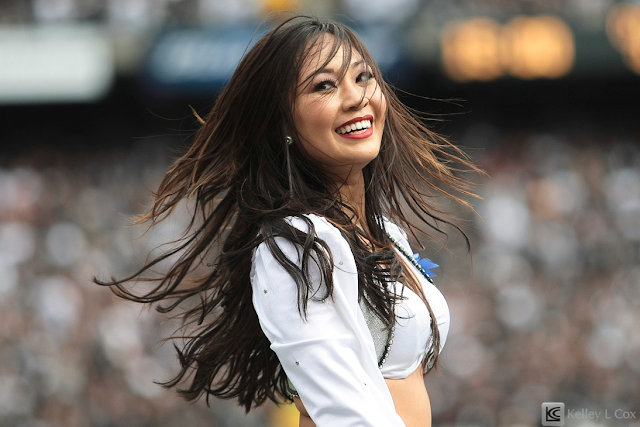