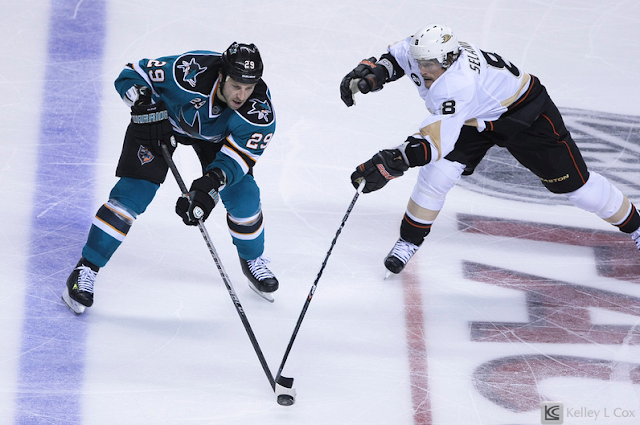 Headed back to HP Pavilion for the Sharks vs the Ducks. 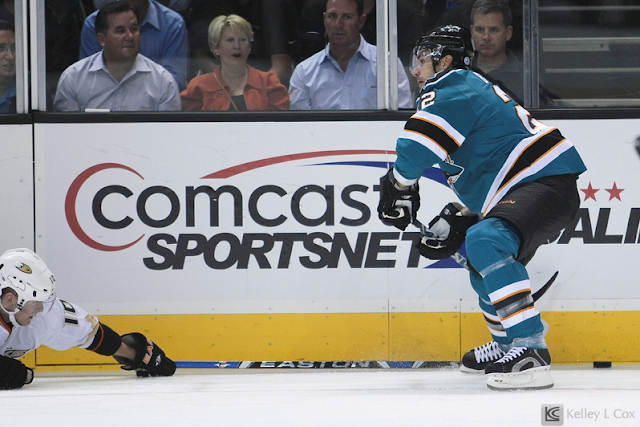 I was able to get an ice hole for the first period by what they call "Sharkhead" because it's the hole where the shark head is lowered onto the ice for the players to skate through. You might remember last game I got a shot of a player coming out of the shark head, but now I was looking to get a different angle on it. With tips from the video crew who were filming the players coming out of the locker room and onto the ice, I was able to get a spot behind the glass door. Of course there's trial and error and I have a handful of pretty cool shots of players skating through the shark head. 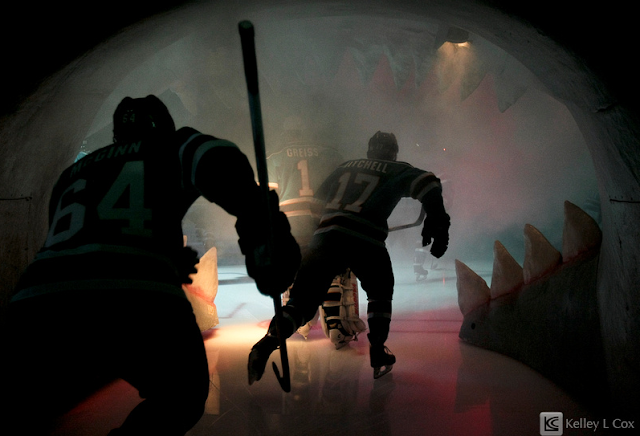 And my favorite of Patrick Marleau, by himself, with the spotlight on him =) 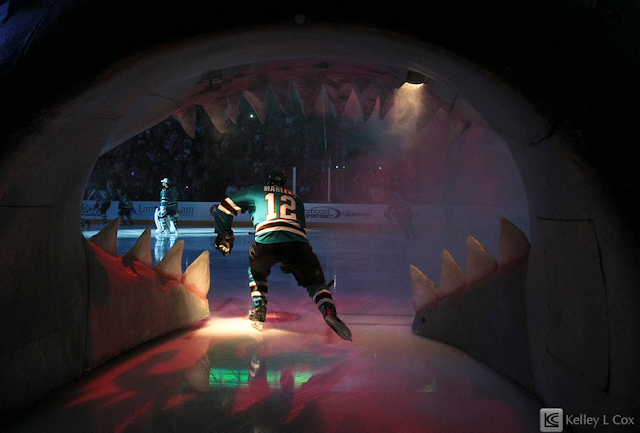 Then game time. Ducks put up the first points on the board. Thanks to Teemu Selanne who scored twice for the Ducks. 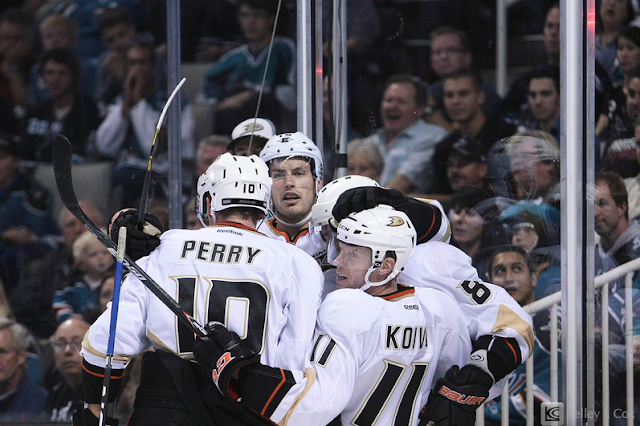 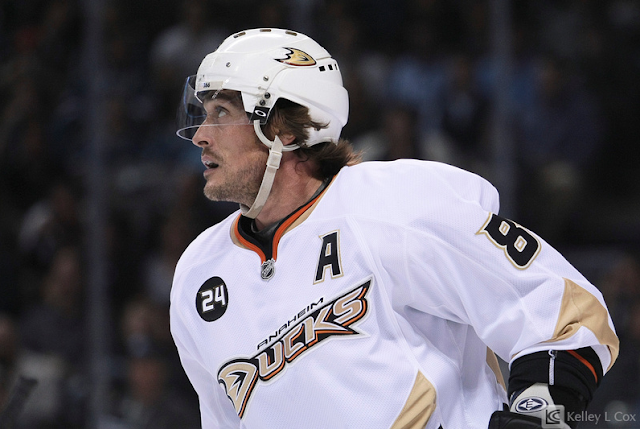 Sharks were able to answer thanks to two Ducks players being sent to the penalty box. I like that fouls in ice hockey and water polo (any other?) have you sit by yourself, like kindergarten, to think about what you did ;-) 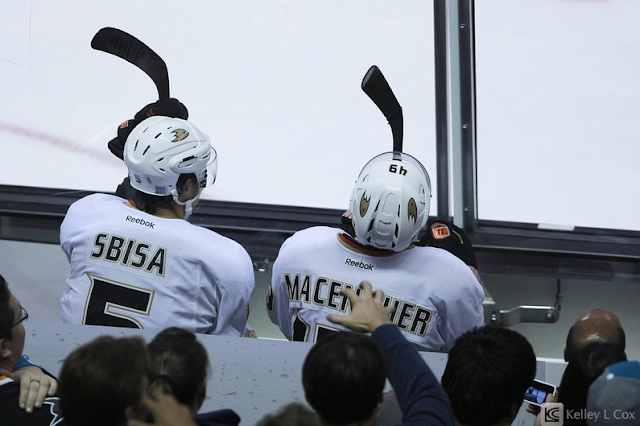 But it wasn't enough. 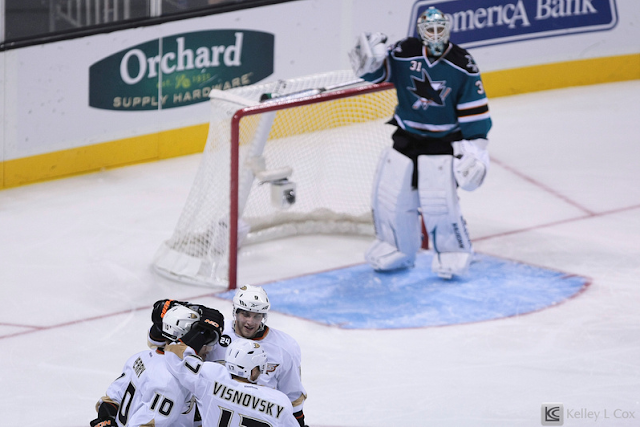 At one point Douglas Murray, went down and lost his stick. 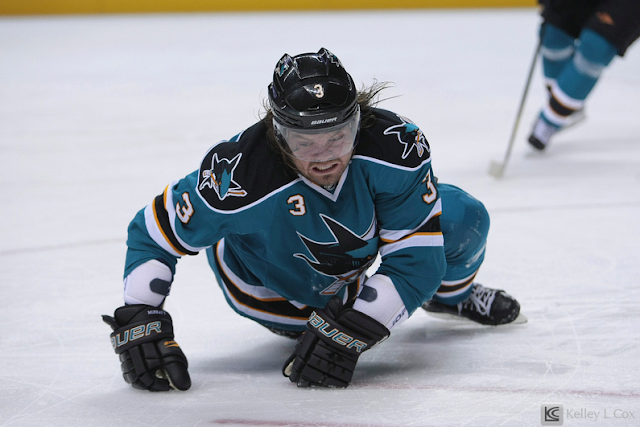 Instead of skating away from the action to pick it up, he first just put his body on defense, until he was able to make the hand off from center Michal Handzus. Figuring, if one person doesn't have a stick near the Sharks goal, it should be someone other than one of your top defenders. 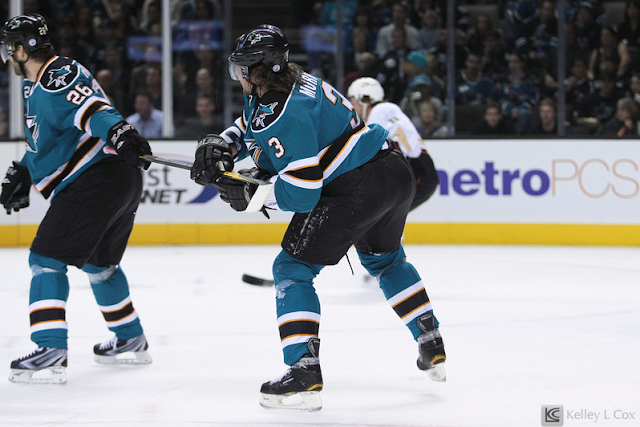 Oh and of course there was a fight, always fun to shoot. It's funny because the fight from the Giants vs Phillies game moved everywhere, but photos of hockey players fighting never really move, I guess because it's just so common. Still, not to encourage violence, but, it's really exciting to see a hockey fight =) 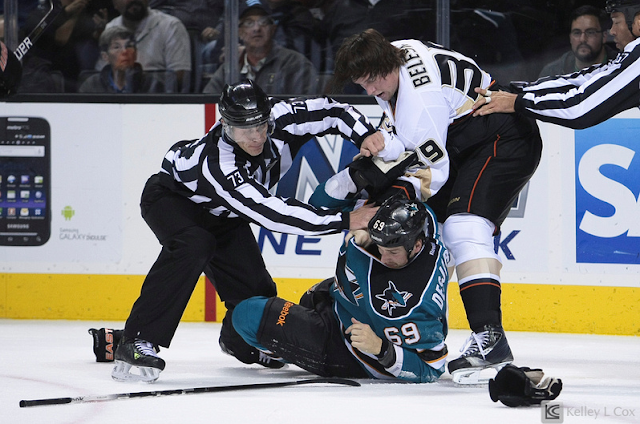